Comics Panels - THEY ARE FUN!!

Hi All,
Myself and Nick Prolix are running a weekly mailer. This is an article that caused a lot of conversation a moth ago when we ran it. In an effort to get a few more people on the list it is reprinted here for your pleasure.
Sign up over at www.tinyletter.com/cockneykungfu
Enjoy.
An Idiot's Guide for Running a Comics Panel.

Yes. I'm not an expert. Who of us is? I've moderated around forty panels in the last five or six years at various venues and also over the last thirty something years attended hundreds. Even when you have a great guest they can be a gamble as to whether they are engaging or even just plain interesting.

Here are just a few things that have occurred to me over the last year or so.. Take 'em or leave 'em. I don't have a Scooby Doo what I'm talking about at the best of times... 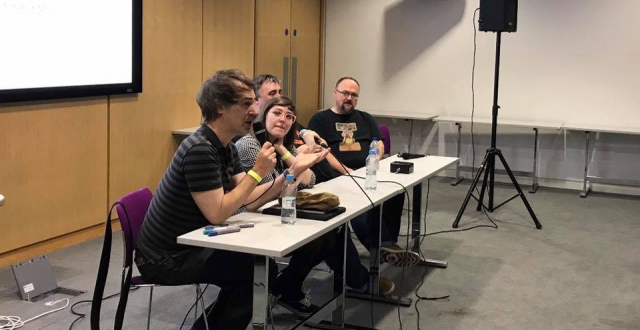 A panel is at it's heart a communication between the moderator and the guests and also communication between the guests with each other. There is a definite energy in the room that you have to work off. Email the guests at least a day before with a couple of sample questions and ask them if there's anything they'd like to cover. I've opened group DMs on Twitter in the past so they can get to know each other beforehand.

I would suggest that as people wait for it to start that you update them. 'We'll be getting started in five minutes or so, later I'll be asking for questions from the audience'. That sort of thing settles people down. Panels rarely start on time as people are late, the mics don't work, people are chatting. Be relaxed, it's all good.

I love comics and I try to get that across. I smile and joke and try to get over what should be a fun event for those attending and appearing. But when you are standing out there trying to extract answers from some guests you have two pieces of armour:

1. Research. Know who you have on your panel. What they have worked on, what they are working on now (and most importantly) what they have coming up and if they can talk about them. Make sure you have read their work as they'll often throw a couple of tests your way.

2. Prepare more than the number of questions you think you'll need. It's a cold hard and uncomfortable silence if you are standing in front of a crowd lost for words. Allow these questions to head off in a couple of directions if required. I like to throw the odd fun one in there if the mood needs lifting. ('If you could draw a celebrity into a story who would it be and why? or 'Who would you love to see X beat the crap out of? - that sort of thing).

I love talking about comics and with the right guest you can get them all stirred up by asking about their influences. If they bite you'll all get lost in their nostalgic memories of comics and creators they loved and admired growing up.  It's a good little tip to get the juices flowing.

Comics professionals whilst normally great company can sometimes be a strange and occasionally obtuse bunch. I have witnessed a few who make use of arrogance and pomposity to hide their lack of social ability or just plain absence of confidence. One artist I recently interviewed could literally suck the air out of a room from the very start.  But, and this can be a hard pill to swallow on occasion, try and remain positive. I watched a car crash of a panel a few years ago where the guests were just plain rude to the moderator and kept ignoring the questions and holding their book up to show the audience. My advice would have been to move on to future projects at that point and then arc back to what you wanted to originally talk about ten minutes later.. 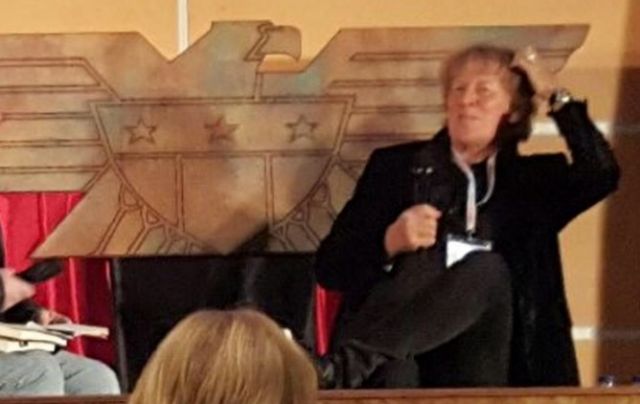 When manoeuvring around your discussion it's also a good tip to let them promote (but not over promote) a favourite or current project/kickstarter they have. This little tickle on their ballsacks (other parts are available) is often enough to get them enthusiastic about other areas of the conversation.

If you have a number of guests on the same panel then don't just ask the same question down the line. Ask it from different angles depending on who is next up to answer. On a recent panel about 'Breaking Into Comics' I asked what tips they might have. One of the guests is an editor so I switched the inquiry to his field of work when we reached him to 'As an editor what tips do you give when you view a portfolio?' It keeps the audience engaged and stops guests trotting out prepared statements. Bump onwards between the guests, jump around between the order you ask the questions.

Different types of panels and approaches apply for different events. Who are the audience. High Brow? Some people love the 'influence' question and swim in a sea of 'the more obscure the reference the cooler you are'. Watch out for fake french accents and indie darlings. 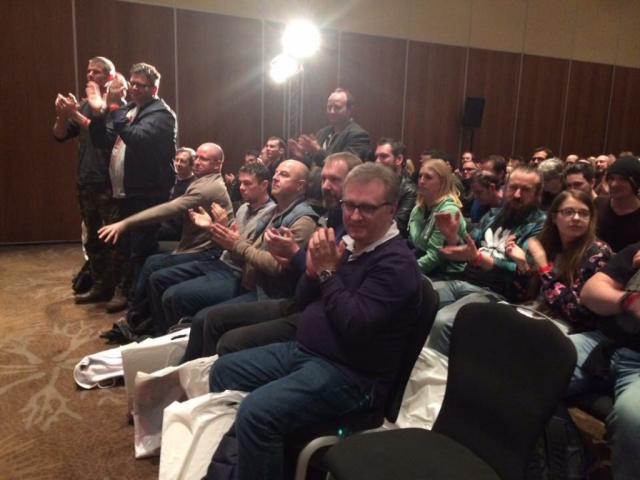 Hardcore fans? Be afraid. When I have run 2000 AD type panels the fans are ferocious. You get something wrong or show any form of weakness they're on you like a pack of jackals. Chewing you up, spitting you out and chuckling as they do it.

Family audience? No swearing! (I find this difficult) Parents are actually quite forgiving but that doesn't stop me feeling mortified when I let the odd bomb slip.

Small Press? In my experience attendees at these events will quite often know the speakers and be there to support them. That's something you can play on by offering more than the usual amount of questions to the audience.

Spotlight panels can be fun but will drill down into the subject a little bit more than is asked for by your average convention punter. These panels are generally personality specific and require a lot of research. I was lucky enough to be asked to run the 'Pat Mills Spotlight' panel at the 2000AD 40th Anniversay Event. You really have to be an expert for these. Do loads of research and try if possible to watch/listen/read their other previous (especially recent) interviews. Try and offer something that these have not.

Don't make the questions obvious. I co-chaired a panel a couple of years ago and the other host wanted to ask 'Where do you get your ideas from?' (yes, seriously). Ruminate a little on what you think will work and keep notes. Hone down some of the more insightful stuff, showing that attention to the details will help with the answers. 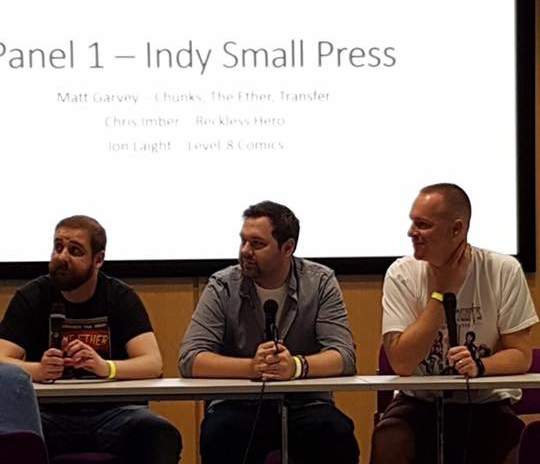 This is very important. Make the questions short. Long questions are both boring and often designed for the interviewer to show how supposedly intelligent he/she thinks they are. The guest will also lose track. There's nothing worse than hearing a loooong question to which the guest (thinking they are hilarious) answers it with a 'No' or 'Yeah' or even a 'Sorry, what was the question?'
Let the guest talk about subjects they feel comfortable with. Probe their answers and discuss what they are aiming at. But don't look for that bit of dirt ('So, why did you try and kill Jim Shooter?) that will only accomplish the panel getting mentioned on Bleeding Cool (and nobody wants that).
Above all make it an event that everyone in the room will enjoy (including you). I don't get paid for these but really enjoy running them. There's nothing better also when you get a 'thanks dude' from an audience member.
Many thanks for reading.
Posted by Tony Ez Esmond at 09:26