I will be there covering the event. 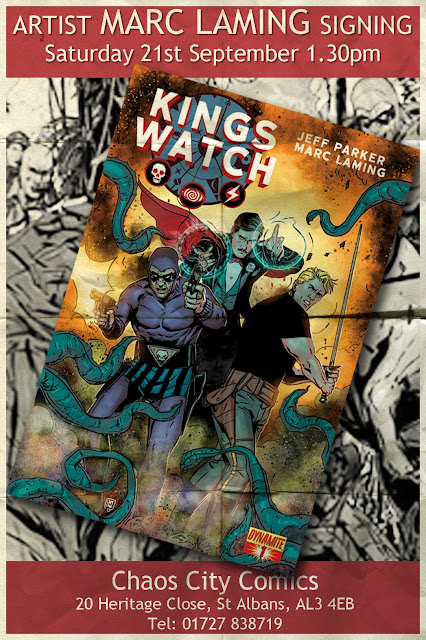 Marc Laming just posted this on his twitter feed.
Awesome! I am chuffed to fuck (that means very pleased!)
Kings Watch issue 1 from Dynamite Comics (out today) featured this!
Many thanks to Marc Laming. He made this comics fans year! (At least). 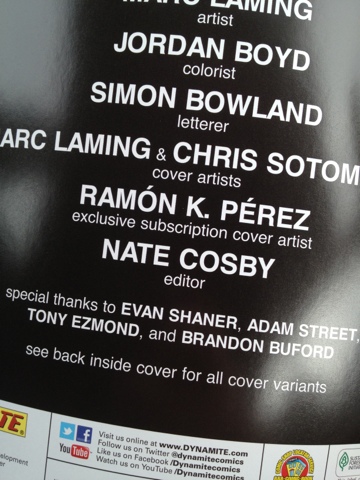 Cover of the day. 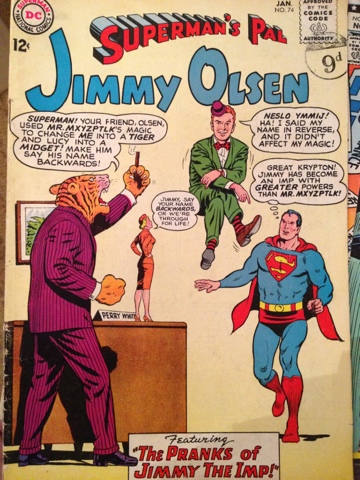 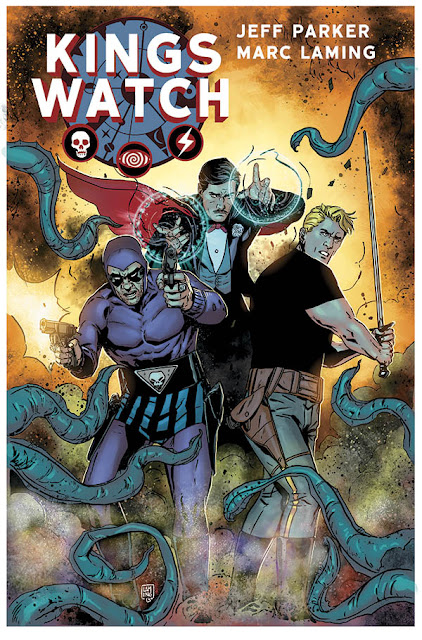 There are strange lights in the sky. Crazy monsters, hooded villains and sexy mystical women are gathering and the world is going to shit quick. Flash Gordon, Mandrake the Magician and The Phantom (with added groovy cast members) band together to take on these strange events. Kings Watch is the mini-series that reintroduces these characters back into the world with a vengeance.

Cards on the table.

It’s no secret that Marc Laming is a great mate of mine and one of the pillars of our local Comics Club. In fact we first met at a signing when he was doing Planet of the Apes for Boom Comics a year or so ago. He remains one of the best artists out there. His style has a traditional noir style to it. You can see some Wally Wood, Alex Toth, Howard Chaykin and Alex Raymond. For me he is easily one of the best artists out there stylistically along with Alex Maleev, Nic Klein, Michael Lark, Butch Guice and Mike Perkins. All part of a pleasing trend at the moment in comics that combines great art and superb storytelling ability. And he sure can pull off a horse.

Jeff Parker has also featured heavily in these pages over the years and I have always made lots of noise to those that listened about his excellent Thunderbolts run at Marvel Comics. His work is always full of cool dialogue and nasty edged action.

I also think that Dynamite are really on the top of their game at the moment. Having always been a fan of the old pulp titles I am now buying more of their books than DC Comics. They have been trying some crossovers recently with their Masks and Dark Nights series. This book looks set to top the lot.
I have genuinely not been this excited for a new release for years. Having been privy to some preview pages I can guarantee that you are in for an excellent book.

A two fisted, non-stop exercise in cool storytelling. Kings Watch brings back this bundle of King Features characters in one interwoven story that spans the globe. Defenders of the Earth with added edge and some John Wu ‘fuck you up’ attitude. Spin into this mix some genuinely funny moments (I get the impression that the Flash / Zarkov interactions are going to be a highlight) and this is really rolling into Dynamite’s best book to date. 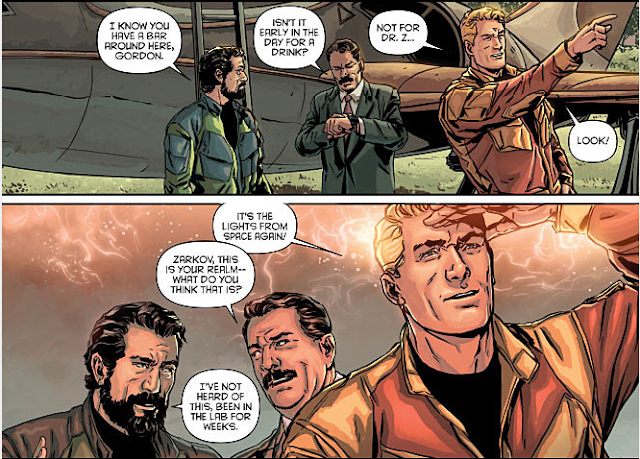 But I think that it’s The Phantom who seems to be turning into my favourite so far (at least from what I have seen). The moments where he is fighting a dinosaur creature in issue 1 looks like it’s been thought up by Jack Kirby and drawn by Al Williamson. There’s a little bit of Wolverine, some Wildcat and a whole bunch of Batman Year One in the mix. He will keep punching you until you drop and looks fucking cool (even in those stripy shorts). 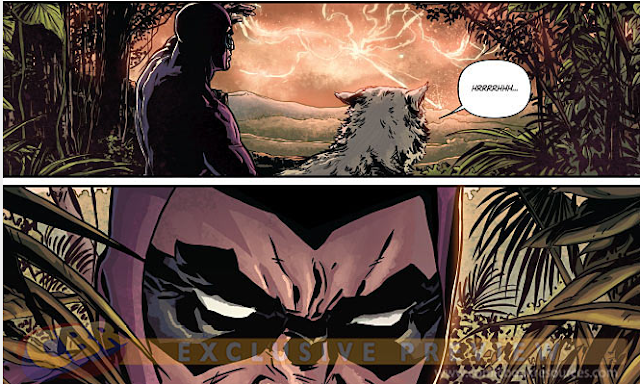 The colouring on the book is also worth a huge shout out. Above and Beyond artistry by Jordan Boyd. The richness of the colour jumps out at you in each panel. Just an incredible attention to details. Magnificent stuff. 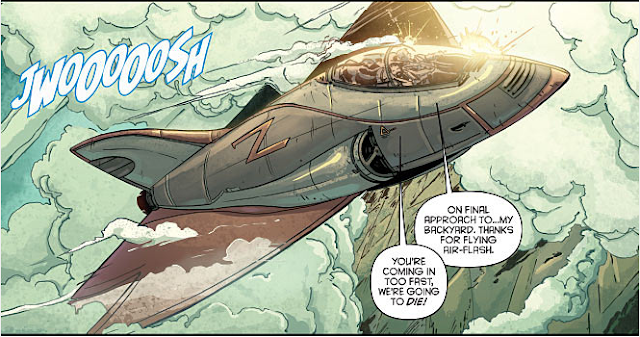 I urge you to pick this book up. In my opinion it's going to be the next big thing!

If you fancy hearing more about this book pre-release there’s a great interview with Marc and Jeff at www.noncanonical.com

You can also find more of my humble mumblings and those of Comics Club @Ezohyez or at the comics pages at www.beardrock.com