In Review - ‘Dick Turpin and the Vengeful Shade’ from Time Bomb Comics. 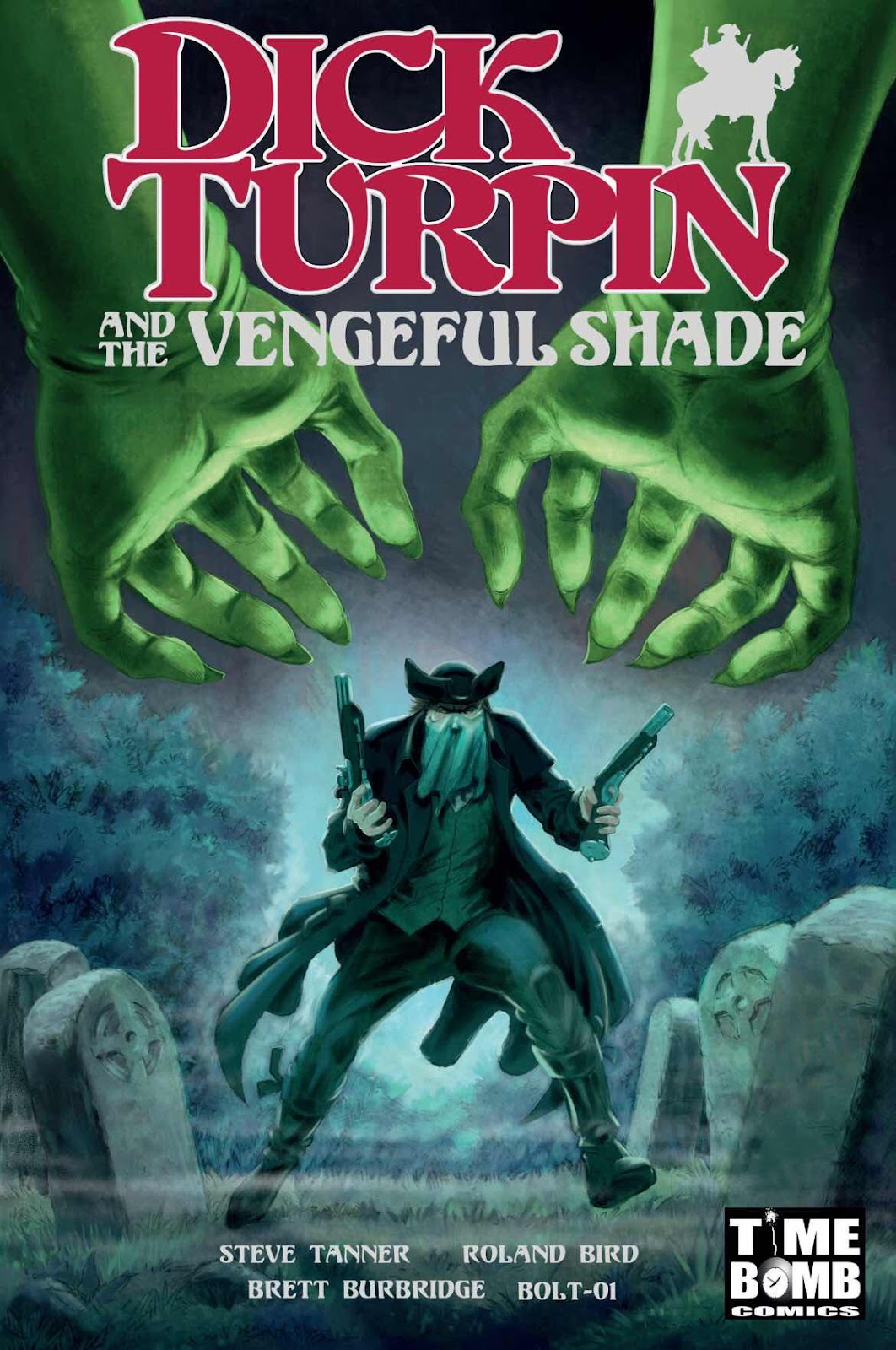 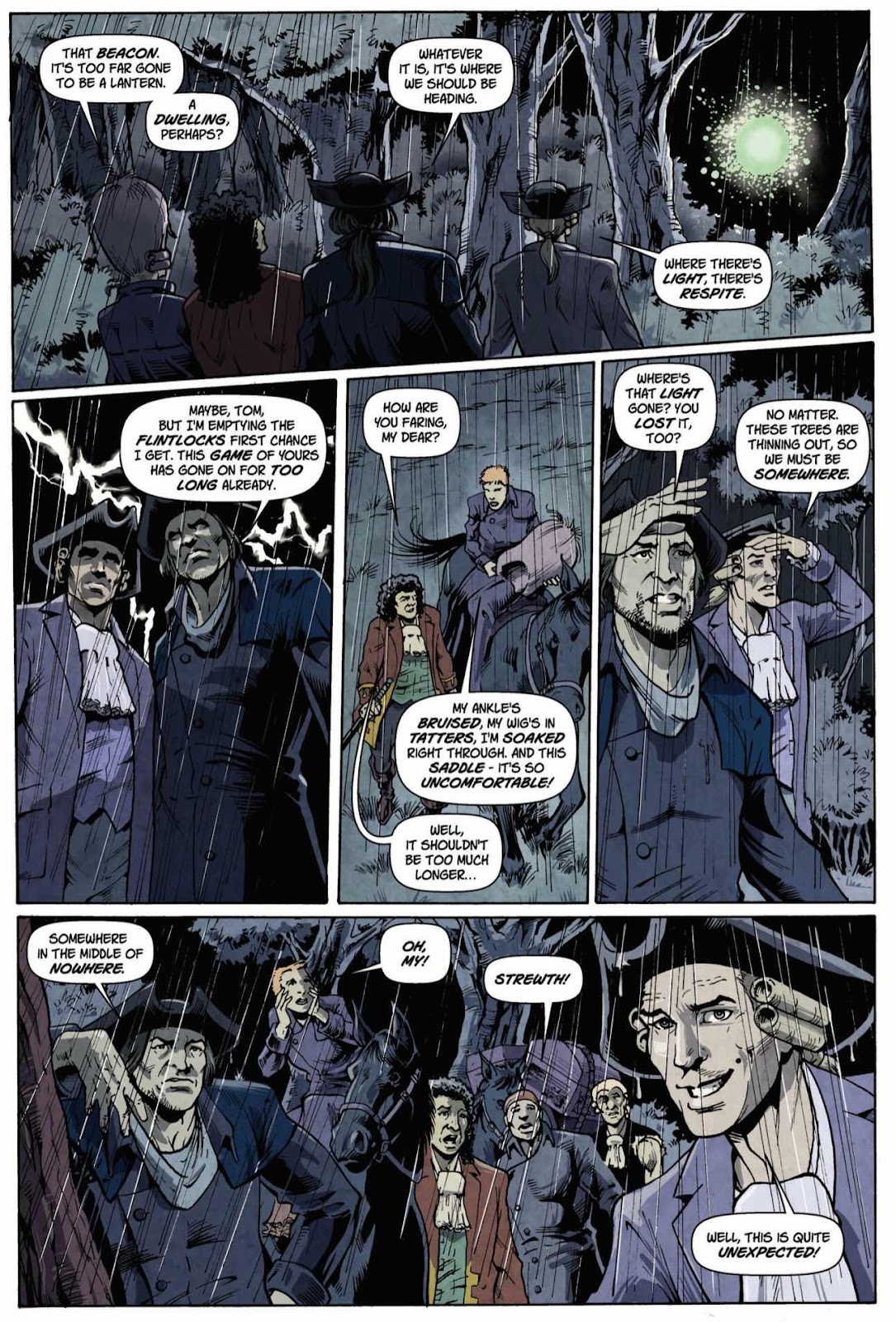 The Story - It is 1731 and a stagecoach is travelling through the night on way to London through Epping Forest. Inside are the pampered rich complaining about their rainy journey, whilst on the outside and just down the road Dick Turpin and Tom King wait to rob them. The coach crashes into the felled tree Turpin has prepared earlier and initially the highwaymen play the roles of concerned strangers. With the rain bucketing down around this group they head towards a strange and mysterious green glow and discover a (mostly) abandoned country house.
Turns out that this mysterious house was once a monastery and the group bed in for the night. And that is where I will leave this story summary for the moment. You can fully expect the story to head off a cliff with action and horror shortly after this ..........
There are rats! Fuck, I hate rats!

The Review - At first glance this would be a story that would be called elsewhere a ‘Classic Haunted House’ horror story. It is indeed fixed within that genre but it also has much more going on throughout the pages. The historical setting allows for the writer to litter in period specific references and language. I kept a browser open whilst reading and had a little look for example at ‘The Bear in Southwark’ - a place in London that one of the characters references. It turns out to be a disgusting pit of Bear-Bating and Prostitution (I must read more about that later!) It’s through both the storyline that is full of scares and also the scene settings in this year of 1731 that allows for much of the atmosphere of hopelessness and dread that marches onwards through each act of the story.
There are many villains in this comic and that is a fact. None of the cast are perfect least of all Turpin but there are also almost thematic antagonists. It’s difficult to fully explain as the main reveal doesn’t happen until around twenty pages into the book.  But this comic manages to grab a past event that we all know about from history classes and makes it real and dangerous and immediate.
‘It’s Latin - something about souls and damnation.’
The iconic image on the cover feels a little too stock footage and muddy for a story that is totally more immediate and in the moment? At least for my tastes. Roland Bird on interior art duties pulls off something that is of clarity and drama. He has a touch of the Alan Davis about his line and he makes use of some great camera angles and scene setting. You always feel that you know whereabouts you are in this haunted house, you can feel the coldness of the walls sand the dampness in the air. He also pulls off some great facial acting, especially in the angry and pragmatic actions and reactions of Turpin.
The colours by Brett Burbridge also convey that nighttime isolation so important to building the tension. Whilst Bolt-)! As always carries out solid lettering duties.
‘Perhaps this is it Turpin? The night we finally face judgement for our considerable sins.’
The story ramps up and then explodes in action. The attacks keep coming and you can’t tell at any time who will make it to the last page. Beyond the life and death situation this is also a book about learning lessons from the past. We get a flashback sequence that fills in some of the gaps. I’m going to say that this broke up the flow somewhat for my personal reading experience and could have done with being placed earlier in te story. It also was a little too long in its explanation for my tastes.
There are other themes that Mr Tanner creeps into the narrative that really interested me. The theory of retribution, punishment and justice weigh heavily on the narrative and also the tone. There is a great little nod to one of the characters being catholic when he produces a rosary that not only made an historical point but also a poignant one. Layers that provide a much more interesting reading experience are throughout. Nicely done.
Overall this is a great read full of unexpected twists and some strong character building and dialogue. 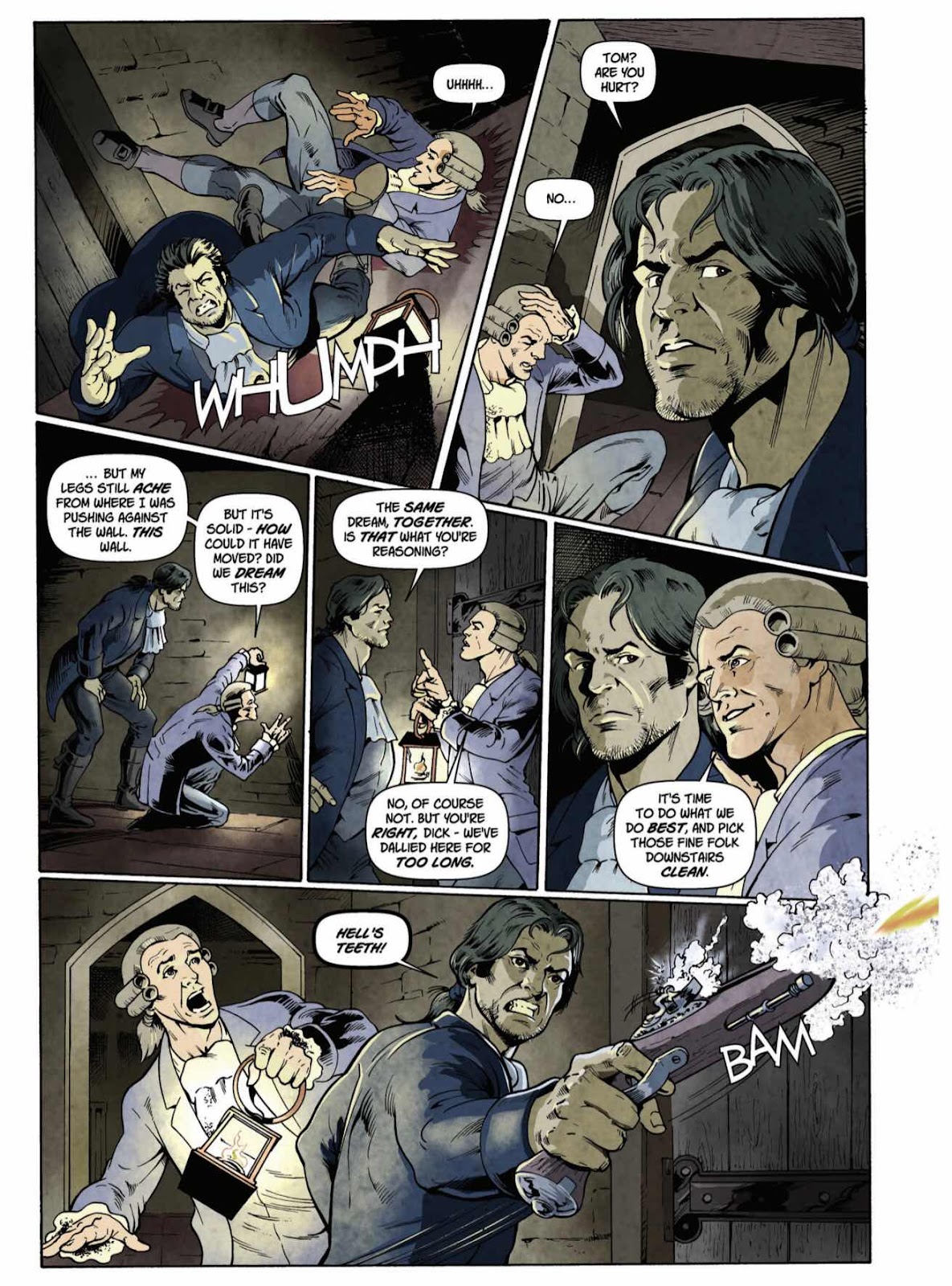 Head over to the Time Bomb website and grab yourself a copy. Here’s the link https://timebombcomics.com/
Many thanks for reading.
Posted by Tony Ez Esmond at 00:02 No comments: