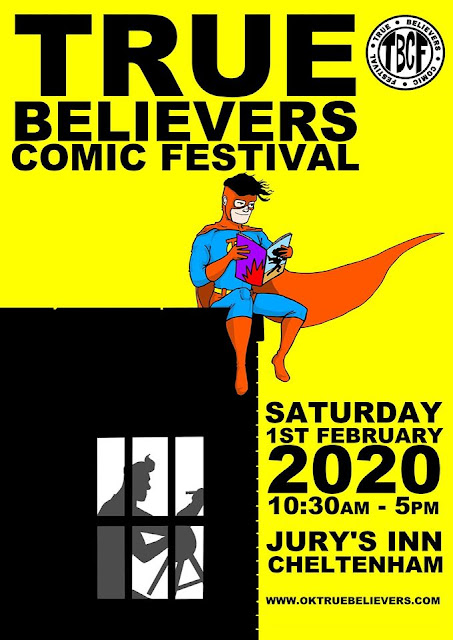 It's that time of year where the brilliant True Believers Comics Festival is almost upon us. Now in the Jury's Inn Cheltenham it is a glorious celebration of all things comics.

I thought I might give a short run down of some of the indie and small press releases getting their first outing at the festival. 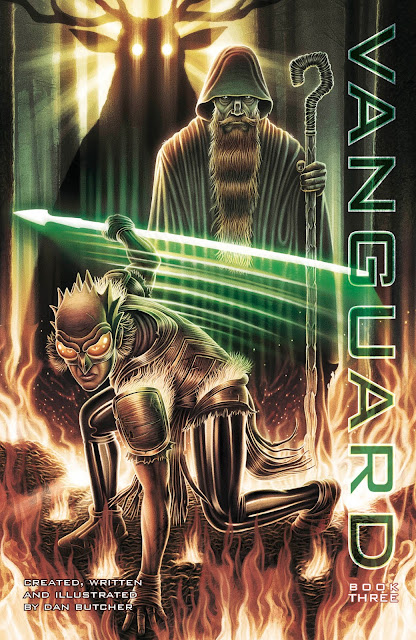 What can you say about this blockbuster series that hasn't been said already. It is firstly a shining example of what can be achieved in the small press. A webcomic first in a series told in definitive issues that has now been formatted into what is a rollercoaster of a three volume series.

A full fifteen years after the original Vanguard died to save a nation a new breed of hero has risen. They are pitted against a corporate ruling tyrannical system of faceless and ruthless tech warriors. Absolute class storytelling from Mr Butcher here in this volume that collects issues 10 to 14. 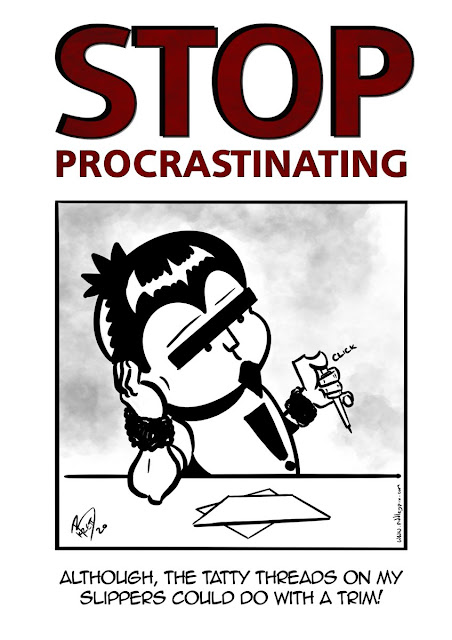 Another great comic strip collection by one of my favourite people in the UK small press comics community. Kev has a funny and light-hearted demeanor that clearly hides this sarcastic and satirical narrative style. He will be saying in these semi-autobiographical strips what you have all been thinking without a doubt. Short, funny and punchy little stories that you will enjoy and get a chuckle out of.

Find more about Kev and his art and design work over at http://www.kev-brett.co.uk/ or find him on Twitter @kev_brett 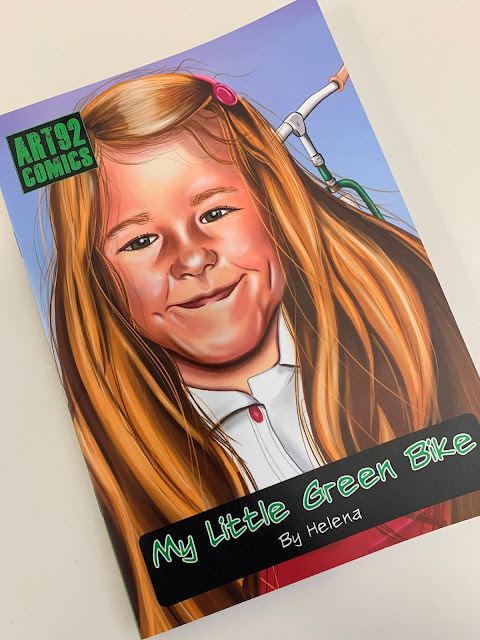 Showing what can be done with a gentle combination of art, short sequentials and first person narrative this is a story told by an adult about her days out on her titular bycycle. This is a touching and almost poetical retelling of those summers of our childhood years. Being taught to cycle with stabilisers by our Dads and all the knee scrapes and accidents that we got up straightaway from and just got back in the saddle. Told with a sensitivity that you don't often see and well worth looking out for at the festival. 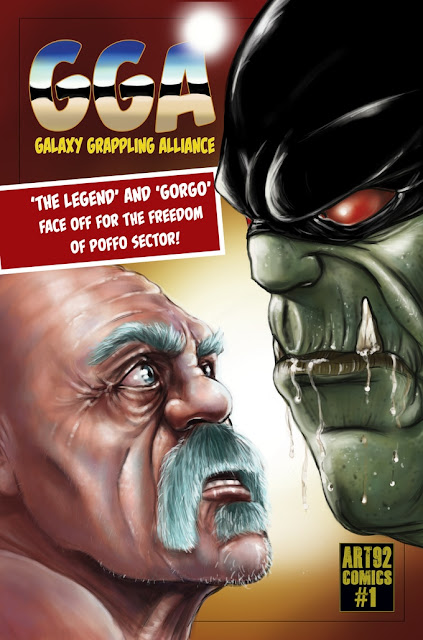 This looks a whole heap of fun and I've had a sneak peek at it as the Kickstarter funding this project is about to triumphantly declare it's well-deserved success.

Peace is maintained between otherwise warring planets by representatives of the governments wrestling each other. This comic series makes no excuses at being a no holds barred smackdown of epicness. It also gives a little wink and grin towards the big industry and media moguls behind the sport. Part of an ongoing series from an exciting new creator. 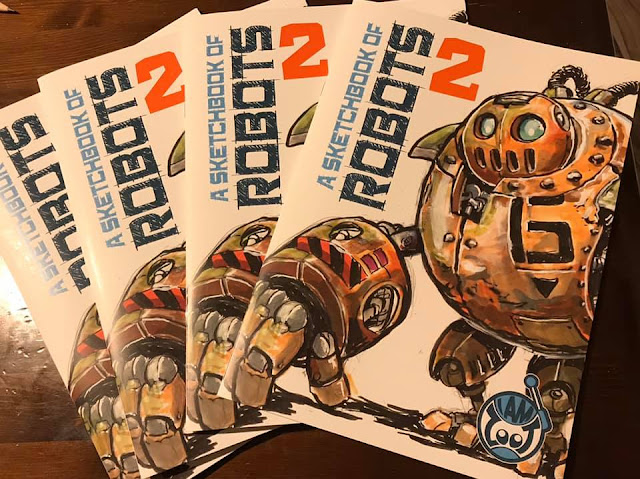 A Sketchbook of Robots #2

It is always a top week when I am able to get my dirty hands on an Andy Hanks sketchbook. For those that haven't seen his work before I'd invite you to look him up on social media or buy a copy of Making Comics With Springworth and marvel at his artistic mastery. This is one of his favourite subjects and looks absolutely amazing. I have ordered mine already!

Find Andy at his Instagram page and not only will you find robots but also the odd pair of boobs. https://www.instagram.com/i__am__zoot/ You can also follow him on Twitter @Zootbot 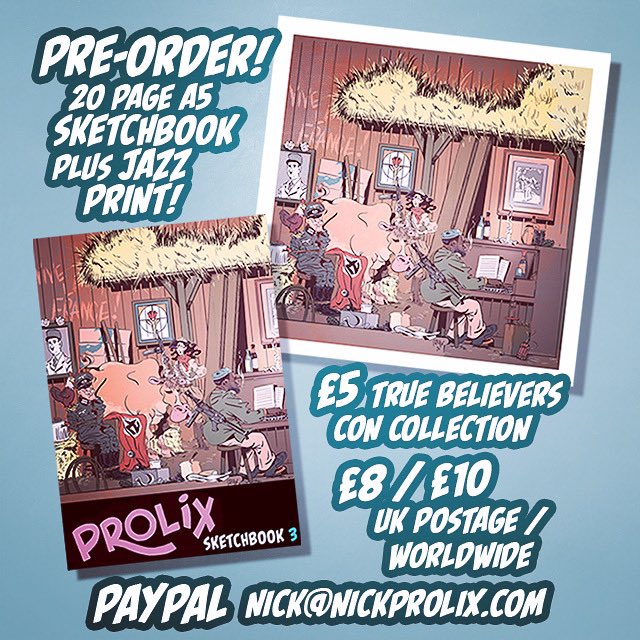 Another sketchbook that is a must-buy at True Believers is the new one from that retro Beat Poet of the indie comics scene Nick Prolix. His style combines the hip with the nostalgic and travels a BD/British comics dual highway of line and influence. His work should never be passed over!

Add to this sketchbook the chance to get your hands on his new Thelonious Monk jazz inspired print and you are on to a freestyling piece of gold! 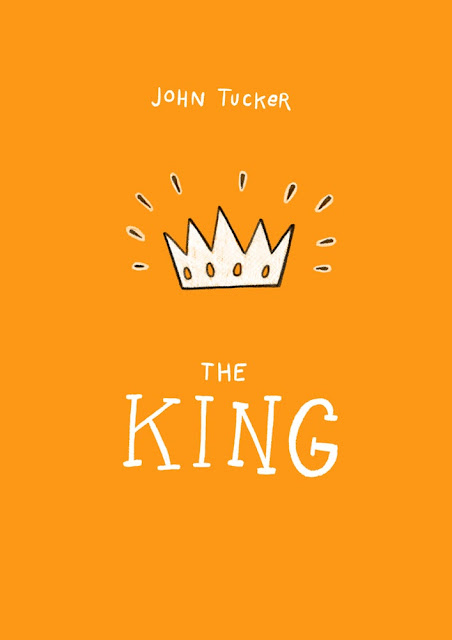 A book that I won't describe too much for fear of ruining the saucy surprise within. What you can expect is a tale of a suburban family who receive the gift of a large golden egg. The egg hatches and that is where the beginning of the surreal adventures begin. It's no secret that John is one of the most inventive indie creators on the scene at the moment. He turns the everyday into something unexpected and stories that are at once weirdly hypnotic but also funnily socially relevant. He shines a light on the obsessions and preconceptions of modern media driven society and then flicks you with a wet towel.

There's bound to be loads more to see, read and buy at this great grass roots comics festival. Sadly I'll be flouncing around Angouleme but please send me what you thought of the above recommends.