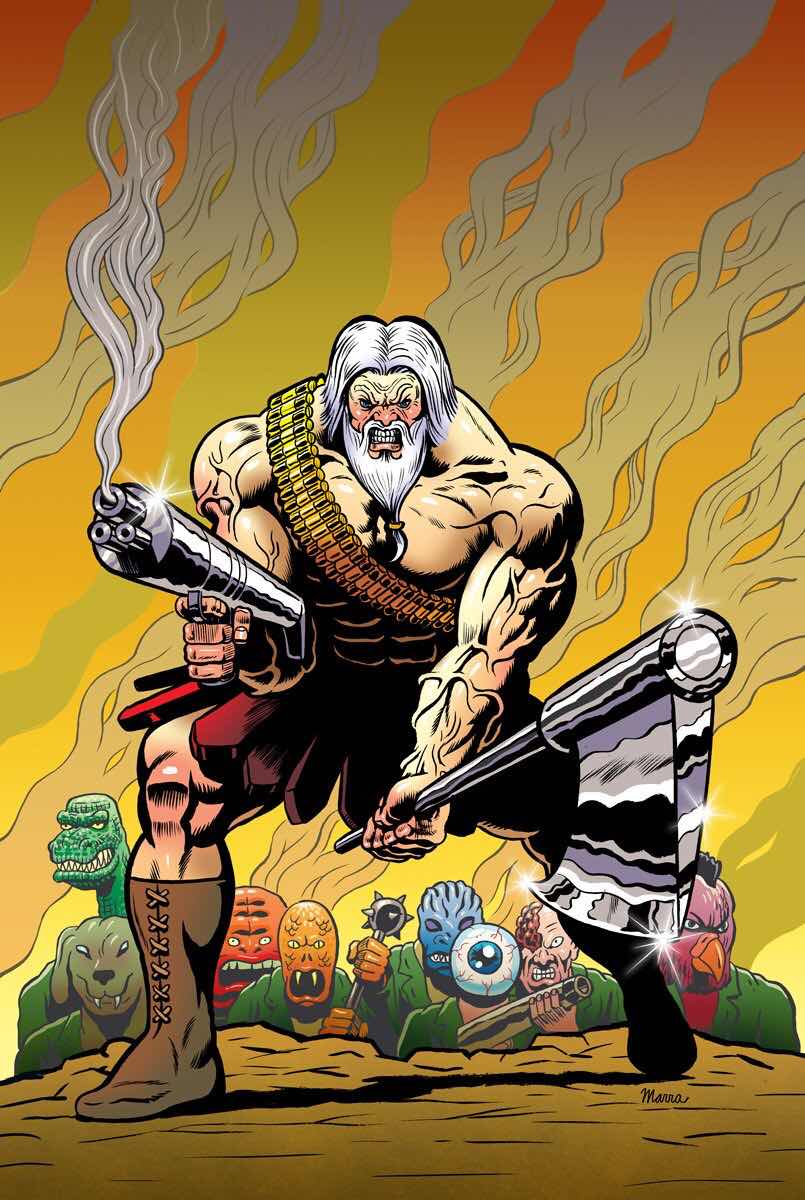 (Variant Cover - Ben Mara).
Yesterday was a full day of enveloping, bagging, planning, recording and chuckling at the Socially Distant yet fully diabolical and sweary Tribute Press Headquarters in a dirty basement in St Albans. 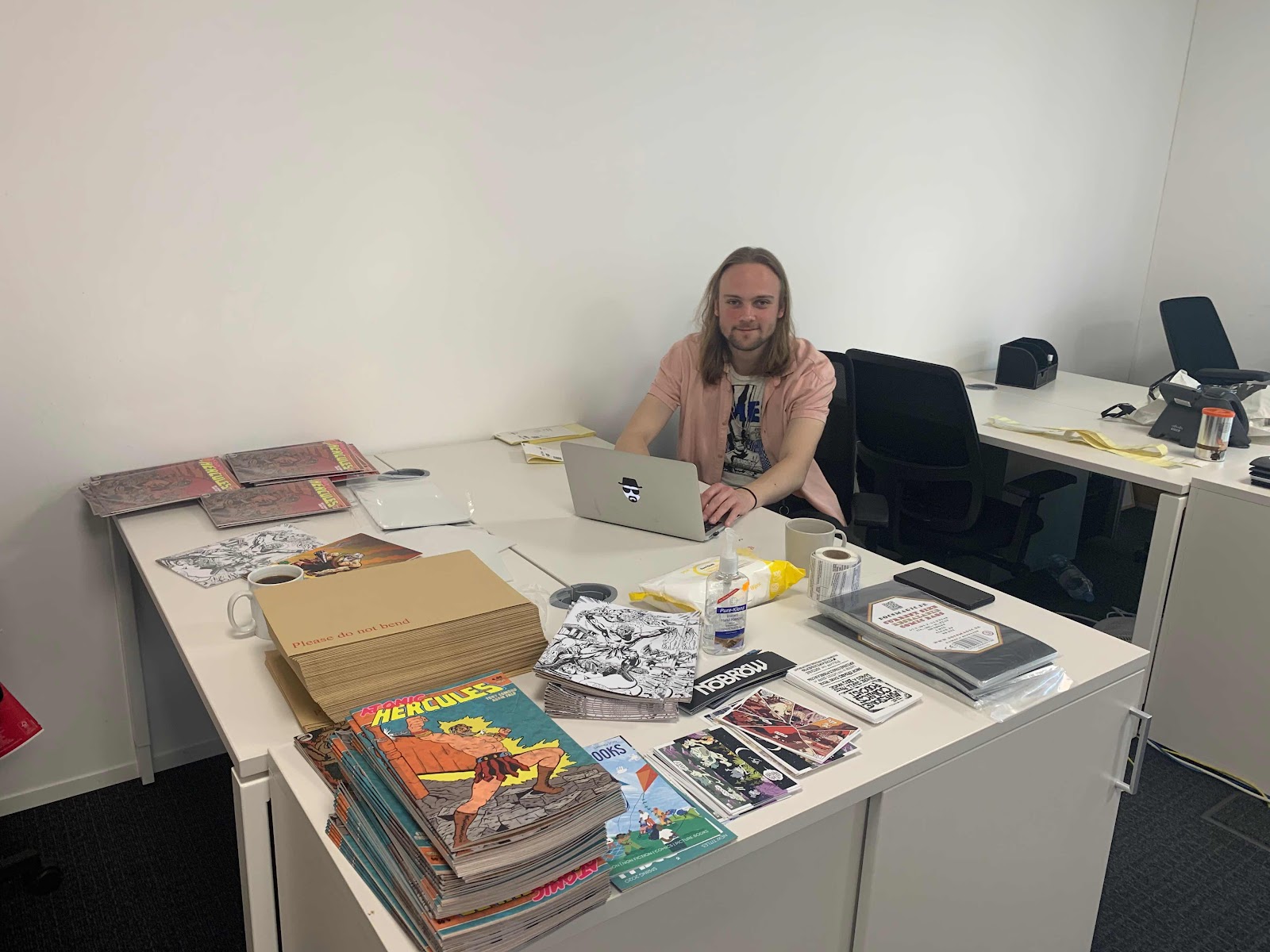 (Regulation Mask removed for aesthetic purposes but gel and antiseptic wipes on show!)
Myself and Co-Publisher Mr Adam Falp had a meeting at the offices along with a freelance Logistics Consultant to get this Kickstarter whipped into shape! It took a full six hours to get everything ready for posting and now all we are waiting on are the postcards to be added and they will be heading to the Post Office.
As those who are following the campaign will know there are two covers to issue 2. The standard cover by Adam himself and the variant by Benjamin Mara (see above). Like the variant we had from Ken Langraf on issue one this was another brilliant interpretation of Hercules by an artist both myself and Adam admire greatly. 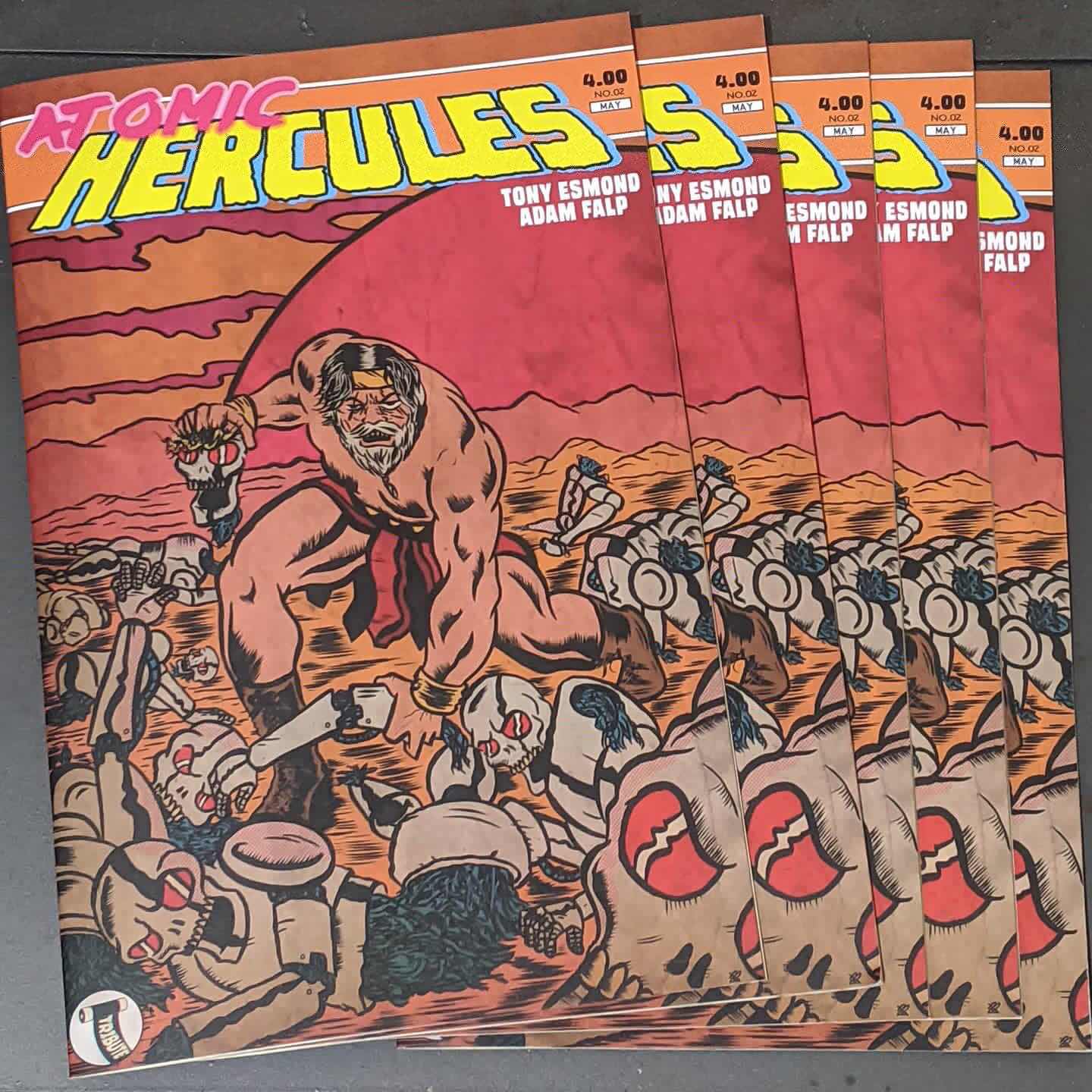 (Standard Cover by Adam Falp).
But as you can see above Adam was no slouch himself!
We can’t wait to get this into your hands. This has been a huge satirical love letter from start to finish. Sure it’s not for the faint of heart but we hope that we hit what we aimed at again in this second issue. We tackle subjects like bullying, war, love, sex, racism and more with a psychedelic lens that will hopefully become clear when you read it through. But if you want to read this just for the crazy violence and just plain weird sexual practises there is that too! Oh, and I also have a dig at Hipsters and the lack of adults in our modern world.
Adam has absolutely killed on this issue and added some great characters and moments. Along with Mr Nick Prolix you can see the faux Bronze Age adverts that Adam has also created! If you pledged to the project you’ll also get an extra digital only story with fan-favourites Noodles and Kristal and an audio commentary that we also recorded yesterday. 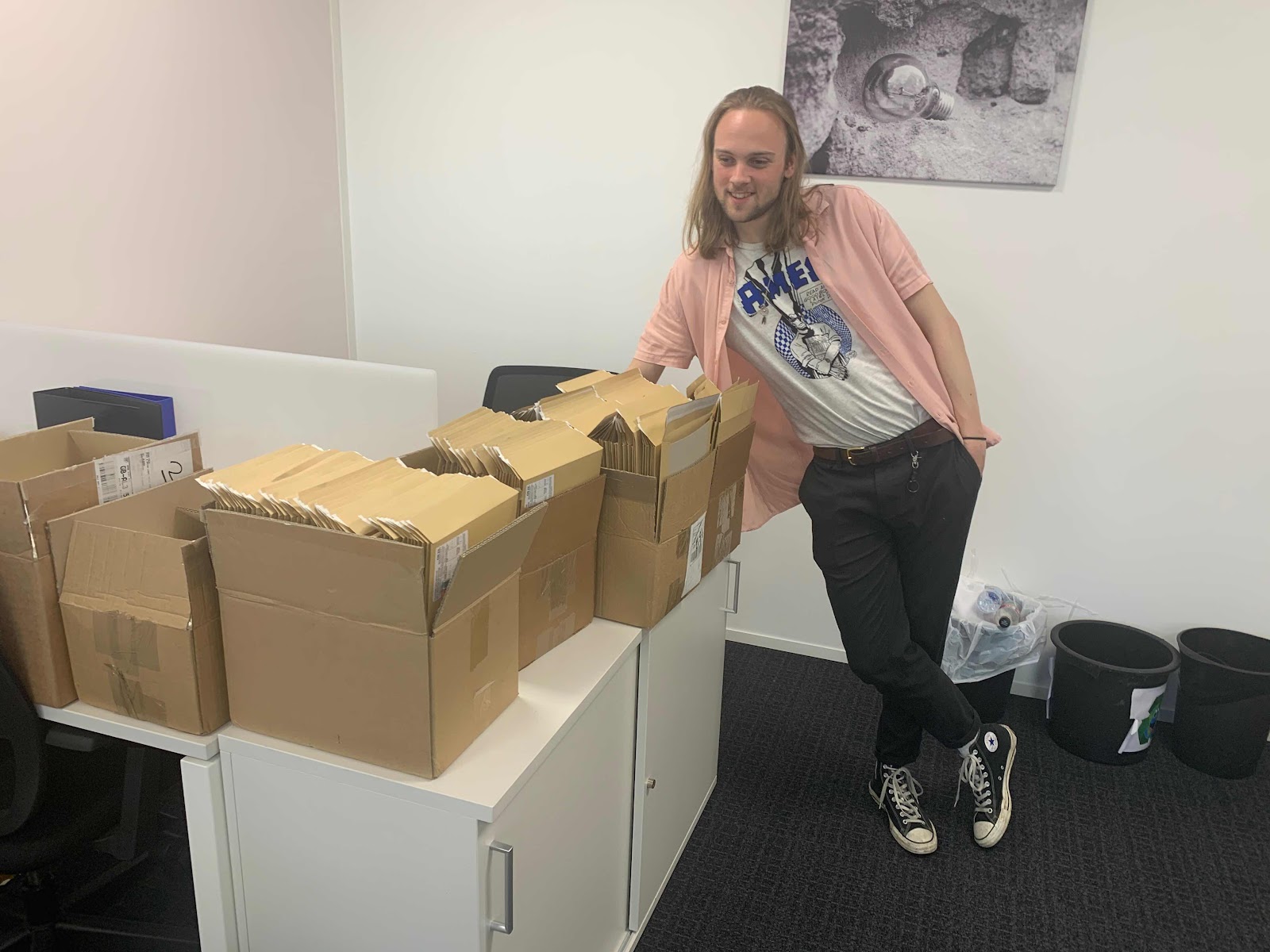 Please head over to Tribute Press here and follow this new imprint on Twitter @TributePress
If you missed out on the Kickstarter project you’ll soon be able to order the second issue through the website.
Many thanks for reading.

Hi Chums. Apologies that I've been a little quiet on here of late. I've been flooded with work and been creating some new comics (more on that soon).

I've finally bitten the bullet and started up a spin-off podcast that is running to keep people (including me) amused during this lockdown. Myself and a comics buddy have been talking about a comic, graphic novel, story or creator and doing a deep dive.

I thought that I would share with you a few of the recent episodes. 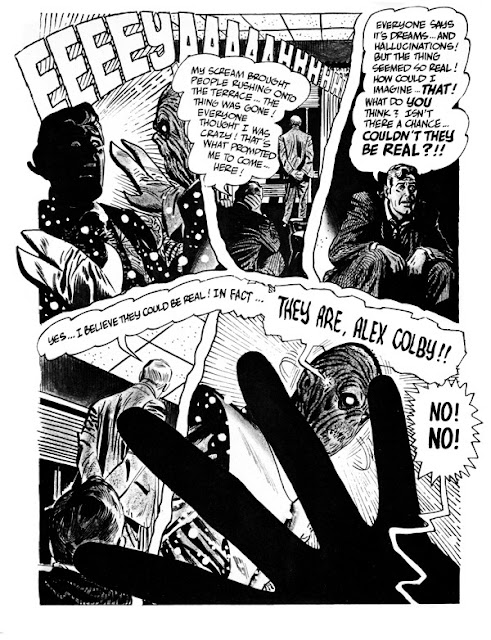 This was cracking fun and I got to sit down with Mr Canon and Mr Olson who helped me define why Alex Toth was such an incredible artist and why he should be more revered in the modern comics landscape.

Have a listen here Episode 13. 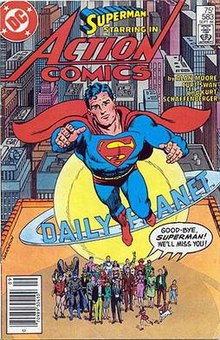 Episode 14 - 'Whatever Happened to the Man of Tomorrow' with Pete Watson.

Myself and Pete really get into the nuts and bolts of the two comic story that would mark the end of an era for Superman. Does it still work? How much do we miss Curt Swan? Is this the ultimate Superman story?

Have a listen here Episode 14 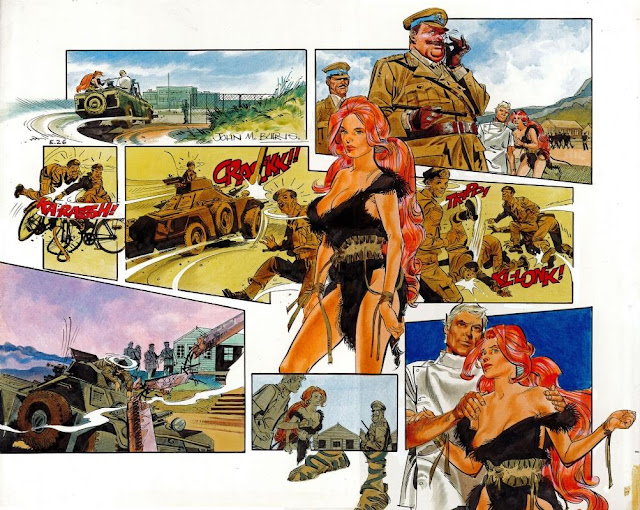 (Some John M Burns for your eyeballs).

Using the excellent new release by David Roach on the history of some amazing artists and showing their magnificant art myself and The Don of British Comics Richard Sheaf each choose three comics artists we love and talk about their history and body of work. It's a love letter to some amazing work that needs more attention.

Have a listen here Episode 15.

Episode 16 - 'Brian Lewis and the Halls of Hammer' with Jason Wilson.

Myself and comics creator Jason Wilson mix it up in the comics and movie adaption world of Dez Skinn's Halls of Horror comics magazine that featured the art of Brian Lewis. A creator with the ability to both recreate the character of Hammer Horror movies and then turn his style to action adventure, saucy comedy and much more.

You can have a listen here Episode 16. 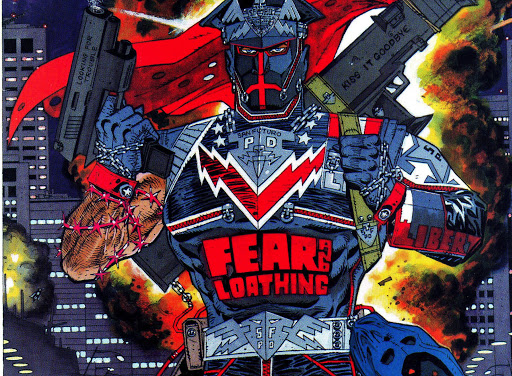 I meet up with Awesome Comics Pod brother Dan Butcher and we examine the themes and legacy of one of our favourite series. This is a book that breaks down the hero myth and examines those that put on the cape, those that worship them and he that hunts them.

Have a listen here Episode 17. 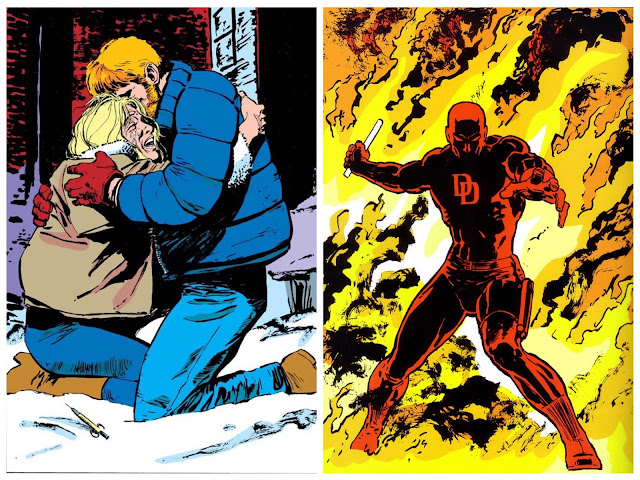 What a story! Told my two absolute masters of the craft. Myself and Eamonn from the Mega City Book Club Podcast really examine the moments, art and story-telling in this classic Daredevil run. A book ahead of the pack at the time and still in pure quality.

Have a listen to here Episode 18.

You can find all eighteen episodes with more being added weekly over at the Never Iron Anything  Podbean Page here.

Many thanks for listening.
Posted by Tony Ez Esmond at 04:36 2 comments: