Loving this new interpretation that Kieron Gillen is putting on Mr Sinister. He had always seemed to previously be a product of the 90s cartoon show and a bit second division.

This new twist (including the fact that he doesn't create female clones? Hmm wonder what that says?) is really interesting and hopefully has some real possibilities ahead.

The 'Sinister's London' setting has a real From Hell / Hidden Conspiracy aspect to it that's perfectly suited to Dustin Weaver's style. 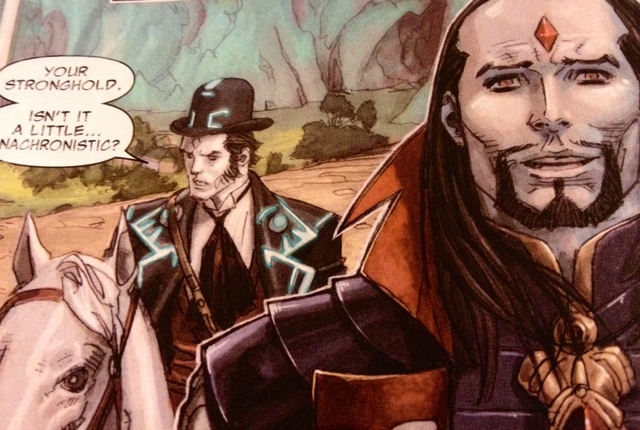