I have been attending Marts on and off since the 1980s and have always enjoyed the Royal National and was interested to see if it still had the same attraction in these days of dwindling sales and fan apathy.
It was actually a pretty good day (buoyed by the company I am sure) and I managed to pick up quite a few things I had gone with the intention of buying (always a good sign). I also bagged a signed Iron Man issue 1 for the Boy Wonder by Kieron Gillen who had a signings table in one of the halls.

The hall was not as packed as in recent years and I still recognised some of the same old faces.
I managed to plug a sizeable amount of my gaps in First Comics Warp, Starslayer and E-Man. And all for 50 pence each! 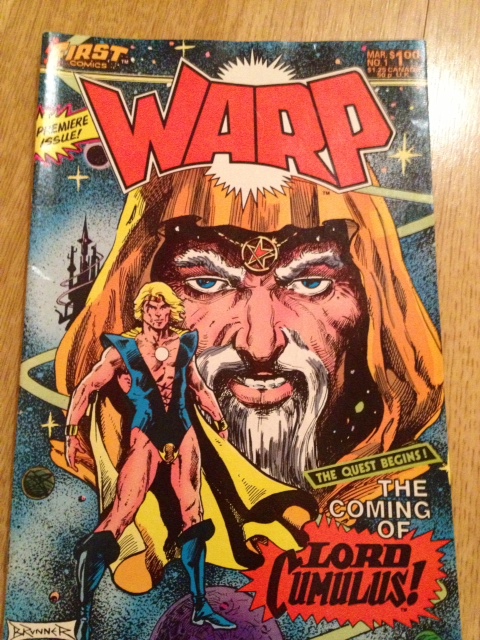 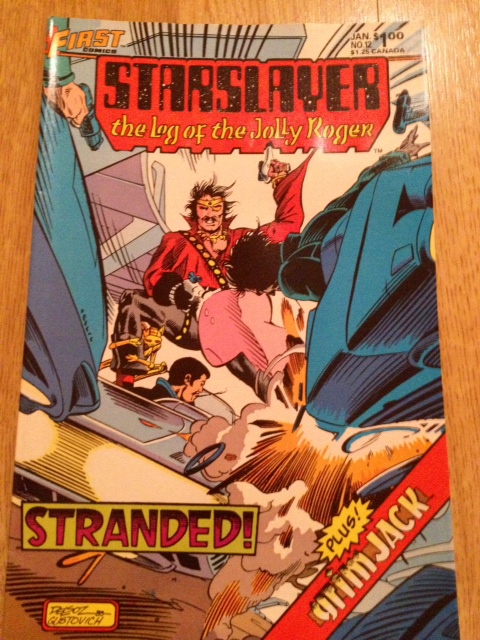 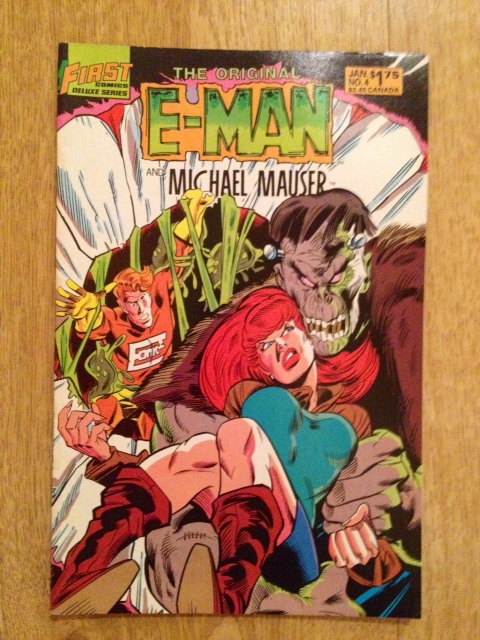 For me First Comics were a landmark company during the boom 1980s and I read nearly all of their titles and find them very enjoyable still to this day. They attacked genre without mercy and are worthy of a much more extensive review than this (I promise). Badger and Nexus (and especially their crossover issues) were always leaders of the pack for me. Both characters never really fully exploited since. You can’t help but notice how much Deadpool owes in tone and character to Badger.

Just take a look at this incredible cover by Steve Rude. 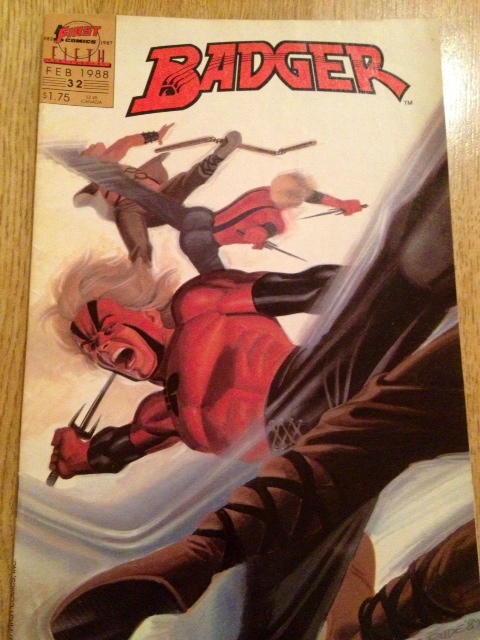 I grabbed a couple of issues of Starblazer digest comics for the sake of nostalgia. This series along with the War books DC Thomson put out have a quintessentially British feel to them and often (as was common at the time) fail to credit writers and artists.  If you can figure out which issues to order you can find stories written by Grant Morrison or drawn by the likes of Cam Kennedy, Mike McHahon, John Ridgway and John Smith. 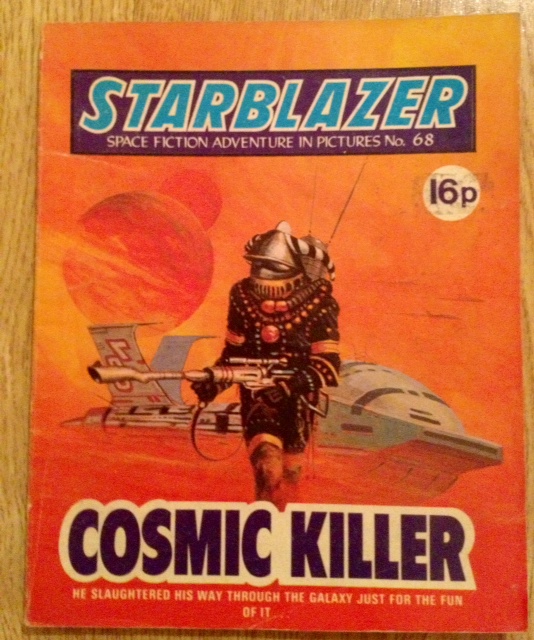 These digest books seemingly ran on and on and there were almost 300 issues running between 1979 and 1981. 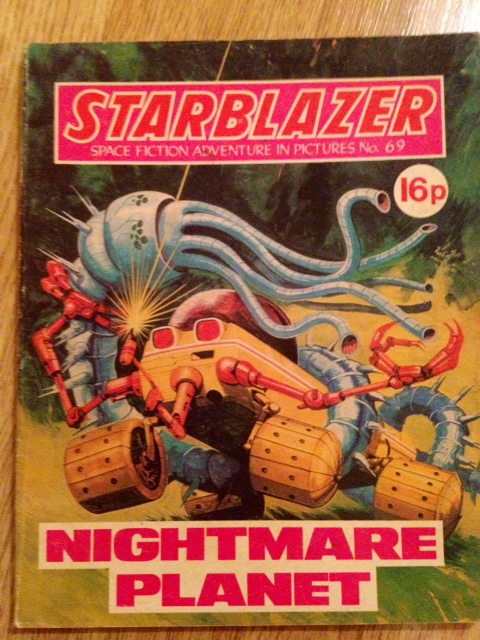 The stories reek of old school pulp sci-fi and often have a Trevor Hoyle or John Wyndham 'pre Star Wars' feel to them. I genuinely wish I had paid more interest to them as a kid. They are closer in style to the European books of the time than the American comics. Often slightly over dramatic but certainly weirdly British (think Blake's 7 rather than Buck Rogers and you will be half way there).

A great day but what the fuck is up with non stop DVD salesmen!??

PS If you are on Twitter you can find me @Ezohyez