Yeasterday was Free Comic Book Day 2014 and was the biggest one so far.
I started the day at my local comic book store Chaos City Comics in St Albans, Herts, UK. It's a pretty small shop and I was kindly let in by the owner Derek ahead of the crowd to help out with handing out bags and comics. 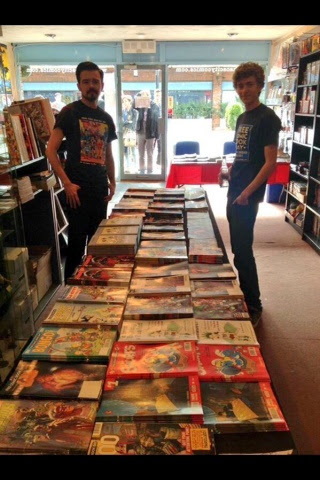 Bravely assisting James and Luke we fought the crowds like we were in The Battle of New York and it was great to see a lot of parents who were there for the first time and brought their kids in to get free comics. Most people were pretty cool and didn't take too many books and there was a lot of chatting about contents and stories. 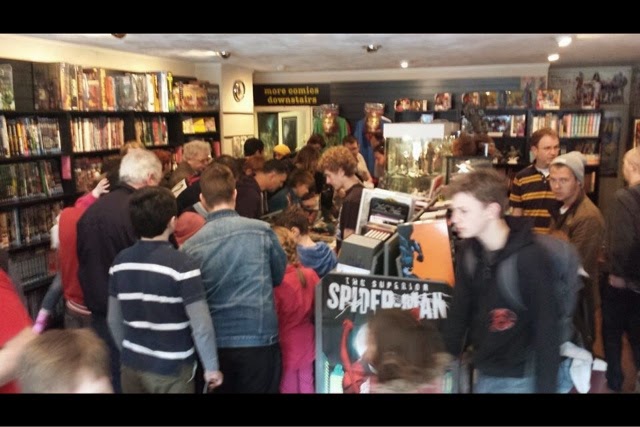 I personally picked up some great FCBD issues. Probably top of the heap was the offering from Archaia a (once again) superb hardback anthology that features 'Mouse Guard' and some great 'Farscape' pages by the excellent Ramon Perez! 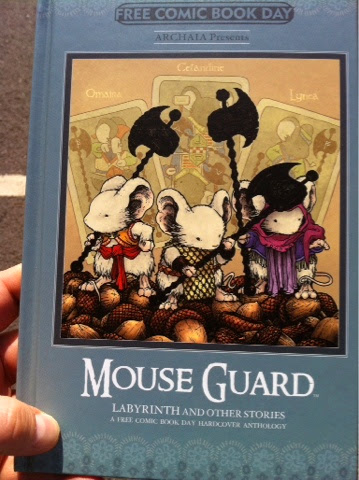 I then jumped on a train into Central London and headed to the 'Comics Unmasked' event that opened this week at the British Library. This is a big deal for both comics and the venue and as soon as you exit St Pancras you are presented with images and posters leading you to the exhibition. The character reflects a seedy area and also seems to be suggesting that 'The Pro' could become a reality? 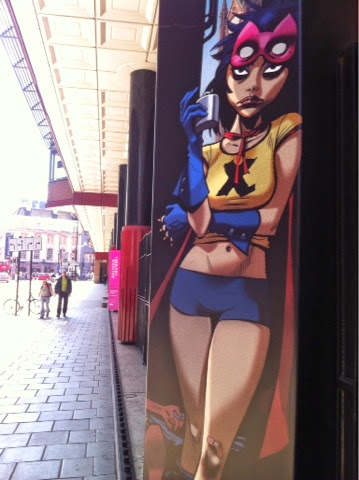 Once inside. The exhibition itself is a bit of a mixed bag. Organised by Paul Gravat (more from him later) it is littered with 'cool' comic pages, art, videos, scripts and lots of these guys! 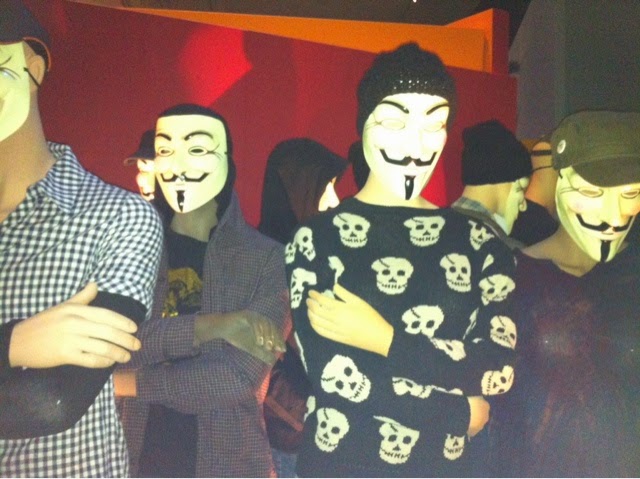 The British Library has opened it's extensive vaults and there is a lot of interesting books on show. It's great to see people like Pat Mills, Dave Gibbons, Grant Morrison front and centre for their work in British weekly comics. There are some great examples of books like Misty, Action 2000AD, Deadline, Lord Horror and Warrior.
It was also the first event at The British Library to have a restrictive PG-16 certificate. 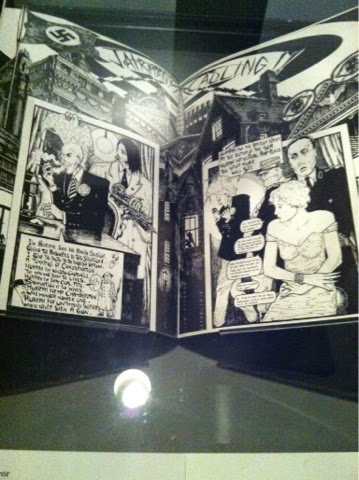 Having been to a lot of Comica events run by Paul over the years (and being a pretty regular volunteer) it did seem a bit like I was seeing 'the same old thing.' There were some nice surprises in the mix and an understandable concentration on the medium's history. I suppose there are people out there who haven't seen a page from Watchmen next to a script or some pages from 2000AD?
My real grumpy side did come out however with the section on super heroes. Say what you like about this side of the industry but you'll have to admit that this facet is both popular and often extremely interesting (Marshall Law anyone?) This section was made up like you were walking into a child's bedroom (complete with Doctor Who (?) figures circa 2009). In this mock up bedroom was a TV playing 'Kick Ass'. I get the counterpoint, I just found it a little heavy handed?
But over all it was fun and I enjoyed seeing such a well organised and popular even that centred around our hobby. (Oh and I bought a badge but avoided the'Biff' and 'Pow' fridge magnets).
I then wandered through town and popped into The Forbidden Planet in Shaftsbury Avenue who were handing out pretty generous bags of free comics! I then headed to Orbital Comics and met with the Comics Club regulars Marc Laming, Alex Martin, Matt Harrower, Christian Wildgoose and Lara Margarida. We popped into Gosh! Comics in London's seedy Soho and then headed off for a bite to eat (after satisfying my Bronze Age cravings with some MOKF, Doctor Strange and Charlton Comics).
Then it was time for The Orbiting Pod. The fine folks at Orbital Comics were recording their live 150th episode full of laughs, guests (including the aforementioned Paul Gravat), music, poetry and beers galore. 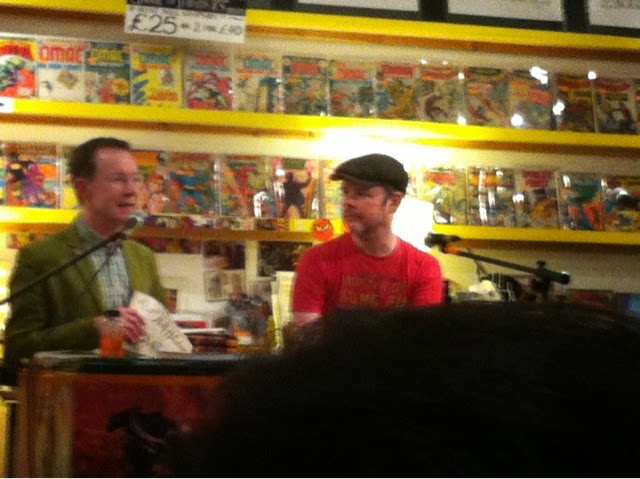 Organised by Robin Harman, Chris Thompson and Adam Sheriden it was a master class in organisation and a laugh from beginning to end. This episode should be up and available to listen to in a week. I even got to ask a question! 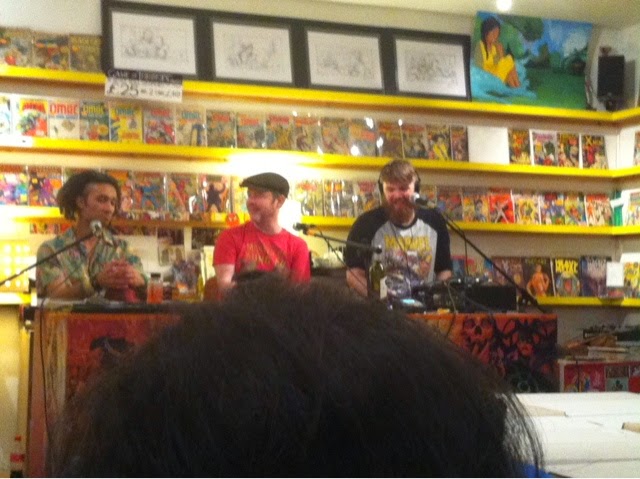 After a good two and a half hours recording we all headed to the pub and after laughing until I got a sore throat we all headed off and got the last train home.
Roll on next year!
NIA.
Posted by Tony Ez Esmond at 02:40