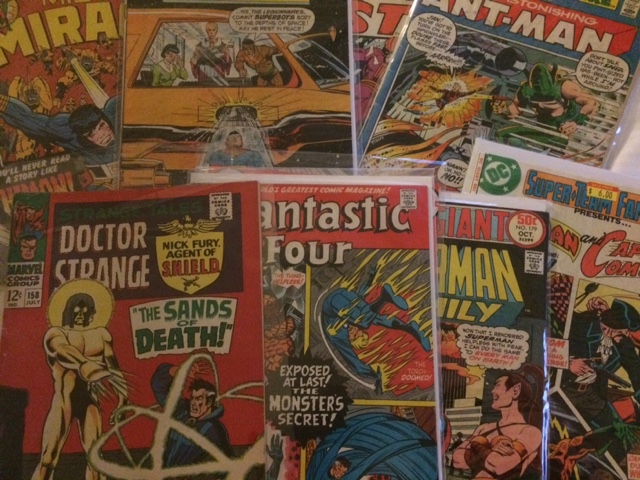 Saturday is the big day for Conventions. I'm sitting here writing in one of the rare seated areas just bracing myself for the impact of the crowds. Crushed beyond belief it can sometimes take you up to forty-five minutes to cross from one side of the convention centre to the other. This is also the big day for the Cosplayers. The outer lobby and the car parking area outside the building are full of cardboard, foam and feathers. 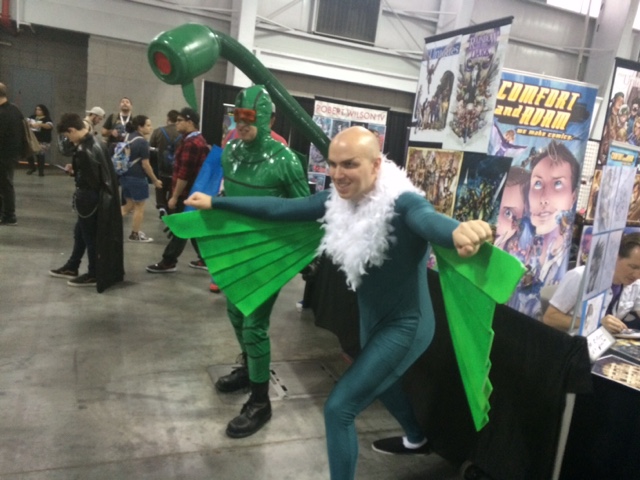 But c'mon! That's not why I am here. I'm here for art, comics back issues and to meet the creators. Artists Alley is normally the most civilised of the various areas in the Javitts Centre but today is going to be carnage. It is hard to pause or stop to look at something or chat to a buddy or creator because this rushing river ain't stopping. 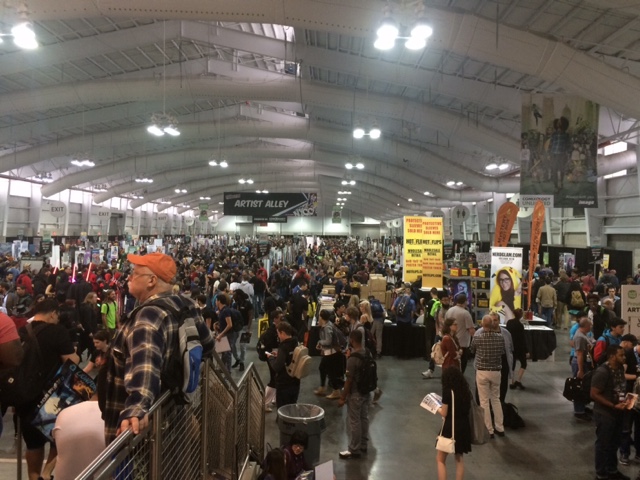 You think the above photo looks like a crush it isn't anything compared to the main retailer floor in the next building! 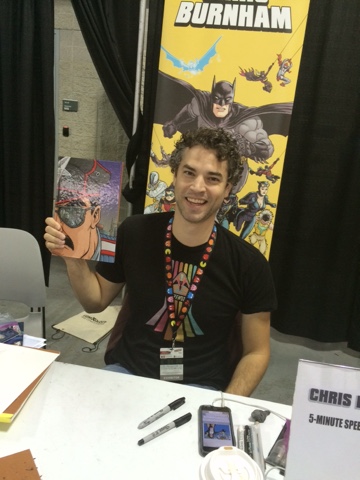 I used the advantage of being in early to catch a few minutes with Chris Burnham and grab a copy of the hardback presentation of Officer Downe. Written by Joe Casey with some crazy art by Chris this is not a book for the faint of heart. Gorgeously mental in each panel I got a copy for my University age son and Chris Burnham told me how excited he is for the movie that comes out in November.
Find out more about Chris at www.chrisburnham.com or follow him on Twitter @TheBurnham. 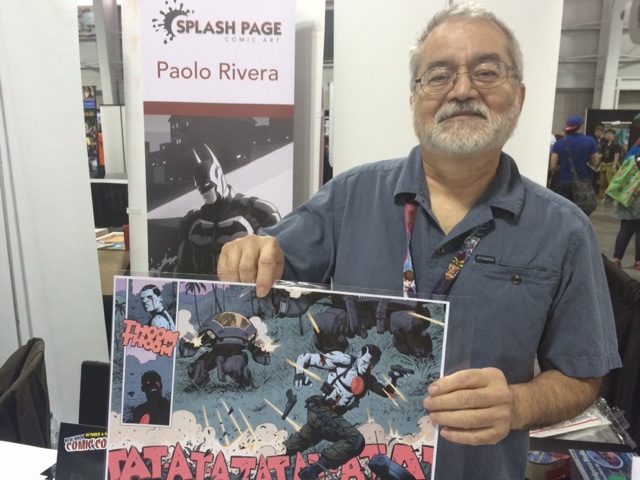 LOOK AT THAT PRINT!!! LOOOK AT IT! Paolo Rivera is a beast. This is a print from a page of his in The Valiant from last year. It's also a series that Mr Vander bought on my recommendation and just bloody incredible. 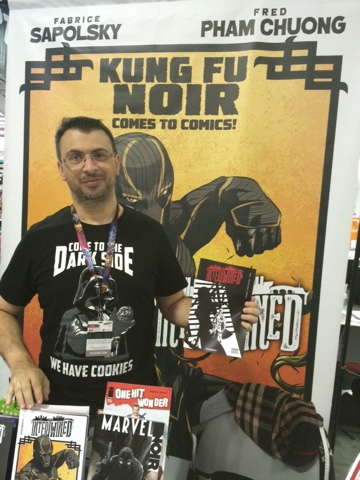 I also got to catch up with Fabrice Sapolsky who is the writer on the new Dynamite Comics series called The Intertwined. We chatted about his home in Paris and how he finds the US comics scene more condusive to his style of writing. This is a series with a full on Old Skool kung-fu movie vibe to it and is well worth a punt.
Have a look at all the products from the mighty Dynamite Comics at www.dynamite.com and follow them on Twitter @DynamiteComics.
You can find this creator at www.fabricesapolsky.wordpress.com and on Twitter @Fabricesapolsky 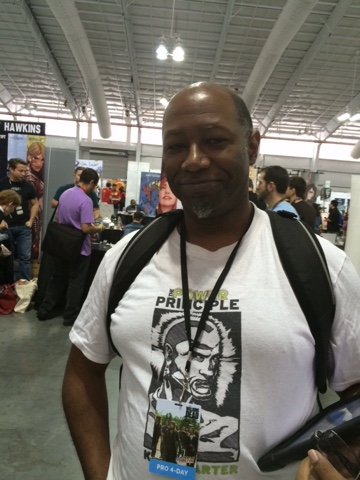 This is a photo of Alan White aka NewMutant. One of my favourite people in the small press scene and it was doubly cool to meet him as it is also his birthday!!! Buy  his comic The Power Principle at https://www.comixology.com/The-Power-Principle-10/digital-comic/376445?utm_source=twitter&utm_medium=socialmedia&utm_campaign=ThePowerPrinciple%2310&utm_content=Submit+Email&utm_term=Indie+Comics or follow him on Twitter @NewMutant or have a read of the story online at http://thepowerprinciple.co/
Happy Birthday Alan! 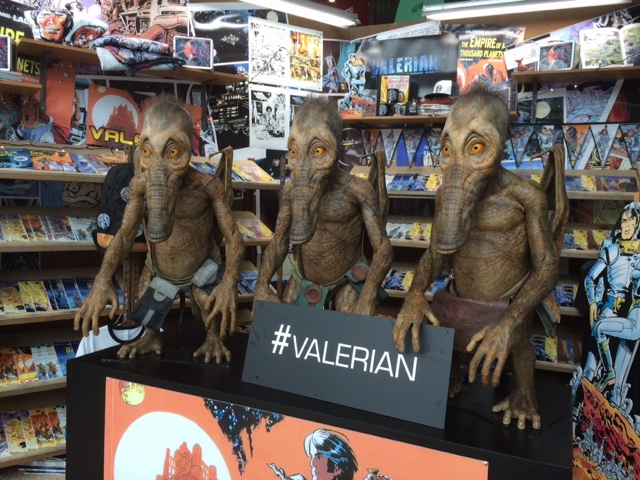 The upcoming movie Valerian: The City of a Thousand Planets was getting a big push at NYCC this year. Not only did they have a big green screen booth they also had a Valerian only shop that was showing off these fuckers. Looking like a night out in Newcastle these were getting a lot of attention from punters. This coincided with some new teaser footage of the movie.
Directed by Luc Besson this has some real promise and I can't wait to see it. Also great to see the English translations out of www.cinebook.com getting some much deserved publicity. 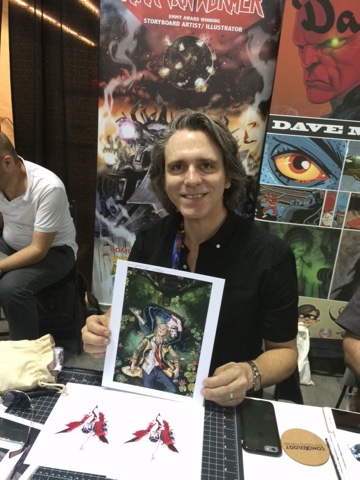 I got to chat to one of the storyboard artists on the upcoming Justice League Dark movie Kirk Van Wormer. He's an interesting chap and has also worked on Batman: The Killing Joke, The Venture Bros and Chasing Amy. We talked about our love of the John Constantine character and how great it is to see him returning in the DC TV Universe as well as the animated movie.
I bagged a great print from him for my Hellblazer obsessed son. 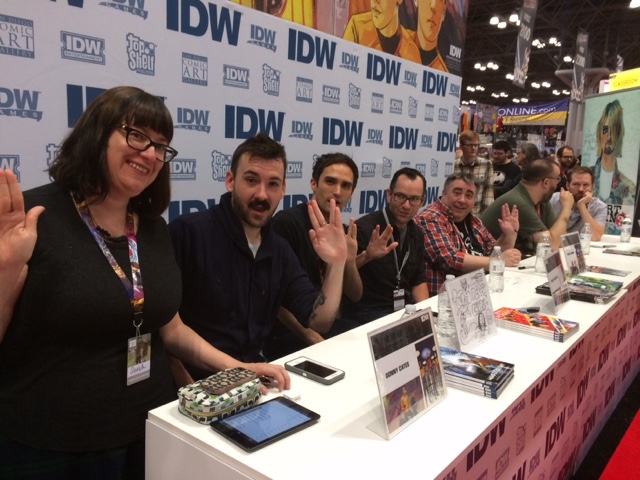 I then headed off with Marc Laming to his signing at the IDW booth for their Star Trek comic line. Laming managed to sign a book for me (along with Donny Coates the writer - 2nd from the left) without drawing a speed cock on it. Nicely done sir!
I'm just back at my room and there is just one more day of the Con left. Thiis year has been fuller and a tiny bit more tiring than usual. Oh well, I'll soon be back to work for a rest!
Oh, here's a few more photos from the weird and wonderful world of cosplay nonsense 'cos I know you love them! 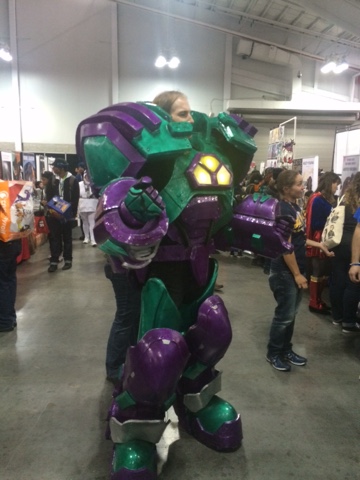 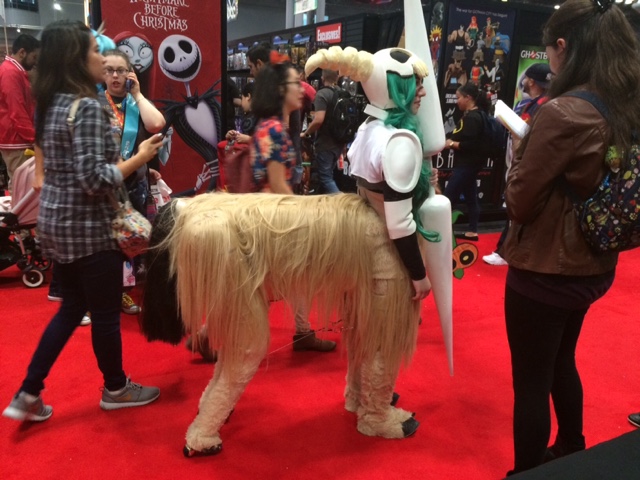 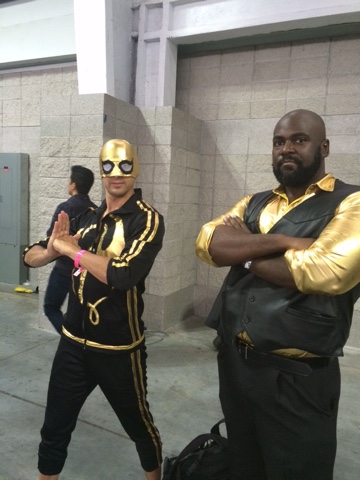 They also seemed to be giving these away??? Anyone would think there was an election on! 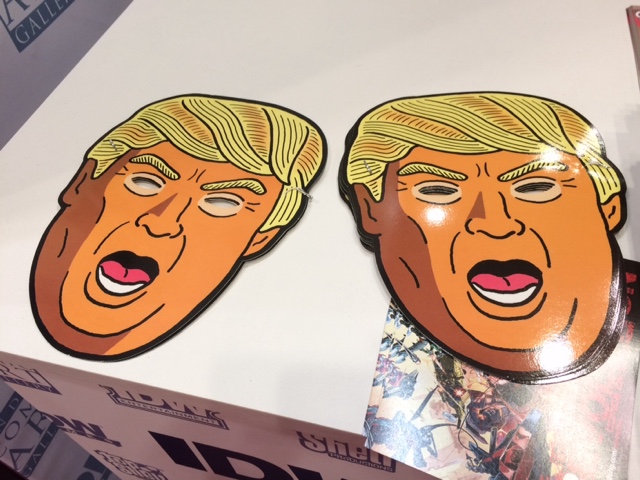