So. Imagine you cant get to Nottingham Comic Con on the 20th of October but fancy popping into a comic shop and meeting one of the UK hottest artists.

Then The Incredible Comic Shop in Swindon and it’s event organiser Sarah Harris have something brilliant up their torn black T-shirt sleeves.

Punks Not Dead is coming to Swindon!

Martin Simmonds is an artist who you might have seen on some Marvel covers (Jessica Jones and Quicksilver) as well as a Hulk story with Al Ewing that he has in the works.

He’s also been responsible for some of the gorgeous art on Death Sentence from Titan Comics, contributed art to LIMBO from Image Comics and many, many more. 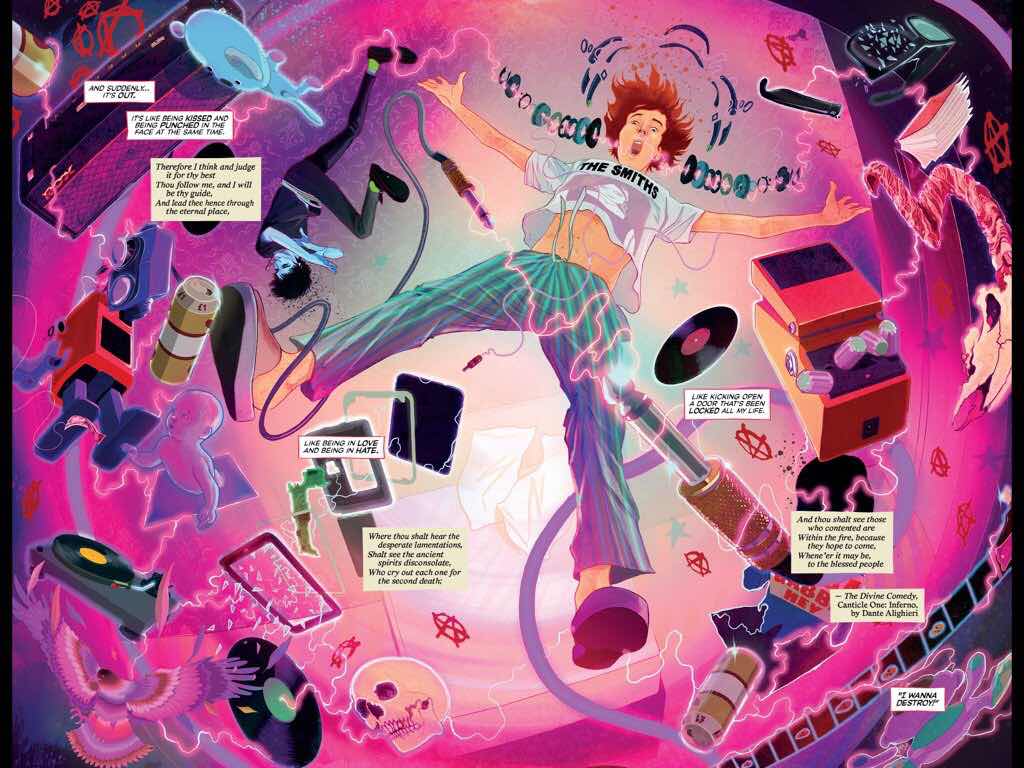 If I had to pick a current artist who I would both buy anything by and be one to point out for future greatness it would be Martin. Colourful work that has great detail and harks back to Dave McKean or Bill Sienkiewicz and with a triumphant sequential flow that makes for a fun read. 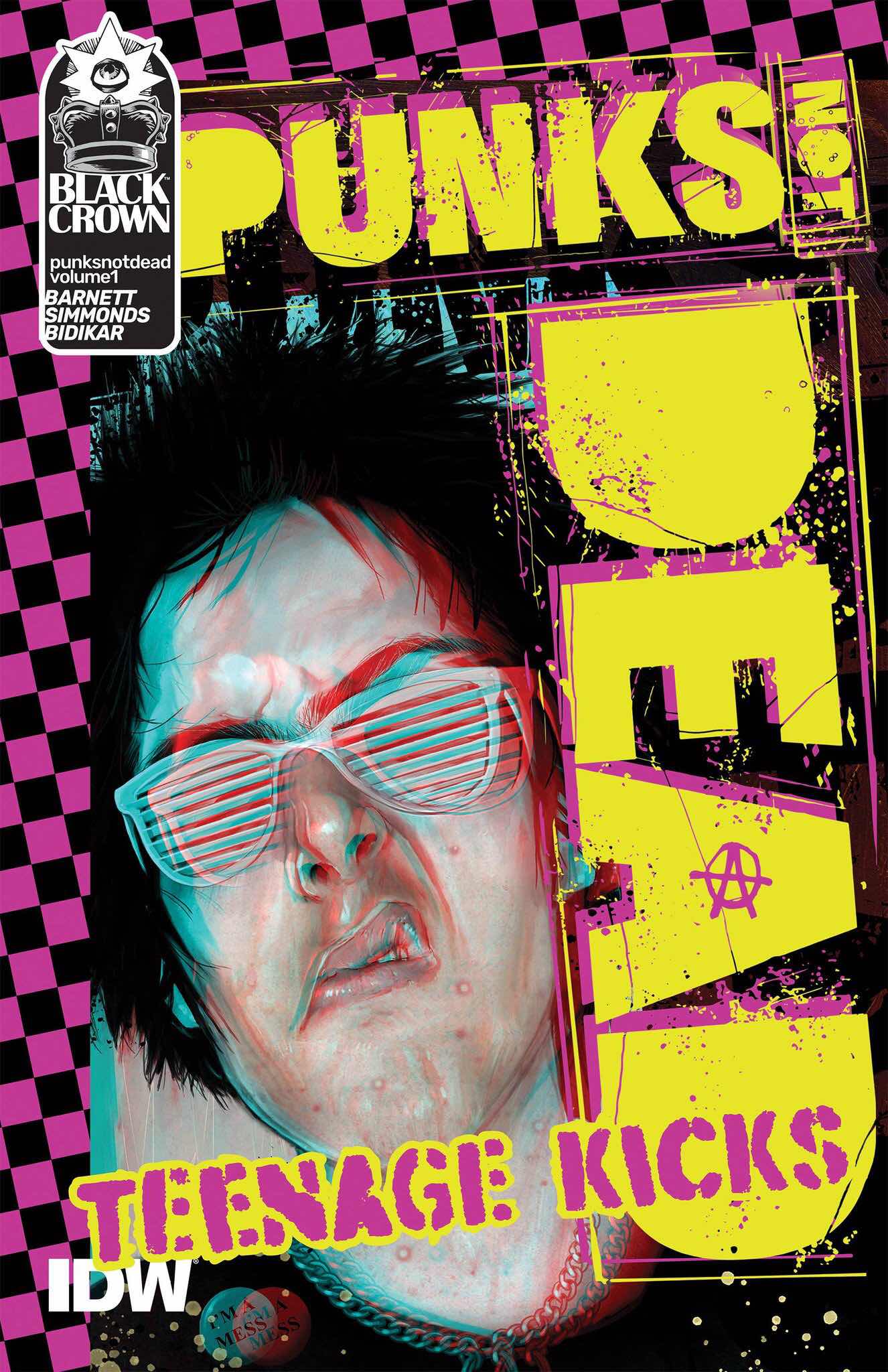 Punks Not Dead (written by David Barnett and art by Martin Simmonds) tells the story of a quiet schoolboy called Fergie who bumps into the ghost of a dead punk rocker called Sid in an airport bathroom. Sid then follows the kid around only to discover that this particular schoolboy has some pretty kick ass psychic powers. But beware, a shady MI5 team lead by the Queen of the Mods is following close behind. It’s a combination of small town gritty life and outrageous supernatural happenings. 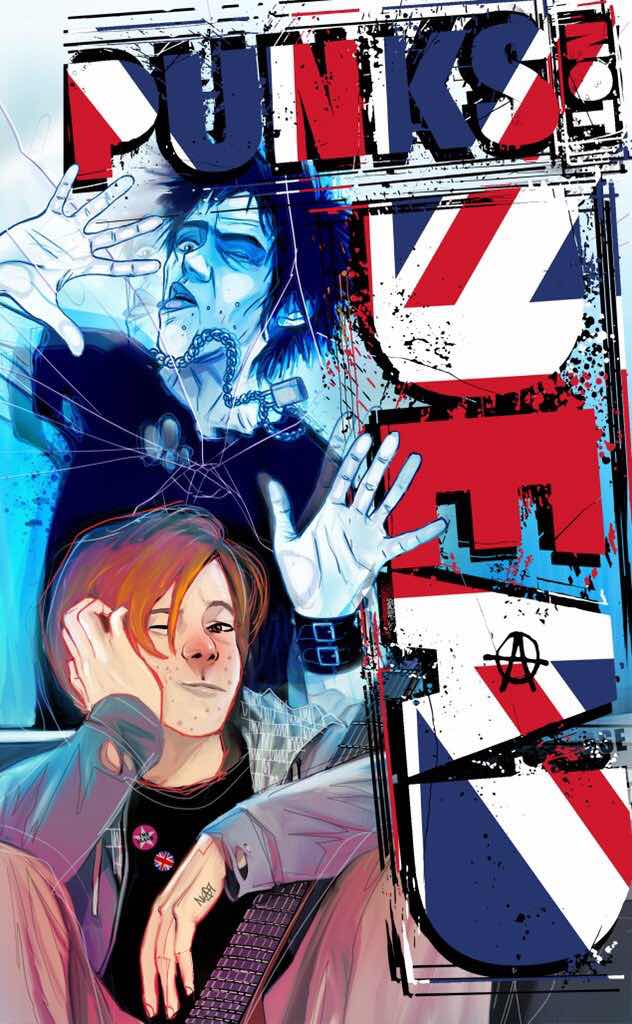 Series two has just been announced by Shelly Bond and Black Crown Publishing at the New York Comic Convention and I cant wait to see where this story goes. You can tell that David and Martin are having an absolute blast telling this story! No spoilers but the this odd couple may be heading to the capital for more magical adventures!

Just watch out for the Demonic Magpies!

So head over to The Incredible Comic Shop, 21 The Plaza, Brunel Centre, Swindon, SN1 1LF on Saturday the 20th of October 2018 between 11am and 2pm.

There will be comics, art, prints, sketching, art and comics chat and cookies.

They know how to put on a signing at the Incredible Comic Shop!

You can look at the Black Crown empire at their website https://www.idwpublishing.com/blackcrown/ and see the other great books they are putting out and follow them on Twitter @Blackcrownhq

Tell them we sent you!