In Review - ‘Through A Life’ by Tom Haugomat. 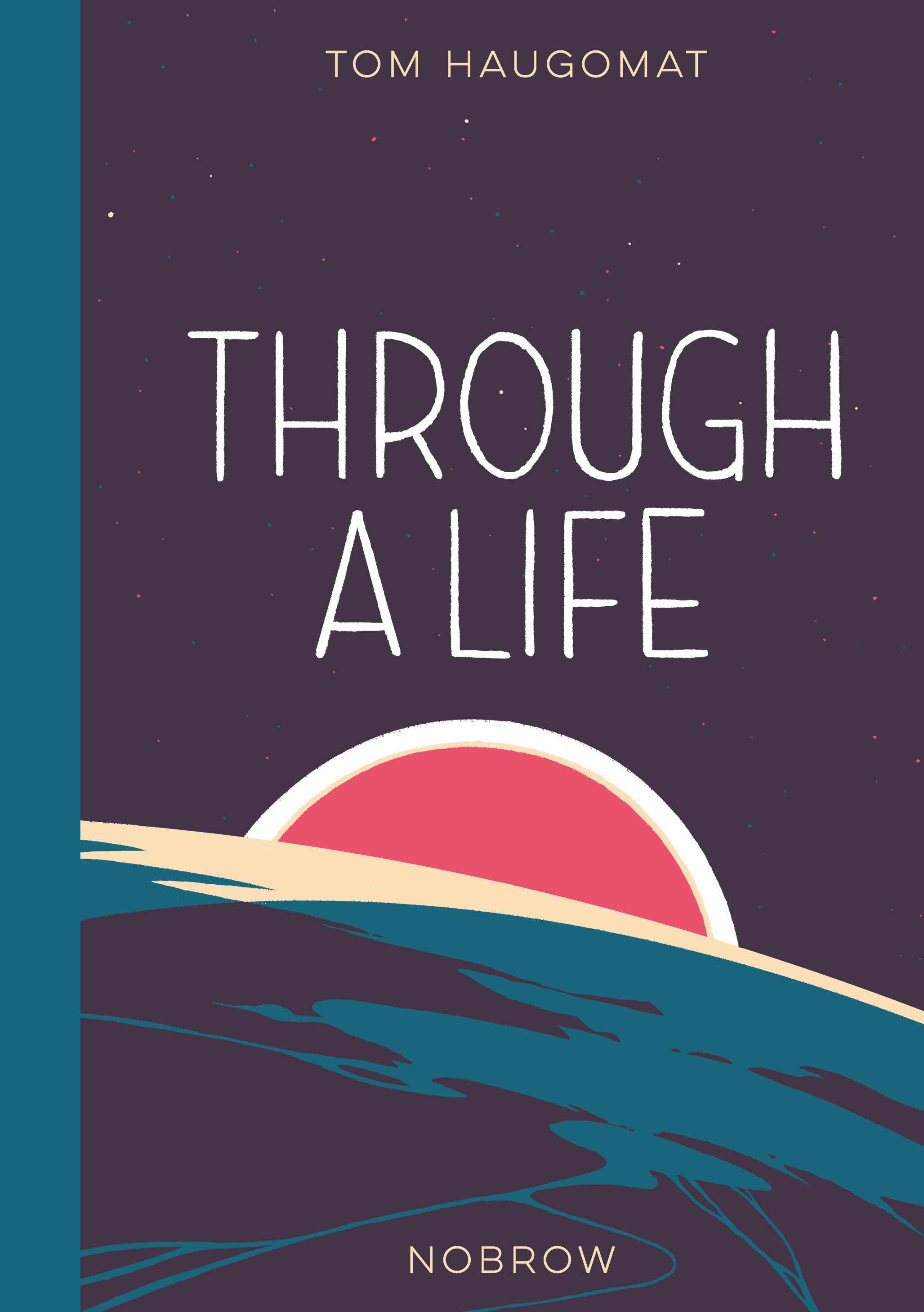 ‘Told through a series of poignant vignettes, Through a Life is a sweeping story of dreams, expectations, nature, and loss. Rodney spends his life looking through. Windows give way to screens as he comes of age dreaming of what lies beyond Earth’s atmosphere… This powerfully silent graphic novel by Tom Haugomat follows the saga of a boy who grows up to be an astronaut, just like he always wanted… until a fatal shuttle crash upends his life, and he begins to find solace in beauty here on earth.’ 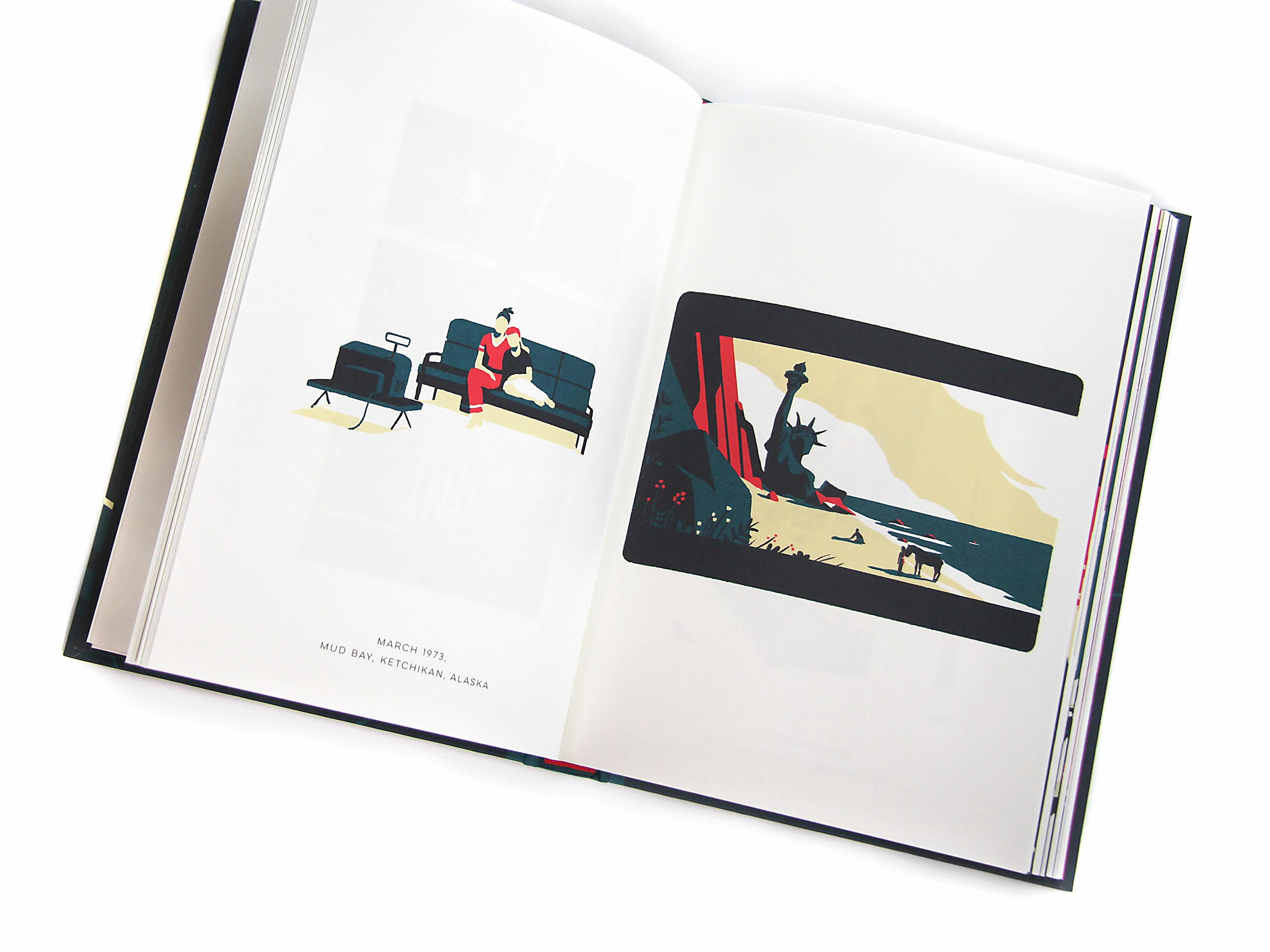 The Review - I have slept on what I think of this book for quite a few weeks. It is often far too easy to allow your mood to affect what you have purchased and read and then mulled over. ‘Through A Life’ it’s an unusual comic/graphic novel/book of illustration. It tells a story successfully in an original and at times beautiful manner.

It is everything that is described above in the quote from the Nobrow website. This is a series of wordless single page/double page images that form a sequential story in a way that the events in the days in someone’s life perform us that service. Each page has a bright and bold image that uses iconography of a period and a feeling to set a single stage. It has an element of block printing in that it doesn’t share any real detail of the image and strips it back to emote a universal (at times) message. Thrown into this mix are full bleed dramatic images of real beauty and impact.

We follow Rodney from a baby to a child to a teenager to a student to a NASA astronaut to a slow moving and melancholic retiree. It plays with those diarised and dated moments of this man’s life and we see it pass quickly before our eyes. This is in fact a quick read if that is how you are suited but my advice would be to take your time and drink in each page. Slow down the impulse to move onto what happens next as you might be prone in other comics. Read the image and the emotion you see there, just there and .....pause. 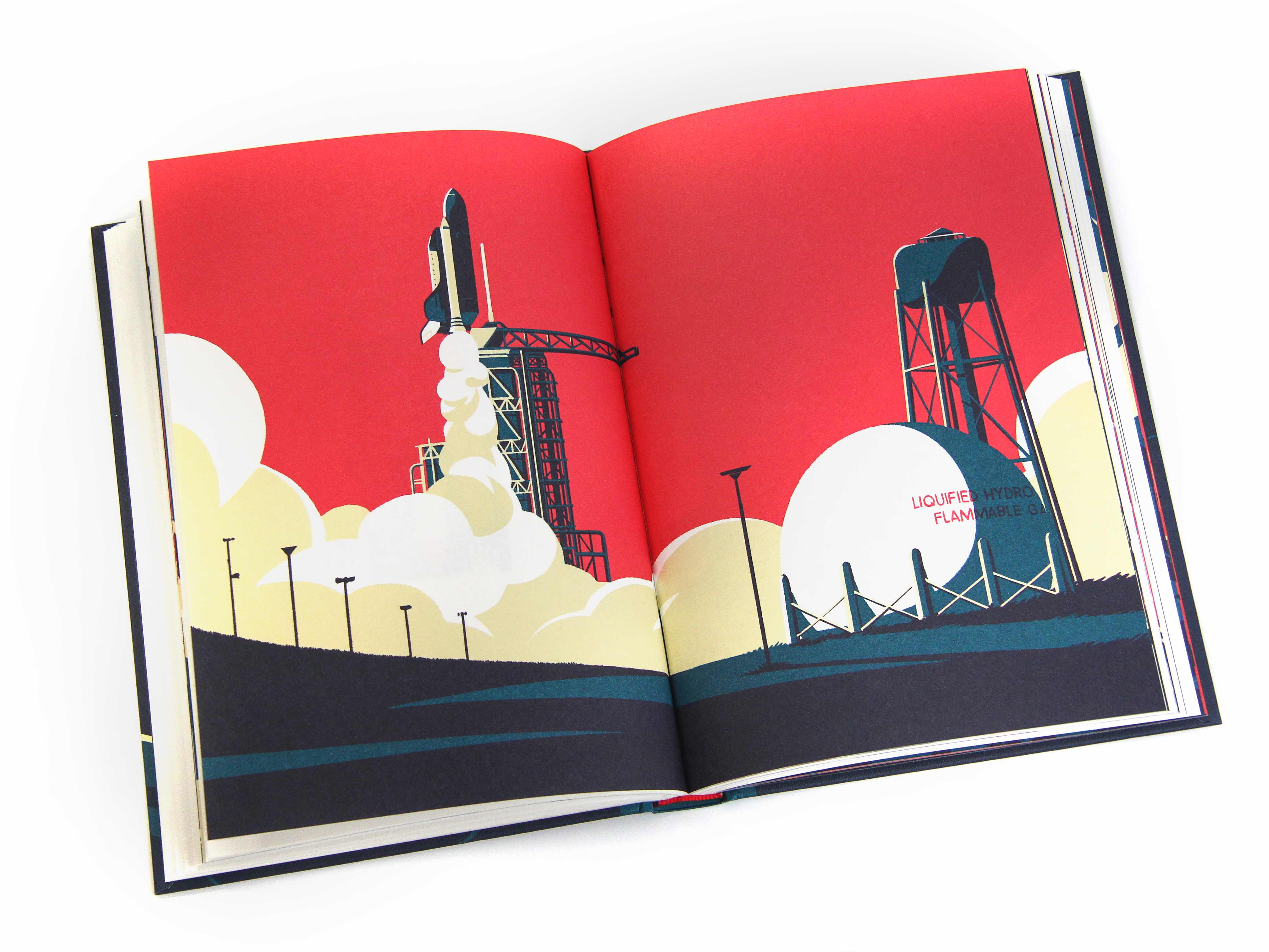 Some of the moments of solitary loneliness will play with your emotions. These counterplay between the deafening silence of space and the sadness of the quiet solitary figure later in the book as he walks his dog. It communicates much through this single image medium. It does this with flat colours and a quiet stillness.

The single aspect of a time in a life is captured with assured sharpness and pathos. A book of plaintive outpourings in single pages each of which could perform a role as a Pop Art Movement print. You breathe some of the better displayed moments and on occasion your heart stops just for a second.

Not to say that I came away completely satisfied and that is the reason that I have considered it with close examinations of what I felt and saw for some months. I bought this hardback towards the end of September at the Thoughtbubble Comics Art Festival and it seemed at first inspection to be a book that should be right up my street. But two things bothered me.

The lack of detail is there with intent, that is clear to anyone. But I felt that it pushed me away and it felt stunted emotionally. I felt a nervousness on behalf of the artist about showing a true introspection present and one on the page. That lack of clarity in faces and location became a personal annoyance. Perhaps it is that it is also wordless that made it at moments an impersonal experience. It paints broadly on a canvas with emotion but never drilled down enough into a personality for my own personal tastes. That’s not to say that I am unable to see this as a great achievement of a graphic novel. Just perhaps one that stylistically failed to connect with me.

The second issue I have with this book comes in the earlier pages. Some moments are played, in my humble opinion, too obviously. A prime example would be the image of the space ships from Star Trek. We see the strings that are attached. Why? The child/teenager would not? This seemed rather obvious and a little slight. You may find it funny but it feels like we are looking back and laughing at the stupidity of the past. This unbalanced the poignancy of the read for just a second (don’t worry I recovered). I found some moments a tiny bit too contrived, twee even. Your experiences I’m sure will vary and my inbuilt cynicism may be a factor here.

All in all I would recommend this for those fans of illustration and art. It is an absolute steal of a price at £16.99 and as always Nobrow have put together a gorgeous book. 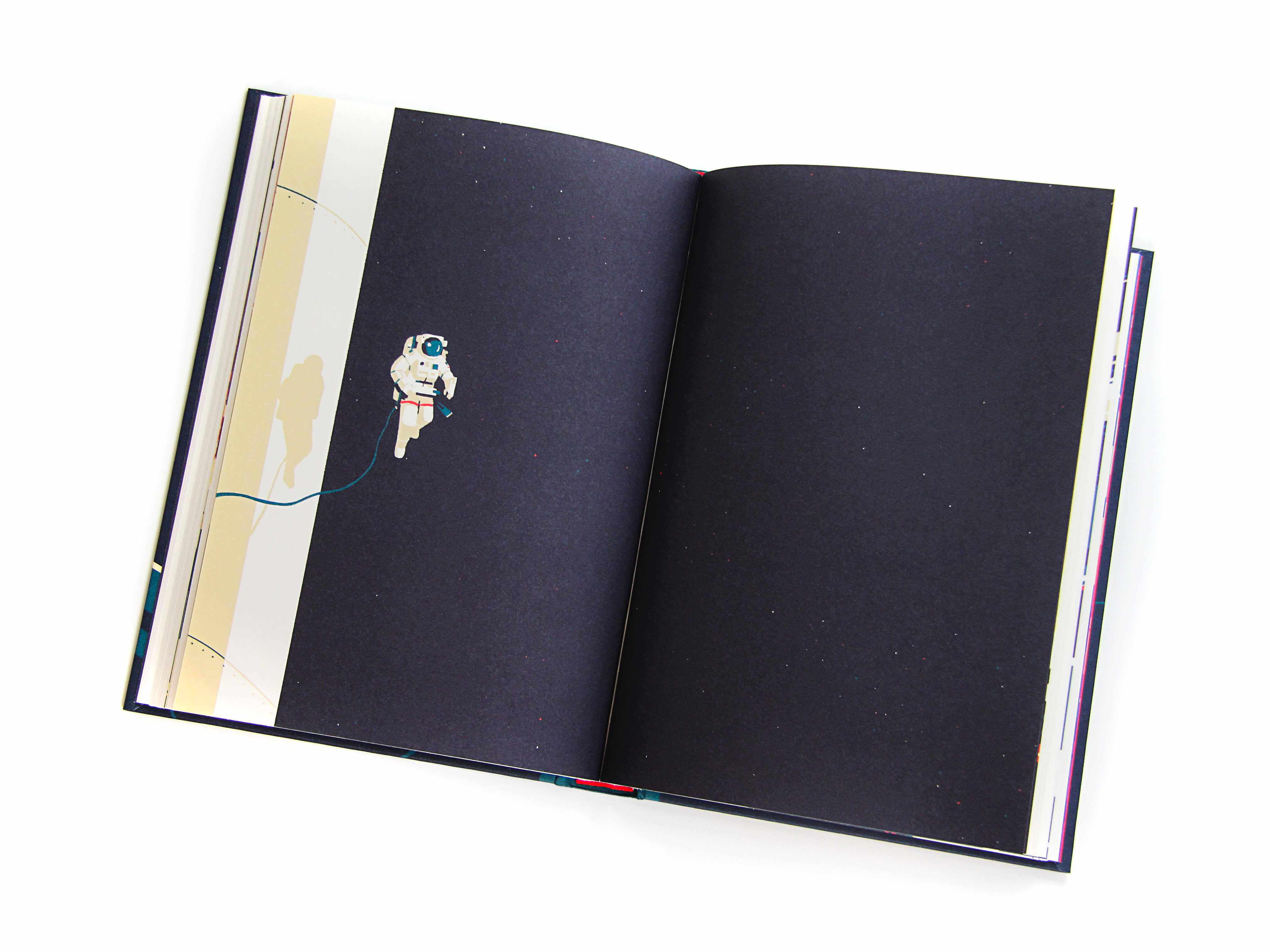