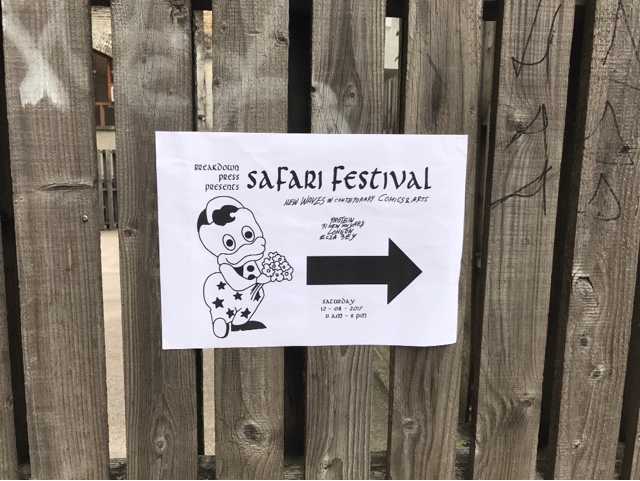 I popped in to the Safari Festival in East London that is run by Breakdown Press. Held in the trendy sounding 'Protein' (actually just a glorified East End lock up) near to Shoreditch it was great to see that it was absolutely packed with both creators and punters. This year the summer was holding back a little so a wander round the space was an enjoyable feast of comic making enthusiasm and colourful art. Attached to the right of the venue was a coffee shop that I am now sitting in writing this... 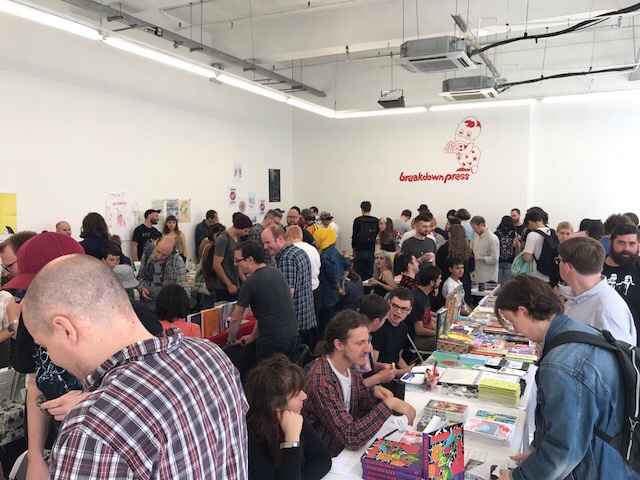 I got to pick up some excellent books and managed to speak to some old comics pals and some people new to me. 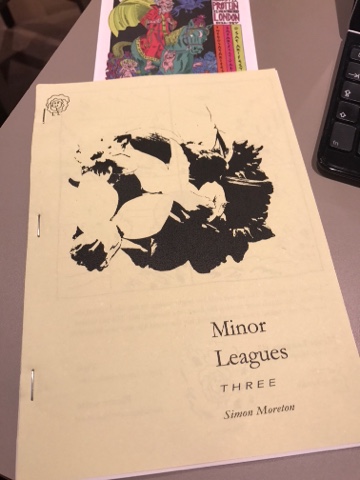 First up was the new zine from Simon Moreton. I have loved Simon's stripped down visuals and thoughtfully poetic dialogue for years now. He should be known wider and manages to evoke mood and emotion through a minimal yet really personal style. Anything by him is highly recommended. 'Minor Leagues: Three' is not minor in any way whatsoever and collects a number of pieces of art, short comics stories and text pieces. A quiet moment in a busy city as I sat down in a local coffee shop to read it.
Find more at www.smoo-comics.com 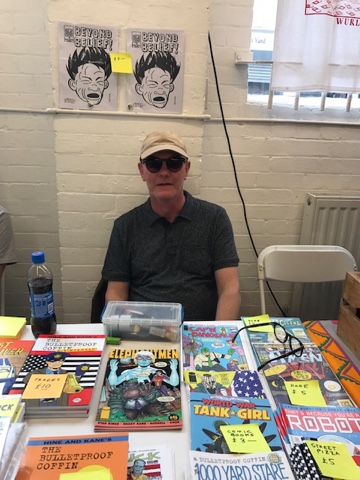 Did someone say 'The 1000 Yard Stare'? I got to see that look in action! (It's OK Shakey isn't really that serious or scary). Mr K was one of our favourite guests on The Awesome Comics Pod (along with co-creator Chris Baker) and I was chuffed to pick up the aforementioned comic from him in person. Do yourself a favour and head over to www.shakeykane.com and dip both eyeballs in comics lysergic acid. 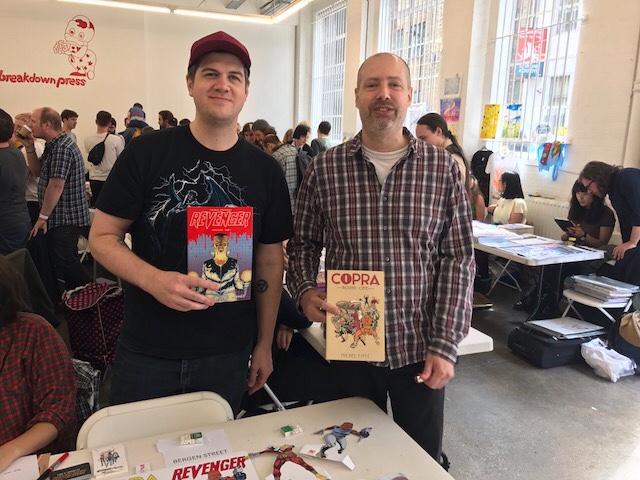 (Above (left) is Charles Forsman and (right) Tom Adams).
Talking about people I hadn't met before... I got to buy a copy of the super violent and super cool 'Revenger' from Charles Forsman. He did an awesome sketch on the inside cover and it was great to hear that he had travelled over to the UK from Brooklyn for the convention. Watch this space for more on this creator.  Alongside him is the co-owner of Bergen Street Comics Publishing Tom Adams. The shop in Brooklyn closed a couple of years ago but they have carried on printing some great comics (including Michael Fiffe's 'Copra' which I also purchased finally).
Find more about this company and these two comics and more at www.bergenstreetcomicspress.bigcartel.com 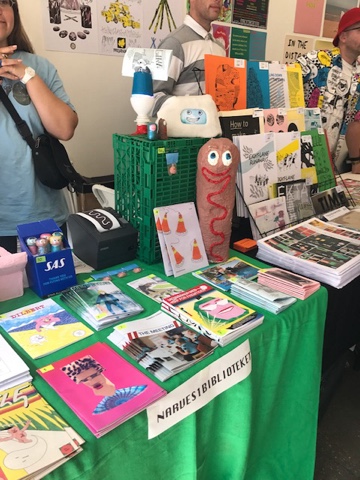 Listen... I'm not going to pretend that there wasn't some strange stuff at this convention/festival. But I was reminded whilst in the hall that comics events can be extremely popular if treated/hyped right. Sure, everything wasn't exactly to my taste and I feel that I have to pass comment that there were quite a few people present who could do with a kick in the bollocks (other genetalia is available) for the outrageous prices on some of their products! As an example '1000 yard stare' was £3. Almost next to Shakey was someone selling a four page comic (plus card cover) for flipping £5 (which I might add was badly drawn and crappily lettered and in a smaller than A5 black and white format!!!)
Get a hold of yourselves! (Rant over). 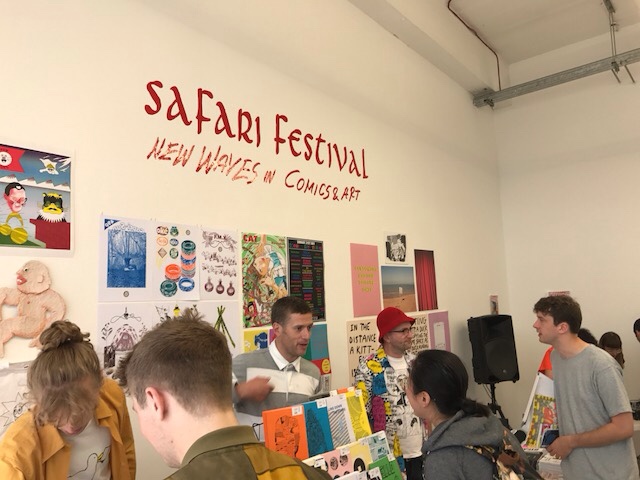 Also billed as a social event and I believe that there was a pre party the night before (as well as some rather too loud 'DJ' action going on at the event...)
Maybe I am just too old!?
This year the vibe seemed better (and literally cooler) than previous years and also better than last year was the fact that all the tables were full from pretty much the opening. (No 'too cool to be on time' creators this year - oh no!) I got some great comics and chatted to some interesting people - And all FOR FREE!!! Can't say better than that.
Watch out for next year's event at www.breakdownpress.com or www.safari-festival.com
Many thanks for reading.
Posted by Tony Ez Esmond at 05:36