In Preview - ‘The Edge Off’ 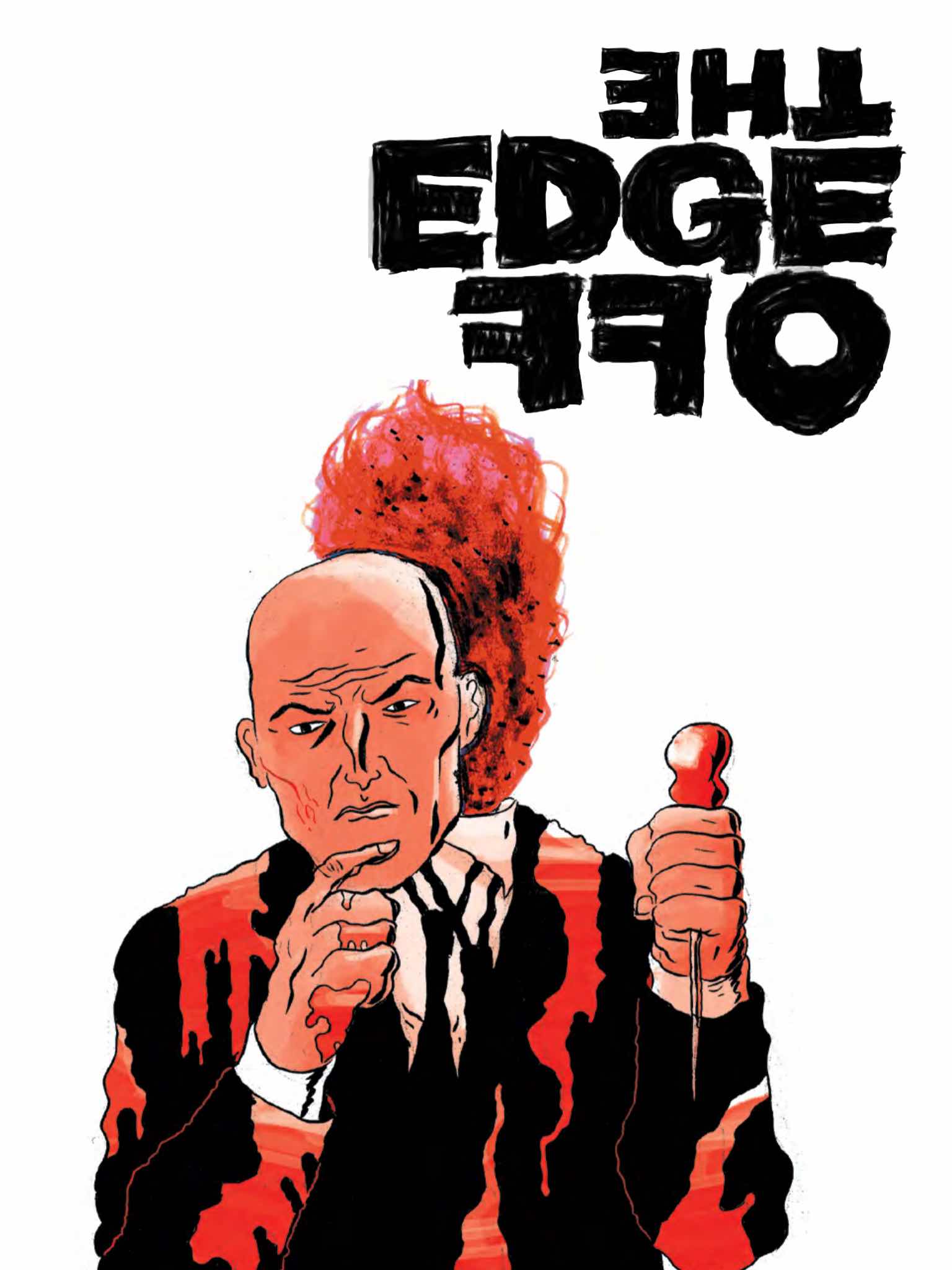 Today its a bit of a preview of a preview if you understand what I mean. The Edge Off is a new comic that will be hitting Kickstarter on the 20th of April 2018. the creators are very wisely creating a bit of buzz for the undoing bid before it goes live. I got a press release through from the guys as well as a cheeky look at the whole comic. It’s a little bit special. Here’s what they have to say about the venture.

The Story - ‘Mob enforcer Lee Butler was always the old man’s favourite, but now the old man is gone and Eddie, the son who always felt usurped by Lee, is calling the shots. When Lee wakes up to find himself spiked with a new designer psychotropic and his daughter kidnapped, he figures Eddie has worked out that Lee has been moonlighting for one of his rivals. Desperate to get his daughter back, Lee sets off into a swirling nightmare of danger and double cross, his perceptions fried, unable to tell which monsters are real and which are imagined. As the night unfolds, Lee finds himself compelled to run a violent gauntlet towards a confrontation that will force him to face up to every terrible decision he’s ever made.’

This is what you call in the business a class press release it explains what you need to know and allows for sites to cut and paste into articles (as I have where). the guys went on to talk about their influences in the style of the Edge Off. there are a couple of mentions here of some of my favourite movies. if you haven’t seen Performance or The Long Good Friday I highly recommend a viewing or two.

Straight off the bat I loved the cover for this. The starkness of the background plays well with the feelings of isolation and paranoia. Add to this the strangely double tied masked figure and the face of burning emotions that is revealed. That’s how you do a cover! 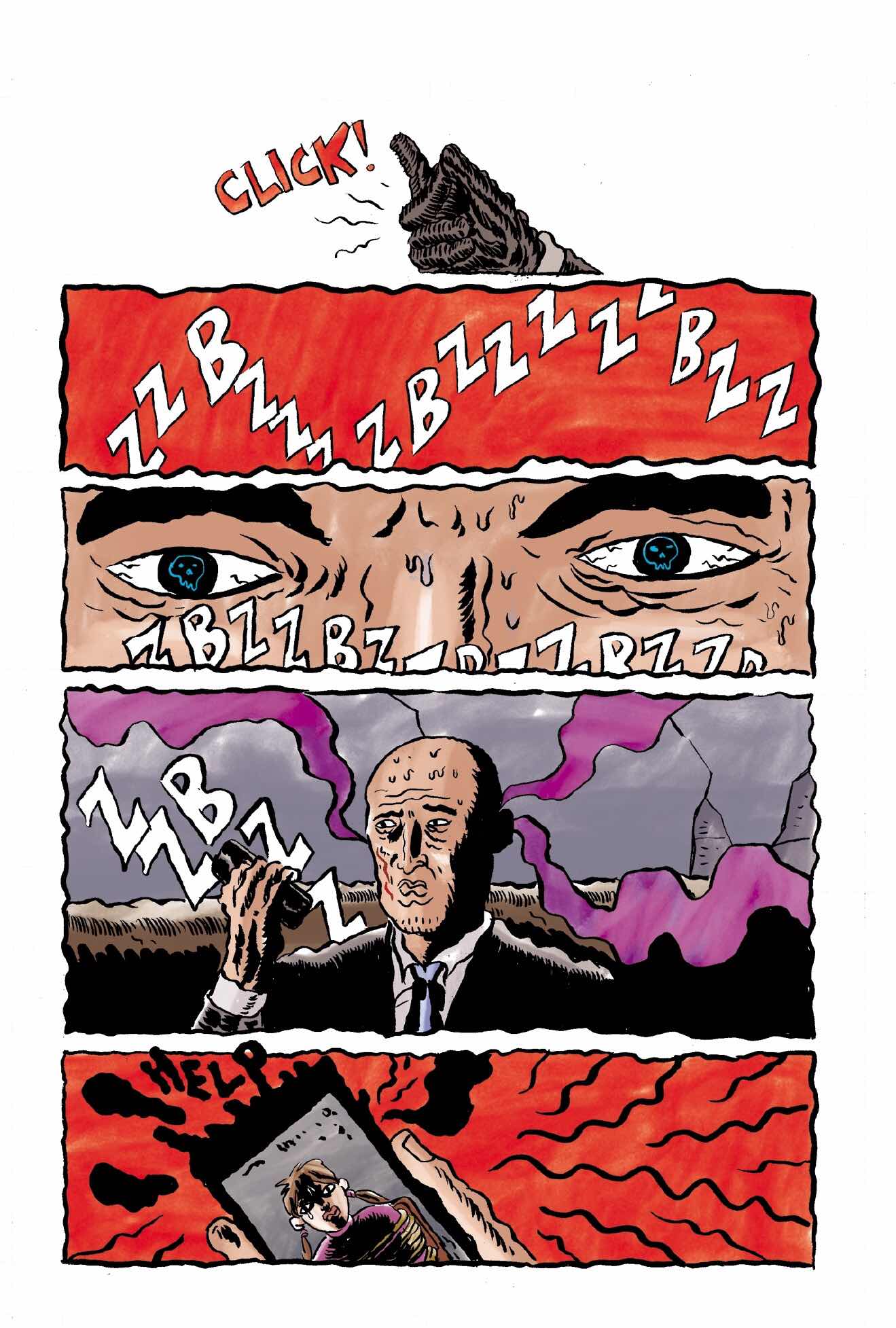 “Nightmare Noir” - The Edge Off Influences

‘When approaching The Edge Off, creators Iain & Fraser wanted to blend Fraser’s love of noir, crime thrillers and action with Iain’s signature brand of unsettling horror inspired by figures such as David Lynch, Jeff Lemire and Daniel Clowes. Into that mix they threw the woozy thrum of Performance, the acid fried perplexity of Inherent Vice and the dour grime of British mob films like Get Carter and The Long Good Friday. What emerged is The Edge Off. A nightmare noir, that takes the main character on a terrifying journey he doesn’t even realise he’s on until it’s far too late for him to turn back.’

I have now read and reread this comic. It is quite the experience. Fraser and Laurie do indeed channel the movies and styles they quote above. But added to that is something more. Reality morphs and quakes around the story. Even to the point where you feel that the edges of the panels are quivering and shaking as the hallucinogenic take hold of them. One favourite panel of mine has as it’s frame a mouth and teeth for example. This is a comic that shows the backwards and blind fall into madness and *without spoiling) does so in a way you might not expect. My advice would be that you don’t try and second guess what happens. Just go with it. I have a feeling that this will crush it’s total on Kickstarter very quickly. 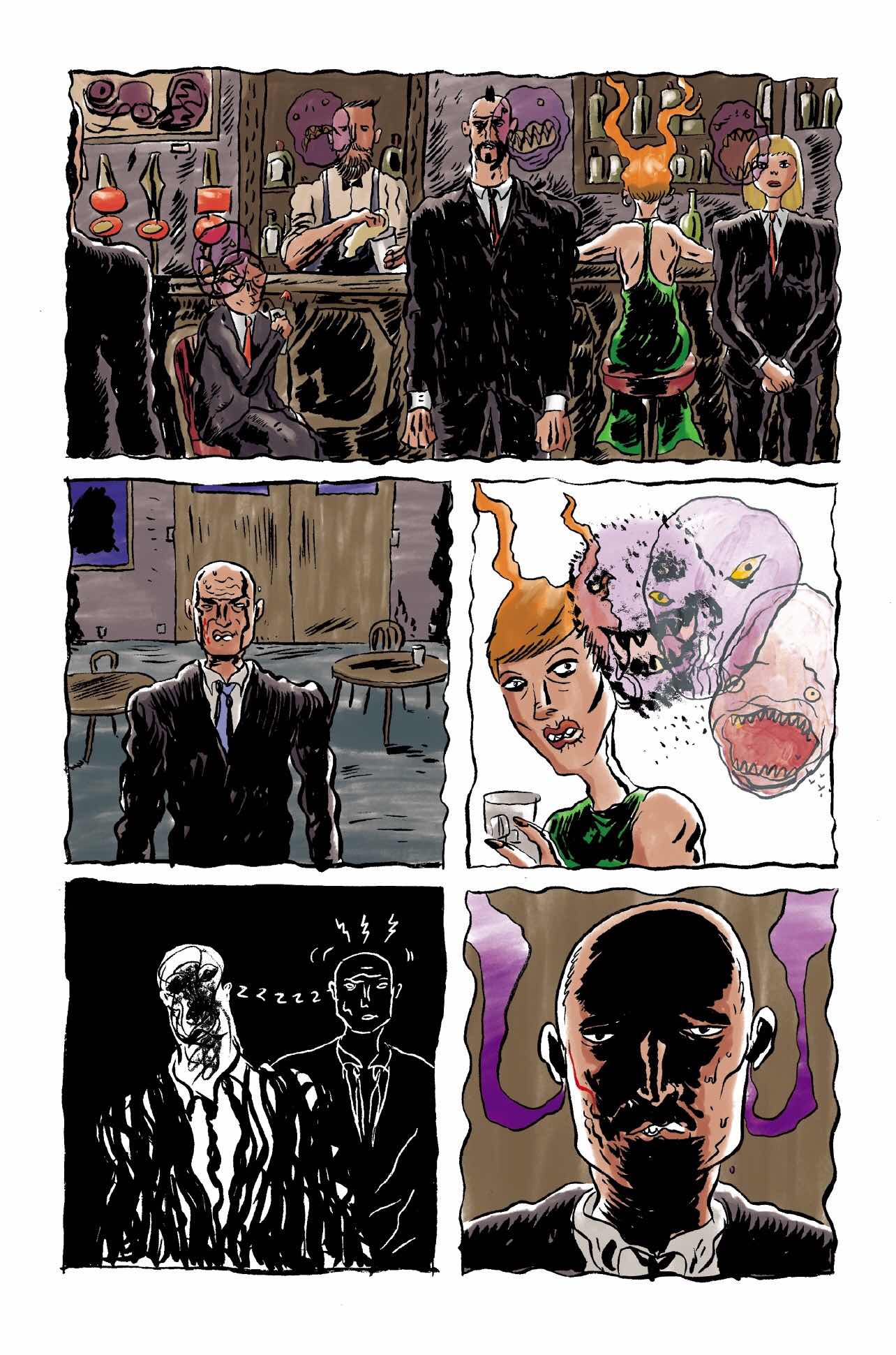 Fraser Campbell is the writer of comics Alex Automatic and Sleeping Dogs, and publishes work under his own Cabal Comics imprint. His comic Alex Automatic won best UK Single Issue at Edinburgh Comic Con in 2017.  Catch up with him on Twitter @FraserC69

Iain Laurie is best known as the artist behind Iain Laurie’s Horror Mountain and the smash-hit indie horror And Then Emily Was Gone. He also contributed to DC’s Love is Love anthology in 2017. Have a look at more of Iain’s brilliantly disturbing art on Twitter @iainlaurie

David B. Cooper is a colourist from Glasgow, Scotland. In addition to colouring

books such as Alex Automatic, Forged and Double D, he has written and self-

published comics Face Down In The Mud and Dead Silence.