Today was a great Free Comic Book day at Chaos City Comics in St Albans in the UK (www.chaoscitycomics.com.)

Myself and The Boy Wonder were there for the doors opening as were quite a few others.  Once inside there were some great comics on offer.  The shop was packed all day and people were chatting about comics and hanging out.  It was a great atmosphere. 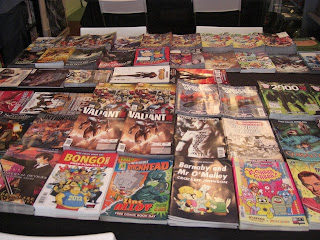 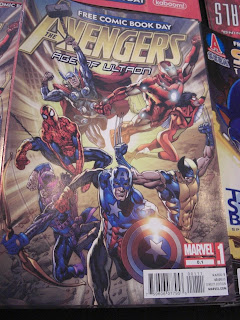 Let's not forget that the stores have to pay for the comics and most people came in, took a few free issues and paid for a few other issues.  What was noticeable however was that a few groups turned up and took handfuls of free issues and left without a word.  Yup, gets my goat every year.

But generally the mood was very comics centric all day.

At 1.30pm red hot artist and all round cool guy Marc Laming came in and chatted and sketched in equal measure.  He is just finishing up on Boom Comics 'Exile on the Planet of the Apes' and had some preview pages along to show for issue 3.  They look incredible.  The trade of his recent crime noir mini series 'The Rinse' is due out next month from Boom Studios and well worth a look.

I got a great POTA sketch (fully inked) from him that is already gracing the wall of the comics room. 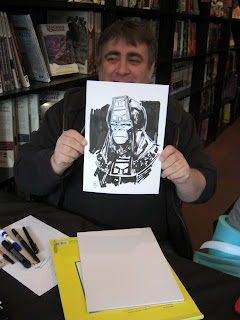 Marc Laming and a POTA pencil and ink.

I picked up my stack as did TBW and we are now ploughing through them.  In fact TBW could not wait to read his newly bought 'Preacher' trade. 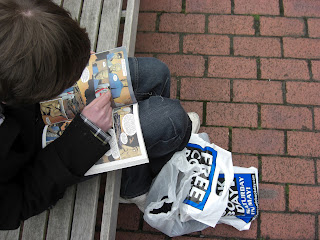 Once again it's a big thanks to Derek, Luke and Lupo for hosting this event at Chaos City Comics again this year.  I only hope that this helps to spread the comics word and the general population begin to see the worth in this our favourite medium. 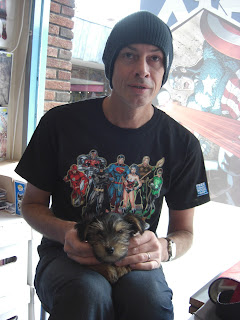 We didn't have time to make it to Dead Universe but from what I can see from the web and word of mouth they had a killer time as well.

See you next year.