Evening All,
Apologies but it’s shameless promo time (I figured that I promote enough of everyone else’s comics that I might get a pass on this?)
This weekend is the True Believers Comic Festival. Saturday the 3rd of February 2018 between 10am and 5pm to be specific. It’s a festival in it’s fourth year at Cheltenham Race Course. I’ve been to the last couple and had an absolute blast.
I’ll be with my podcast brothers at Tables H12 and H13. we’ll be generally larking about and trying to record some audio for the upcoming shows. Here is a handy map that only includes where we are so F everyone else. 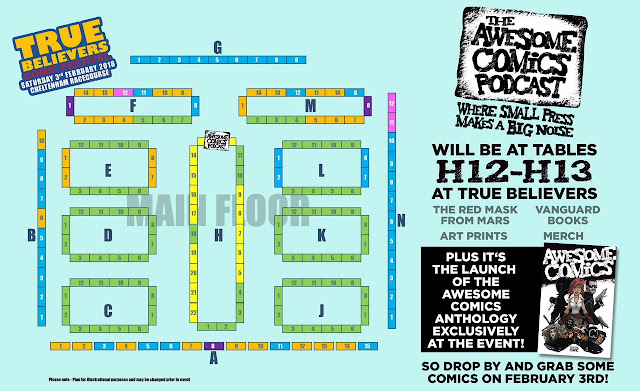 This year is a particularly big event for me for a number of reasons.
Reason 1. 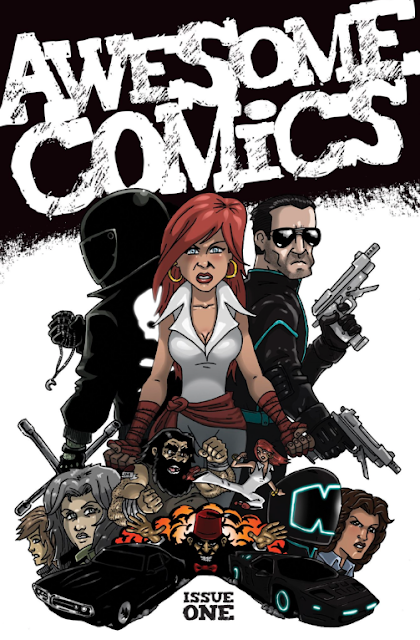 Myself, Vince Hunt, Dan Butcher, Daniel Marc Chant and Nick Prolix are launching the first issue of our anthology. It contains the first instalment of Cockney Kung Fu from myself and Nick and we are so pleased with how it came out.
It’s only £3 for 36 pages. Post the release it’ll be available in physical and digital formats over at www.awesomecomicpod.bigcartel.com
We’ll also have some prints and T-Shirts for sale.
Reason 2. 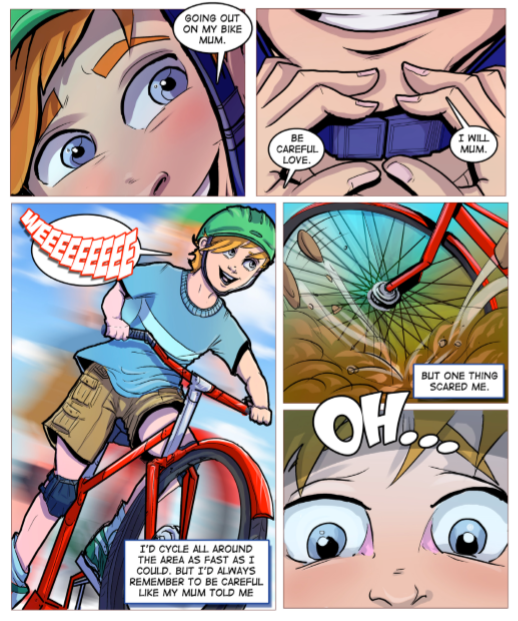 Myself and the very mighty Susie Gander (along with letters by Dan Butcher) have a story in the charity comic Little Heroes. This is a new venture that will also be getting a release at True Believers.
I’ve written a story that has been infinitely improved by some gorgeous coloured art from Susie called ‘Enter The Bike Force’. This is a comic that is being distributed to hospitals along with comic making kits for kids to make their own comics alongside.
It’s a great charity and Aaron could always do with more help running it. Find out more at www.littleheroescomics.co.uk or follow them on Twitter @littleheroeskit
Reason 3.
Panels, panels. I’ll be chairing a couple of conversations in one of the panel rooms on the top floor at the venue. 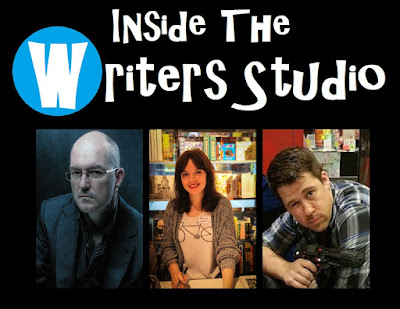 At 12.45pm.
This one will be about writing and how and why we go about it. We are lucky to have some great guests including Anthony Johnston who wrote the graphic novel The Coldest City that was made into the movie Atomic Blonde. He also wrote The Fuse for Image Comics which is one of my favourite books of the last few years. Next to him is the highly popular and thoughtful creator Racheal Smith who is responsible for the art and writing on books such as The Rabbit and Wired Up Wrong. And finally is that man responsible for the excellent Samurai Slasher retro horror comics series as well as books like The Kill Screen a certain Mr Mike Garley. 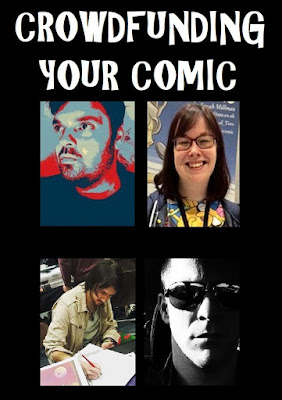 At 2.15pm.
Later in the day we get to talk crowdfunding. I’ll be joined by Rob Jones (Madius Comics), Sarah ‘Milmo’ Millman (the Welsh hurricane responsible for The Heart of Time and NPC Tea), Lyndon White (officially the busiest artist in comics) and Jon Laight (comics writer of Brethren Born and an actual fighter pilot).

We'll be talking about what it takes to start along the road of a Kickstarter, the stress of dealing with it and finally making good on all those whispered promises. 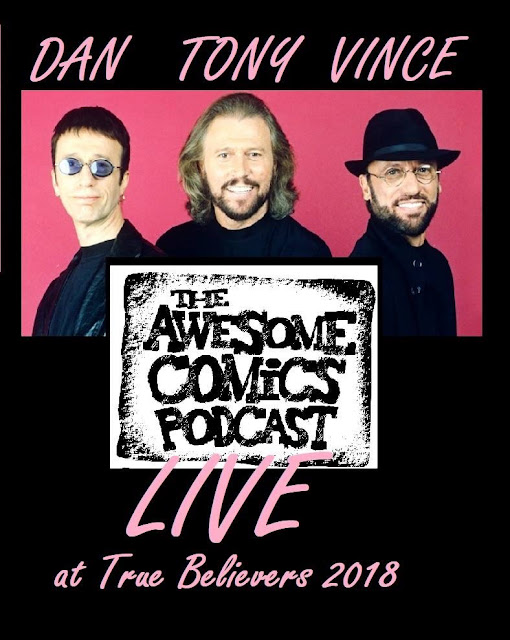 Put those big boy pants on!

Last year I was off my face and can't remember what I said. I just have a vague memory of Vince looking at me like I just shagged his nan!

We will also have sweets and badges!

We are also hoping that it will get recorded and we'll have it to put out at www.awesomecomics.podbean.com at a future date.

Looking forward to seeing everyone.