In Review - ‘One Way Tickets’ by Corinna Bechko and Gabriel Hardman. 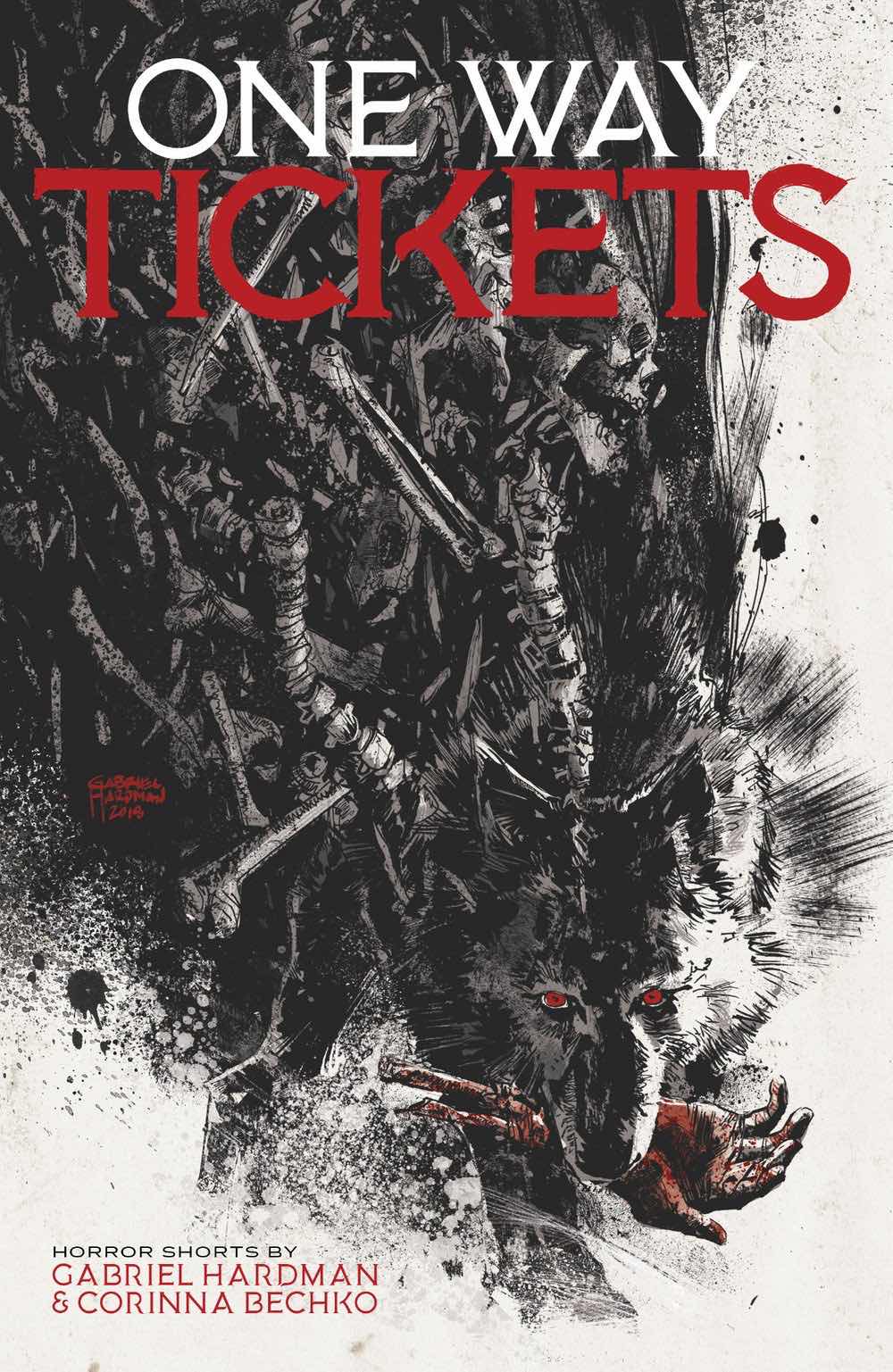 32 Pages - a mix of Black and White and full Colour short stories.

The Review - I’ll pretty much buy anything Gabriel Hardman and Corinna Bechko produce. The writing always has an edge and the art is a pleasure to own, read and return to later. They will often put out these short horror books. I’m always heading to their table at conventions and grabbing what new gems they have for sale.

This is basically a horror anthology of three comic stories and one short text piece. They read like those great EC stories, like having The Outer Limits or The Twilight Zone in a comic. Tales that twist and turn where you aren’t expecting. All done with dark style and masterful pacing.

I’ll give a little tease of each story, but without any spoilers. 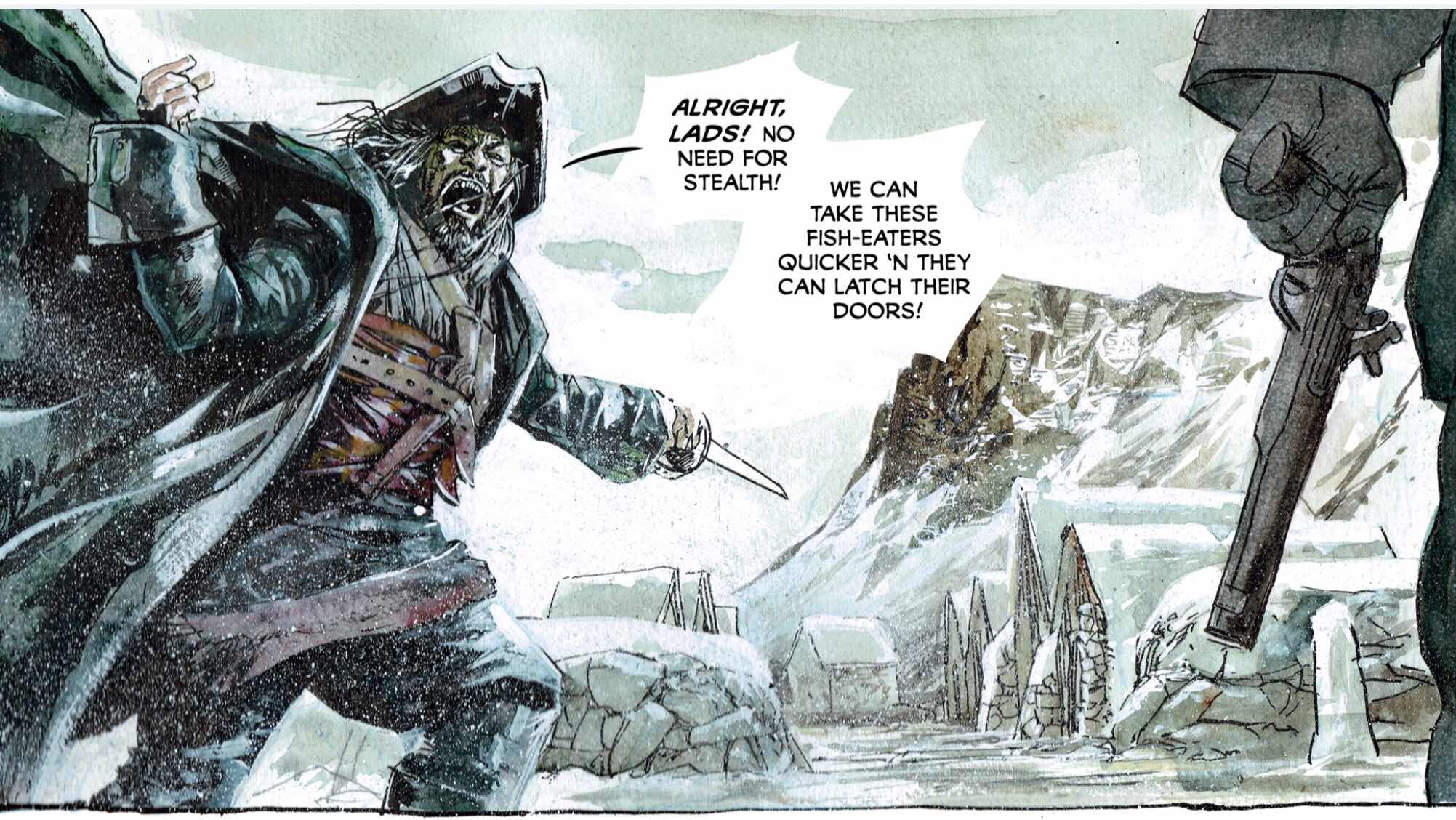 The Land of Ice.

Pirates land near to a snow covered encampment. Their ship is now ice-locked they look to loot the homes of those living there. What they encounter is not at all what they expected.

I love it when accomplished comics artists show the snow and ice. It really can show their chops and this is peerless. You get the sense of the breath in the air and the desperation of those you encounter. The blood that you see against the whiteness always has a dangerously alluring quality. The art has an incredible richness. This is a great opener.

The Road is an Open Door.

A girl is driving, escaping, roaring away from something in a neo noir film style. But as she stops for a moment at a service area she realises that something much worse may be happening.

This story really grabs the nasty atmosphere and feeds it to you. It’s tense and brutal and haunting and creepy all at once. A much more claustrophobic story than the opener but nonetheless effective. I’d read a whole series with this as the opener. Glorious nightmare installing storytelling.

Written and Drawn by Gabriel Hardman.

A pair of Wild West Settlers have nefarious plans whilst round the fire on the High Plains.

This one is just by Mr Hardman on his lonesome and is the only story told in black and white. It really works given the night setting and the twist (which I refuse to reveal). I love the way that the fire burns and flares up into the nigh and then in turn lights up and emphasises the faces of the playerst. This shows and doesn’t tell to perfect exactness. (There are a few people at 2000 AD who should be taking notes at the short story narrative style in this one.) Love western stories, always wish we had more.

A short story from Corinna with a single page illustration from Gabriel. This is a beautifully told poetic haunting of a tale. Brief and with words chosen carefully and tenderly. It’s hard to talk too much about without giving anything away but it is sadly heartfelt in all the best ways.

A lovely end to the volume.

This is a comic that assembles stories that have all have that haunting quality in a different way in each chapter. Never fitting into each other more than that they make a great read at night time before bedtime.

Produced by Gabriel and Corinna and then sold straight to the reader online. This sort of technique seems to be the future. If all the comics were this good wouldn’t that be nice!

Here’s the link to buy yourself a copy.

And you can find Corinna Bechko @CorinnaBechko