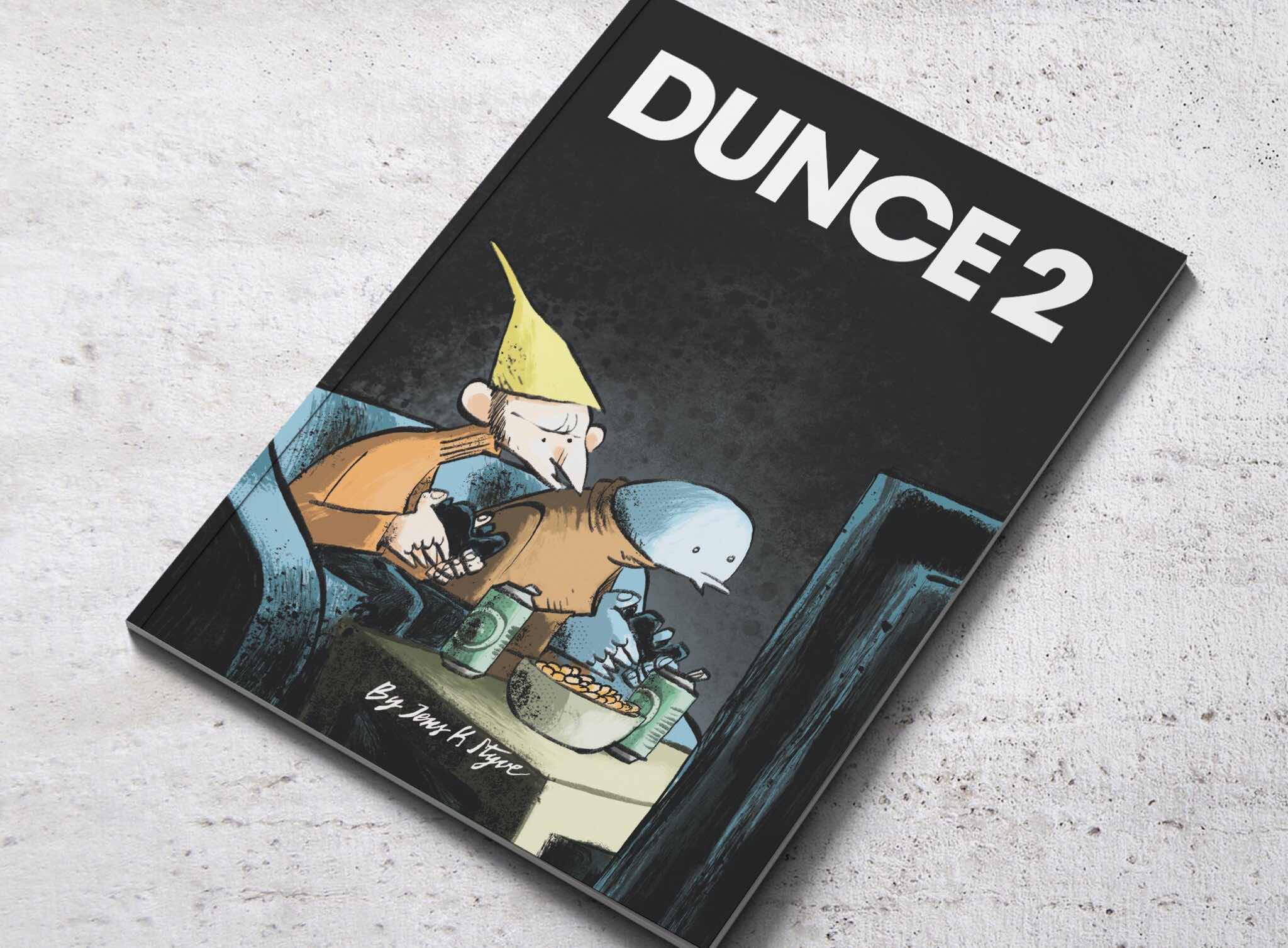 Dunce
issues 1 - 3
Created by Jens K Styve.
The Story - Issue 1 opens on a skull faced man wearing a dunces cap. He’s feeling a little under the weather. His pal, who looks like a cross between a fish and a geography teacher, tells him that he may be anemic. This skull faced dude drinks a jug of coffee and swallows a handful of tablets and magically grows the flesh back onto his face.
The rest of this (so far) three issue series follows the foolhardy, childish, angry, depressed, manic and generally every day adventures of the titular Dunce and his strange friends and family. 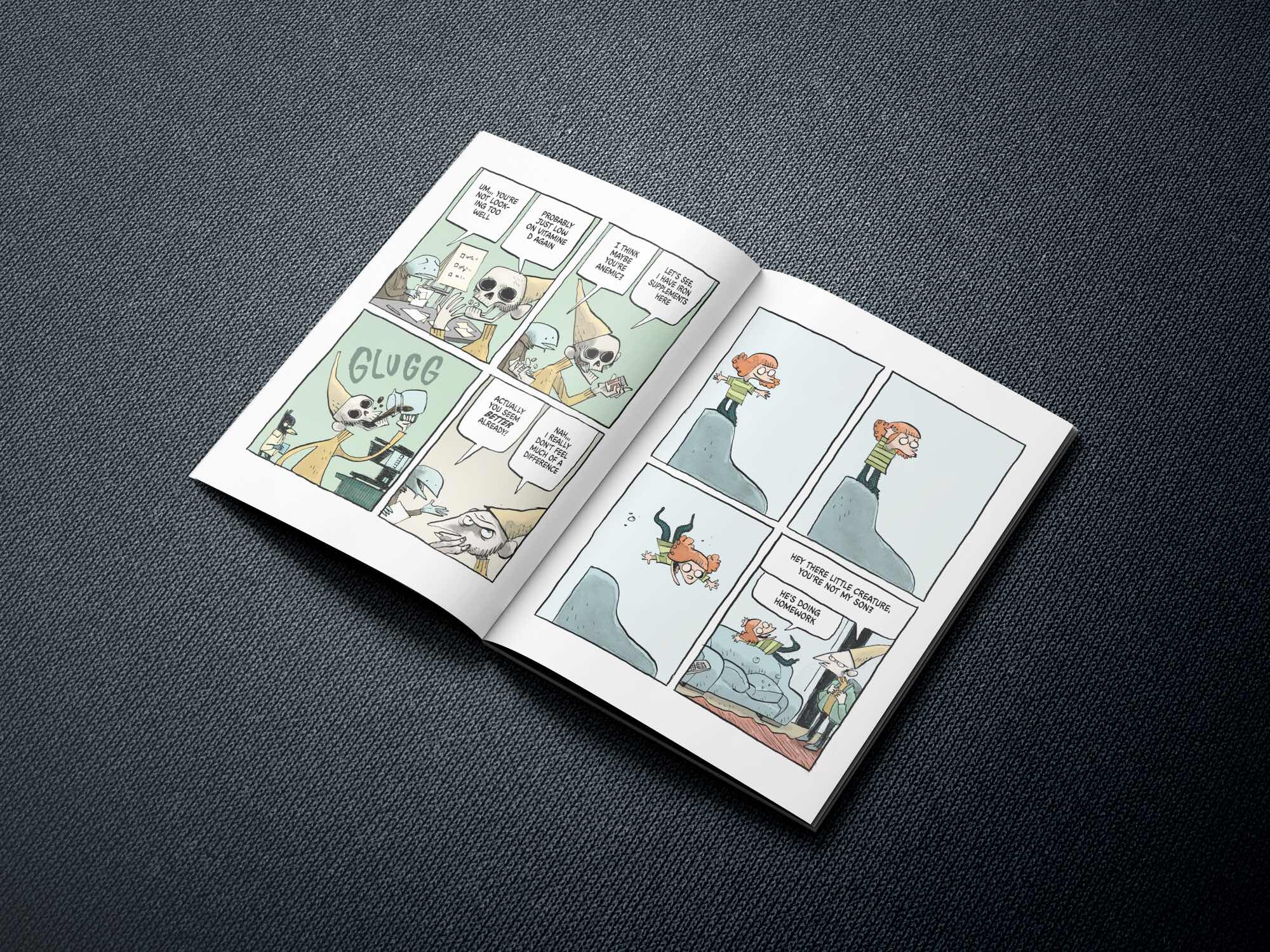 The Review - This popped out of the blue as I saw it for sale from those splendid folks at Good Comics. The covers really caught my eye and have been often commented upon after I posted them as recent buys on that there social media. I’m not overstepping when I say that this is exactly what a world weary commuter (i.e. me) needed mid week for humorously delivered pick-me-up. You are introduced to the rather random, yet strangely familiar world of Dunce.
‘Mongolian Cannibal Samurais!’
Everything is real yet turned on its head and given a visual style that is simple yet at moments bizarre. It is told in an almost newspaper strip style where everything is two, three or four panels and contains a set up and a funny pay-off. The creator makes use of some great facial acting (you feel the suburban anger and frustration on Dunce’s face) and also some excellently performed action sequences that rarely turn out well for Styve’s characters.
I adored the artwork in this series. It’s hard to compare or describe without just showing you a whole issue but if I did I’d say it’s got a pinch of Scandinavian quirk (the creator is Norwegian), a little of the Beano or Dandy and in style it has a narrative not unlike a James Kochalka diary comic. The art is part autobiographical diary comic, part Scottie Young and with a smidge of Jim Mahfood. Feel suitably confused? Don’t be it is cracking!
This doesn’t come more highly recommended both visually and medically! I loved this and will be seeking out more by this creator.
You are the Dunce. I am the Dunce.
Be the Dunce. 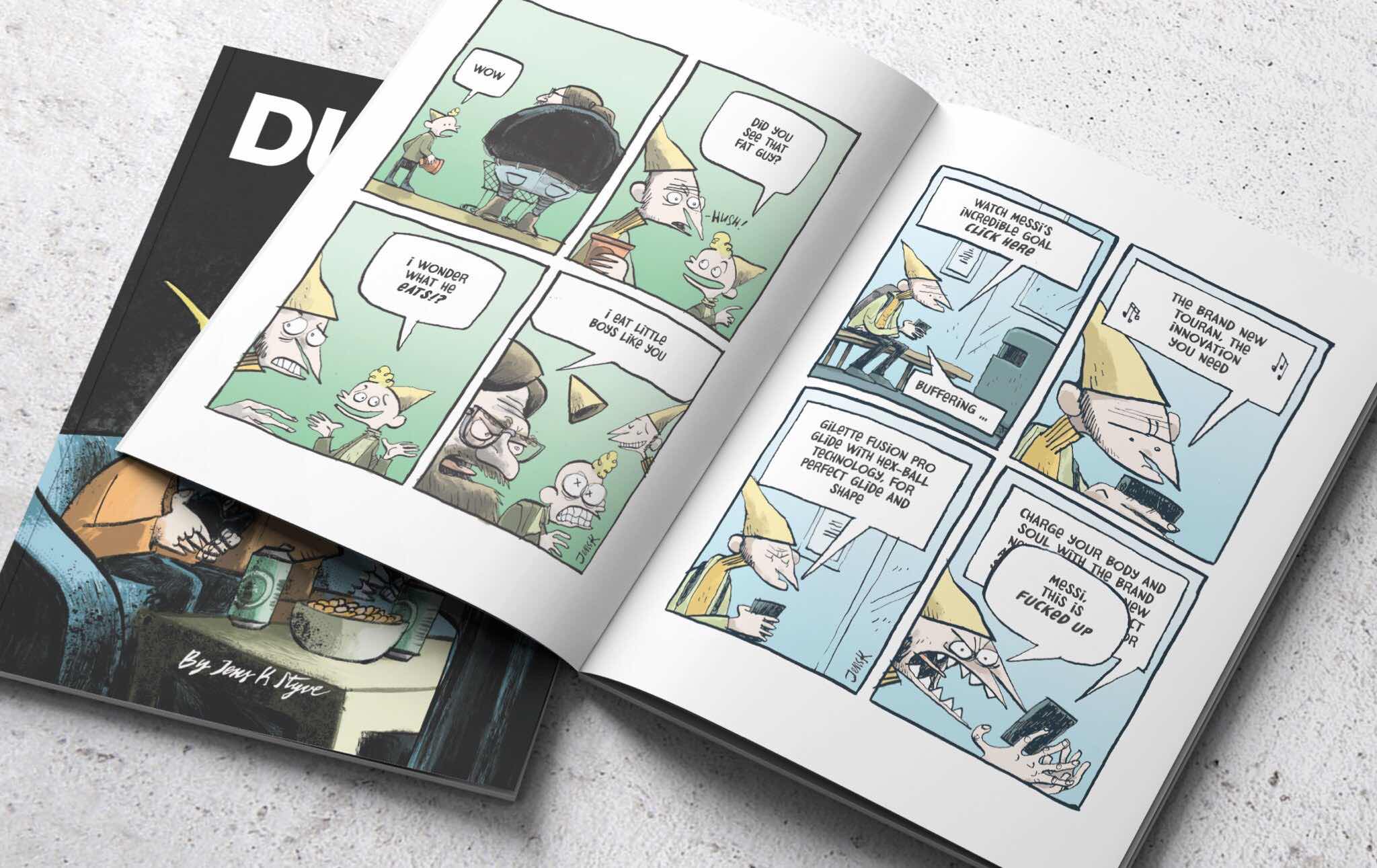 Find out more about this creator at www.jensk.net or buy, buy, buy at www.jensk.no
You can also follow his social media antics on Twitter @DunceComic or @jenskstyve
You can buy the issue 1 - 3 bundle at www.goodshop.bigcartel.com
Many thanks for reading.