‘A person who collects things of a specified type, professionally or as a hobby.’ 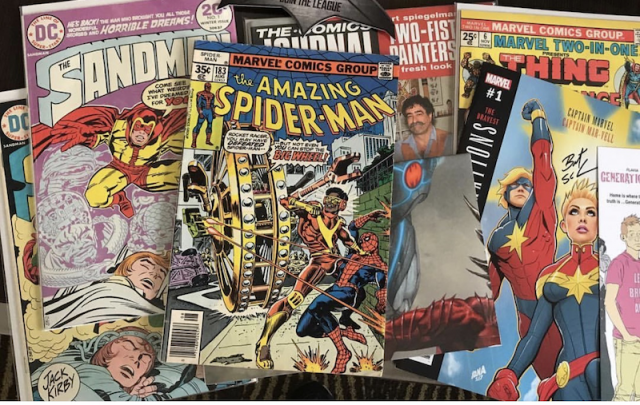 You don’t really hear the phrase ‘Comic Collector’ anymore. It used to be the thing that we would call ourselves. I actually think that this is a bit of a shame.
We would go to Comic Conventions and talk to other ‘collectors’. We’d plough through longboxes looking for that issue that we missed. I still do. Sure, there are a few groups online and at the now occasional Comic Marts who are still carrying on that tradition but I get the feeling that it’s something people are turning their backs on. Or at least refuse to admit to others and possibly themselves. Do people consider themselves too cool? Are they now the readers of ‘Graphic Novels’ or ‘Zines’ or ‘Sequential Art’ or whatever other load of wank that some up their own anus idiots decide to call it. Is is a presupposed opinion that the public will see them in a certain light? Everyone calm down. Look at all the movies and tv at the moment. You’d be hard pressed not to see something based on a comic. I’ve said it before and I’ll say it again. We won! We beat all those other crap pastimes like chess or football or stamp collecting or cat torture. We really did win. So. If you buy something. You keep buying it and you don’t just throw it away immediately...... that’s collecting right?

You can still claim to your mates that you ‘don’t really understand the macho allure of superheroes.’ But that doesn’t preclude you from the fifth level Collectors Badge. That image of someone who panics if the room temperature in his Man cave is too low or that person who buys two issues so that one can remain pristine and untouched (like him) is not what is required to be a ‘Collector’. 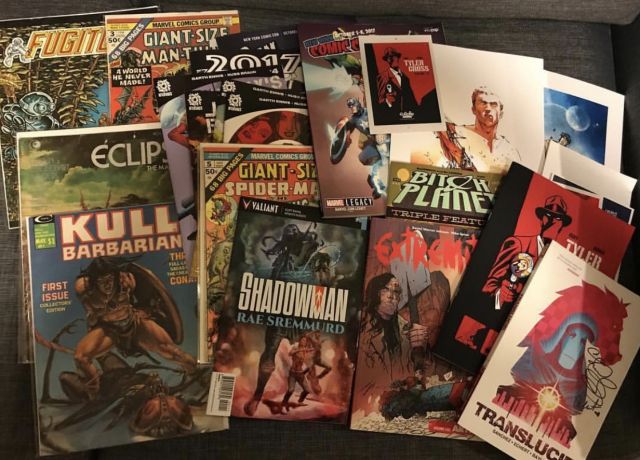 Personally I buy comics. When I get a few minutes in my life I’ll write down what I’ve got and what I’m missing and I’ll often go back and re read the odd issue or run. All of these exercises are actually pretty zen like. Sure, I’m a completist and I like a whole run to read but isn’t that the same as going back and watching that episode of a tv series your Sky Box failed to record? So give in. Stop telling everyone that you read comics because you appreciate the art but you’re ‘not really one of those people’. I’ve got news for you. If you have a box of Comics and you look forward to the next comic from whatever hipster cunt you follow YOU ARE A COLLECTOR! Accept your life. Put down that accordion/banjo/harmonica (insert wanky musical instrument here) and tidy up your comics and have another read of that one you liked. That’s it. Now you are one of us. I’m going to leave you now and get on with that Excel spreadsheet I’ve been planning for all the appearances of Omega Red. I’ll probably die under a stack of comics..... At least I’ll die happy.

Many thanks for reading.
Posted by Tony Ez Esmond at 00:08