In Review - Punks Not Dead from Black Crown Comics. 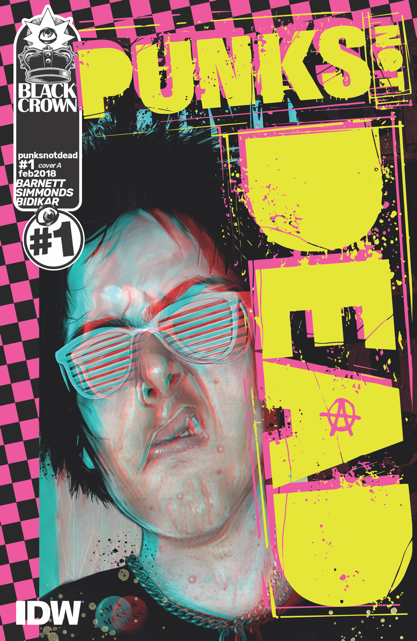 Cover A by Martin Simmonds.

Cover B by Bill Sienkiewicz.

Published by Black Crown and IDW.

The Story - The book opens on floppy red headed Feargal Ferguson. He’s a bit of a skinny and weedy kid. He’s in the school playground and is squaring up to fight a big lump of a teenager. The kids have formed the classic circle and are chanting ‘Fight! Fight! Fight!’

We then flash back some weeks and discover that Feargal and his mum have faked a back story of sadness and abuse to get on a TV Chat Show. The over preened host gawks and narrates to the camera as the pair have a surprisingly off script mum/son moment.

After being paid, the pair head to Heathrow airport and stop to examine the tawdry supermarket magazines that they are featured on the cover. Feargal heads to the toilets and bumps into the ghost of ‘Sid’ a man so similar in appearance and attitude to Sid Vicious that it might make you pause and wonder if they are one and the same. (Insert hmmmm noise).

Sid is talking to strangers and insulting the size of their nobs. Feargal realises that he is the only one who can see Sid and the pair begin something that might be described as an adventure.

Meanwhile there are strange goings on at Number 10 with the appearance of the Grande Dame of Modery one Dorothy Culpepper. She’s vamping it up looking like a septuagenarian Mary Quant model! She’s also an agent for an obscure MI5 Unit called ‘The Department for Extra Usual Affairs’. She’s busy catching a demon rat and stealing an expensive pair of leather trousers.

Sooooooo. The stage is now set for a crazy punk rock supernatural adventure. 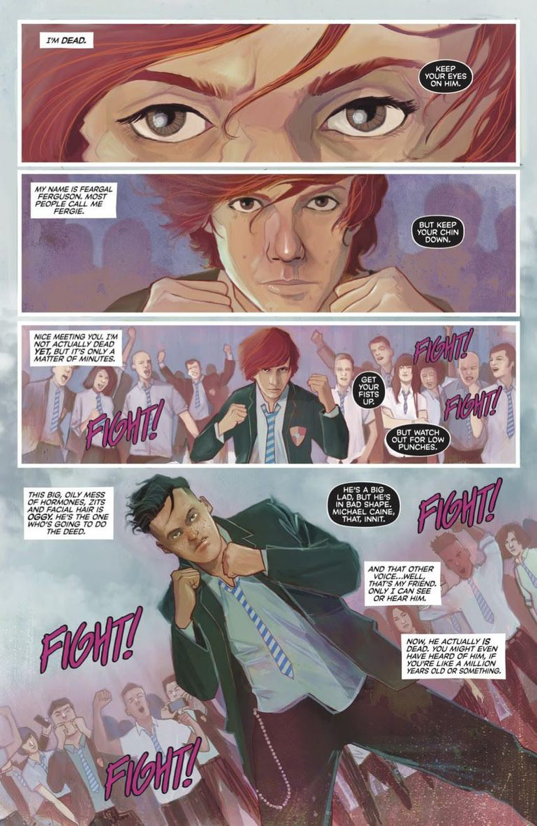 The Review - You hear good things about something and then it turns up and meets those rumours. Rare huh?

It happened here to me as I read this at an early morning commute train station in bucket loads. Straight out of the gate from cover to columns and all the in between I loved this!

I’ve known and enjoyed Martin Simmond’s art for quite a while. Thoughtful, experimental, beautiful even. But given the reins here in Punks not Dead you can see a talent that is about to get wider recognition. I sense in the sweep of the attitude in his pages and the way that he is already throwing you over his shoulder and artistically tumbling you through this world that this is just the beginning. I had a chat with Shelly Bond at a comic shop event last year and she hinted with enthusiasm at the imminent (Black) Crowning of the next hot thing! I gotta tell ya, she ain’t wrong!

I sense that Black Crown, Shelly Bond and David Barnet, Marin Simmonds and their gang are about to unleash a beast on us......one that is standing proudly with a sneer in their punk Doc Martins! I haven’t been so excited after a first issue for ages. It’s like we got the sneer of Deadline and Kill Your Boyfriend alongside the experimental visuals of The Books of Magic and Hellblazer.

I can imagine the fun that David Bennet is having as he writes. It whirls about like a funky late 60s spy movie and also has a load of heart. You see the musical influences but sense that this is about a kid who is lost and looking for meaning. Very nicely done dialogue bumps about on the page and he gives the artist and the colourist (Dee Cunniffee who deserves a bigger credit than they are getting in some reviews I’ve read) the right moments to shine. Have a look at the last few pages of the book to see some brilliantly paced and gorgeous visuals. 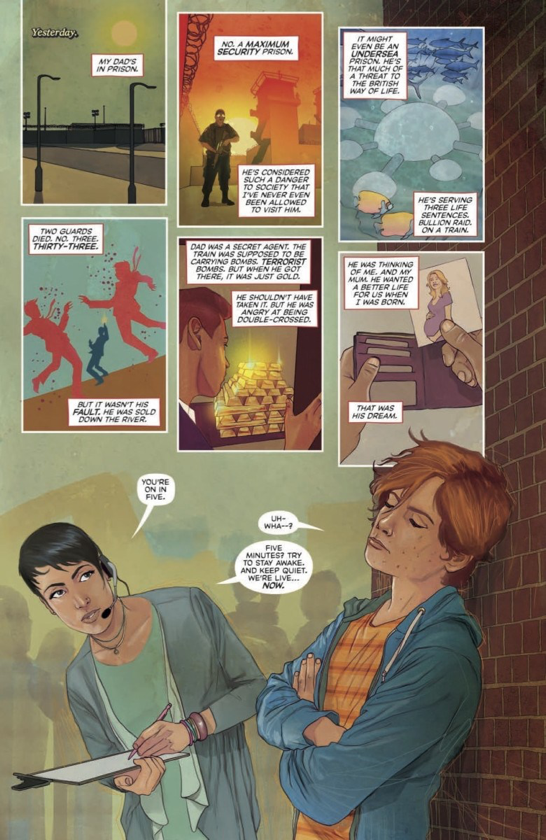 But don’t confuse my 1990s amphetamine ramblings for a selfish nostalgic time slip. This is relevant to the world that these characters live within and is just as set in the now (more so even) as anything else you’ll see on the shelves.

I added this to my pull list after hearing about the series at the New York Comic Con last year and I initially got the Bill Sienkiewicz cover. I’m heading back to Orbital today to complete the set with Martin’s version of the cover to issue 1. 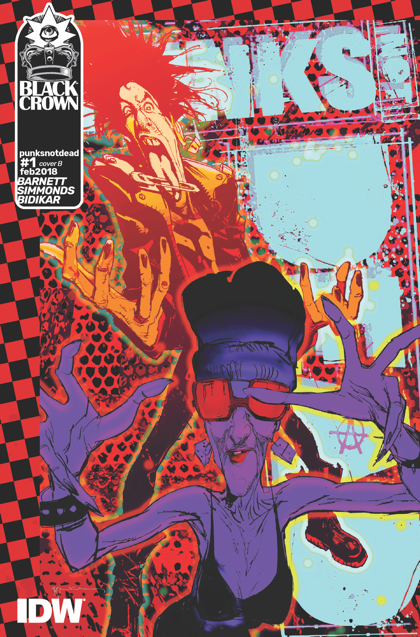 Find out more about the colourist of this beauty at www.deesaturate.blogspot.com or follow their technicolour Twitter @deezoid