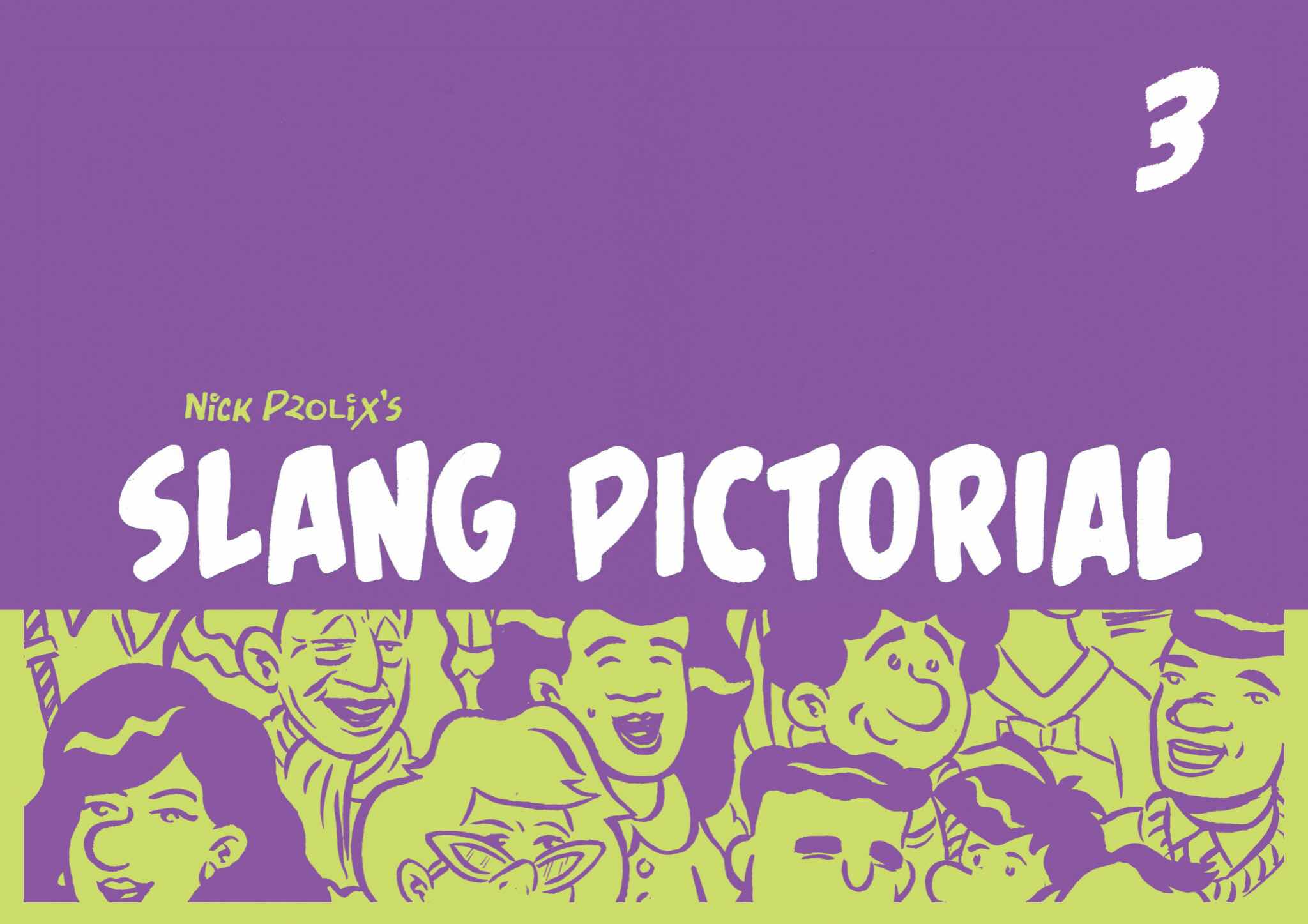 It’s always a joy to see anything by Nick Prolix, a pal and a collaborator with me on Cockney Kung Fu. But it’s Slang Pictorial where I first noticed his coolly idiosyncratic art work. You can see the mastery, effort and love of the medium in every single panel. He’s one of those artists that pulls magic out of his pocket in a seemingly effortless scratch of a pencil and splash of ink.

Volume 3 is about to get released at Cardiff Independent Comics Expo (C.I.C.E) on the 2nd of June. I’ve been lucky enough to see a sneak preview of this and have just finished reading it all through.

Let me say this, you won’t be disappointed.

It expands on the stories of the gaggle of Londoners featured in the last couple of volumes. Done in iconic black and white it feels and reads like the coolest Sunday newspaper strip you wish you’d seen as a kid. Nick shows his love of European cartooning and sets up a story that is a cross between a crime drama and soap opera. His art is strongly lined with confidant inks and iconic personalities full of attitude and swagger. It is at once dramatic, funny and cool. 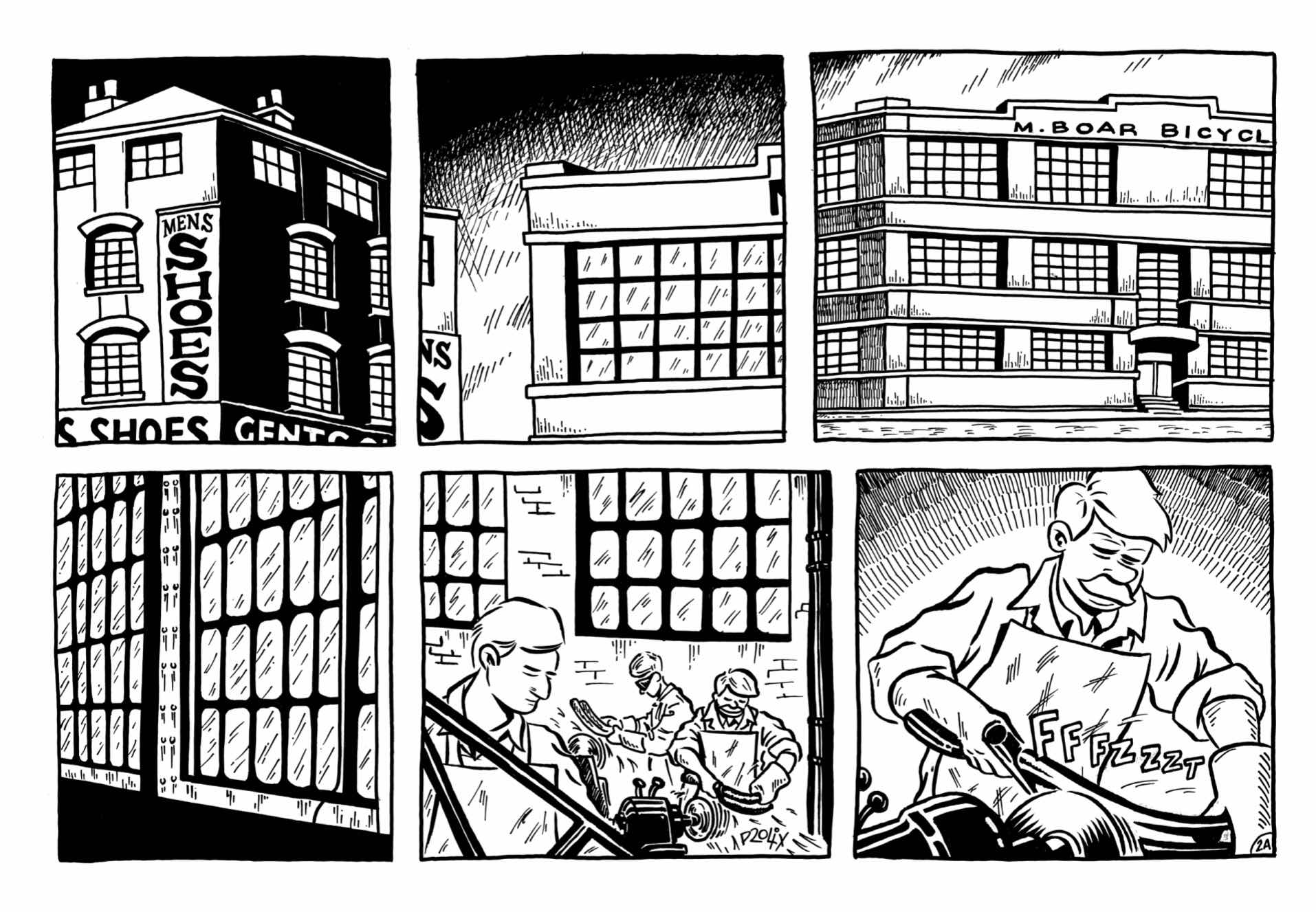 But there is a real edge to the characters’ journeys in this overarching narrative. We see the growth of worker’s rights and the lack of tolerance regarding sexual and personal freedoms. You feel the early days of the mixing of religious and ethnic diversity in London and also the problems that came from this mixing. Nick takes the time to make these issues a reality for the reader and for the people he populates his comics with. There are some harsh terms thrown around but they always come with the authentic backdrop of the gritty London streets and pubs of the time. A post war land that was undergoing a revolution. A place of flagrant street crime, wheeler dealer barrow boys, old school factory workers, closeted actors, hard drinkers ex soldiers and a growing feeling of racial and sexual freedom.

These geographical, albeit contrived in name by Nick, areas of London can be seen with historical and nostalgic viewpoints. As his players walk and negotiate the urban landscape you feel the bounce in their step with jazz music floating around them and the chance to find a few quid and booze it up. But there are always secrets and angles being played with. The story plays hide-and-seek with meanings and directions and deploys sharply cool dialogue like a drum solo of pacing and momentum.

I think you are in for a few surprises and possibly a couple of cliff hangers.

You can get a copy direct from Nick at C.I.C.E or find him at www.thesheepandthewolves.com He’s also on Twitter @nickprolix

If you do head to Cardiff you’ll be able to get this awesome postcard from him! 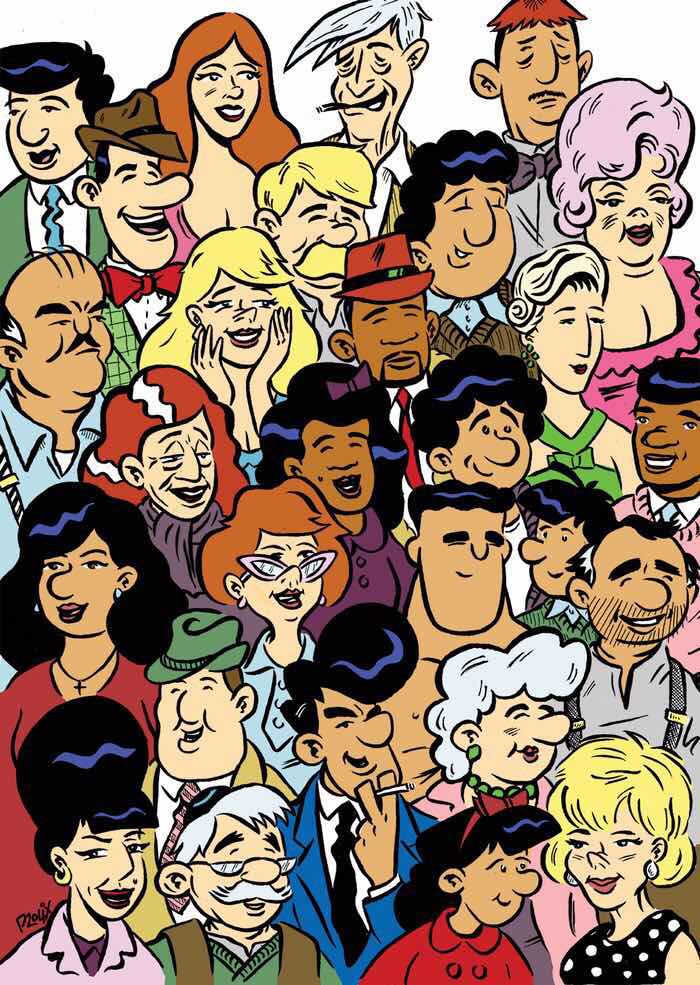