In Review - ‘The man in the Gutter: The Collection’ by Dimitris Zach 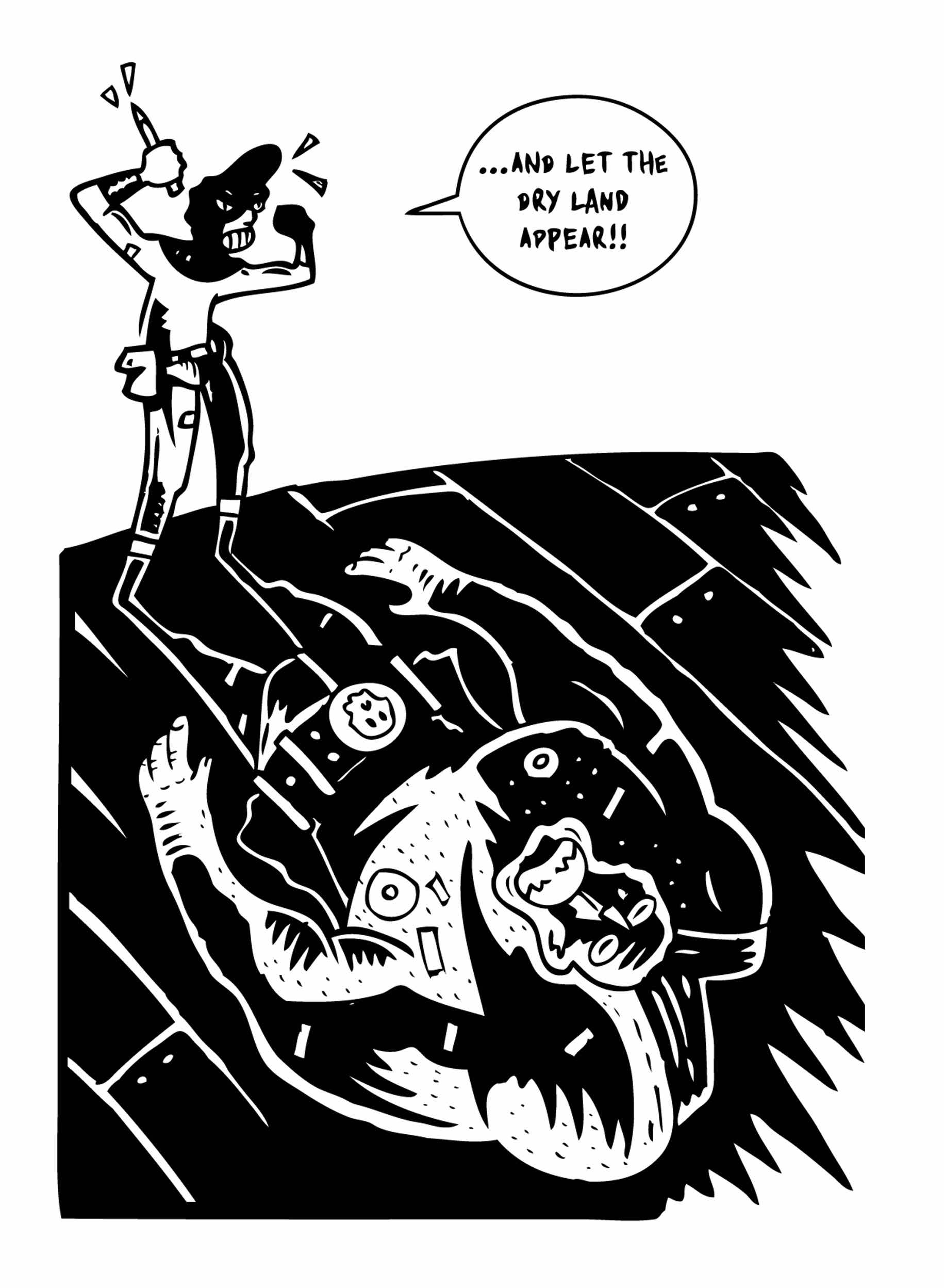 ‘The Man in the Gutter: The Collection’

Well, we are all different! Aren’t we?! I make comics, Declan, or ‘The Man in the Gutter’ on the other hand, decided to become a superhero!’

That is the description from the back of the collection. It is all that and more. It is quite nuts! Outstandingly so! 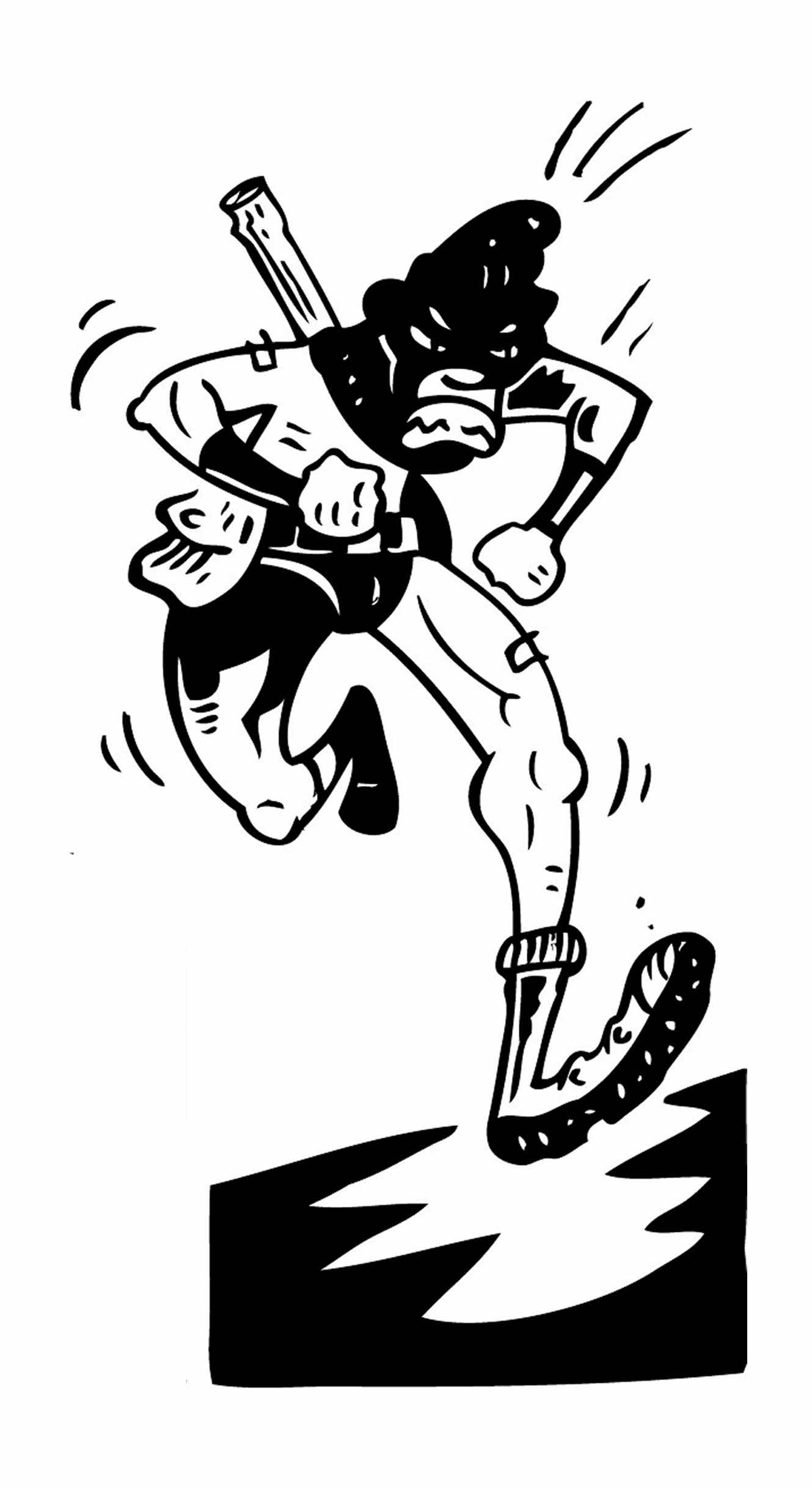 The Review - What do we expect from the Comics that we purchase and read?

Do we expect vomit? Do we expect Latin? (See below.) Do we expect a drink named after the blood of our fathers? Or just the appearance of an actual real life comic shop and the murder or a member of staff? Or a superhero with Daddy issues? Big ruddy Daddy issues!

I didn’t expect any of the above but relished it nonetheless. This is a book that will surprise you and also remind you a little of comics that appeared in Deadline or Escape Magazine or Toxic! And the like. If I were running an anthology with an open submissions policy I’d be straight on the blower to Dimitris.

I gave you the chance to be the light.

The chance to be a superhero.

And you betrayed me.

Now you are cursed.

And instead of flying you will crawl.

The Man in the Gutter.’

This is a book that I first saw after it got posted in the Awesome Comics Facebook page by Dimitris Zach. He was asking for opinions and advice on his work. I was immediately taken with the heavy inking style. Almost akin to something by Paul Grist in his St Swithins Day period but with a more punky edge to its heavy inks and strong lines. This style then evolves in front of your eyes to suit the storyline and also into something that would easily be spotted in a Punk fanzine of the 1980s. (A huge tick in the plus column for me!) 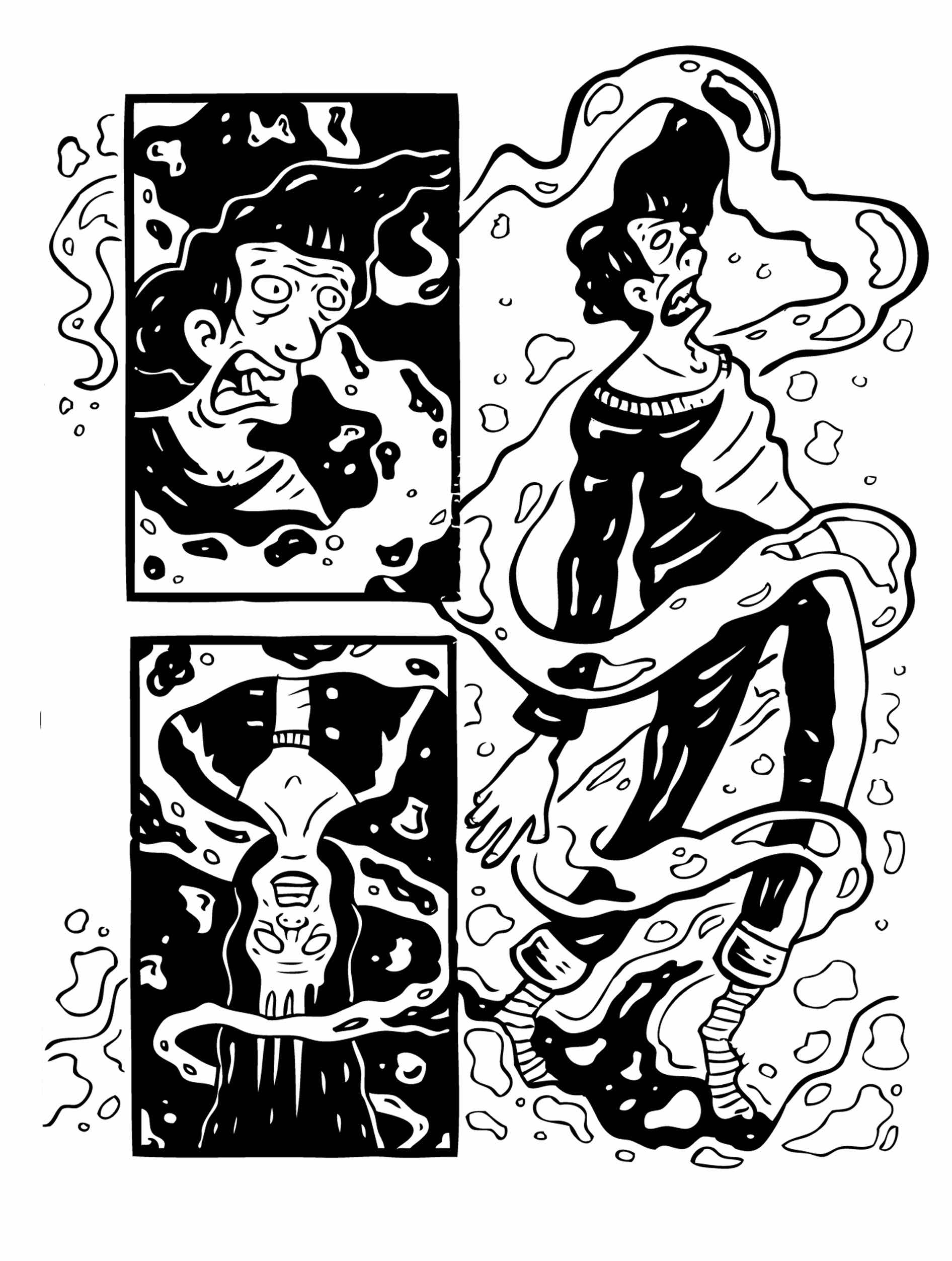 The story is told in a landscape style of a work similar to a Sunday newspaper comic strip. Narratively it flies about in a free form and anarchic style. I like that the creator takes chances with his story and bumps about with the ideas, bouncing (often literally) about and around the streets of Edinburgh. It is raucously meta and self referential. It is also daft and humorously pokes fun at the over melodramatic elements of fiction.

Now I need a paper copy!

For those that have read this and were wondering here is a translation ‘De filibusters bono rum et malorum’ means ‘On the ends of good and evil’. (No need to thank me....)