In Review - ‘The World Book of Records’ from Europe Comics. 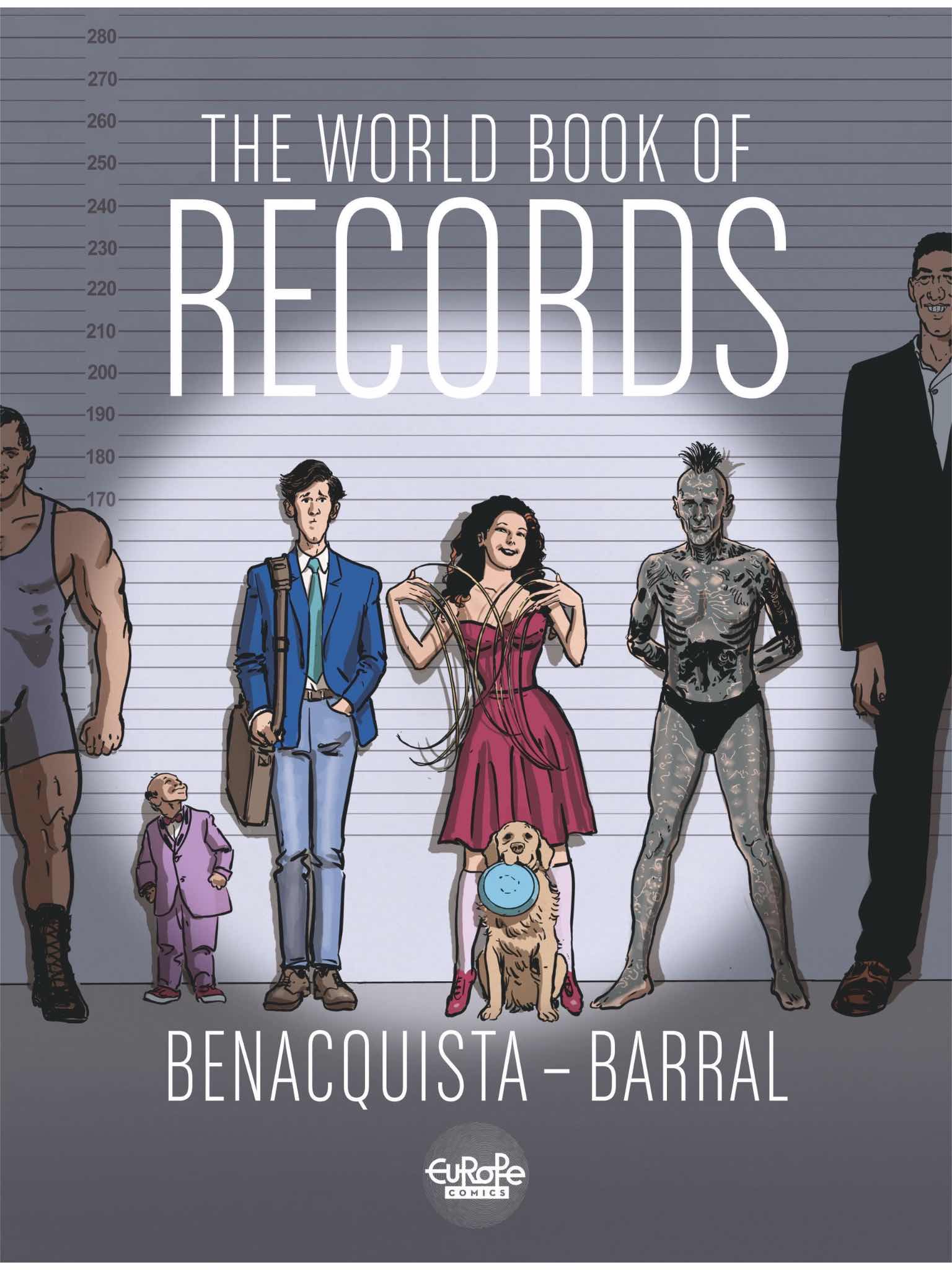 The World Book of Records.

The Story - ‘Egg-balancing, hotdog-eating, baton-twirling—these are a few of the records people try to break in order to find themselves included in the World Book of Records. For those who make into the book, Paul Baron, a judge at the publication, is a hero. For others, whose dreams he denies, he's a villain. After one man's plan to achieve renown is destroyed, Paul learns that the man may have lost everything else, but he hasn't lost hope—the hope of joining other record-breakers in the book. But the record the man hopes to break is terrible, and Paul unfortunately has a role in his project. ‘ 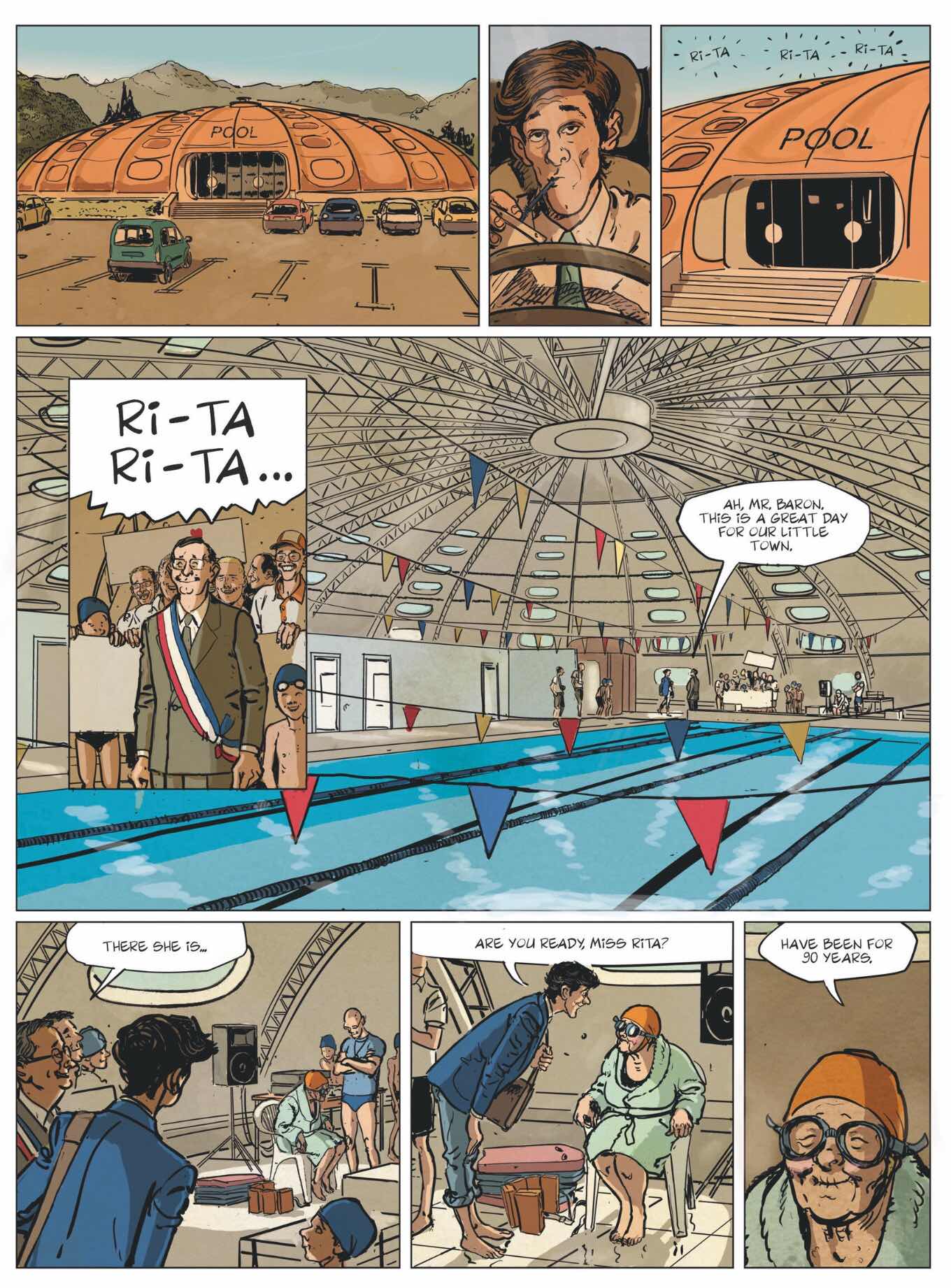 The Review - I talked about this on episode 149 of the Awesome Comics pod this week but felt like it needed a deeper dive and to show off some of the really great artwork.

There’s something about an opening of a comic where you see that moment before the alarm clock goes off. The city around us is waking up and beginning to get moving. A whole new day begins for Paul as his alarm clock goes off. He works he way through the morning rituals and heads out to the office of the Book of Records. Maybe it’s that you get a sense of the character of both the piece and the central character as he gets ready, it’s a kind of short cut to many little quirks of the story that always makes me interested.

When Paul gets to his desk at the office he checks his emails and sees the normal (for him) series of photos and messages of world record attempts. School kids try to cram themselves into a smart car or a photo of a rattlesnake that someone posted and is writing angrily about not getting a reply. Paul is a little weary of his world, he’s told by his colleagues that he is suited to his particular role at the business because he’s the sort of person who can let people down gently when they’ve fallen short of their dreams. But he is still a little restless. 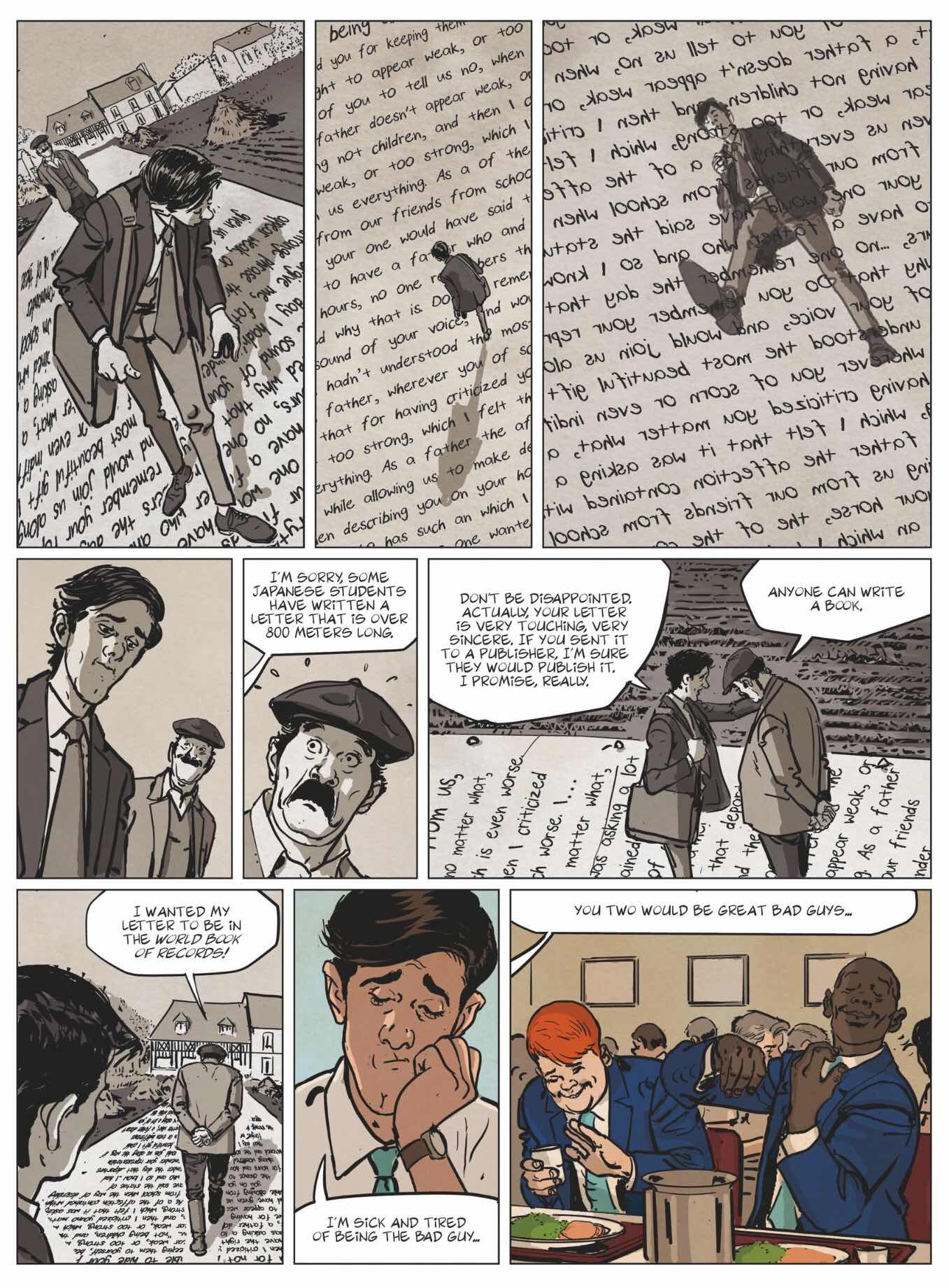 To punctuate his ennui he heads off to meet a man who has written a 250 metre letter to his father who has passed away. Paul has to tell him that whilst it is an amazing achievement this man has got nowhere near the 800 metre letter written by some Japanese students. You get a great sense of Paul’s life and personality through these short little scenes.

During his travels Paul also meets a girl. Heading to the house of a woman who has written in he watches some hilarious attempts to twirl fiery batons with no success. Seeing the opportunity he asks the girl out on a date. It’s a credit to the tone and art of the story that this doesn’t come across as sleazy or opportunistic in any way but rather actually quite sweet. You really find yourself warming to Paul.

Then the story starts to take a strange turn. Paul receives a letter from a killer. A person who wants to set a rather gruesome world record by killing people he believes deserve it. He goes to the precinct house but is brushed off by a detective who tells him that this is surely some kind of prank. But of course they then find a body that has been dumped in a lake. I won’t spoil where it goes from there but its not what you might expect...

The story has multiple strands and implications but what hit perhaps the most for me was the emphasis on that deluded fifteen minutes of fame. People striving to complete an (often) ridiculous feat in order to give their lives some form of meaning. Paul is us in the story, he sees through the bullshit of the modern age and tells people, albeit sensitively, that they shouldn’t carry on with these attempts and just smell the roses. In one particularly touching moment Paul talks with a man who wants to set some form of record with his dog catching a frisbee. Paul very nearly breaks the fourth wall and tells him just to be happy with his life and that breaking a record doesn’t really have any huge meaning in the grand scheme of things.

As well as being a character study and a serial killer thriller it is also a love story. The relationship Paul forms with the baton twirling girl has reality and warmth. As a reader you really want Paul to be finally happy. I’ll leave you to read this comic to discover if he gets there...

The art in this volume crosses the line excellently between a gorgeously realistically rendered world and the slightly caricatured facial features that we often see in European comics. Paul himself has a a slightly elongated face that ends in an almost Forsythian chin. Again this really adds to the charm of the whole book. the colour worth is natural and light. This story doesn’t need any bright sudden colours and the city and country scenes are just beautiful to sit and watch. Like the scenery outside the car window on a drive through the countryside with your parents.

Credit also goes to Tom Imber who translated this from it’s original language. Often I find translated comics to have a stiffness to the spoken word. None of that here. For the first time I think I’ll be paying attention to what else he works on in comics. 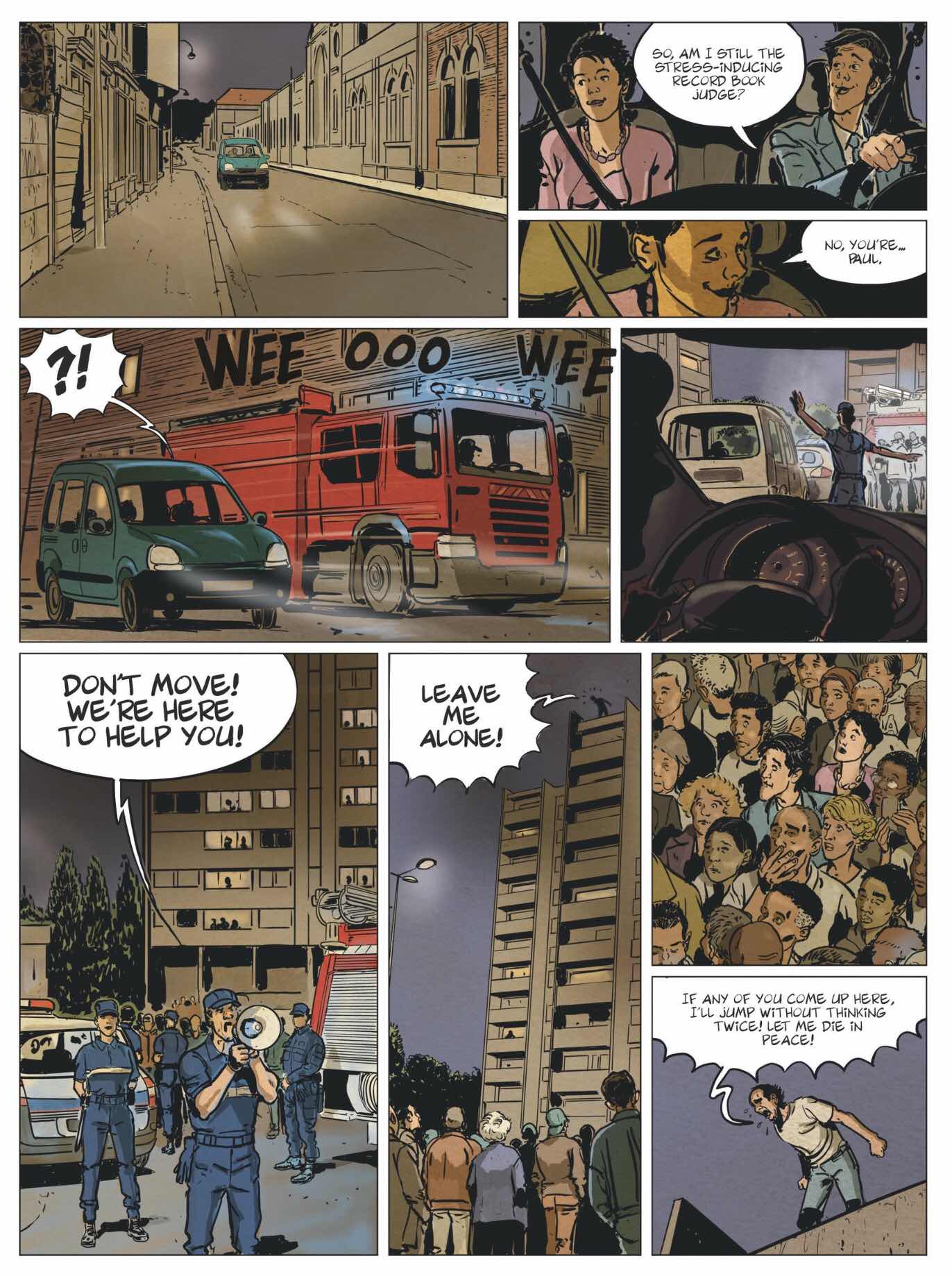 If I had one criticism it would be that serial killer element of the narrative is wrapped up a little too quickly and conveniently. This is a book that I would loved to have picked up as a series and could easily have run longer in my humble opinion.

I read this comic on the Izneo app. If you decide to have a look, and I hope that you do, then also be aware that they have it listed as ‘World Records Guide’. The title on the cover is slightly different.