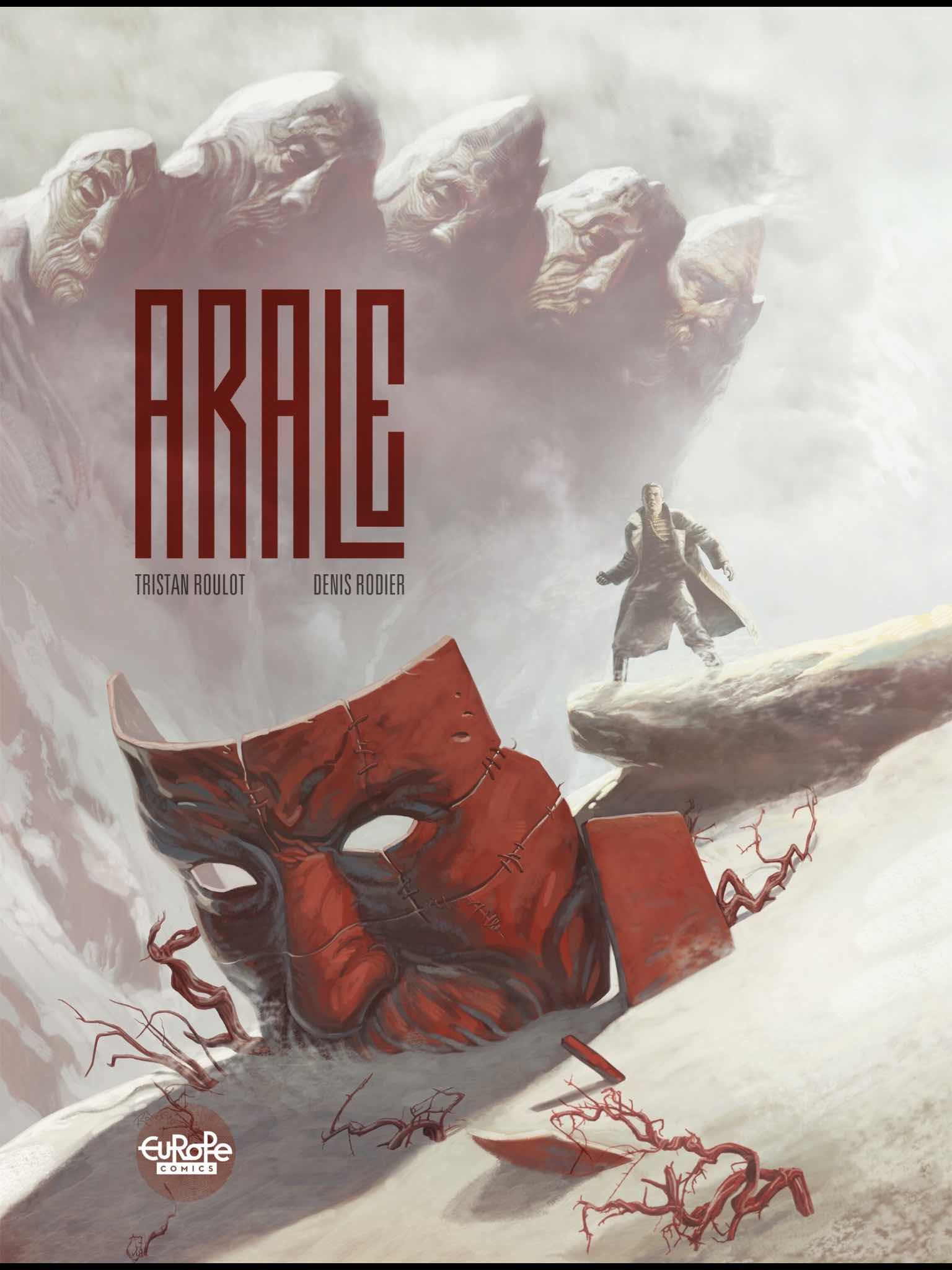 The Story - ‘The year is 1934. Rasputin holds the reins of government. When the Czar is mortally wounded in an ambush, the mad monk turns to his Council of Dark Mages and his former mentor, Baba Yaga. Together, they concoct a plan that involves trench warfare mechas, mind-to-mind transfers, and the long-lost heir to the Romanoff throne: Kyril Noskov, a hero of the war that's been raging since 1914, to which generations of Russian youth have been sacrificed. Roulot and Rodier's reimagining of a Russia that never was blends science fact and dark fantasy into a spellbinding fable of the price of power.’

‘Deep in the woods, look and you will find Baba Yaga’s little hut.’

The Review - ‘It’s OK, it’s fairly simple, just draw some horses and then blow them and the carriage they are pulling up in a faux future Russian setting?’ Typed a writer in about two minutes. But Rodiet pulls it off with panache over and over!  This is a book that I really wasn’t expecting after seeing the cover image. It’s also another book from the Europe Comics stable that caused me to send images of what I was reading to comics and art loving pals with the words ‘Fuck Me!’ 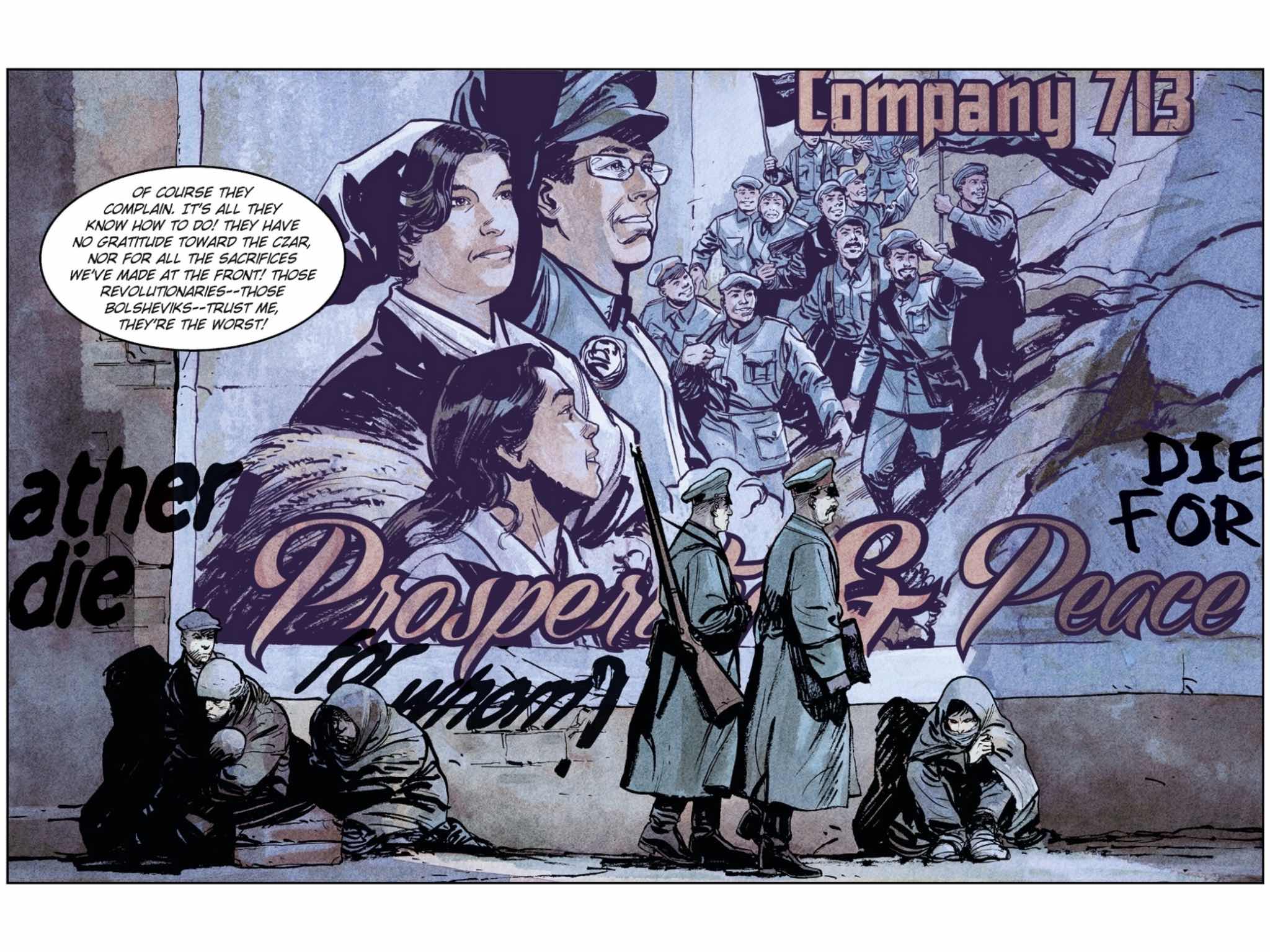 Essentially at it’s heart this is an alternative history book. A narrative that examines the assertion of what if the Czar had survived (redacted - spoiler) in old Imperial Russia. Lieutenant Kyril Noskov is a hero of the ongoing war and has now been given the task with his partner Sergeant Saskia to train the (very) young future pilots of the Soviet Mech - The Vector 9 aka ‘The Trencher’. Nothing here is as it seems.....

This book is full of both gorgeously creepy details and Machiavellian plans within plans. Rasputin claims that the Czar is immortal. Is he? Or is something altogether more deadly and mystical going on behind the doors of the palace and in the basements of military bases? Kyril is our hero and a soldier who is loyal to his leaders but he is pulled into a mission that may well change the course of Soviet history in this sinister alternate universe. It’s unlikely that he is being told anything near to the truth yet follows through on each of his perceived obligations. This is a comic that gallops along from one amazing piece of artwork and speculative plot twist to the next.

‘These are hard times for the truth...’

The art is hyper detailed and full of realistically realised heroes and villains. I could read the pages containing Rasputin over and over! The artist has a strong grasp of physicality and setting. He knows exactly what he is doing with a strength of purpose and fills every single page to astounding effect. I could see him in the same class as current artists like Steve Epting or even Sean Philips with a direct line back to Raymond, Toth and Gil Kane. Rodiet has worked extensively in US floppies but this book is next level! 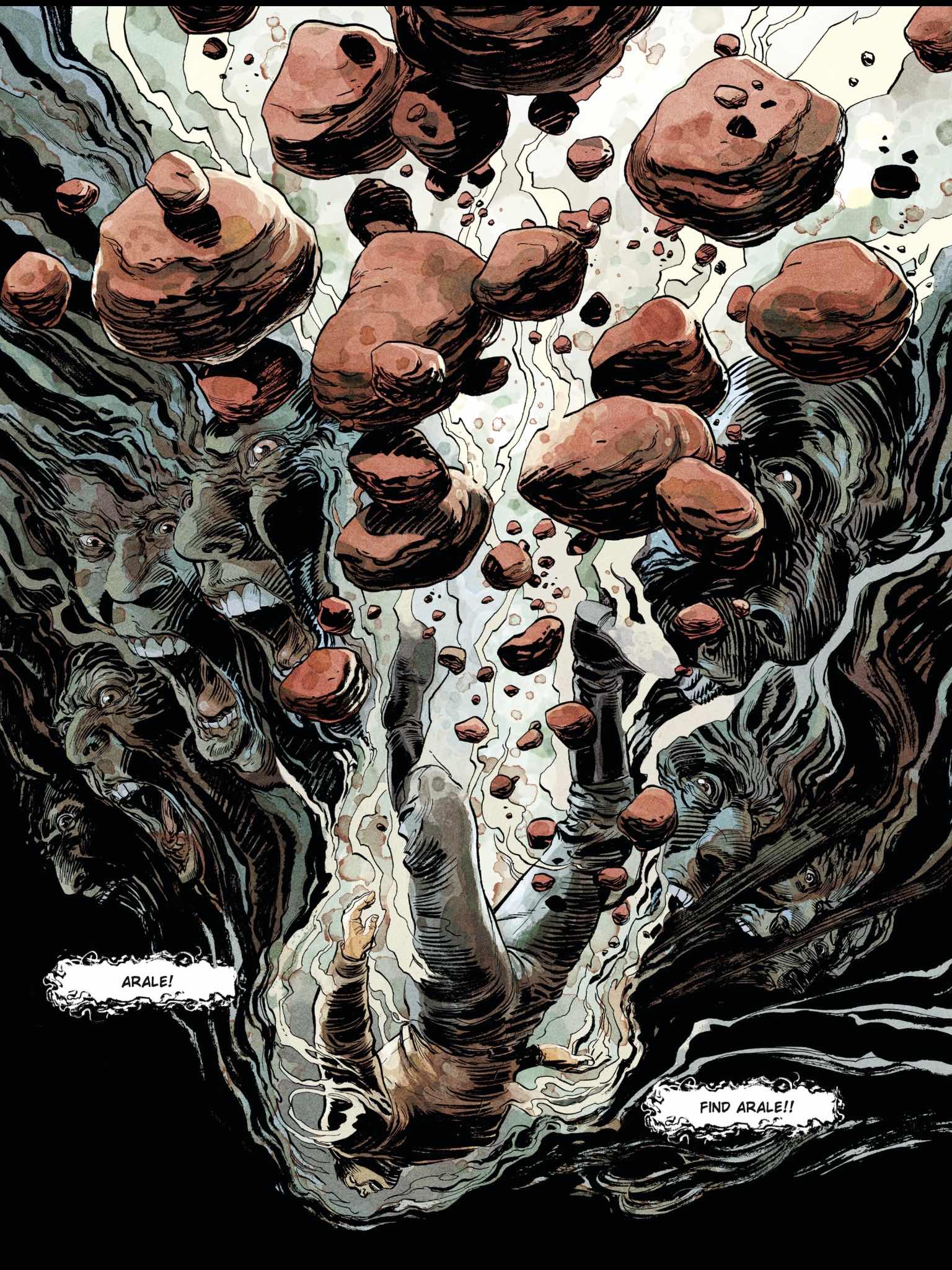 As well as being an incredible artistic artefact this comic speaks to so many themes in it’s 64 pages. Duty, patriotism, a war weary society, mysticism, Mech soldiers and the evolution of the art of death and destruction, love and relationships and dark and dangerous conspiracies. It’s also about the nearest you’ll get to combining action and adventure in a fantasy setting with the war poetry and tragically beautiful quality of Wilfred Owen and Siegfried Sassoon. It manages by the end of the book to have knotted together all these ideas into a satisfactory ending.

It’s quite the book.

As I type I’m about two hours from recording an interview with Irina Polianina from Europe Comics for the Awesome Comics Podcast with Dan and Vince. I’ll be talking this book up and asking when there is more!

You can find out more about Europe Comics by following this link http://www.europecomics.com Here’s a little about the creators from the Europe Comics website;

Tristan Roulot is a French journalist and scriptwriter, born in Rennes in 1975. After obtaining a Master’s degree in law, he left the judicial sector to devote himself to comics. He started his scriptwriting career with the humorous series Goblin’s (Soleil), illustrated by Corentin Martinage, which has become a great commercial success, with more than 200,000 copies sold. In Canada he met Patrick Hénaff, with whom he created Le Testament du Capitaine Crown (Soleil), a dark and violent two-part thriller. The pair later joined with Philippe Sabbah for Hedge Fund (Le Lombard), a financial drama at five volumes and counting. Roulot has gone on to create Irons (Le Lombard, with Luc Brahy), set in Canada, as well as Arale (Dargaud, with Denis Rodier), which reimagines a Russia that never was, blending fact and dark fantasy into a spellbinding fable on the price of power. Both titles are available through Europe Comics.

Denis Rodier was born in Quebec in 1963. As a comic book artist he has worked for the likes of DC Comics, Milestone Media, and Marvel Comics. It was in 1986 that he began a career as an illustrator, which would lead him, two years later, to the world of comics. Among his first work for DC Comics was a Batman story published in Detective Comics #589 (August 1988), and his portfolio includes other world-famous characters like Captain America and Wonder Woman. It was his work on Superman that garnered Rodier his greatest acclaim, including the award-winning The Death of Superman story arc. As a painter, his work has been seen in such publications as the illustration compilation Arzach: Made in USA, and his freelance work includes work for such clients as Tony Levin (Peter Gabriel's band), Pat Mastelotto (King Crimson), and Suzanne Vega. He joins the Europe Comics catalog alongside Tristan Roulot with the graphic novel Arale (Dargaud), which reimagines a Russia that never was, blending fact and dark fantasy into a spellbinding fable on the price of power.