In Review - ‘Ira Dei: Volume 1 - The Gold of the Qaids’ from Europe Comics. 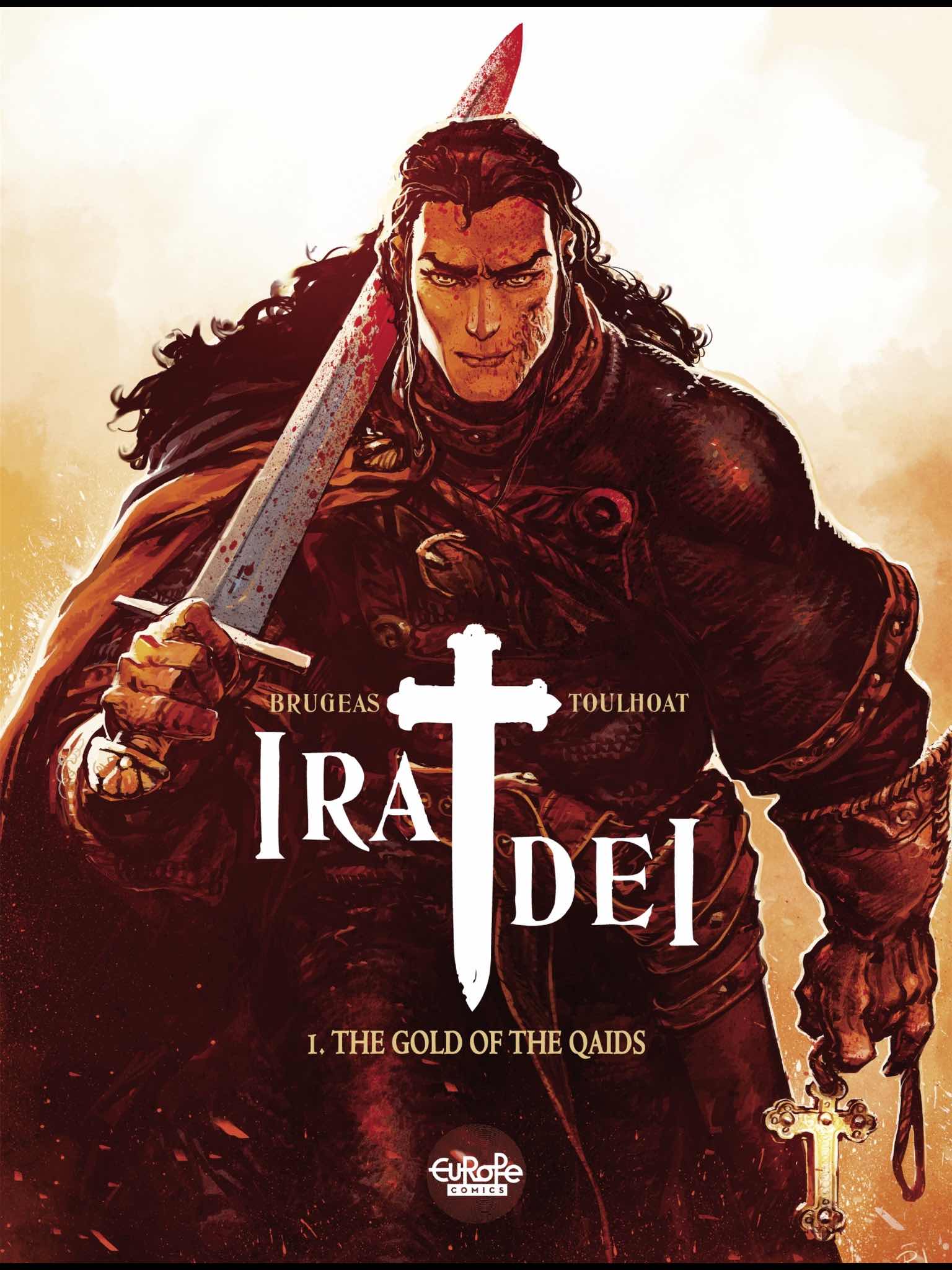 The Story - ‘A Norman by the name of Tancred makes landfall in Sicily with a motley international mercenary crew. A figure of mystery and danger, he soon proves himself a fierce blade and a cunning strategist, but why has he come? Revenge on the embattled Lord Harald now besieging Taormina? The fabulous wealth of the Qaids hidden within the city? Why does Tancred travel with a papal legate who calls him Robert? What disgraceful past is he trying desperately to hide? It’s every man for himself in this intrigue of shifting alliances and sudden death, set against the backdrop of Sicily’s Norman conquest.’ 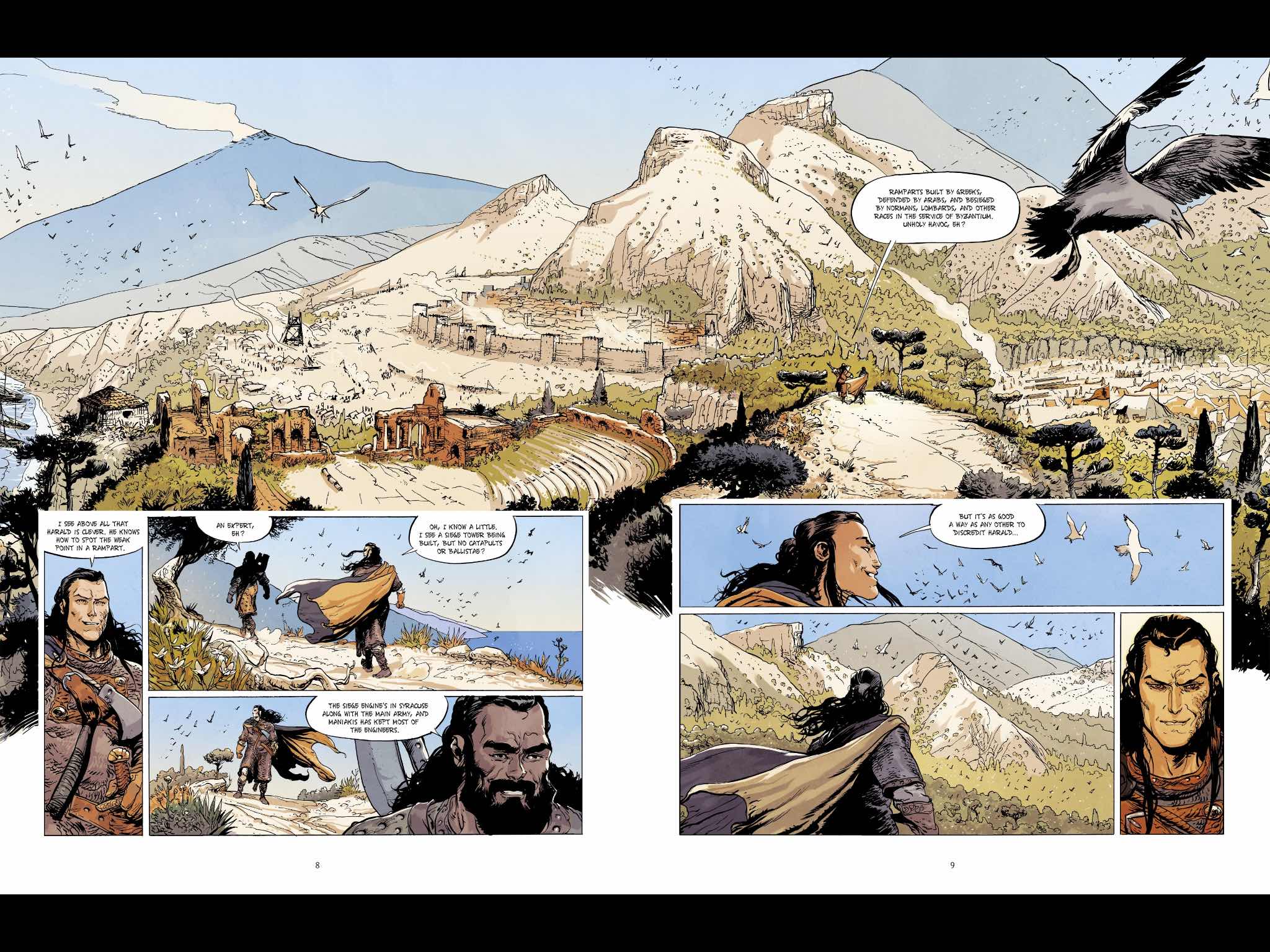 The Review - This is the sort of book that BD does so well (originally published by Dargaud). It’s an adventure tale from the eleventh century set again the backdrop of the political and religious turmoil of the Mediterranean. The situation is not a simple one and pretty much my only complaint is that it is one that I don’t fully understand. My stupidity is on show if anything in that I hadn’t quite realised the reach that Norman warriors had in the area. But this niggle is soon forgotten as the narrative swings into to bloody action.

A small band of mercenaries land their warships on the coast of Sicily in 1040 and approach the local General lead by the heavily facially scarred Tancred to request in joining in the lucrative taking of the island. To prove their worth they are given the job of hunting down teams of enemy soldiers who are controlling the local villages. They do this without a small amount of bloodshed and casualties and you get a sense of the ruthless and barbaric hearted nature of Tancred. He is a man on a mission and nobody will stand alive if they block his path.

After a discussion with the general a female confidant at the General’s side comments in his shell like on Tancred’s presence...

‘...his eyes speak volumes. He’s been through Hell. And lived to tell the tale.’

But it is not just the duplicitous nature of war that is centre stage here it is also the fact that Tancred has a secret. One that is held by the Pope’s representative who is at his side for much of the book. Like many adventure genre historical BD books it is the Christian church that hangs in the background full of treachery and lies. This book takes advantage of this and twists the schemes a little bit more than usual. Something happens in the last chapter of volume one that you may not expect. 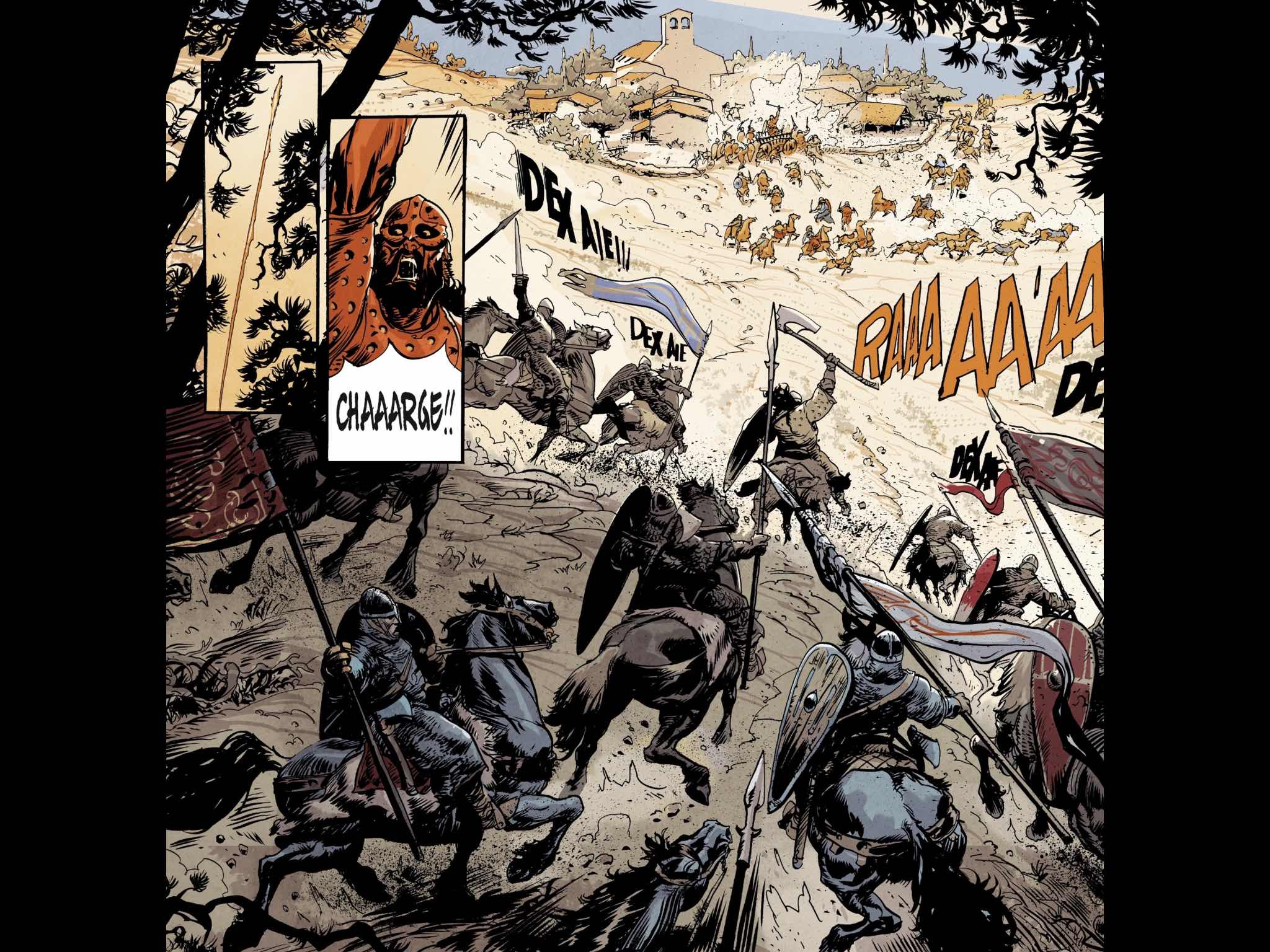 The structure of the story is broad and brave and wholly successful. It rushes full pelt at the reader with schemes and battles and blood and sex and a strange borderline incestuous relationship between clergy..... (yeah you read that right).

Nobody is a good guy. Everyone is a villain. All involved are after money or power or possibly both. It shows grandly the chaotic and dangerous life of these times. And so, oh so, much blood!

The art is right up my street. It manages to live equally well in the smaller moments of conversation as well as when the page opens up to battlefields and sieges. Ronan Touhoat can really draw a warrior. None of these skinny, pretty boy Hollywood actors on show here. These guys look like they can give you a proper clump (as my dear old Dad would say). They have true swagger and walk and act and fight like the true hard bastards that they are.

This is a book that all adventure fans should read. I can see it having a cross border appeal with anyone who loves fantasy and those that have a yearning for this sort of historical setting. It also has on show the ethical ambiguity that you saw in a movie like Flesh and Blood. Remorselessly violent and brutal. Everyone is at risk of falling to the swing of an axe.

I’ve just finished volume one and will be diving into volume two straightaway. I’ve yet to read anything that I haven’t liked from the mighty Europe Comics. They are always worth a look if you are a little tired of the current books being poked out by the big UK and US companies.

There’s also a great character design section at the back of this volume with some great pencil and black and white work that is well worth your time. 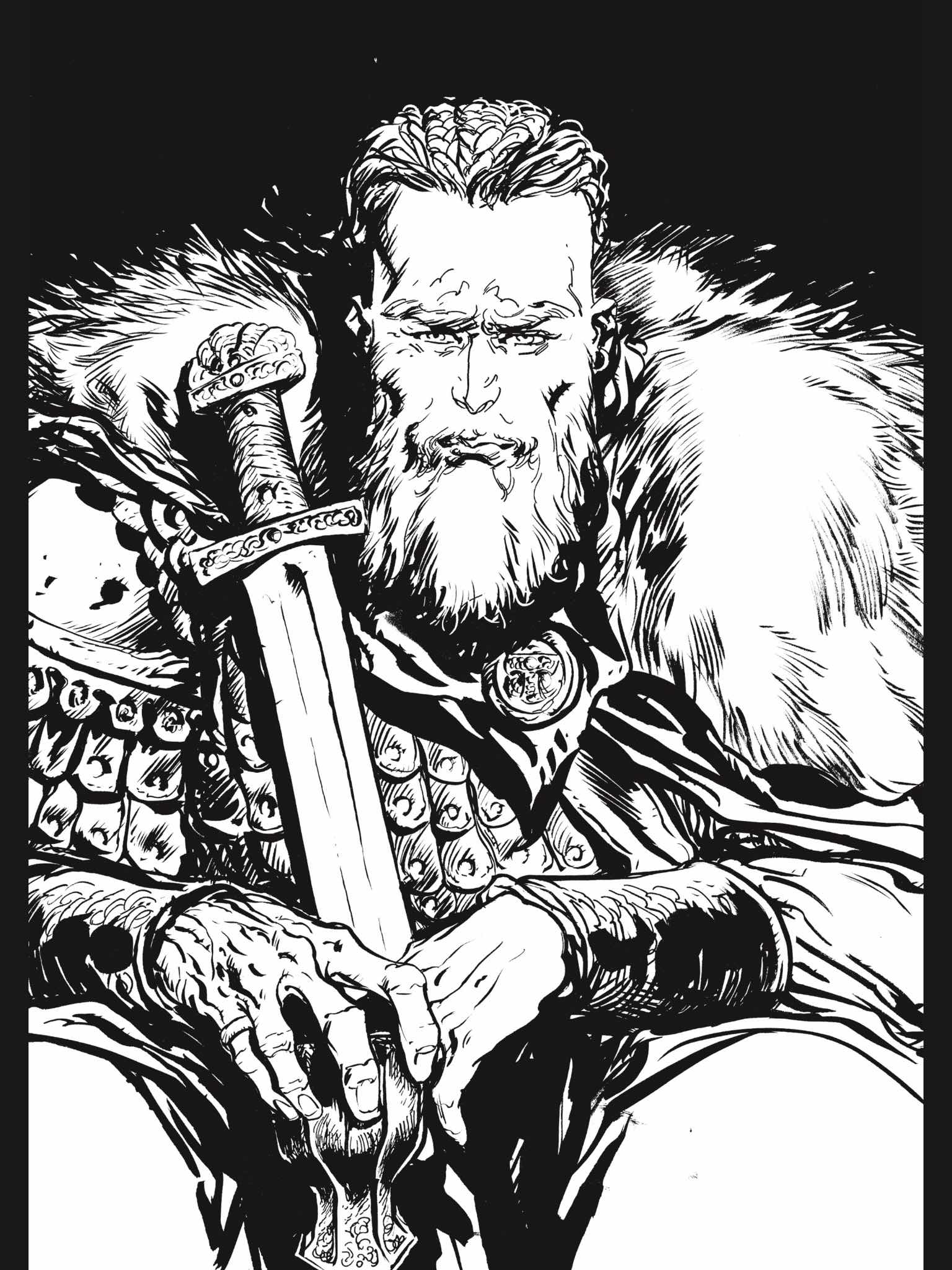