As all reviews on this site this one is purely personal.

It's of a series that I have so far enjoyed and of a character set that I have always followed.

Hawkeye 8 really ruined it for me. The art in most parts is splendid.

It seemed to rely on cliche chintzy fashion. It's cutey fashion approach seems to step over the line to style over content.

Characters appear for moments (the parade of ex girlfriends for example) and then leave. They seem just to be there for the 'boom tish' joke effect.

It seems like a jokey tribute to a Mike Allred book with too much 'look at how cool I am' on its sleeve.

He didn't look in the box.

Why is he kissing her?

Why didn't she hang around in the car for them?

What is going on?

Just a bit of a mess. Write a story. Not something that you think makes you appear cool and clever.

Am I missing something (probably) but this is the sequential relative of a Lichtenstein painting. It's a book that steals from all over the place in an attempt to be cool.

Cats like watching plastic wind up mice race across the floor. But they soon get bored.

The high point was the mob gathering. That looked and read well. 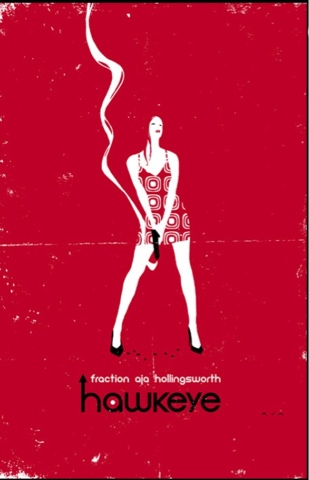