Cee and Bee a review. 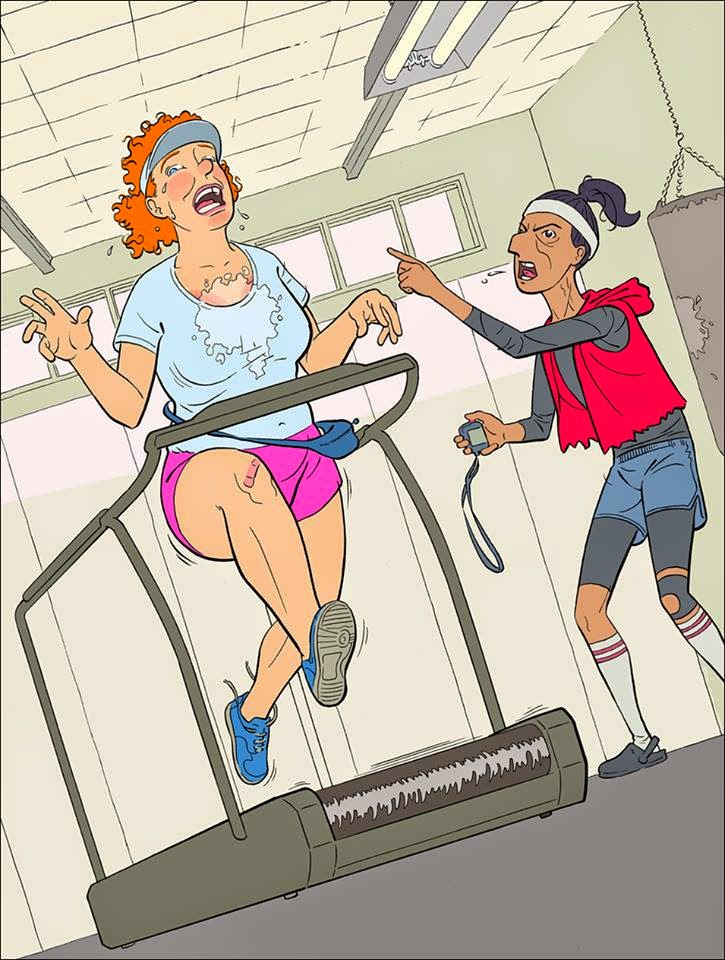 A book from my old pal and comics collaborator just came out.

have a read of the review over at Beardrock.com
http://beardrock.com/eyebrow-art/comics/cee-bee-review

Below is a conversation I had on Twitter with the MCM Ireland Comic Con people just this morning.

(Please note they are still calling themselves 'Comic Con'.)

It was prompted by this post relating to a day of talks and panels they have scheduled for their upcoming show (the Sunday is shown here). 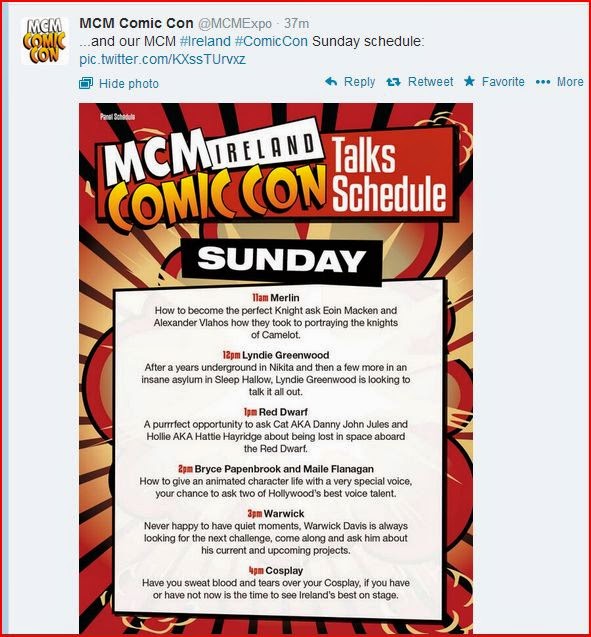 I thought I would ask what they are doing for comics fans. 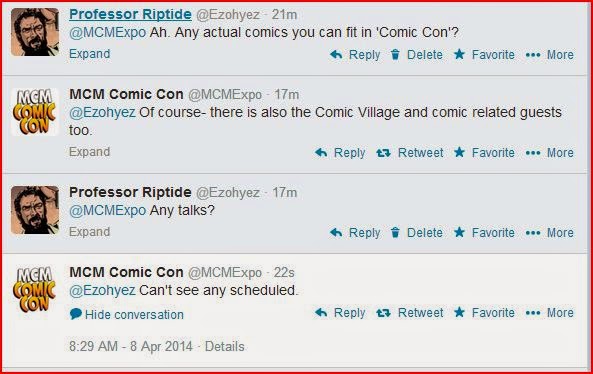 I don't know about you but to me this seems like false advertising?

MCM (is that a company or a brand or what?) seem quite prepared to have panels with TV, anime or cozplayers but the actual 'Comics' in their title seems a little ignored. The 'Comic Village' is not a big draw from what I can see at these events.

I personally have in the past attended a couple of these events thinking that they were comics events only to be pretty disappointed. (Perhaps I sould have asked for my money back? My loss I suppose).

If you are going (I was actually considering it again) and are going becuase you are a comics fan I suggest you research this (and similar events) first to avoid an expensive day of disappointment. 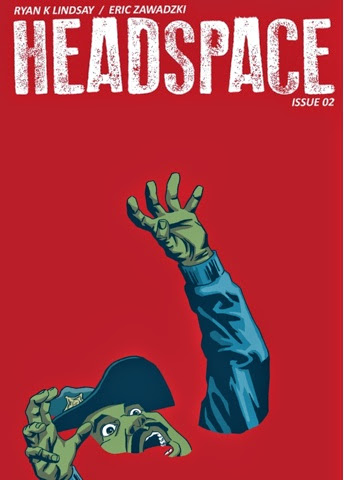 I was lucky to get a preview copy of issue two of this superb digital only comic. I had previously interviewed Ryan Lindasy for beardrock.com and he spoke about a number of themes that included being a father.
This is where we are thrown on page one. I myself am a father and it's for exactly this reason that I felt chills in the opening few pages especially. What parent hasn't woken up in the middle of the night after a nightmare where they lost sight of their child in a crowd or at a shopping centre? But Ryan doesn't stop there. He grabs us by the nostrils and throws us straight from one fucked up nightmare situation to another. He chases through Carpenter Cove avoiding serial killers, talking dead men, tidal waves, crocodiles (well I suppose he is Australian after all) and the freakiest of all freaky a marionette man with a handgun.
'Everything moves between real and surreal.' 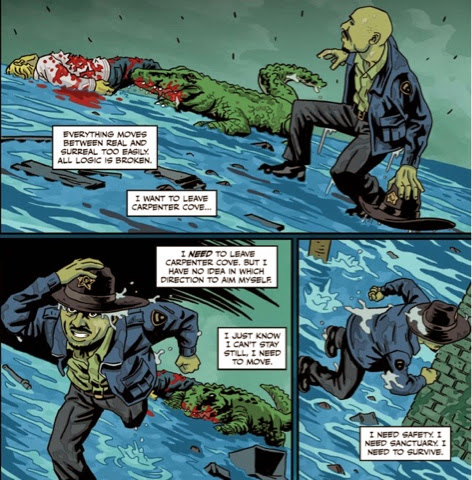 Eric Zawadski kills it on the art and each panel has both pace and terror lead tension. Playing on bad dreams allows the story to claw at the edges of the readers eyes and mind like no other fear can. All these fears are put front and centre, on display in the shop window and not hidden in the storeroom.
Then suddenly half way through the book it takes a left turn. You can hear the tyres squeal yet you are still gripping on for fear of falling out. We get an explanation (of sorts). But in a book that deals so magnificently with deception and unreality you can't be sure that this is in fact the truth. I won't spoil this but it's done deftly and with an almost fairy tale styling (looking behind the curtain at Oz the Great perhaps?)
This issue deals with the constructed reality of Carpenter Cove and we don't get to see the actual serial killer who appeared in issue 1. This focus really allowed for extra issue 2 depth and (although I know he's coming back soon) I felt was a richer experience for that.
I genuinely can't speak more highly of this book and urge you to buy it when it's released through Comixology or through www.monkeybrain.com
You can find Ryan at www.ryanklindsay.com or on Twitter @ryanklindsay
Eric can be found at www.ericxyz.com or Twitter @ericxyz
I can be found rambling on here @Ezohyez on Twitter or at www.beardrock.com (come say hi).
NIA.
Posted by Tony Ez Esmond at 23:21 No comments: