In Review - ‘The Devil in Disguise’ issue 1. 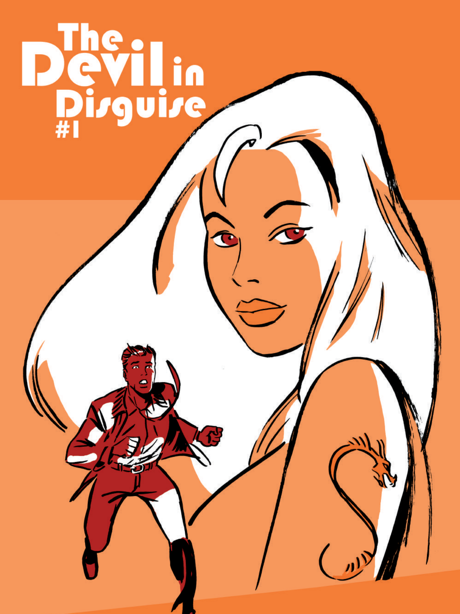 The Devil in Disguise issue 1.

The Story - This opens on a man named Nate snoozing in a tube train carriage. He has a briefcase on his lap and an umbrella at his side. He is woken by the moans of a pregnant woman who is staggering towards him in pain. Nate heads over to help her but as she speaks he briefly sees her eyes transform to something not human. At that moment snakes of dark ectoplasmic blood grab hold of him. Turns out that her name is Nadine and we will see her again any second.

The story then flashes back to a black mass. Full of hooded satanists and a statute of an upside down crucified Christ. They are waiting for ‘our Master’ to return. The head priest lowers his hood and calls Nadine over to the altar (see I told you).

The story then heads off in a couple of different directions both suspected and unexpected....... 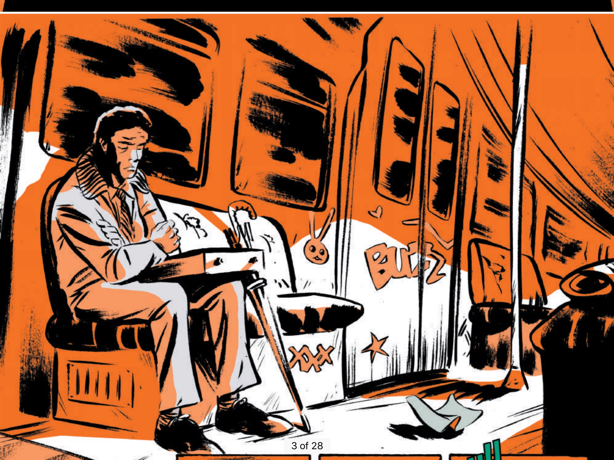 The Review - I’ve reviewed a few books written by Matt Garvey recently and think that he has reached a standard where he can be judged alongside writers who are currently working for mainstream companies. This is a very solid story with what you at first imagine is a familiar style before you suspect may not be. The last few pages pull this particular rug away from you in a way that definitely has you wanting the next issue.

The story is told in a visual language similar to how Darwyn Cooke worked on the Parker graphic novels. Matt and Robert make use of an extra colour over the excellent black and white line work. This gives the book an obviously classic 1950s look that reminds me of movies like Invasion of the Bodysnatchers, Curse of the Demon or X: The Unknown. 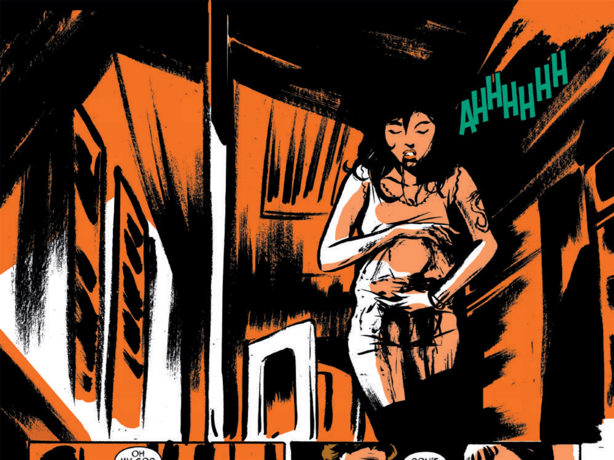 Robert communicates story and urgency really well and has a style that is thoroughly readable. One small niggle would be that the colour of Nadine’s hair between scenes doesn’t feel consistent to me as a reader. It was useful that her name was included as I wouldn’t have recognised the woman on the tube as the same as was on the cover or later at the Black mass. But otherwise he is an artist I will be following closely from now on. Robert manages to tick all the cool boxes that I love, especially in mood and action. 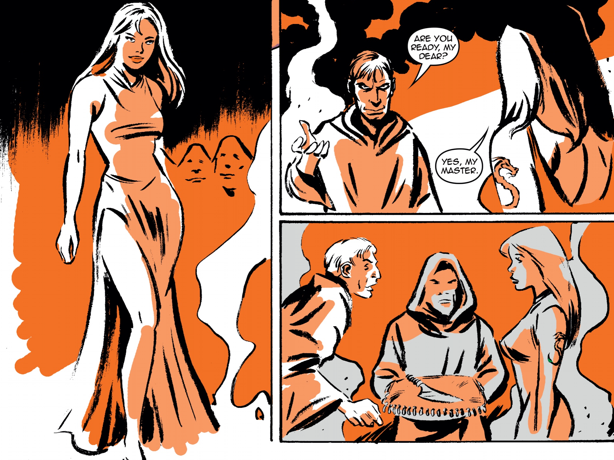 Matt has a great handle on structure and pays attention to what is required to hook a reader in a first issue. This has a great set up, a gruesome and (mostly) explanatory, where required, second act and then gets you guessing at a great cliffhanger. Top stuff.

Find out more about this issue and buy a copy at www.mattgarvey.co.uk or follow Matt on Twitter @MattGarvey1981.