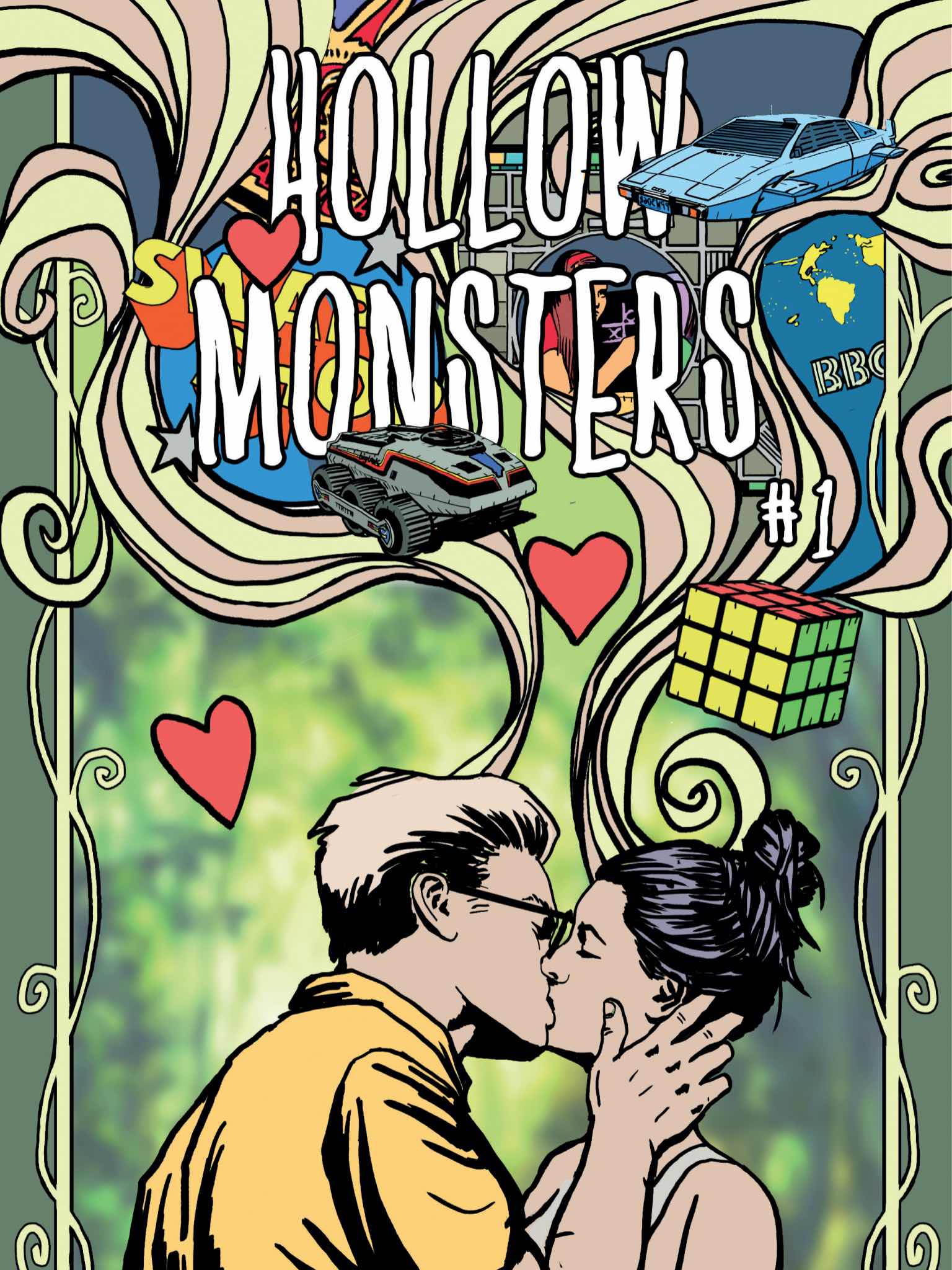 The Story - This story deals with our lives as young people. The events of political and social upheaval that surround us as we mature, the relationships that we form, falling in love, being faced with the realities of life and a strange creature that may or may not have sinister motives....

The Review- I backed this book on Kickstarter and genuinely wasn’t sure what I would be getting. I’m not keen on previews but couldn’t but fail to notice the images of pages and the cover that were essential to the mood and narrative of this book. 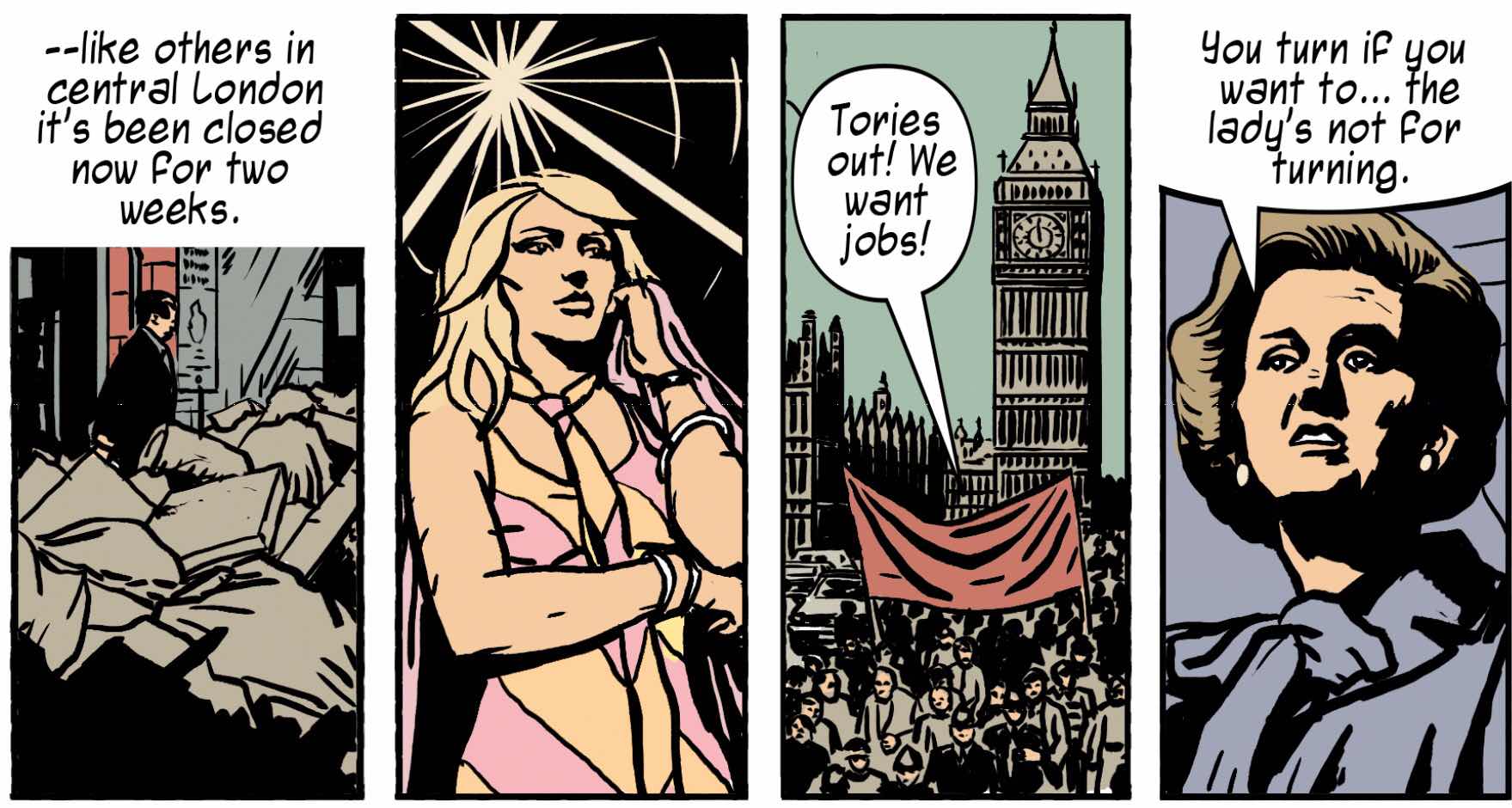 I don’t think that any review of this book can be complete without the description of it’s very iconic cover. It has a touch of the modern, maybe the Banksy iconography of the couple kissing and that they are also surrounded by the whirling winds of their lives that contain little motifs of pop culture. A car that features is strikingly like James Bond’s underwater Lotus or a Rubik’s Cube mid completion. A representation of the historical events we see inside the comic.

Monty has taken a very careful and distinctive stylistic approach to this book. The interiors feature multiple panel grids that in turn in each carefully selected frame feature the stories of the day. They show the news events of those days. War and strikes and glitzy stars of music and television. These pages act as a packed prologue before we get a title that tells us;

The period is established as the UK in the early 1980s and the narrative then focuses on the young boy growing up and finding out about the harsh realities of life. The family suffer a particularly horrid burglary and life all around is described through the growth to manhood of this young boy.

I felt at this point that I was reading something that was purely pseudo autobiographical. But Monty then throws a spanner in the works. He adds a little of the sinister, the magical, the disturbing, the fox in the story’s hen house. What will happen... 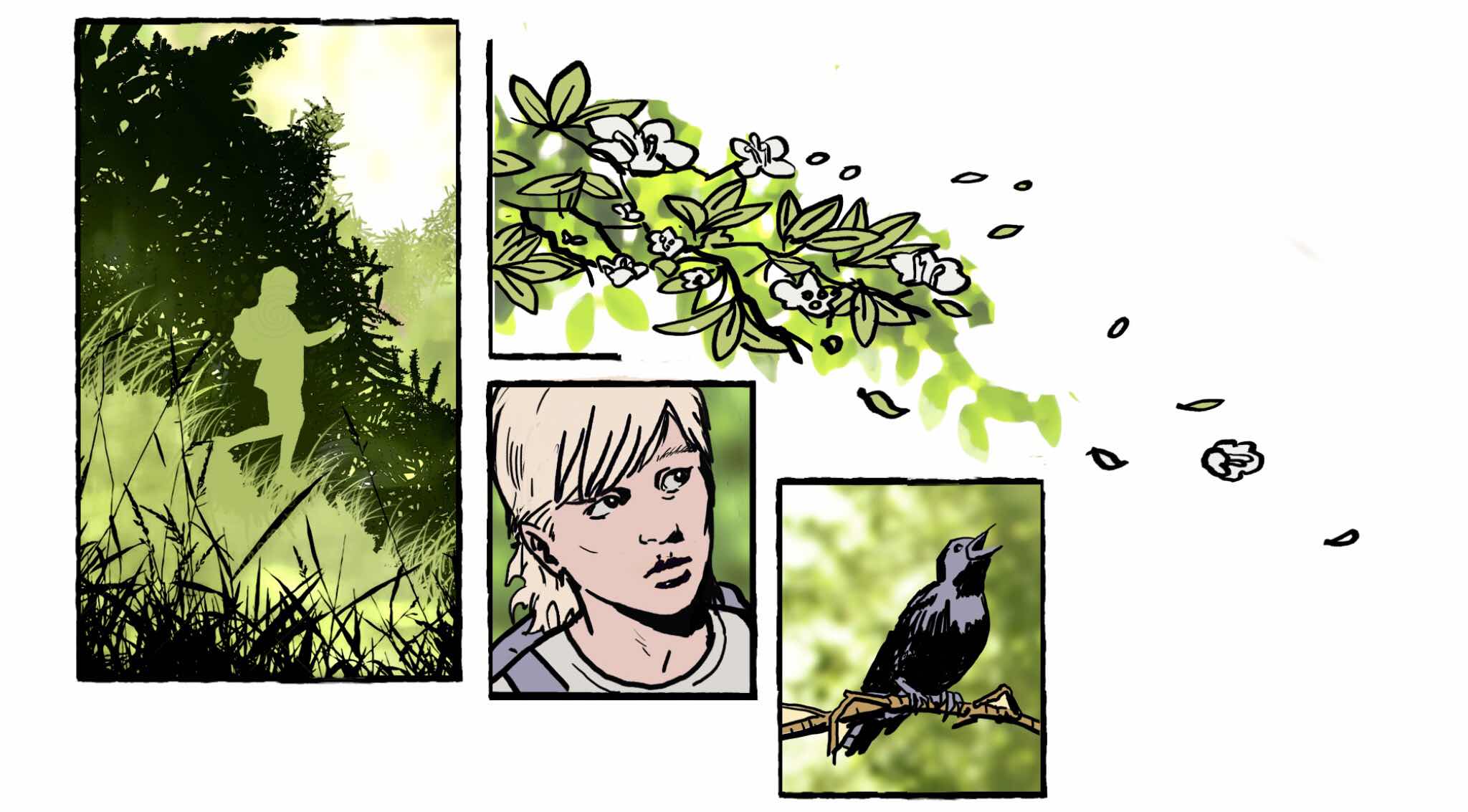 I won’t spoil too much because I think this is a comic that is well worth a look. Monty ran a very successful Kickstarter campaign and this book is just getting sent out now.

The art style has a certain photo realistic feel but seems stripped down to what is required for the panel. It jumps about a little in layouts but I can see that this is intentional to create that flavour of a suburban horror with an added documentary style. It’s not what you’ll find on the regular comic shelves and I am looking forward to seeing how it develops.

If you missed out on the campaign feel free to have a look at www.montynero.wordpress.com for more information. You can also find and follow him in the woods or on Twitter @montynero

The Kickstarter for issue 2 launches on the 20th of April.