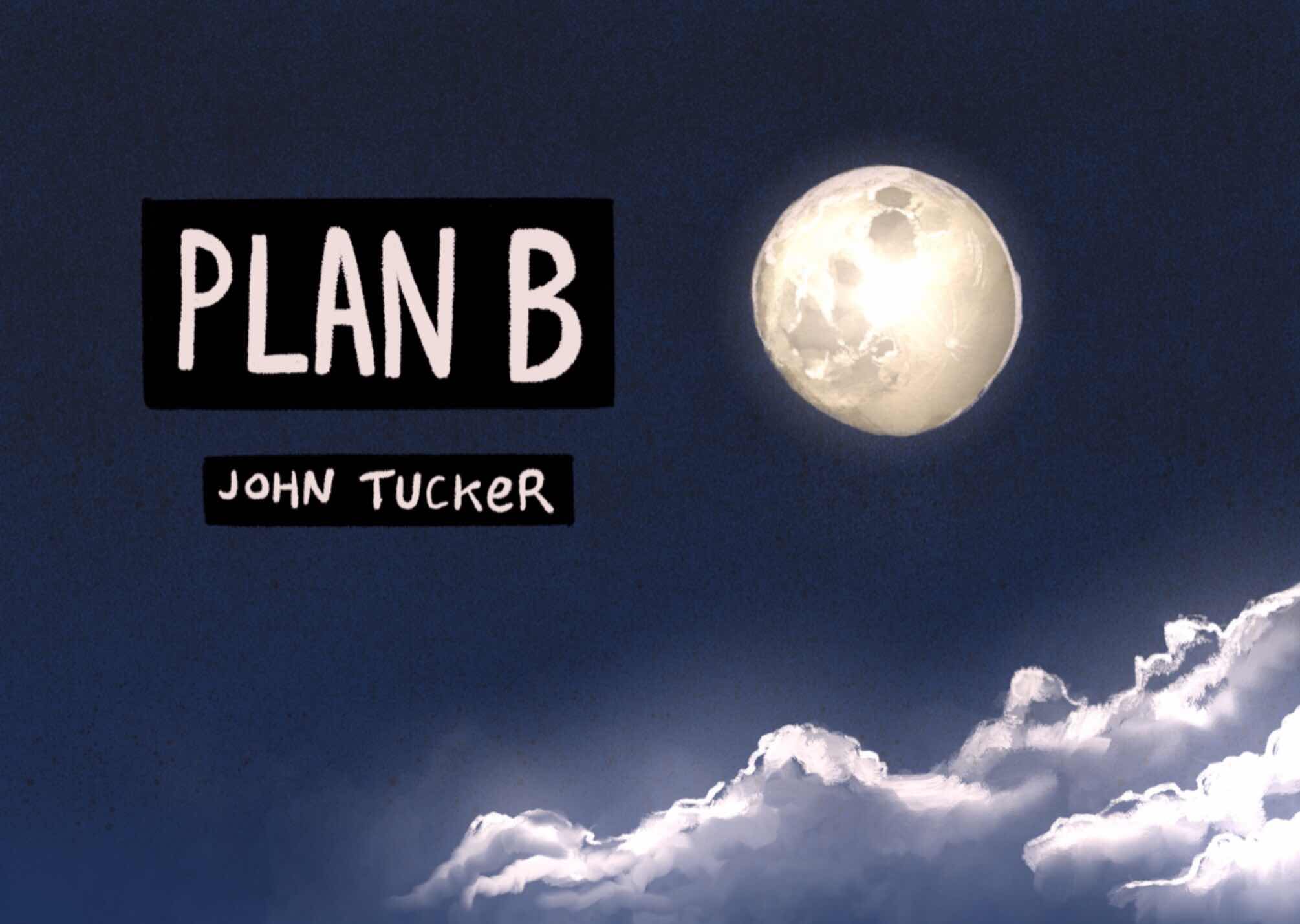 This is a tale of two (nearly) connected stories. They are told in the format of those old ‘flip book’ sci-fi novels where you have to turn the book over and work your way back to the centre.

The digital version opens on ‘PLAN B’. This is of course hilariously unsurprising by a man who once made up a whole comic about the history of gang culture in Swansea or even that one comic where he told the story of a lighthouse keeper so annoyed by a local man dumping bags of pubic hair into the sea he commits an assassination.

‘PLAN B’ follows on with this strange and twisted storytelling and individual humour and is just as the title suggests.

Two sons try to follow their father’s wish to have his ashes scattered on the moon.

The loyal brothers receive no answer from their emails to NASA and the local council offices are far too inquisitive. So they go with what they can. 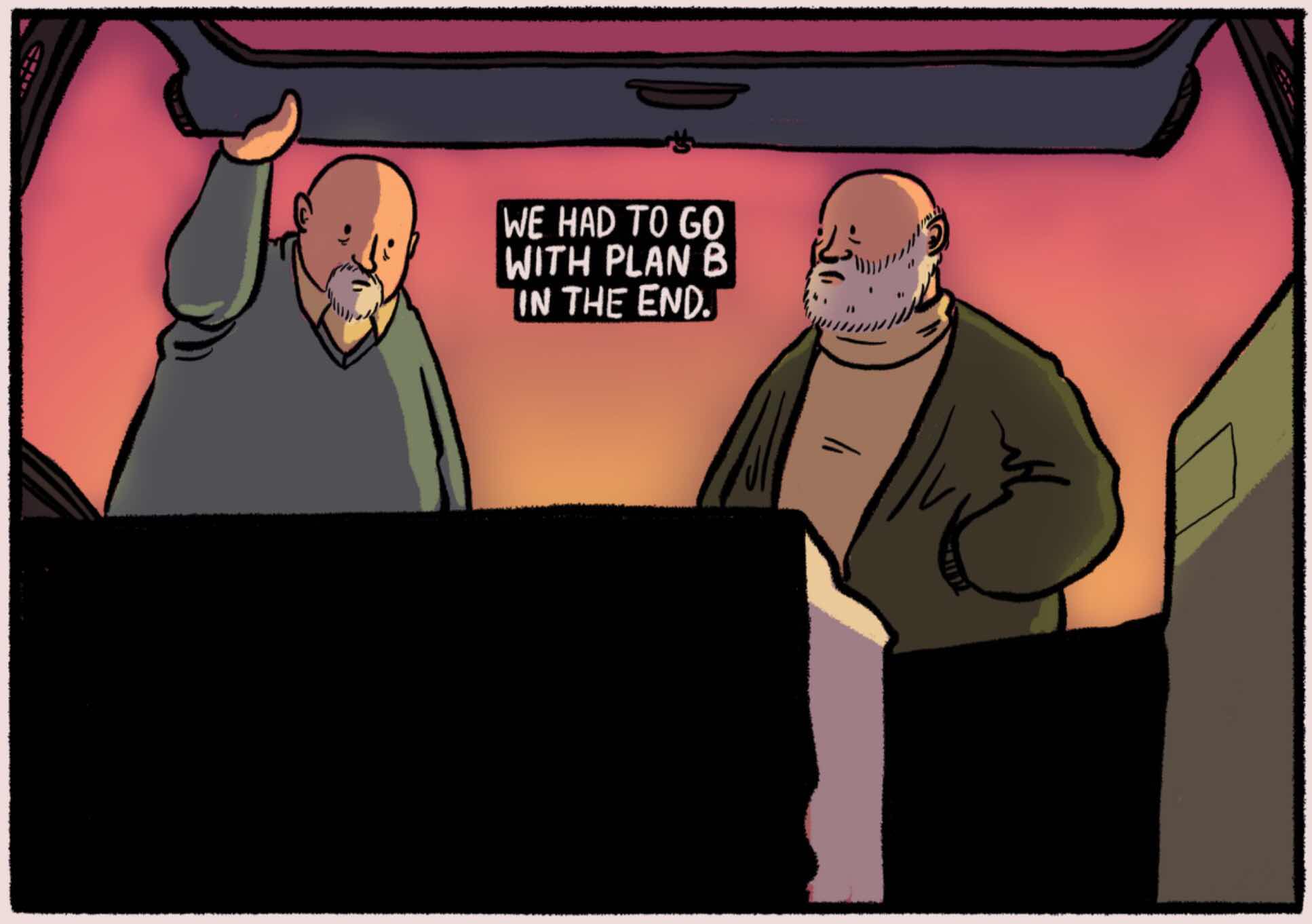 I refuse to spoil. But what follows is fun, funny, touching and satisfying for both the reader and the players. There’s a perfection to the ending that I’ll leave you to have a ponder over. 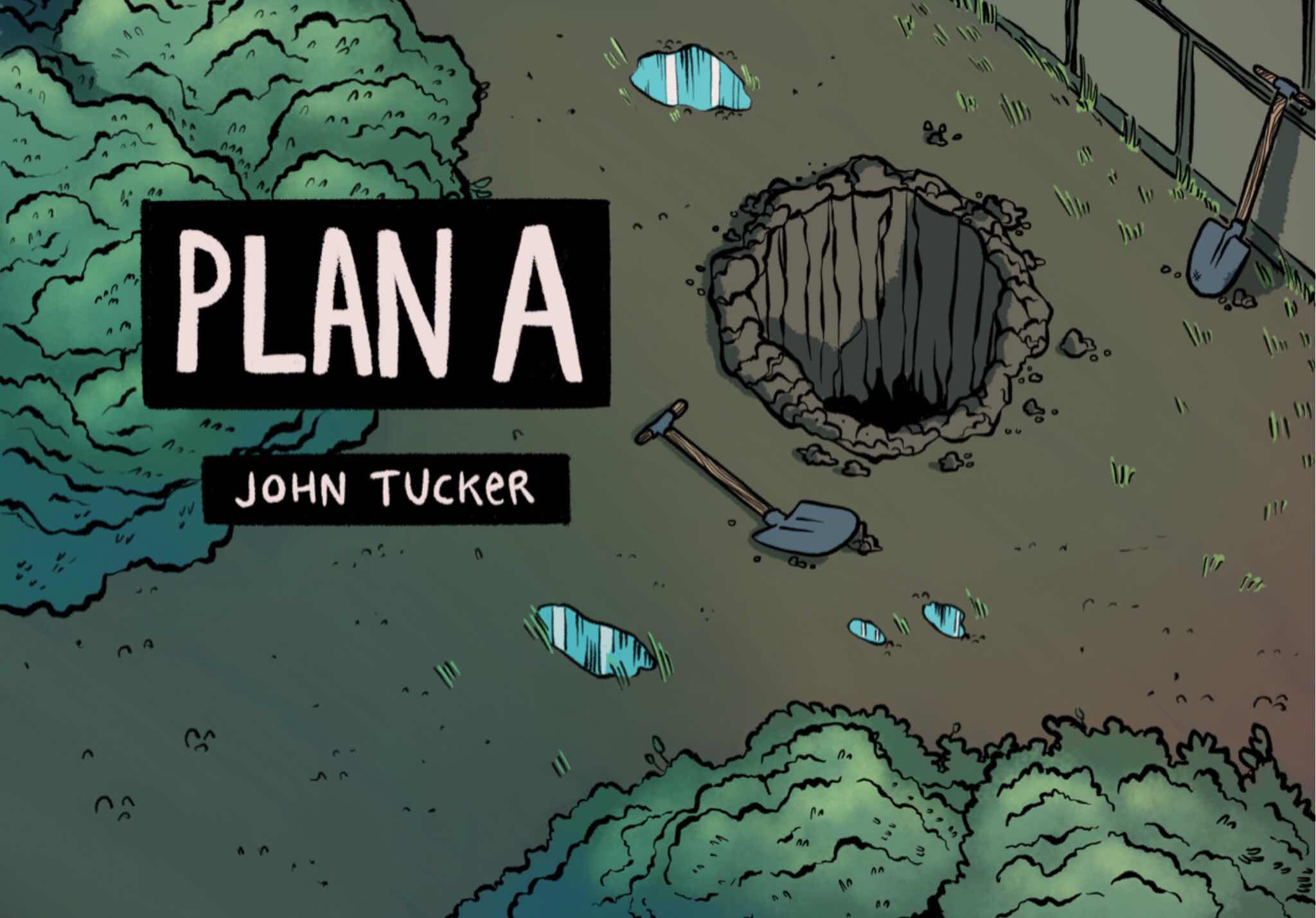 ‘PLAN A’ tells the. story of three men attempting to escape a local prison. they are intent on their dangerous plan working so that they can recover a ruby that has been stolen from them by ‘One-Eyed Owain’. To complicate matters the ruby has been hidden in the eye socket of an Egyptian Mummy in The Haunted House of The Abandoned Fairground. 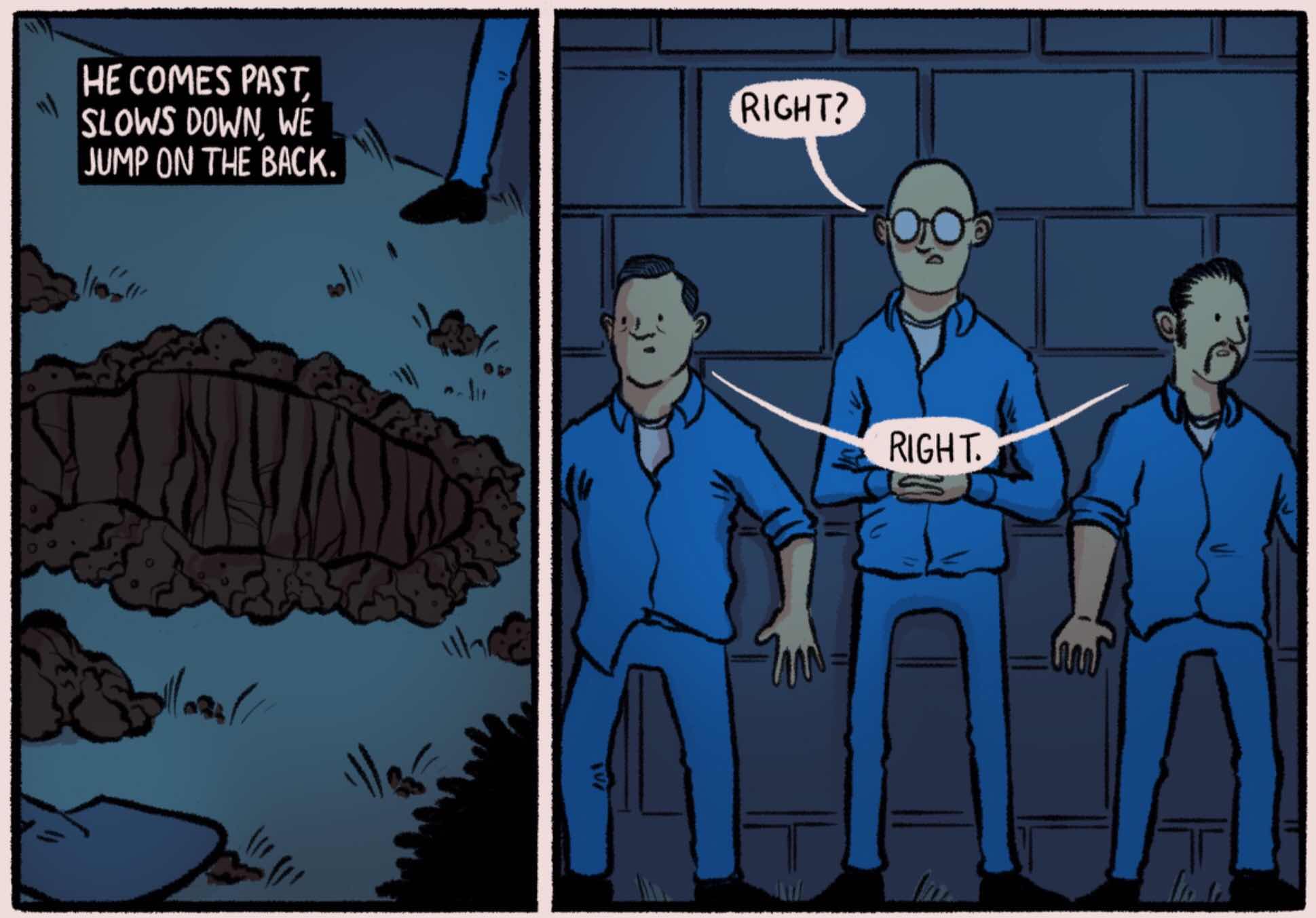 Things again don’t go as you’d expect (or even to ‘PLAN’) and the two stories in this book combine in an unexpected theme. The two stories are not similar but have a centre moment that will make you smile. I cannot say more than that.

There’s a something about Mr Tucker’s idiosyncratic humour that speaks for me. It is always so out of the ordinary that it drives you along with a combination of chuckles and fascination. I find myself invested in the analysis of where this will end and never guessing before the actual end. It has a strangely practical sense of logic to it’s narrative. It makes sense to the reader although often it really shouldn’t. It’s that sense of personality that you only really get in the indie and self published. John makes great comics because that’s what he wants to do and isn’t driven by any trends or editors looking to make a buck. Long may it continue.

The art is bold and accomplished and cartoony. It fits with nobody else out there and has a level of quirk that you will warm to immediately.

I look forward to everything John puts out.

This will be getting a release at the True Believers Comics Festival on the 2nd of February. Details for attending this great comics event are here http://oktruebelievers.com/