Take a look at these awesome covers of issues 1,2 and 3. 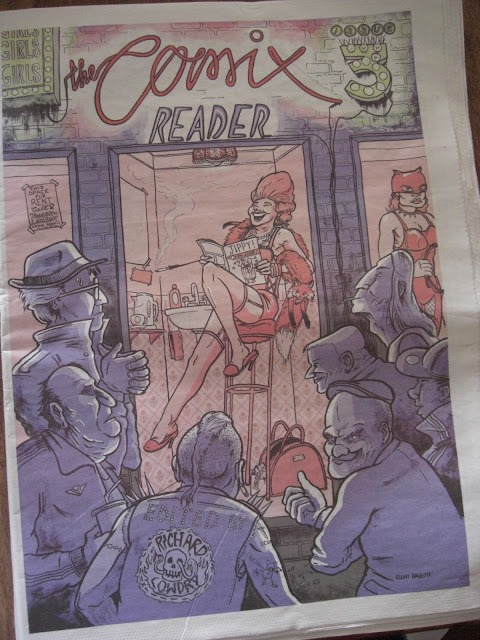 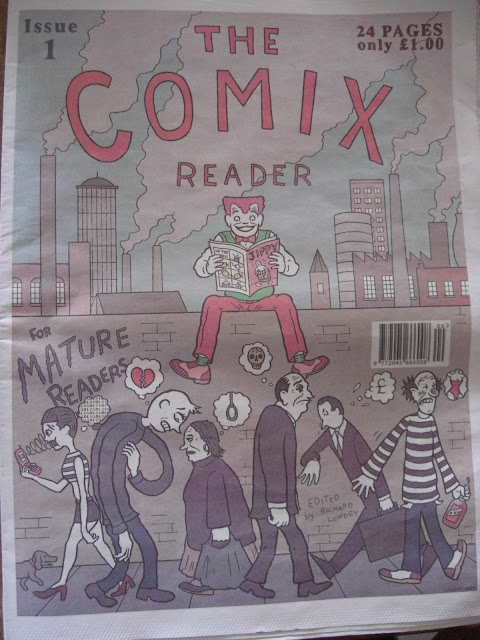 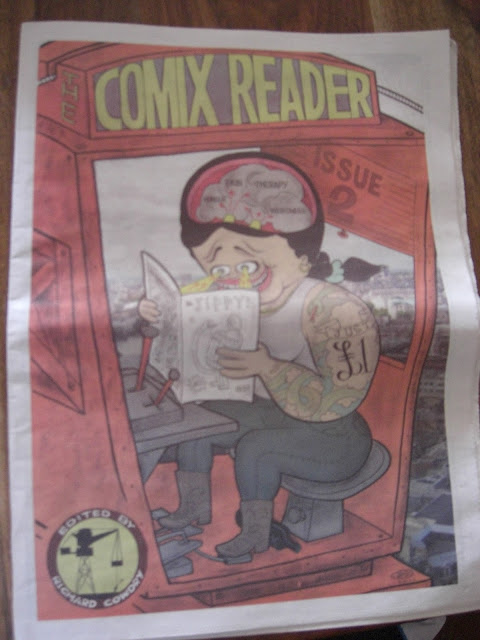 Due to a timely recommendation from the owner of my local comic shop (shout out to Derek and Luke at www.chaoscitycomics.com) I picked up the first three issues of The Comix Reader for the princely sum of £3.00.  (Actually £2.70 with my pull list discount).

Edited by Richard Cowdry these are well worth a look.  Issue number 3 has just been released and you can have a read about and a gander at those involved over at www.thecomixreader.com

They are newspaper sized and have a similar paper stock to 'Wednesday Comics' from DC Comics from a couple of years ago.  The cover art on the first three issues has a real 1960s vibe (as was clearly intented after reading the editorial in issue 1). Almost as if they have been produced at the same time as Robert Crumb and Co were creating their comics. (With a little bit of Deadline or Escape thrown in for good luck). They have a slightly washed out colour feel to the covers as if they have been left out on a doorstep in the Sun.  I am not complaining at all about this as to me this adds to their charm.

Each of the first three issues are packed with talent.  As with all anthologies there are a few poorer strips but most of the work is solid to excellent.  Personal favourites include 'Tree Top Singers; an Ode To Man' or 'Birdsong Translated'  by Gareth Brookes.  Gareth is always very funny and is a very talented guy. These comments had me laughing out loud. 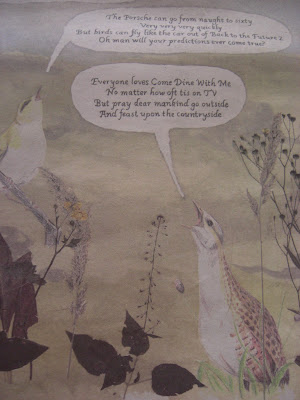 For more of Gareth's work have a look at www.appallingnonsense.co.uk  His 'Man Man and Friends' mini comics are excellent.

Another highpoint of all three issues and hopefully the upcoming issues are the strips by Steve Tillotson.  I have been a fan of Steve's stuff since bumping in to him at various small press events and being lucky enough to work with him in a minor role on his previous anthology comic Banal Pig Portrait Anthology (http://www.banalpig.com/blog/?page_id=194).

Always funny, never pandering and a cool read, Steve's stuff can be found at the aforementioned www.Banalpig.com or he can be found at numerous events or on Facebook.  His poster for the Leeds Alternative Comics Fair is one of my personal favourites and can be seen over at  http://leedsalternativecomics.wordpress.com/ 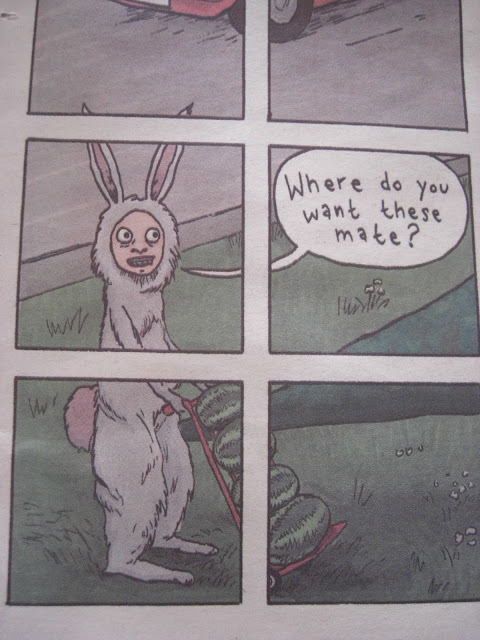 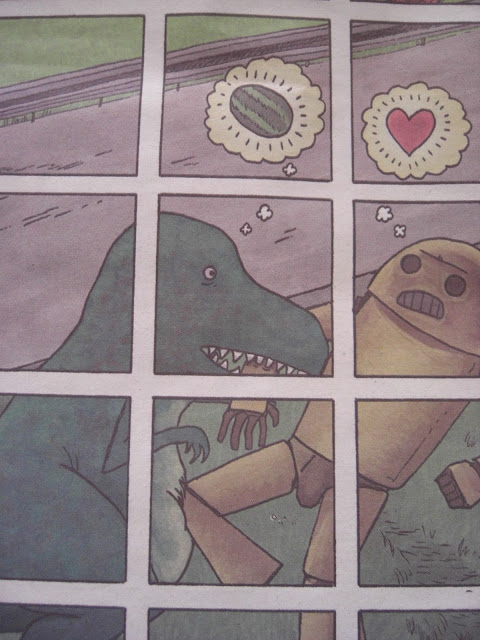 Other noteworthy pieces include Elliot Baggott's cover to issue 3 (see above) and his strip in the same issue entitled 'Johannes Guttenberg - Inventor of Printed Movable Type'.

Being Homeless Ain't Swell by Scott Jason Smith has a bit of a Daniel Clowes feel to it.  Find him at www.scottjasonsmith.com

I really liked Minor Head Injuries by Alex Potts and it has a touch of Jeffrey Smith crossed with The Beano.  Very nice art with some cool soul searching word panels. (Although not sure I believed he was reading a Hunter S Thompson book?? - fits the story though I suppose).  Find Alex over at  www.lostshoe.co.uk

There are too many enjoyable strips to name check in this short piece.

I think that most UK comics fans (or just plain art fans) will agree that we have needed something like this for a while. UK Small Press has had a bad name for too many years now because of the stifling heritage of Bristol and similar incestuous events.

A kind of Underground Comics Cool bleeds through the pages of The Comix Reader and it has a great energy to the overall production.   Their release party for the most recent issue was held at Gosh Comics in central London and I can see that this work well suits the trendy Soho Comics Shop.  Great supporters of small press over the years I urge you to pop in there and pick up some other work by these guys.  They are at a relatively new venue so pop in and don't be afraid of all the seedy shops nearby www.goshlondon.com

Luckily my LCS stocked this title and if your's isn't (dear fanboy) start banging on the counter and asking why not.