Excuse the break in regular programming for a little piece about a day out I’m currently enjoying.

Free Comic Book Day (FCBD) started early as I am an excitable freak. The sun was out and shining. I jumped out at Kings Cross and walked the mile of so through the West End of Summer fuelled London.  I passed by the Forbidden Planet at about 8.45am and there were already people in line! I grabbed a coffee for half an hour or so then lined up myself outside of Orbital. (Whilst there I finished the review of ‘The Aphid’, if you look back a post you’ll find it). 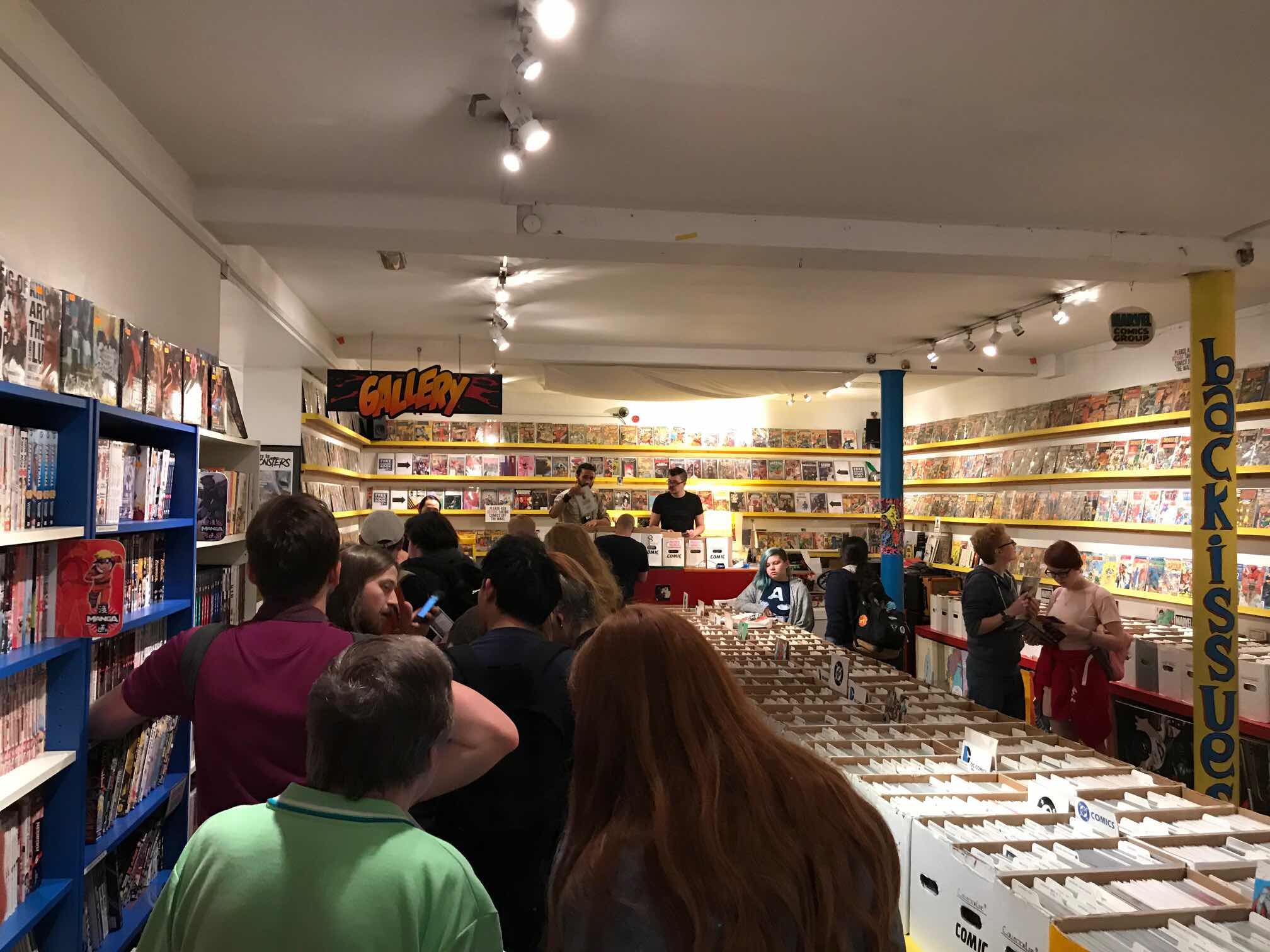 (Inside the mighty Orbital!)

I’m always aware that the comics shops have to pay for these issues and am therefore careful not to pick up comics that I won’t read. Orbital limits you to five each and hands out a handy list to people waiting so that they know what to ask for when they arrive. Orbital really have this sorted. I decided to keep it simple and collected both the Marvel comics FCBD issues, 2000 AD, Valiant and Dark Horse. 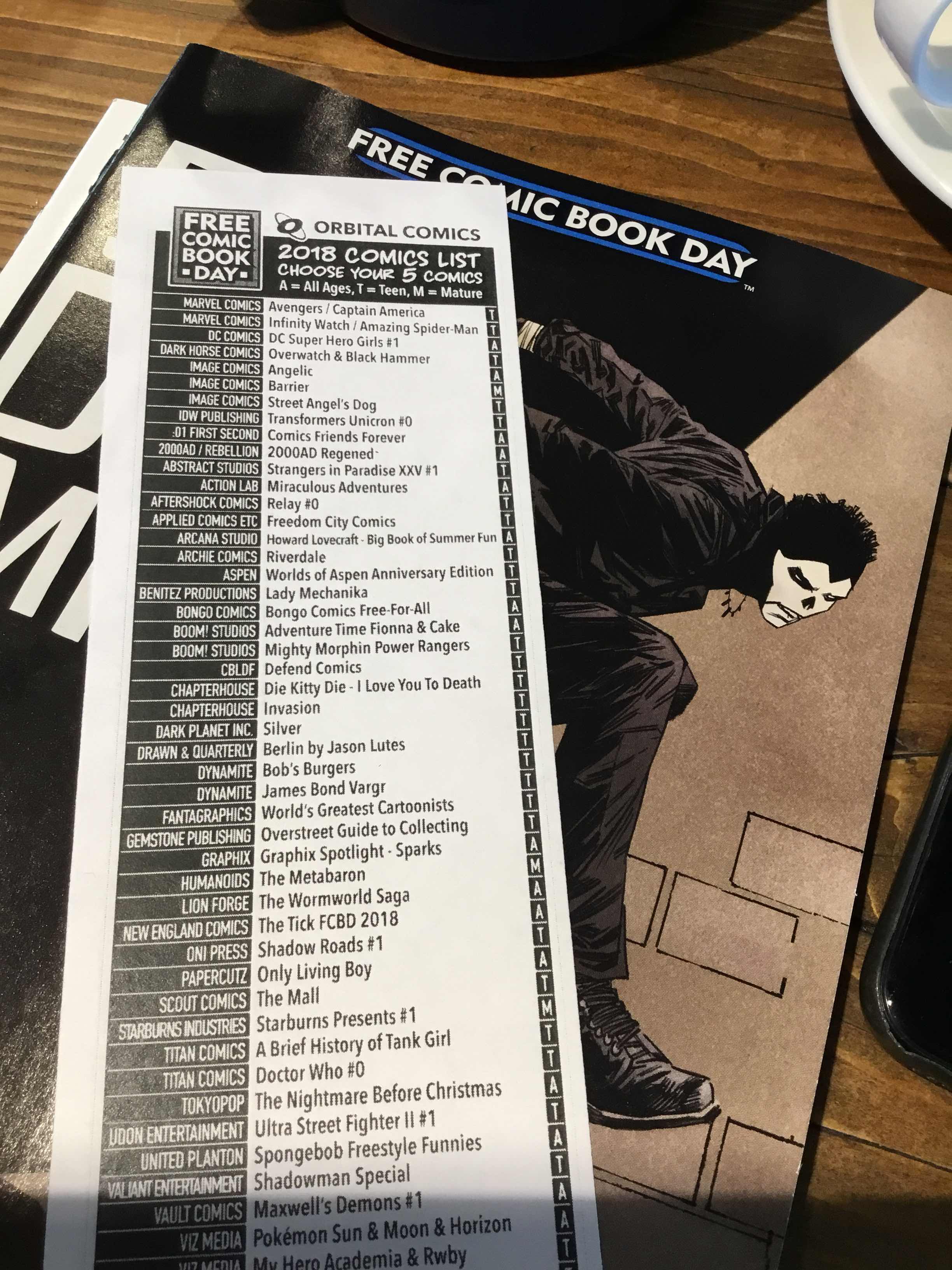 In actual fact I should have put a bit more time and effort into researching the offerings this year as the 2000 AD was in fact called ‘2000 AD Regened’ and aimed at younger readers. I suppose in a way it’s a good idea to tag in the new and younger readers but if there isn’t a follow through with a new all ages series (is there?) it seems a bit of a waste of time. The cover was a bit half arsed in my humble opinion too. 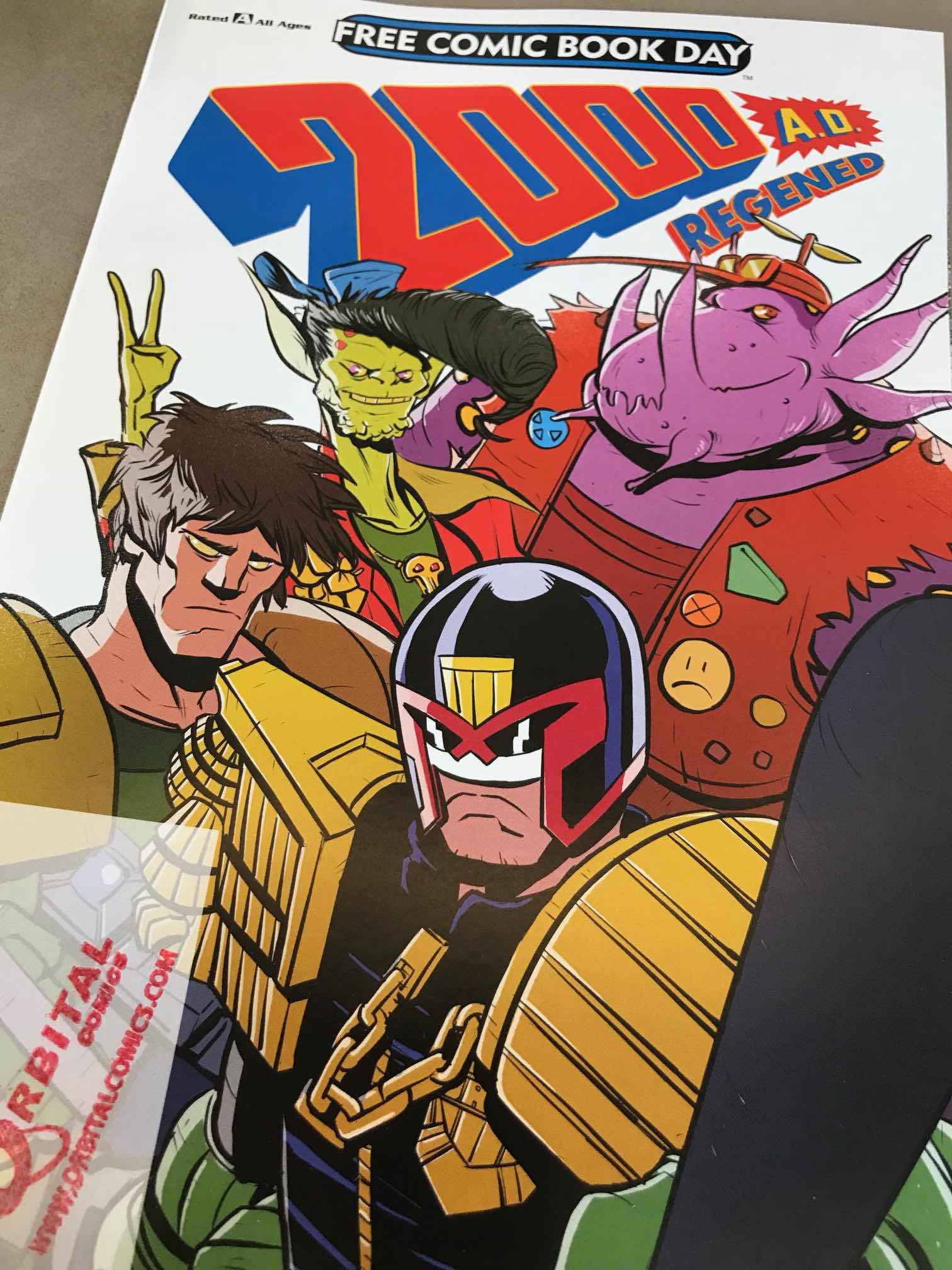 All turned up nuggets though as both the Marvel books (Avengers and Spider-man) as well as the Valiant issue were full of some ace stories.

If you are picking up these or other FCBD offerings then why not do the store and the industry a favour and buy something else to keep them company. 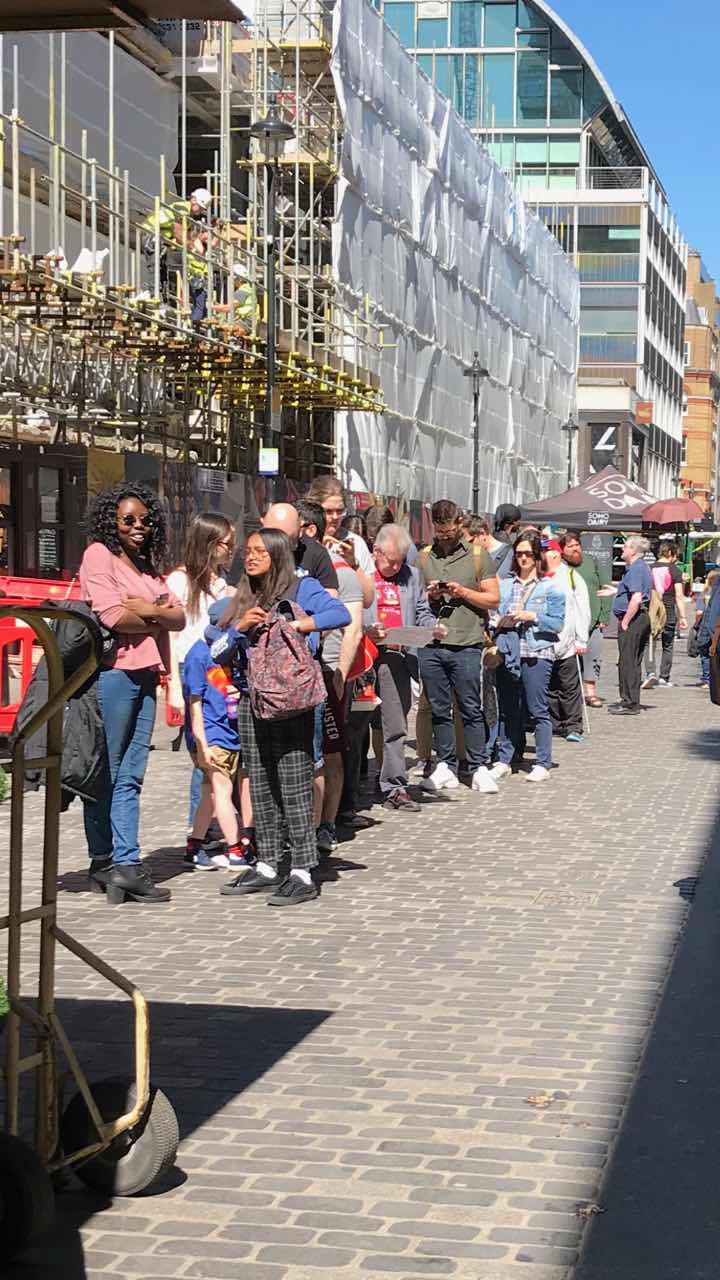 I then headed over to Gosh Comics and caught up with Zoe from Nobrow and her kids workshop that was going great guns! (The queue for FCBD was halfway up the street by this point!) We talked about some future plans that will hopefully (at least partially) get announced later this week. Let’s just say that you might see me behind a Nobrow table at a few venues soon. 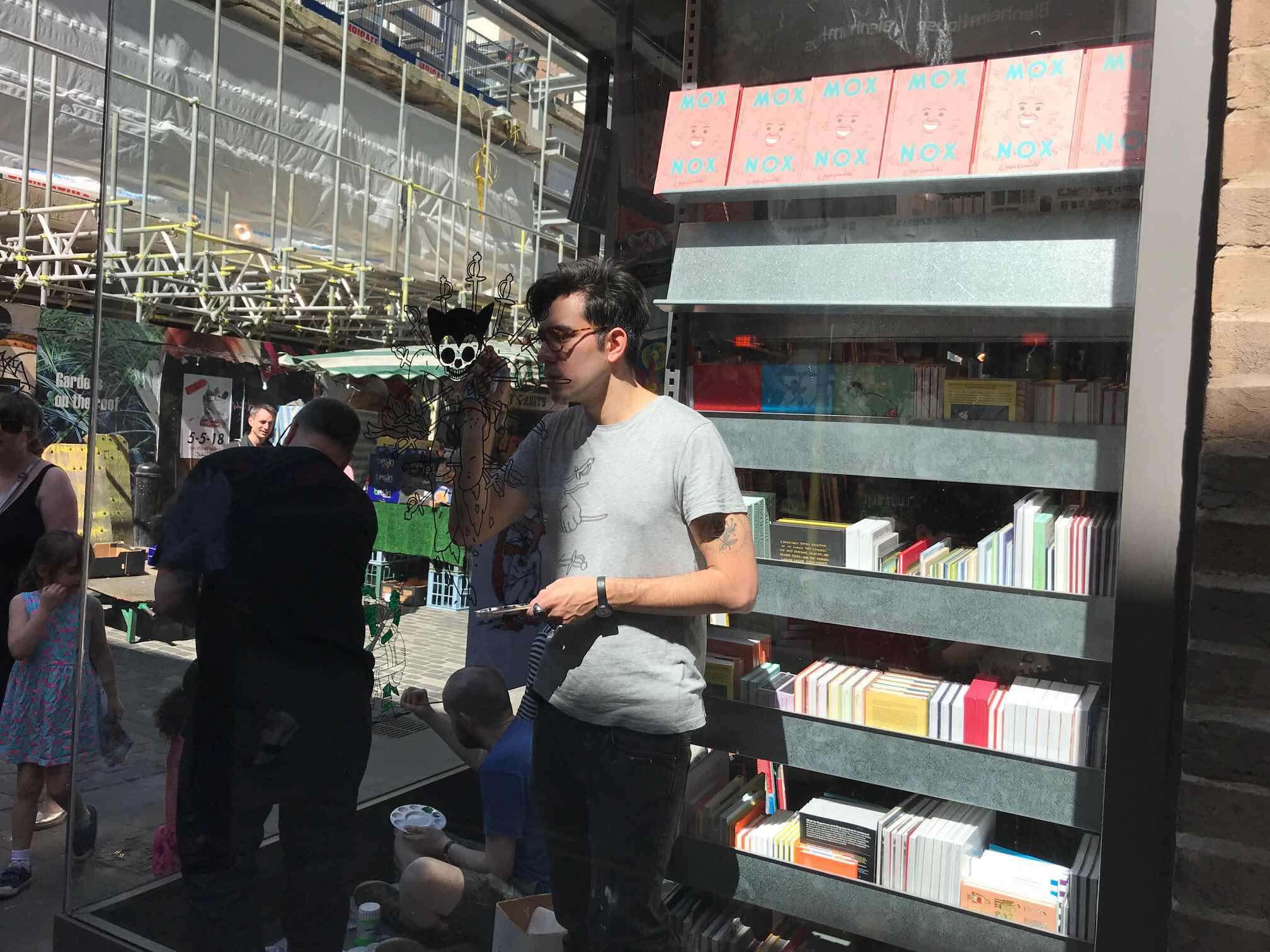 It was also great to see the mighty Crom drawing on the Gosh windows (it’s OK he’d asked permission first!) 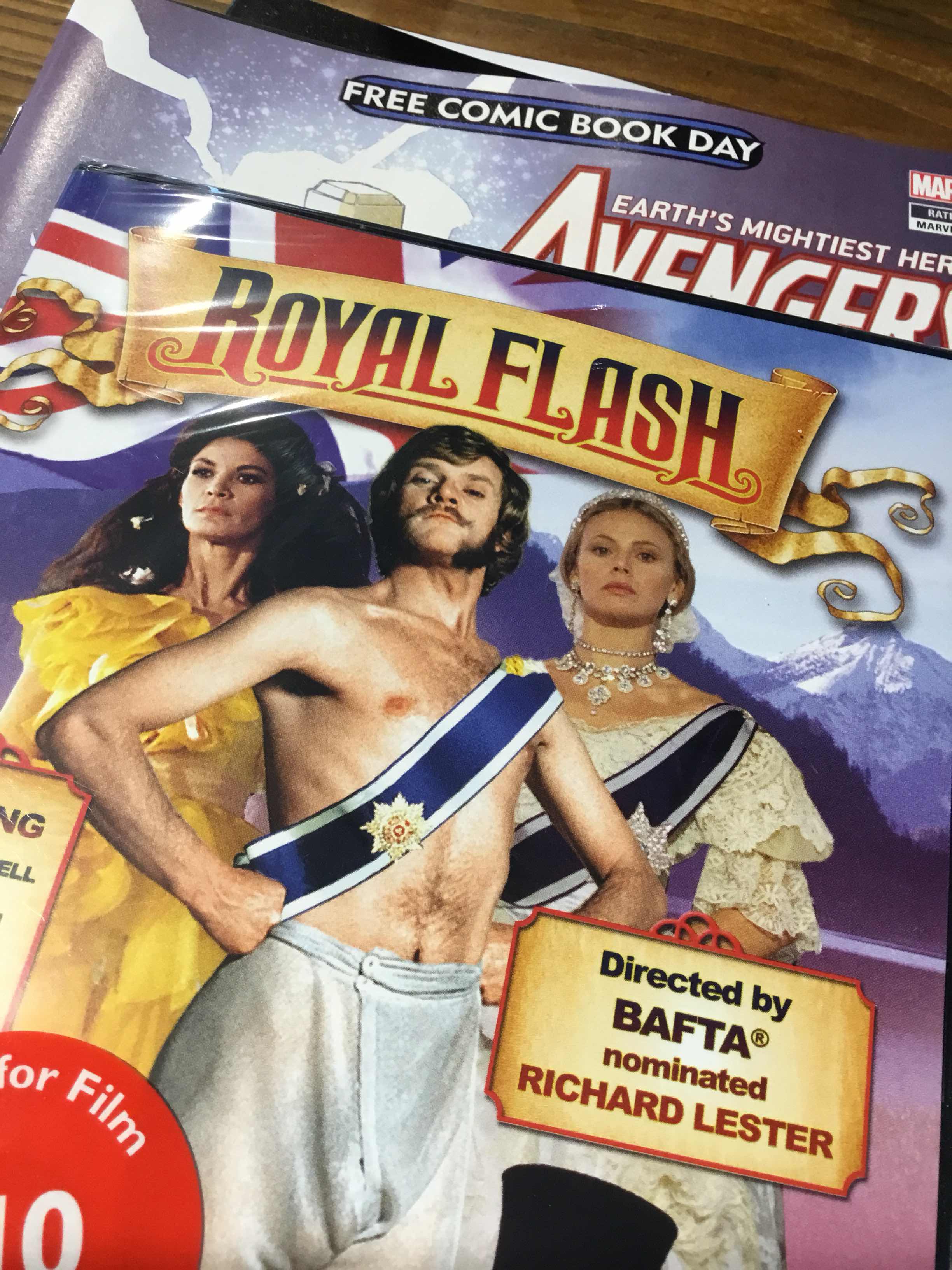 I finished the day in the Foyles cafe with a couple of pals and picked this up on DVD as I haven’t seen it since school and I’ll watch anything with McDowell in!