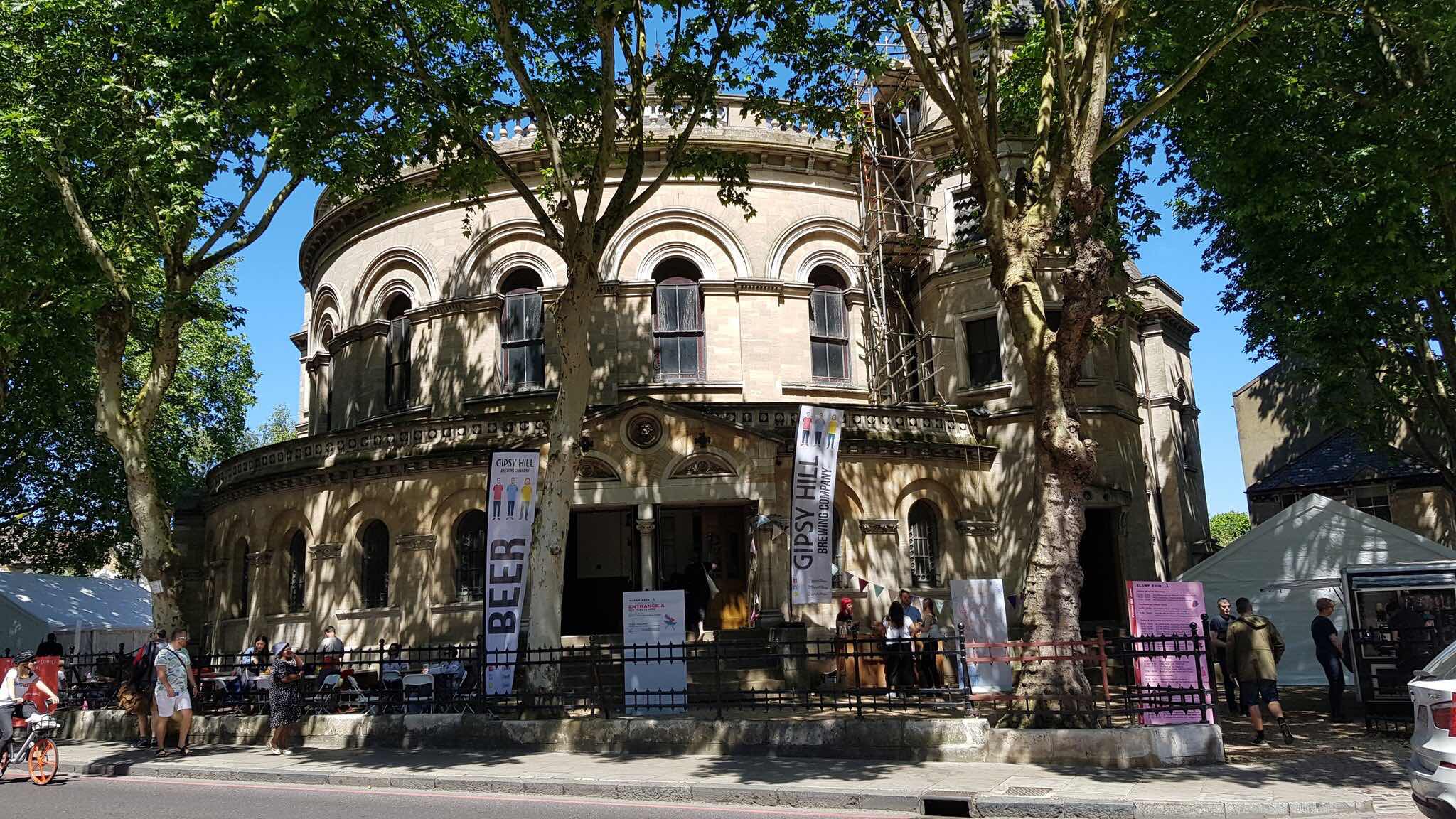 (The Round Chapel, Hackney - complete with booze!)

As I arrived at the door to this year’s East London Comic Art Festival (ELCAF) I was met by one of the event organisers Angela. She looked a picture of serenity whilst in the midst of the final last minute preparations for the yearly event. This is one of the main events in the convention calendar and has been for quite a few years now. Always a busy and bustling event. 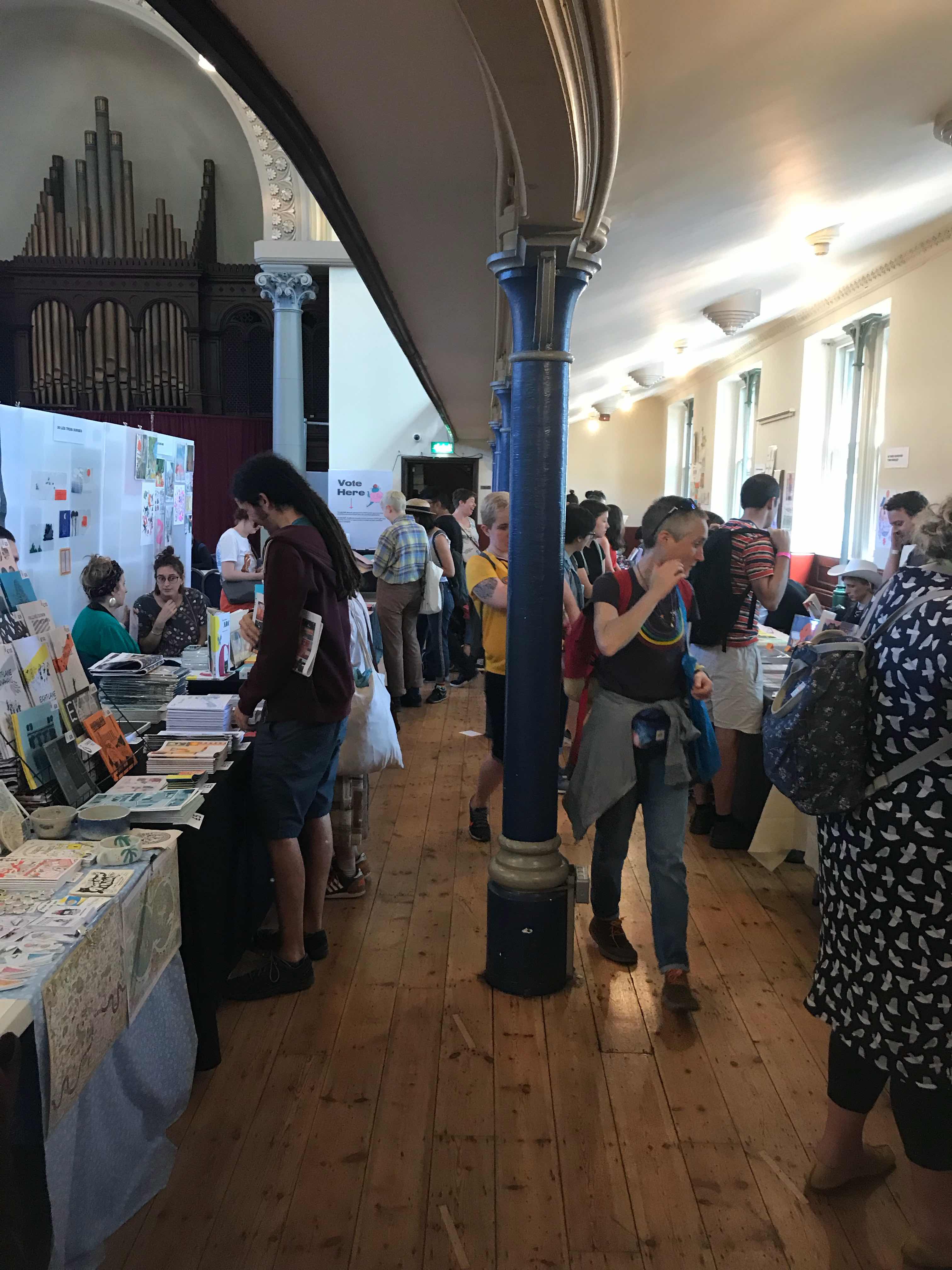 A piece of advice from me would be that it is a good idea to get in early on the Friday as it wasn’t as packed as it would be later on in the day and from experience the rest of the weekend. As I walked in I got to have a chat with Sam and Zoe from Nobrow and we talked about the rising excitement for the new Hilda animated series coming on the 21st of September on Netflix and a few other plans that they have in the works (more news soon). Also on the Nobrow table where some of the rare issues of the Nobrow Magazine including issue 1. These are like gold dust and exchange hands for a pretty penny online. I am sorely tempted by a couple of them....

You can find copies of the brilliant and newly released Nobrow 10: Studio Dreams at https://nobrow.net/ 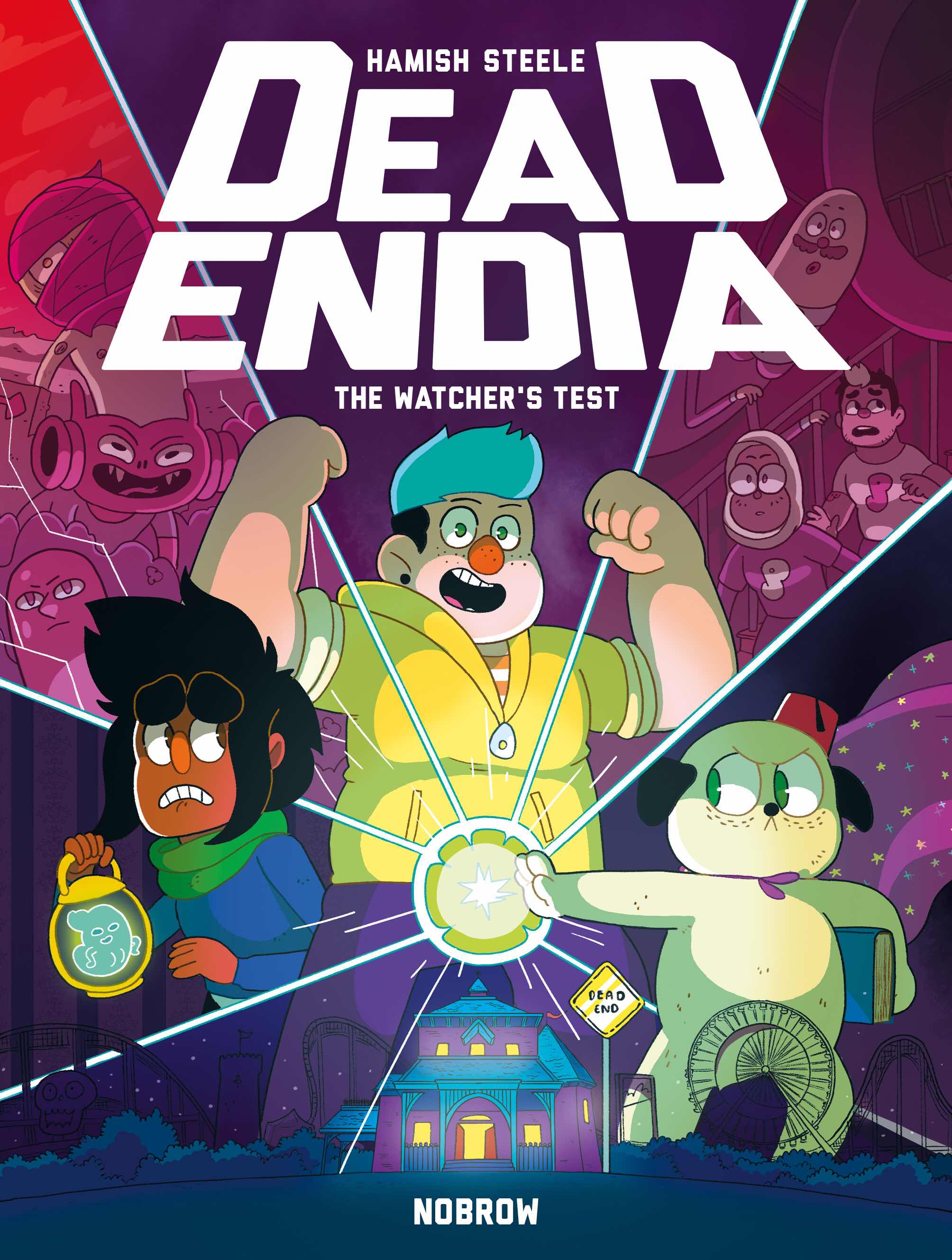 Standing proudly at the Nobrow table are copies of Deadendia from Hamish Steele. Sadly Hamish is still in the states basking in the glow of his recent Eisner nomination but you can grab a copy of this at the Nobrow table. I’ll be at Nottingham Comic Con with Hamish at the Nobrow table in October so pop over and congratulate him. Find out more at http://www.hamishsteele.co.uk/

My first stop was at the table of my old mucker Andy Poyiadgi. I grabbed an interview with him that should hopefully be on an upcoming episode of the Awesome Comics Pod. I also grabbed a copy of his mini comic ‘A Cop of Tea Will Sort You Out’. If you go back a few posts you can see more about Andy. He’s a big thinker and anything by this dude is highly recommended. 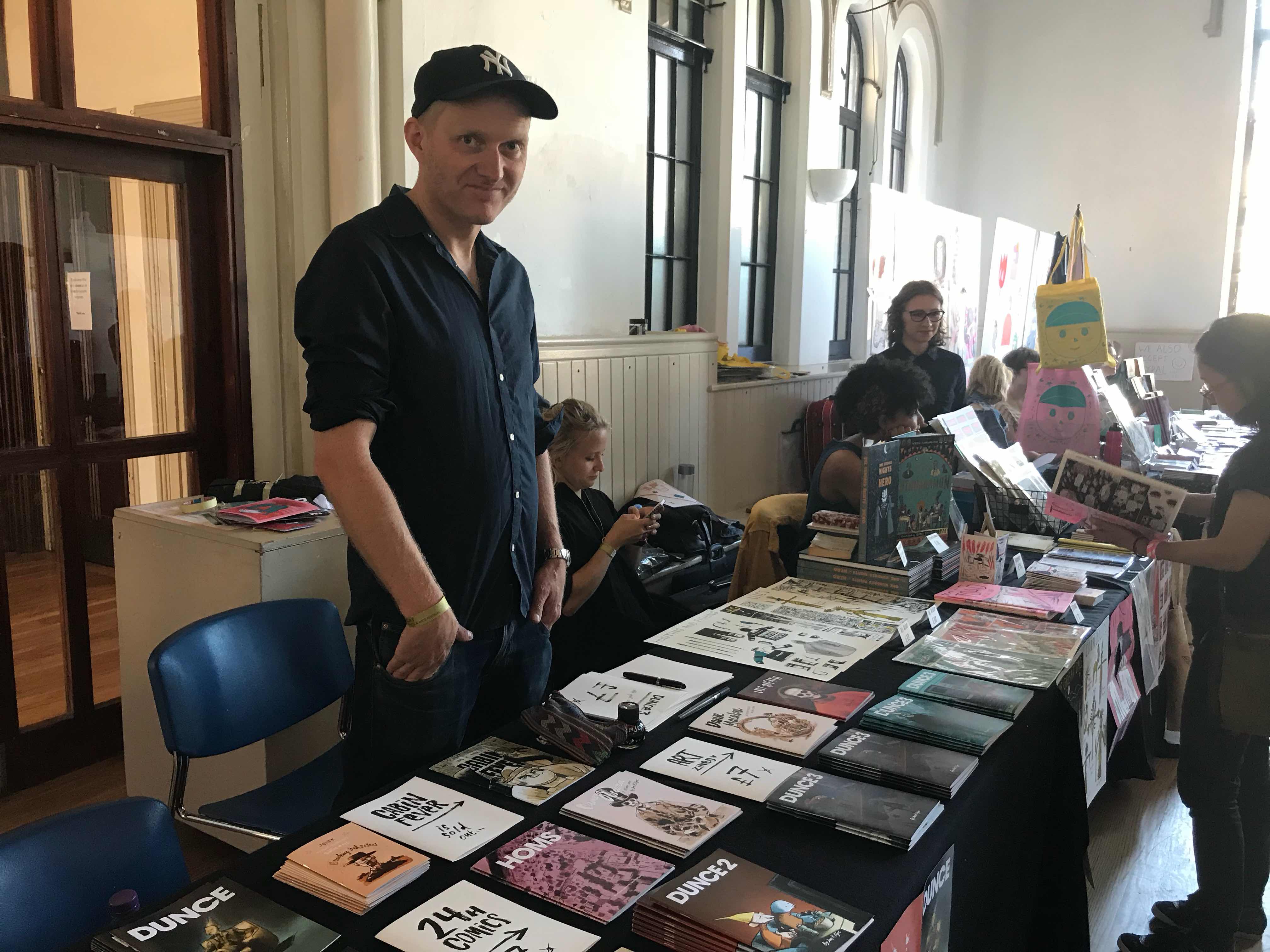 The Friday was a whirl of catching up with people and meeting new creators. It was fantastic to finally meet Jens K Styve. I absolutely loved his series Dunce recently and initially picked up one of the last copies of Cabin Fever from him. The story of a lonely and drunk fisherman spotting something through his binoculars out at sea and what then happens. I disappeared off to the seating area upstairs and read it immediately. This is a book that had been recommended to me by pal Alan Henderson and didn’t let me down. Beautifully and hauntingly told with gorgeously paced cartoony simplistically rendered art. Outstandingly good. 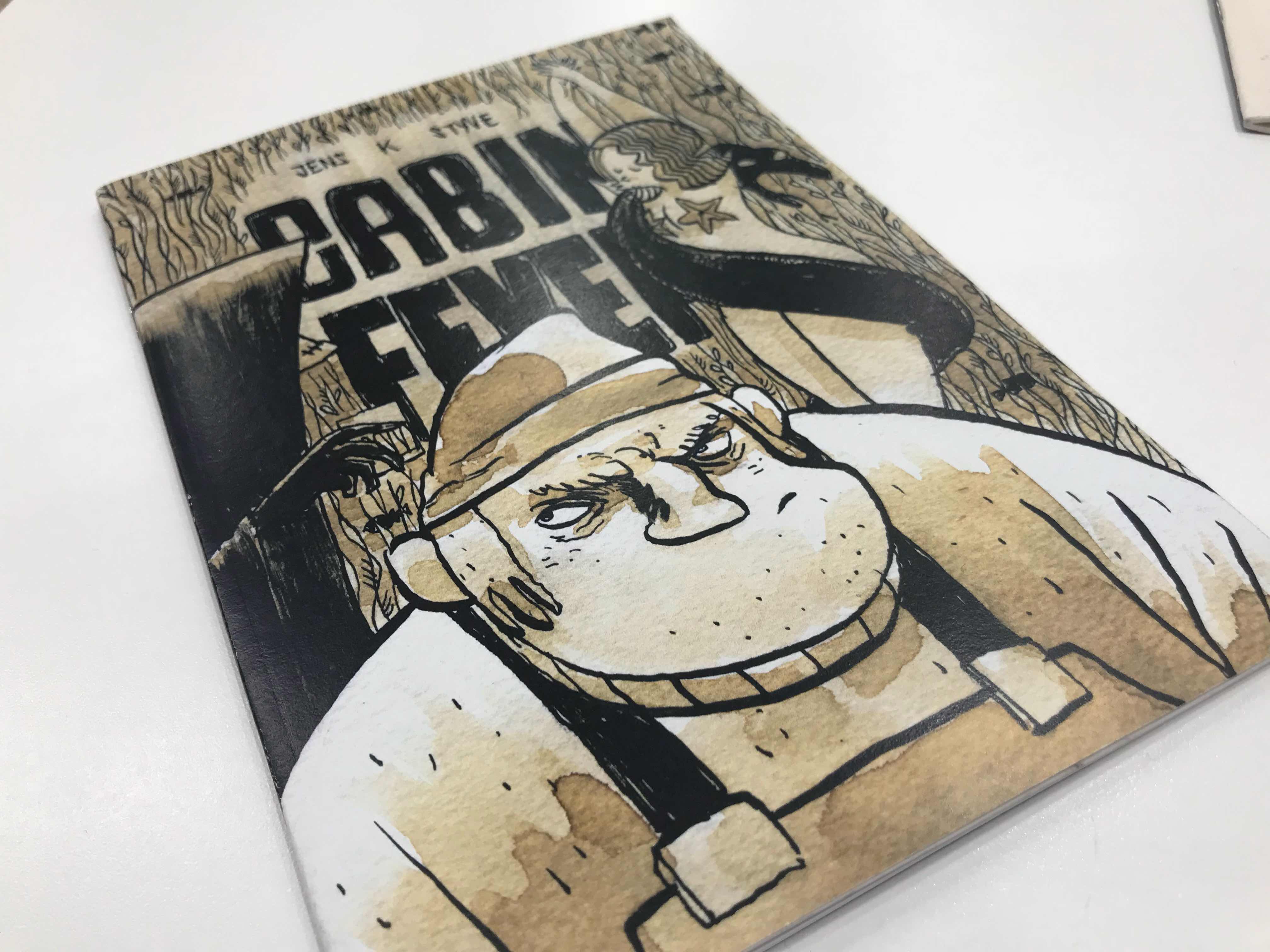 So gorgeous in fact that I headed straight back and bought a couple of sketchbooks from him. You can find out more about these sketchbooks by watching my bragging Twitter feed!

Find out more about this creator at www.jensk.net or buy, buy, buy at www.jensk.no You can also follow his social media antics on Twitter @DunceComic or @jenskstyve

You can buy the issue 1 - 3 bundle of his great series Dunce at www.goodshop.bigcartel.com 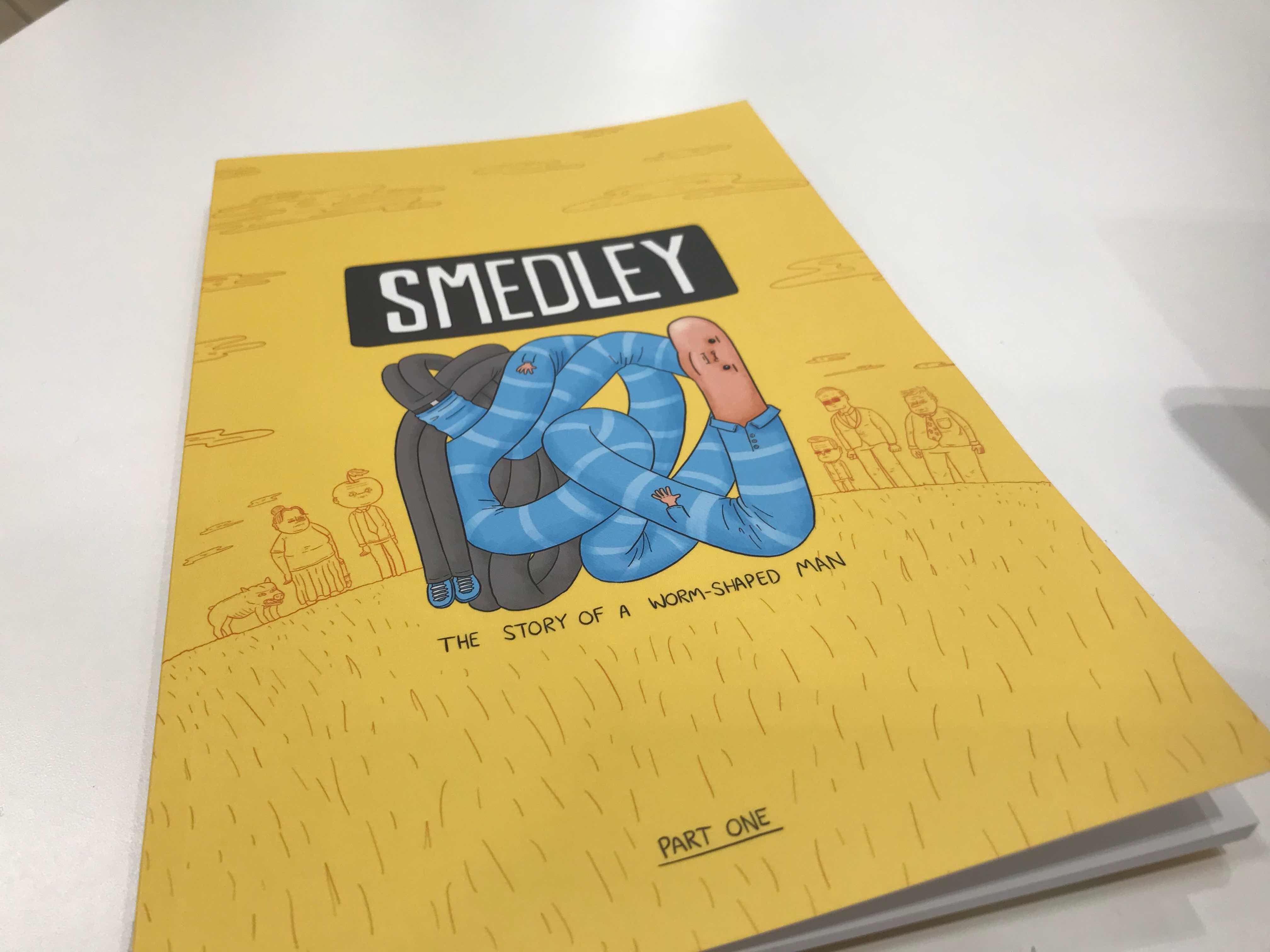 How would a Friday at ELCAF be without a good chat with Todd Oliver. His series Boxes is. A big favourite on the podcast and I was delighted to pick up the first issue of the spin off series ‘Smedley: The Story of a Worm-Shaped Man’. This was another book that I ran off and hid to read immediately. A hilariously twisted story of a man looking for a job who also has tiny arms and a body that bends like a snake.

‘No one steals our cake!’

Buy this flippin’ book! Nobody is doing anything remotely like Todd. It makes me chuckle at every turn. I grabbed another interview with him that should be out soon. 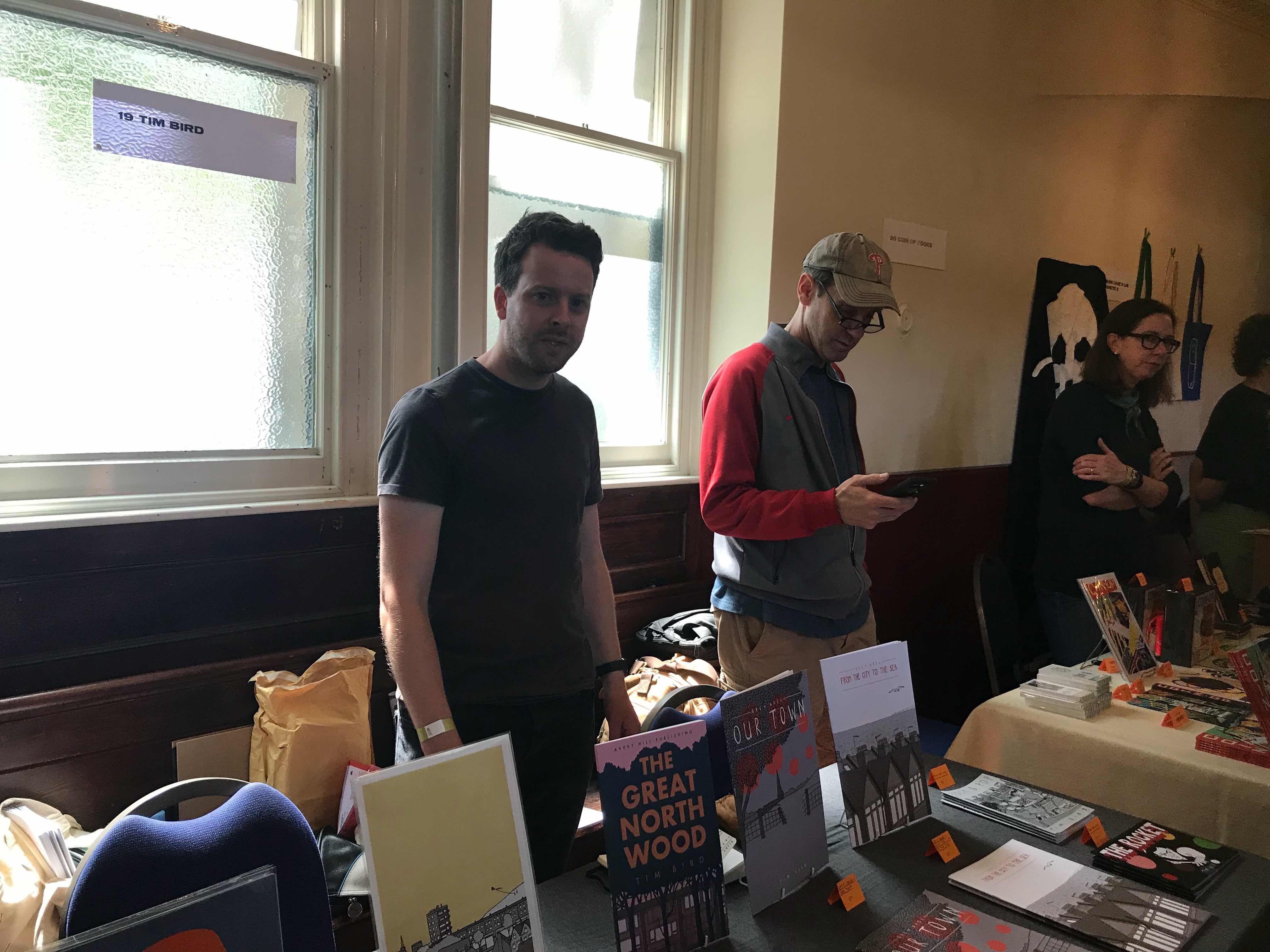 (Tim behind his table all Friday!)

I also got to chat about South London, comics, motorways and The Great North Wood with Tim Bird. Easily one of the most gently satirical book I have read in an age. It’s done with a sense of the now and with a dose of what makes this oft forgotten area on London (stretching from Camberwell down past Crystal Palace) so great and at moments quite magical. If you are picking up just one book at ELCAF this year this is the one I recommend.

You can find it at Tim’s table or at the Avery Hill table on Saturday and Sunday. Or head to their store at https://averyhillpublishing.bigcartel.com/product/the-great-north-wood-by-tim-bird

You can find out more about Tim Bird at www.timothybird.co.uk or on Twitter @T_J_Bird

I am sitting in a local artisan coffee house in the trendy east end of London as I write this. I have a bag heaving with new books to read. 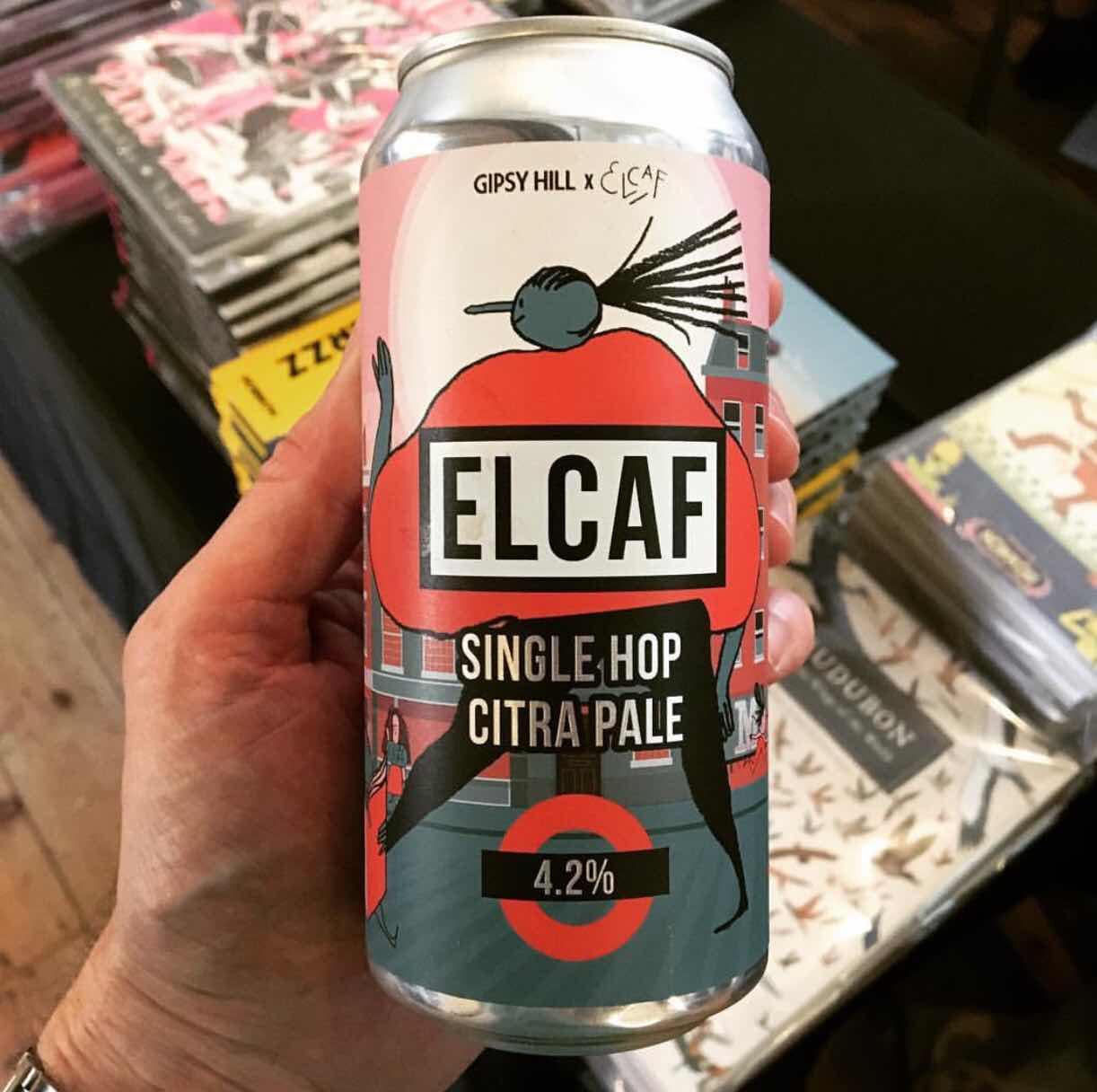 They even made a ruddy beer for this event! (Photo c/o Sam!)

Head up this weekend to this splendid event. Breathe in the the creativity in a really friendly and encouraging environment. Still one of the big yearly comics events I highly recommend that you give it a try. A change from last year was the addition of a the workshop area into the main hall rather than in the smaller hall. This gave a sense of it being more spacious and airy, something that I am sure everyone will be pleased to have over what is likely a very busy weekend. The activity tables were busy all day. 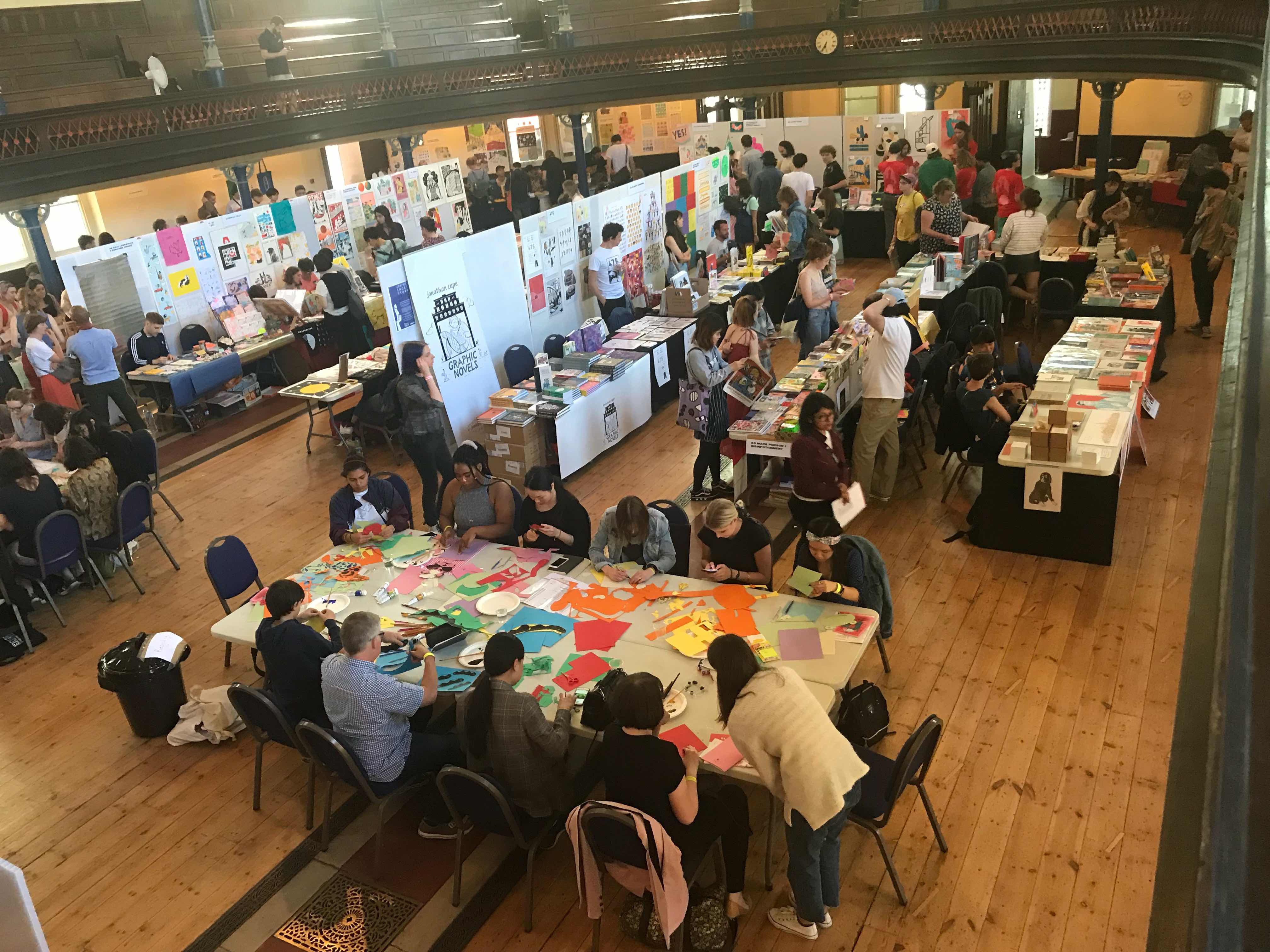 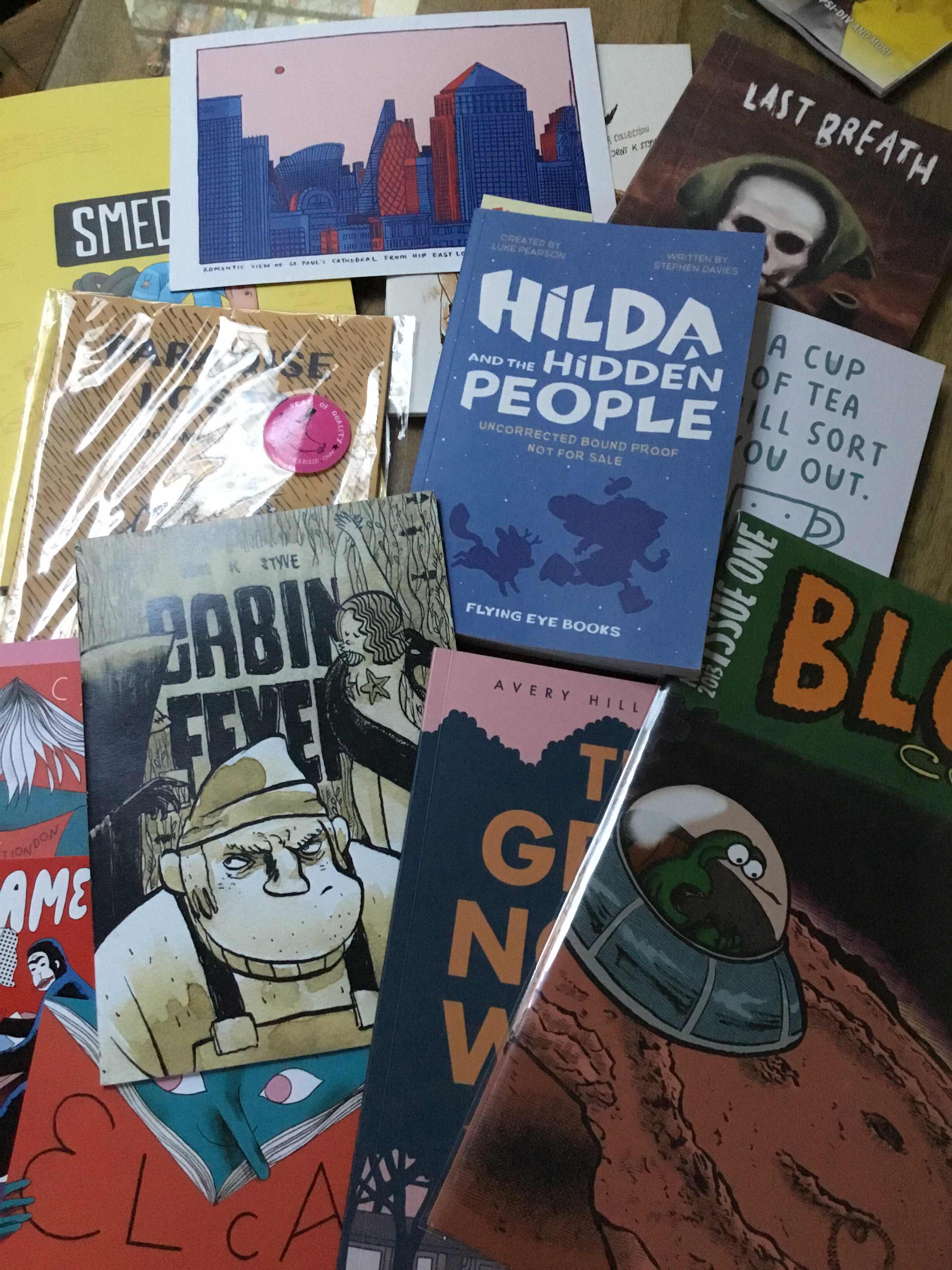 Big credit is due to Nobrow and the organising team. From the punters to the stall holders and even the security guard had a smile on their face all day! 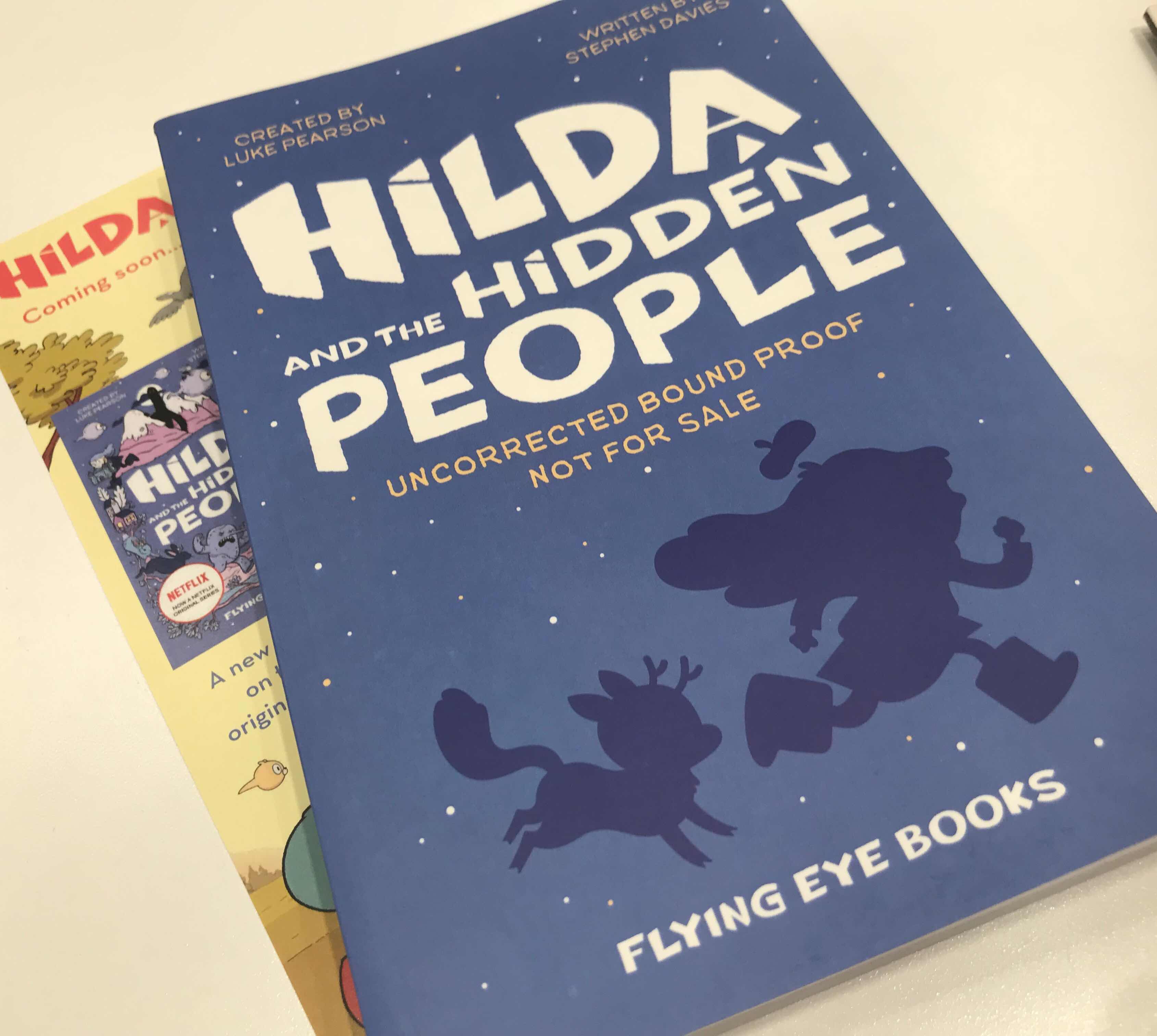