In Review - ‘Luisa: Now & Then’ by Carole Maurel (adapted by Mariko Tamaki). 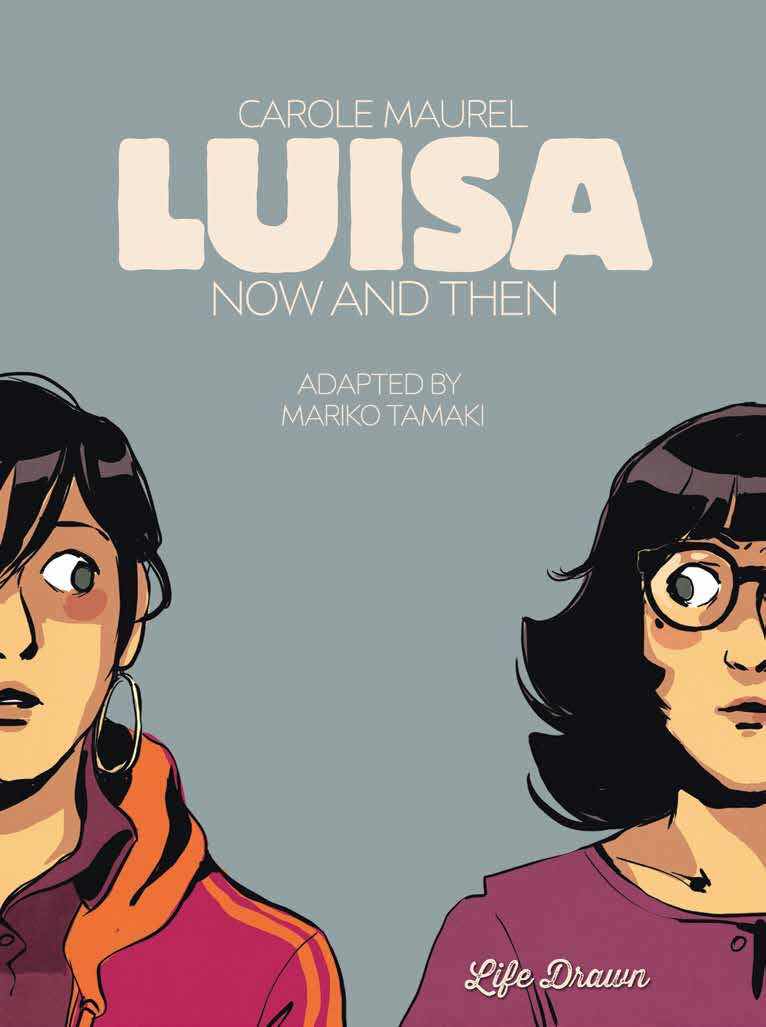 Luisa: Now and Then.

‘At 32, Luisa encounters her 15-year-old self in this sentimental and bold story about self-acceptance and sexuality.

A disillusioned photographer has a chance encounter with her lost teenage self who has miraculously traveled into the future. Together, both women ultimately discover who they really are, finding the courage to live life by being true to themselves. Luisa’s sexuality is revealed to be a defining element of her identity, one which both of her selves must come to terms with. A time-traveling love story that turns coming-of-age conventions upside down, Luisa is a universal queer romance for the modern age.’ 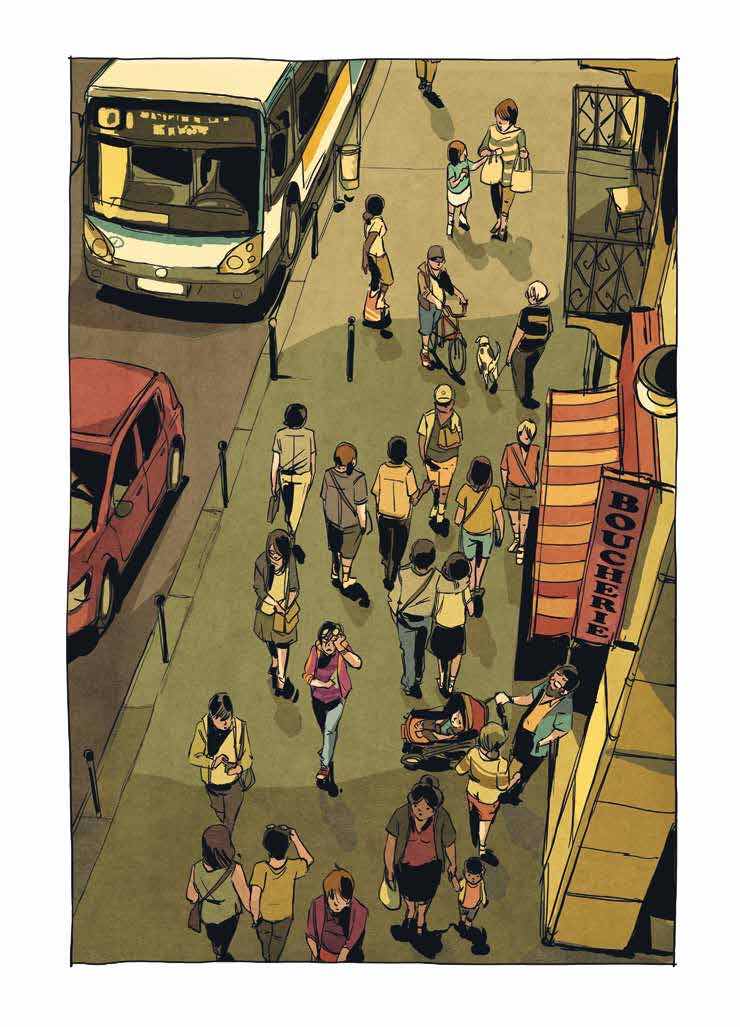 The Review - Who would have thought that a book that is essentially about the awakening, both spiritually and sexually, of a time complicated 15 year old and 30 year old gay woman would mean so much to this normally grumpy forty something heterosexual male. I was kindly sent a review copy by Humanoids and read it on a three hour train journey. You hear stories of people reading a book in one sitting? I hardly even looked up from this 273 page graphic novel.

This is a book that occupies a short moment of emotional change and has a small and perfectly formed cast. It delivers on some of the most genuinely touching, real and funny moments that I have read in a comic for a long, long time. 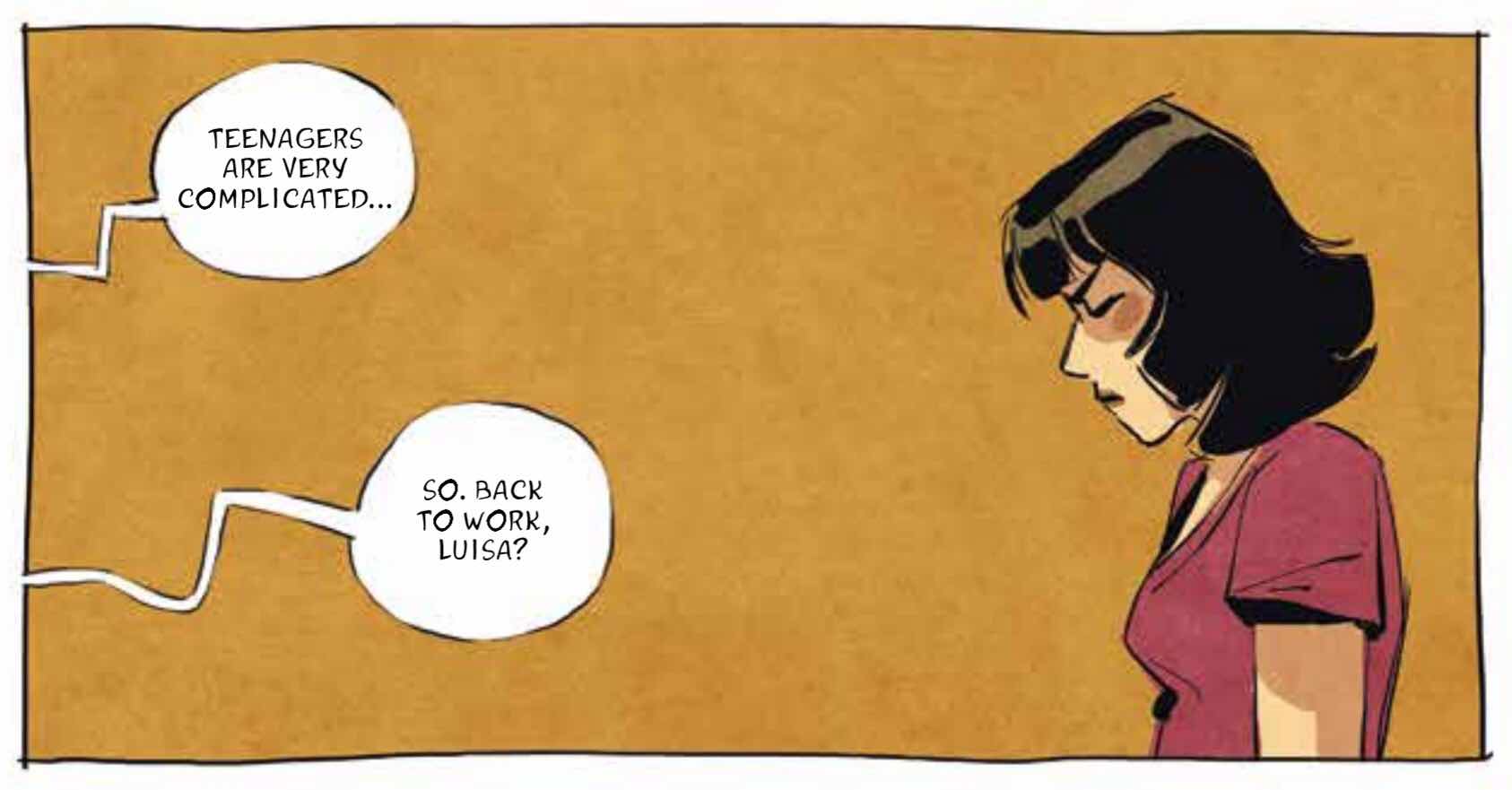 The creator cunningly shows the direction and evolution of a woman’s life by comparing the 15 year old with the 30 year old. Who amongst us wouldn’t be hugely irritated by a real life encounter with our younger self? I know that I was a grade ‘A’ wanker at age fifteen (a fact that has probably hardly changed in my case?). You see that annoyance in the actions, faces and words of both the time travel Luisas. They bicker and wander the streets of Paris and also teach each other so much. Both time travel versions are unhappy with their lot but through the relationship and their friends they discover a little light at the end of the tunnel.

There is also a bit of a mystery going on, something fantastical that Carole Maurel adds into the mix. I won’t spoil this aspect of the book but it adds some cool moments that you might not expect. 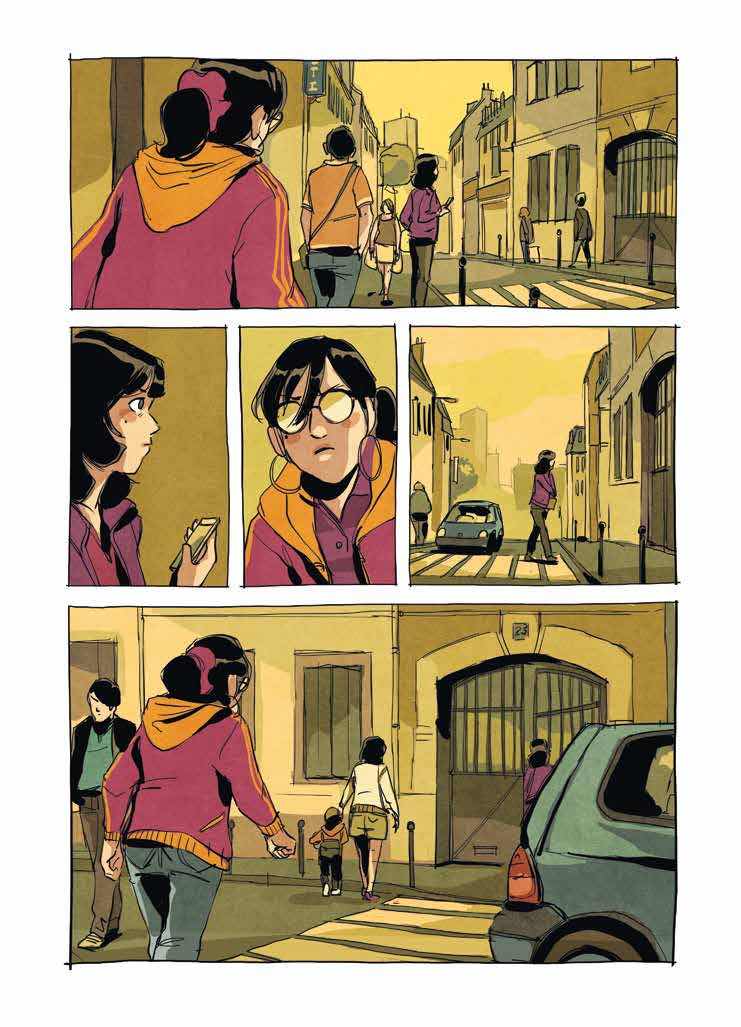 This graphic novel also doesn’t rush you into an expected story. It takes it’s time and unfolds the twists and turns at a well constructed speed. Never are you presented with something as a shock but you do see things unfold before you expect them At 273 pages it is long but I could have easily read it at twice the length.

The book is full of stand out moments but I thought I’d pick a couple I really enjoyed.

I suppose it’s the interplay between the characters that I found so enjoyable in this book. There are numerous examples of this but one that I found to be sharply observed was when older Luisa took her younger self to meet her friends. You have to remember that it seemed like only yesterday that the younger version met these women as teenagers. She remembers what games they played like it was yesterday because for her it was. 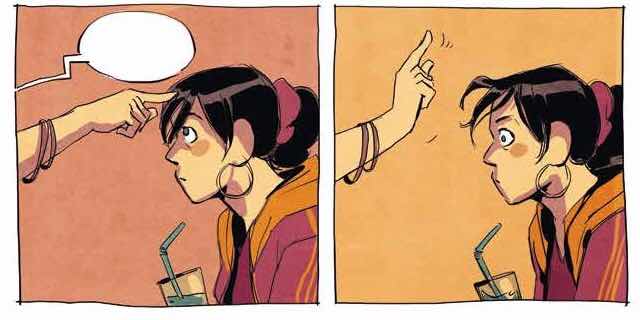 This causes some friction as the older friends think that older Luisa has been talking about their private moments from their childhoods to this girl they believe to be ‘a long lost cousin’ and a stranger. You can see that the decision to make this visit becomes a huge mistake. The words and body language of the reprimanding of the time traveler is just cartooning perfection.

I can only guess that the moment that people will most probably love is the scene in the nightclub. Who hasn’t got that friend who enjoys themselves like older Luisa does. That moment where she takes her shirt off and waves it over her head on a packed dance floor is just pitch perfect and shows such a great grasp of character. The lushness of the colour palette along with the funny drunk dance moves and awkward looks of friends and lovers make this hilarious. You feel the music in the air, the buzz of red wine and beer and the feelings as they dart across the page. Older Luisa let’s her guard down, she lets her emotions and attractions out in the open. She then heads off and we get an hysterical aftermath.

The art has both detail in it’s panels, just look at some of those city scenes, as well as the simplistic shortcuts of a good cartoonist. You feel like you are in every single setting, the streets, bedrooms, living rooms cafes and so on are crafted with realistic efficiency and a big dollup of personality. You the reader emote the feelings of the characters as they are immediately communicated by some gorgeously designed comic landscapes and touchingly rendered reactions. Everyone looks and feels like a real person and are sharply designed visually. The use of colour is stunning and changes the mood deftly and on a couple of occasions you are thrown into a flashback that you immediately recognise through palette choices. This is a comic that you feel like you are living as it moves along at a great pace.

This is part of the Life Drawn imprint from Humanoids that is releasing some really interesting slice of life books. You can find this and other great books at http://www.humanoids.com