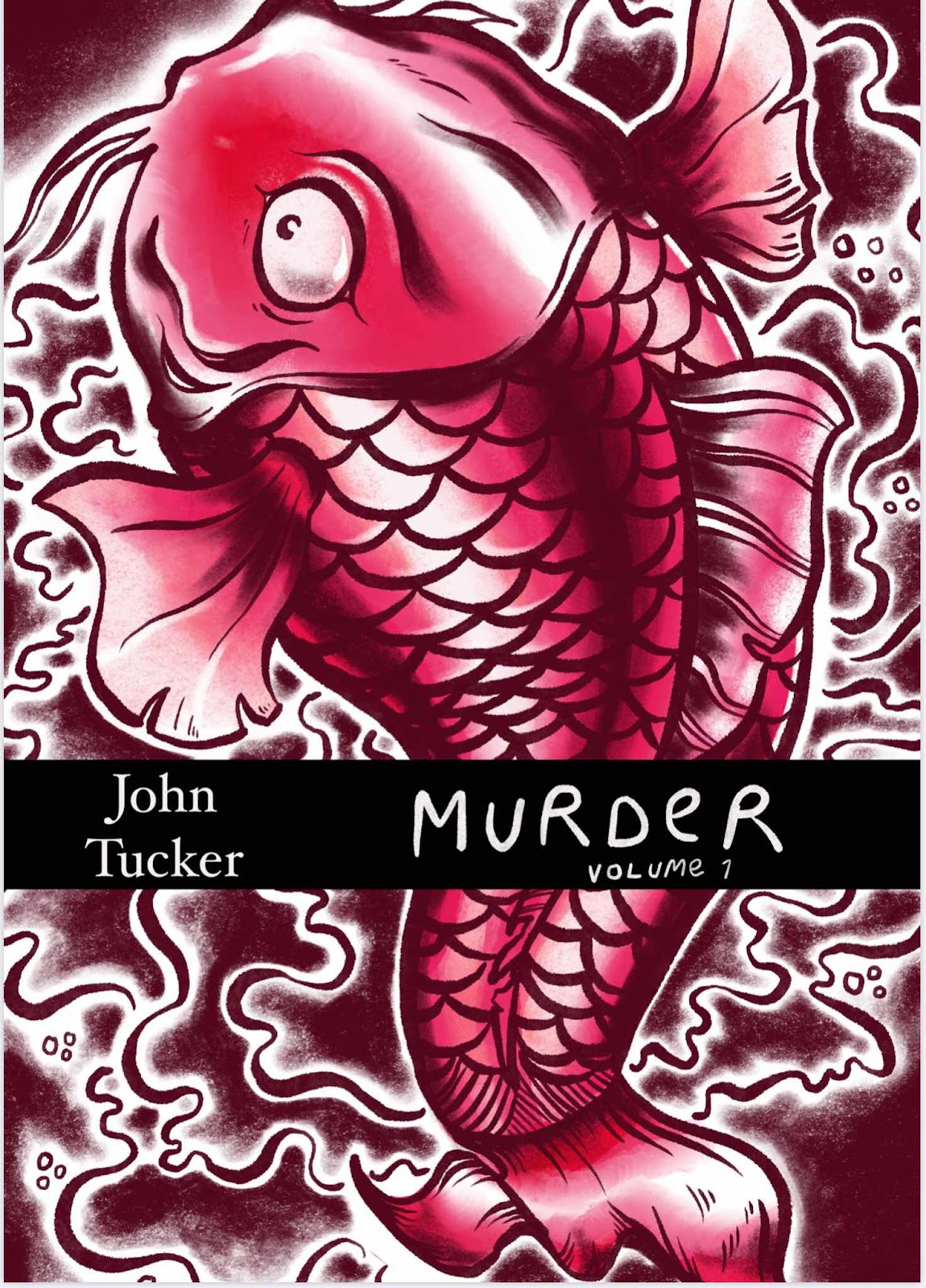 Black and white interiors - £3 delivered in the UK.

It’s hard to talk about John Tucker’s comics without spoiling - but I’m giving it a go nonetheless. (I’ve even trimmed the images to keep you safe!)

So what do you need to know? What will nudge you over to Kickstarter to pledge?

Facts! That what people love right?

Fact One - This is the new offering from John Tucker. (Volume 1 and he is working on Volume 2 as we speak).

Fact Two - This is a short two story anthology and a mixture of art, prose and Social Insanity.

Fact Three - This is about to land on Kickstarter. It will only be available for a short time. Then it won’t. Your choice cowboy!

You might well say that’s all you need to know? Well if it is then you need to head over to Kickstarter and register for the release. Here’s the link https://www.kickstarter.com/projects/johntucker/murder-volume-1

If you fancy reading on and seeing what adjective laden waffle I throw myself into then I’ll tip my hat to you and continue. 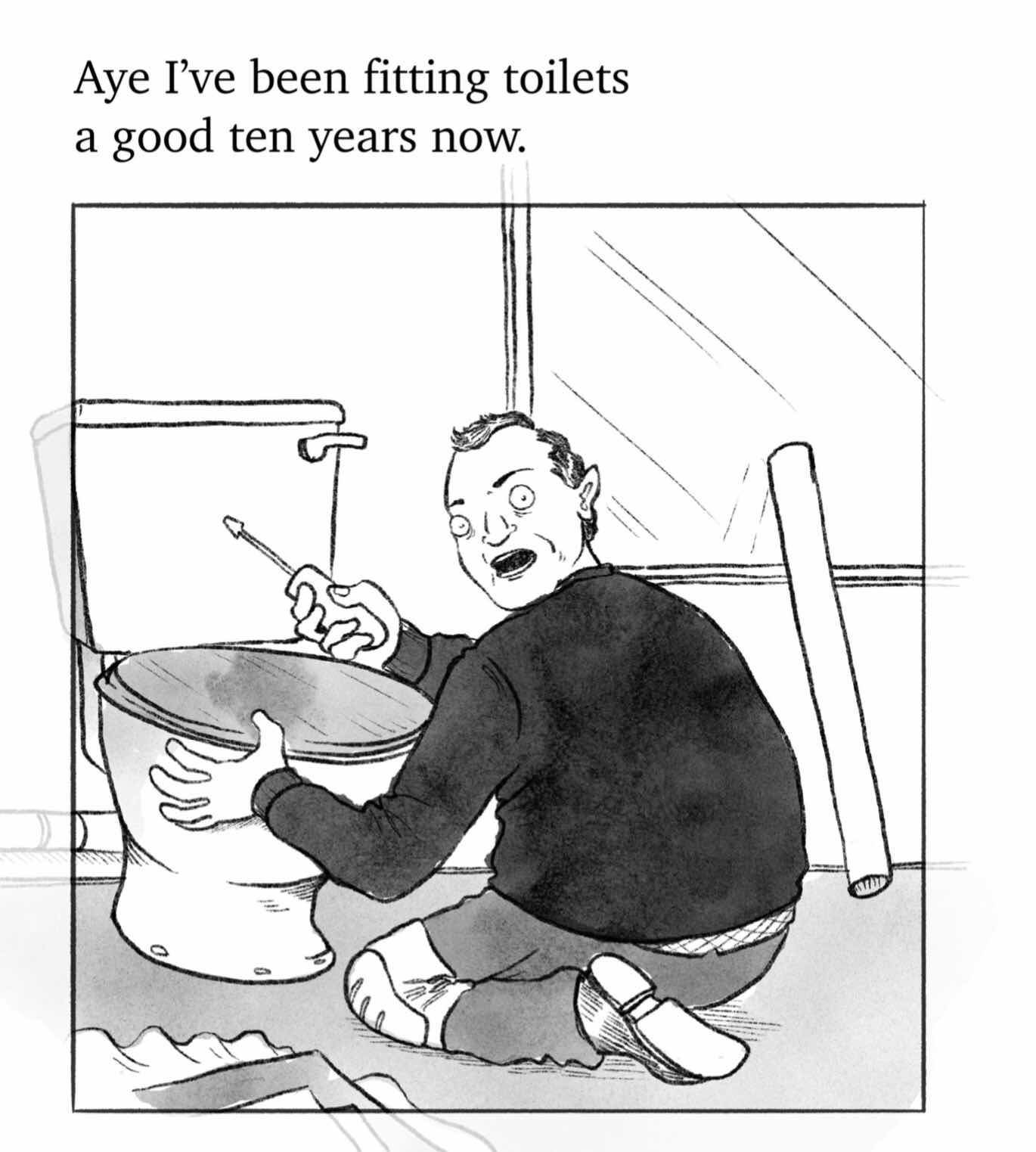 John joyfully writes like he is suffering a randomly conceived Cheese Dream that he, or I, are never quite sure which twisted ending will be revealed. Sometimes he stirs your grey matter in the areas that elsewhere may be considered banal. Hair cuts, back street comedians, sex with old people and so on. But these stories do not lay in the boring filler of morning television, for example, but rather in the idiosyncratic absurdity of comedically crafted DIY punk comics. They are at once strange but on other levels more than a little insightful.

John takes the everyday and twists it with unique absurdity. In the past he has considered male patterned baldness and wondered how it would get even worse when a scalp becomes transparent. Or how the dumping of a hairdresser’s cuttings within view of a lighthouse turns murderous! 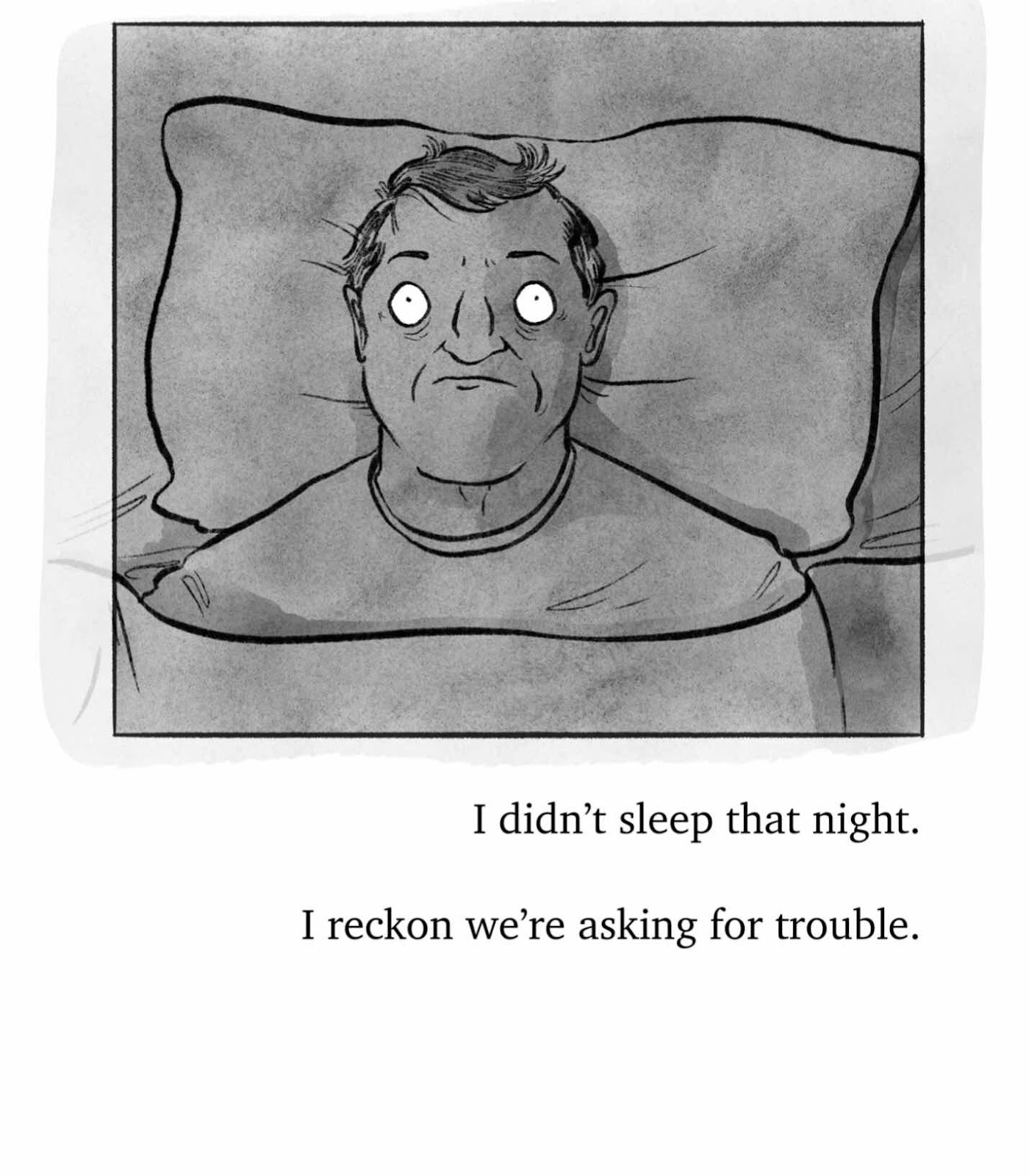 Both stories in this new comic are very different but play both sides of John’s storytelling coin. They are equally implausibly deranged. And are also both narrated by a wide-eyed cross between an everyman and the sort of person you regret getting in conversation with in Greggs. The hints of dead pan madness are apparent through much of John’s work and are again on show here - to this particular reader’s satisfaction.

Who thought that the evil plans of a plumber would stick in my head all night!

Here’s the link to register for the launch tomorrow https://www.kickstarter.com/projects/johntucker/murder-volume-1

My only problem is that it seems far too short. Where’s that next one John?