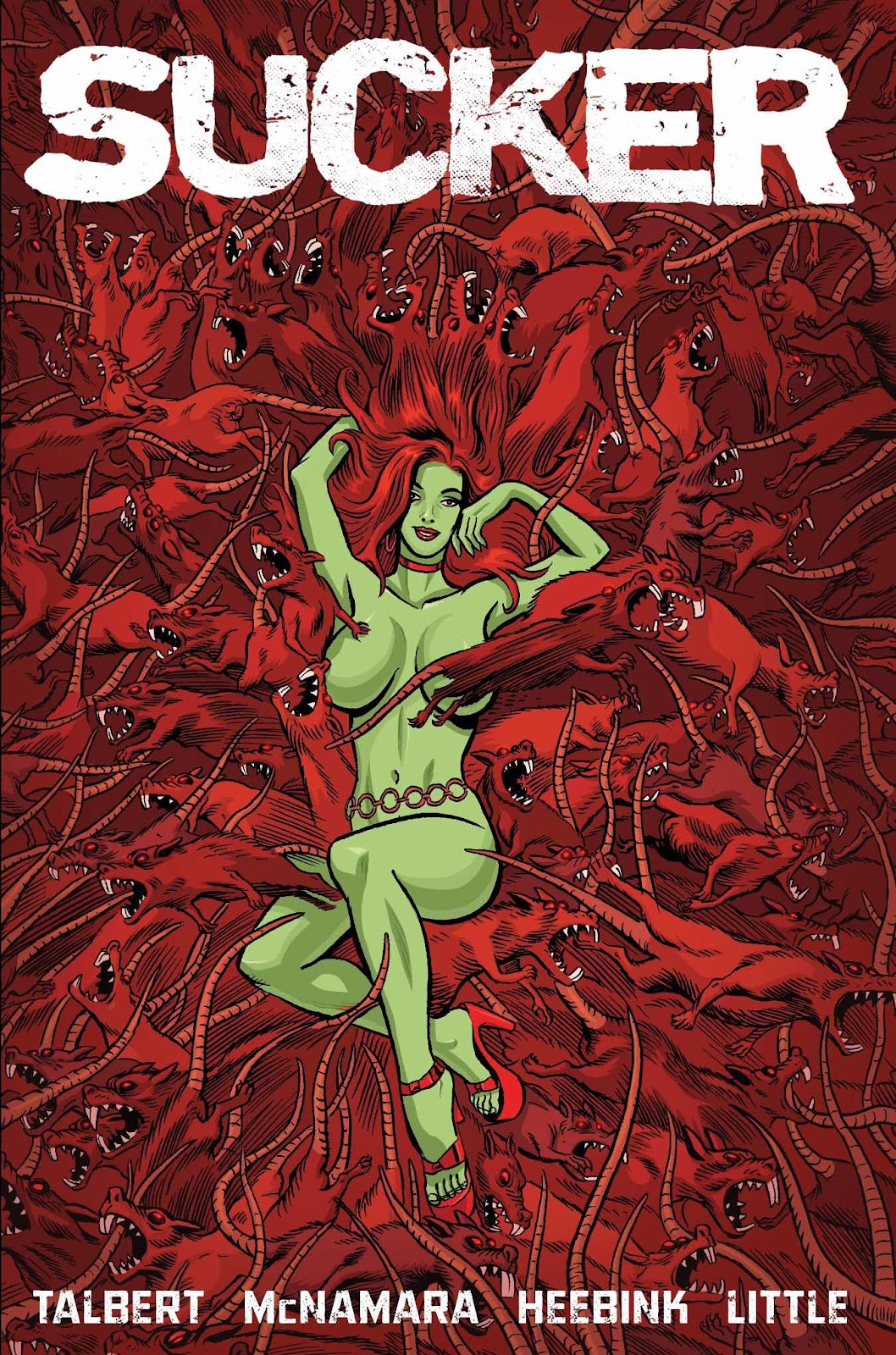 The Story - ‘When the last vampire returns to plunge the human race into a hellscape of death and depravity, a disbanded team of vampire hunters are forced to reunite. Can a brass knuckle wielding priest and a half-drunk deadbeat get it together before the human race sucks on its last breathe?’

The Review - This was a random pick by myself from ComiXology as I needed something to review that didn’t have the weight of a creator waiting to see what I thought about their comic in Honest Review Month. Just a little pause to help me get my breath. It’ll still be honest so don’t worry. 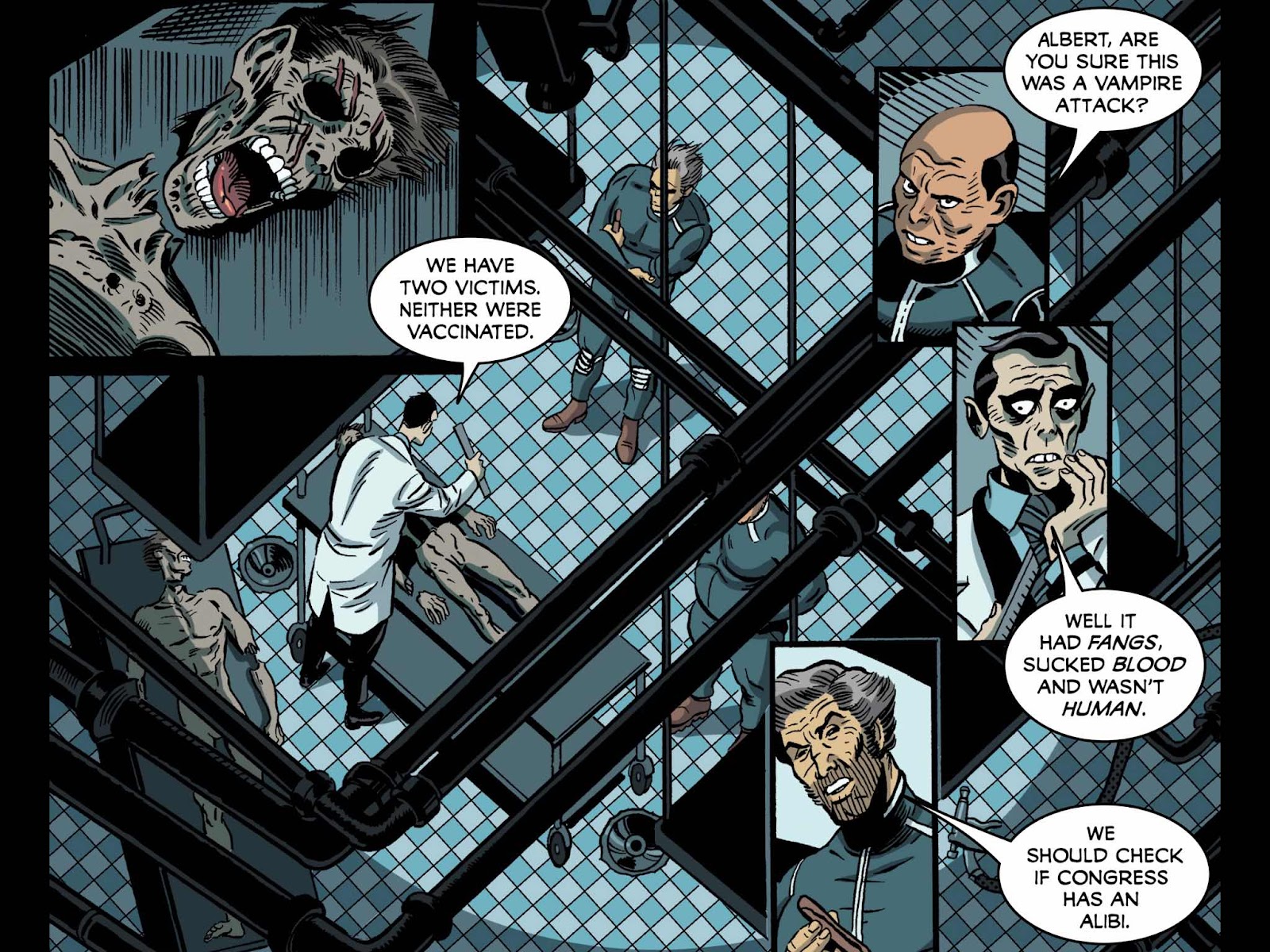 Cards on the table, I suppose what drew me in was the bold and standout cover on this issue.

This opens well and has a prologue of a scene setter that starts out tense and creepy and ends up bloody and gooey. It sets the arena and the threat and does so with quick and never overly wordy style. 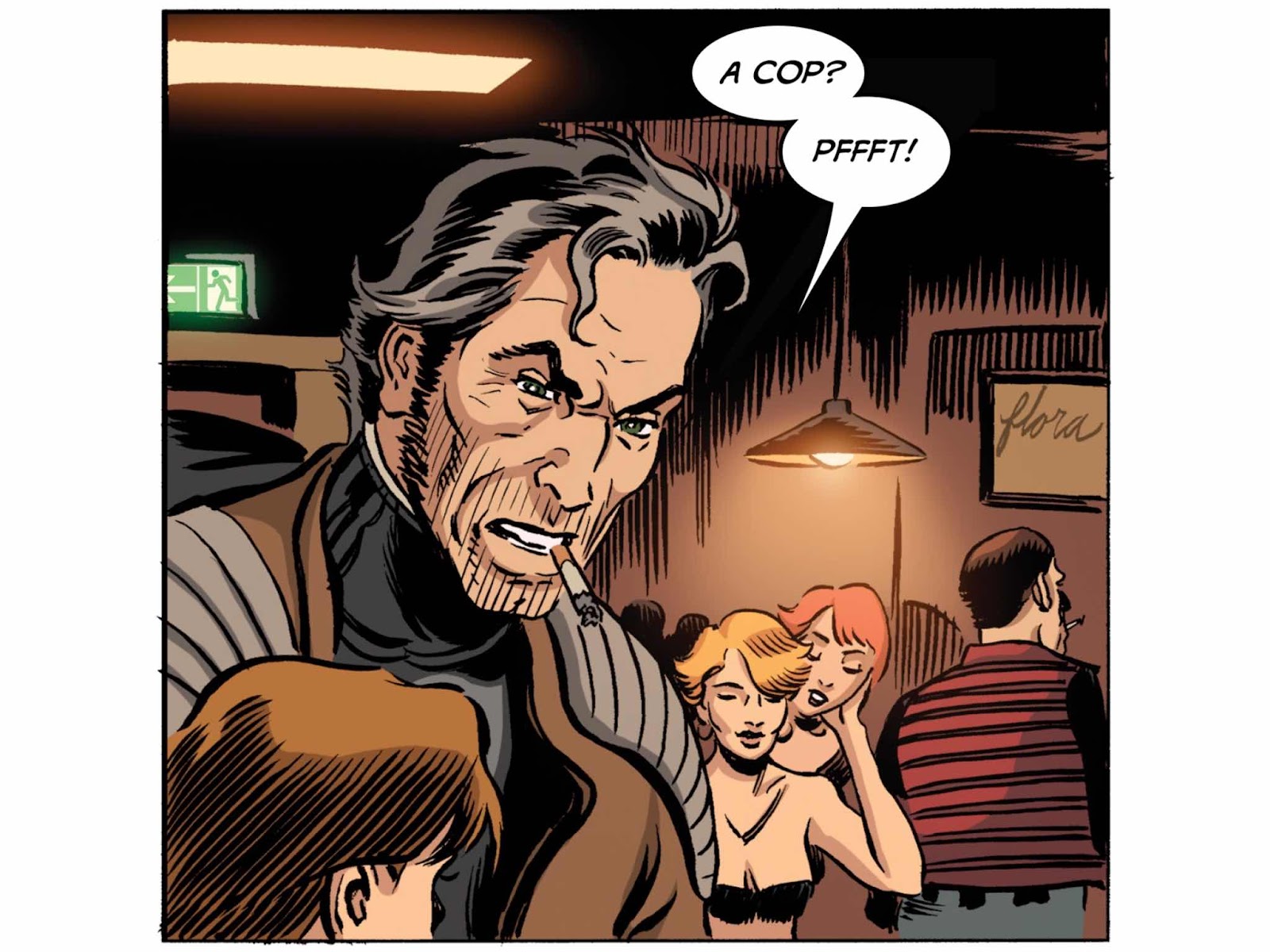 This is a well constructed tale that gathers a vampire killing squad back together, a squad you discover that has quite a sordid history. You get the smart-talking but debauched and damaged biker hero, a rough-housing priest with stake wielding skills, a scientist, a boss who looks like she walked out of Tim Burton nursery rhyme and more.

‘I cant wait to explain to the wife why I smell like undead ass hookers.....again.’

About a third of the way through the book you get a flashback that I’d normally not be a fan of but this one has the biggest vampire killing spree that you’ll see in a comic for a long time and I revealed in it all.

The art is well presentable and readable. I can see little flashes of early Chris Samnee or even some Darwyn Cooke and it has that slight sense of a retro style to the figure drawing. It could almost be a supernatural Dick Tracy in the use of flat colours and dynamic action - but with added shotguns, swords and a fuck load of blood. Each page is rich with character and oozes sleazy infested villainy. Talbert also experiments with some interesting layout designs.

‘Maybe we can sexually assault the Statue of Liberty on our drive back?’

In fact the action is pretty relentless and I found that genuinely refreshing. The script makes no attempt to make anyone remotely likeable, in fact McNamara and Talbert go for exactly the opposite in many cases. I suppose you have to be a bastard to catch a bastard! These characters breathe battle weary black humour and more than once I laughed at the over the top dialogue (some of which I’ve included in this review). 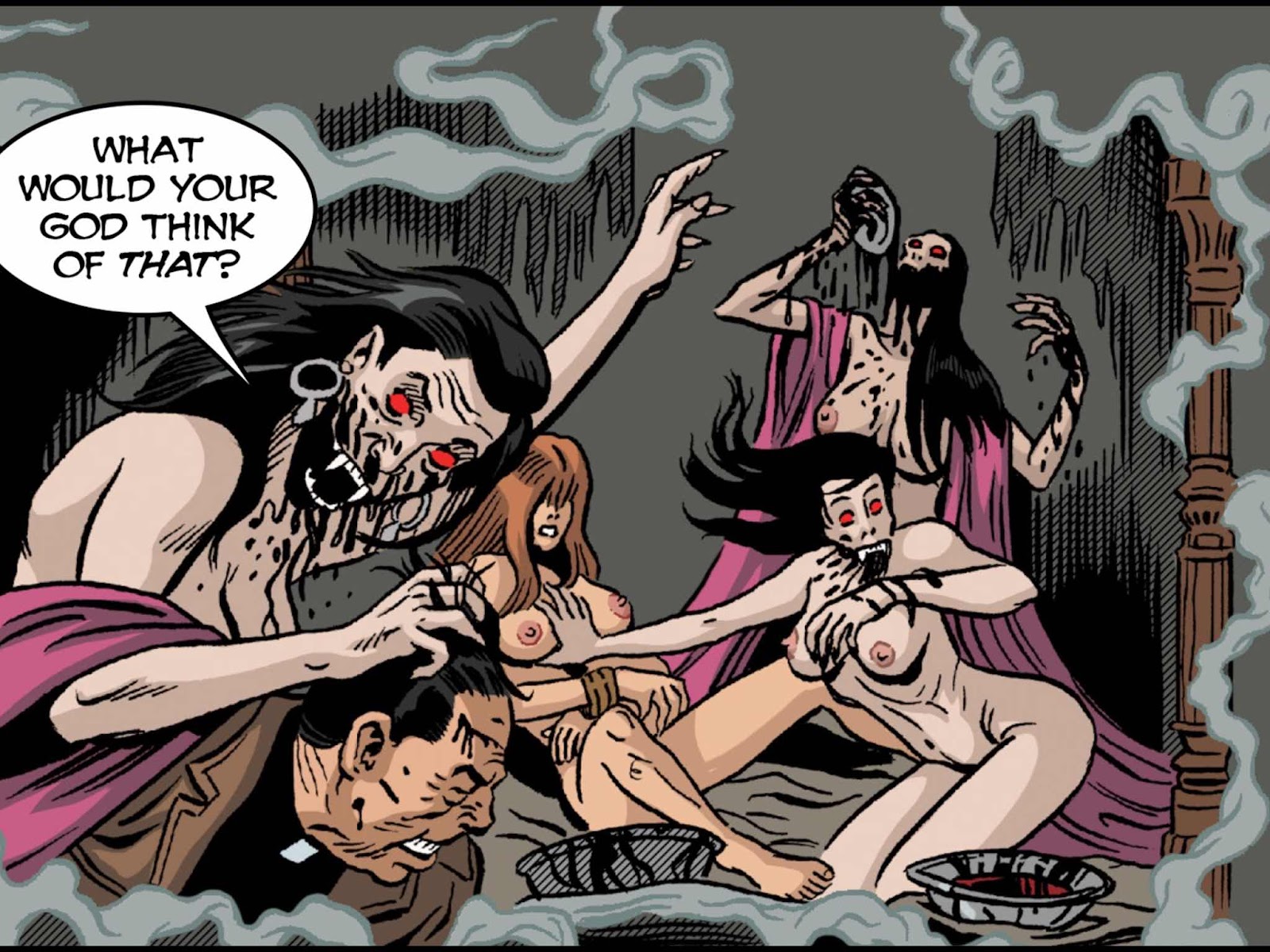 The last act of the book taps into some pretty freaky and messed up sequences that I absolutely loved! This really goes there and if you are a fan of proper horror you will be overjoyed. No spoilers except - have you ever had a feral rat jump into your open screaming mouth? 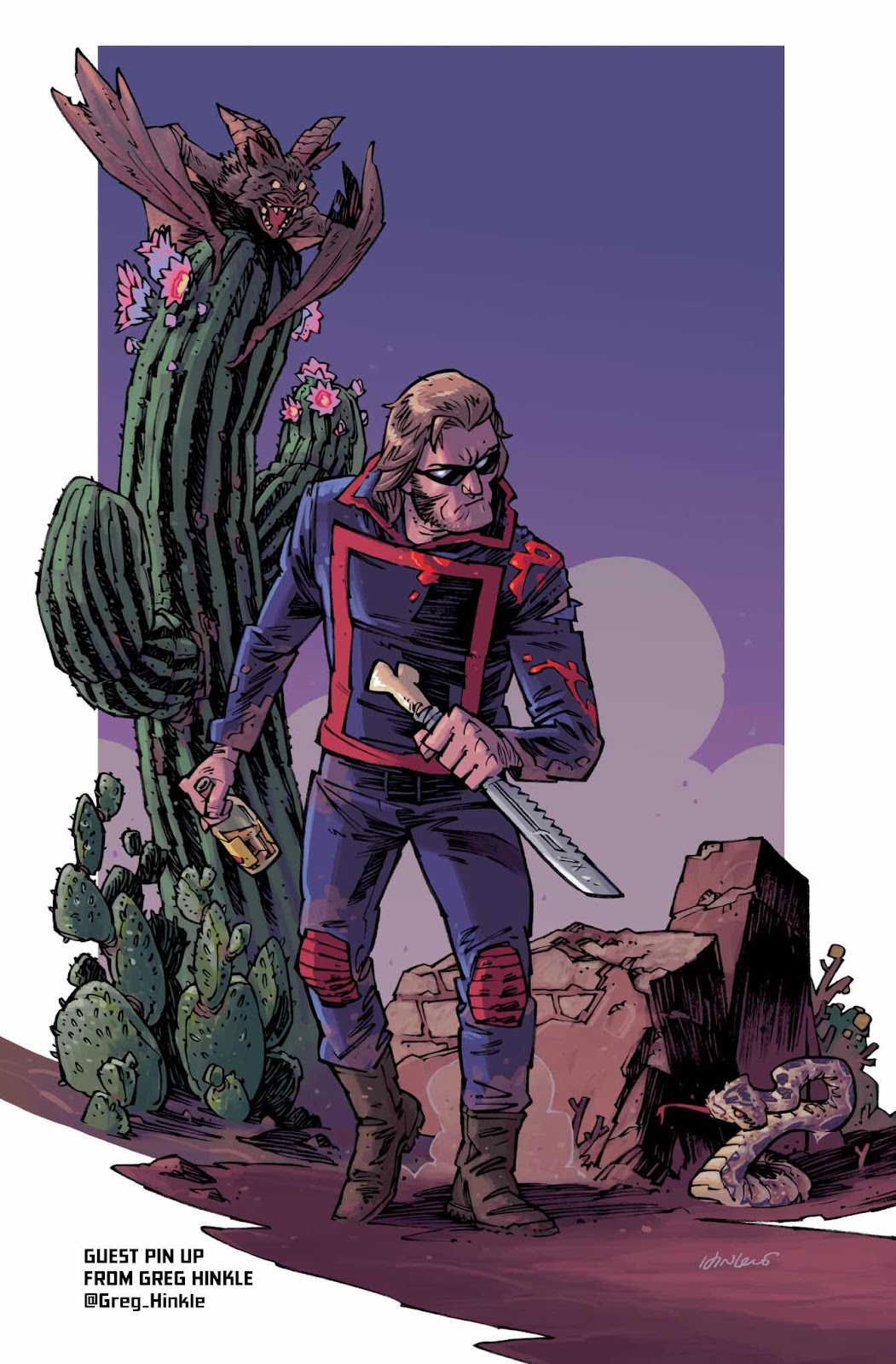 (There is a wealth of great back matter in volume one that includes a brilliant pin-up fro Greg Hinckley.)

My only criticism of this is that volume one came out in August 2018 and it seems like far too long a wait for the next instalment, especially after the way the first ended. Come on guys!

You can find out more at http://jason-mcnamara.com/shop/jasonmcnamara