In Review - ‘Starship Down’ issue 1 from Dark Horse Comics. 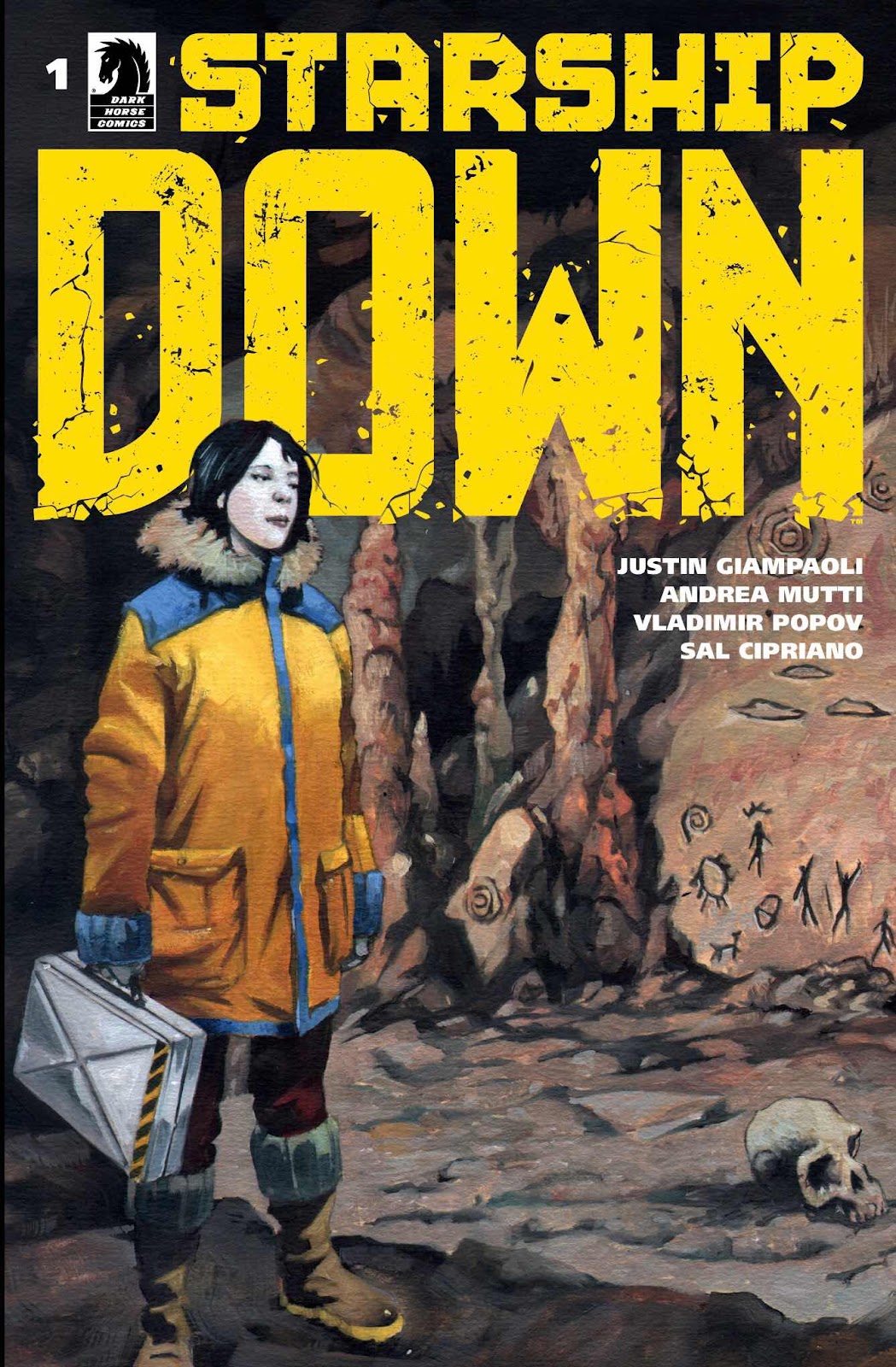 The Story - ‘Mankind discovers its startling origin! A cultural anthropologist consults with US Naval Intelligence to investigate the discovery of an extraterrestrial ship buried under the ice for thousands of years in Siberia. The meddling Russians, Vatican officials, the international media spotlight, and her own insecurities all threaten her efforts to keep the fabric of society from crumbling.’

(Spoiler Material at the end of this review). 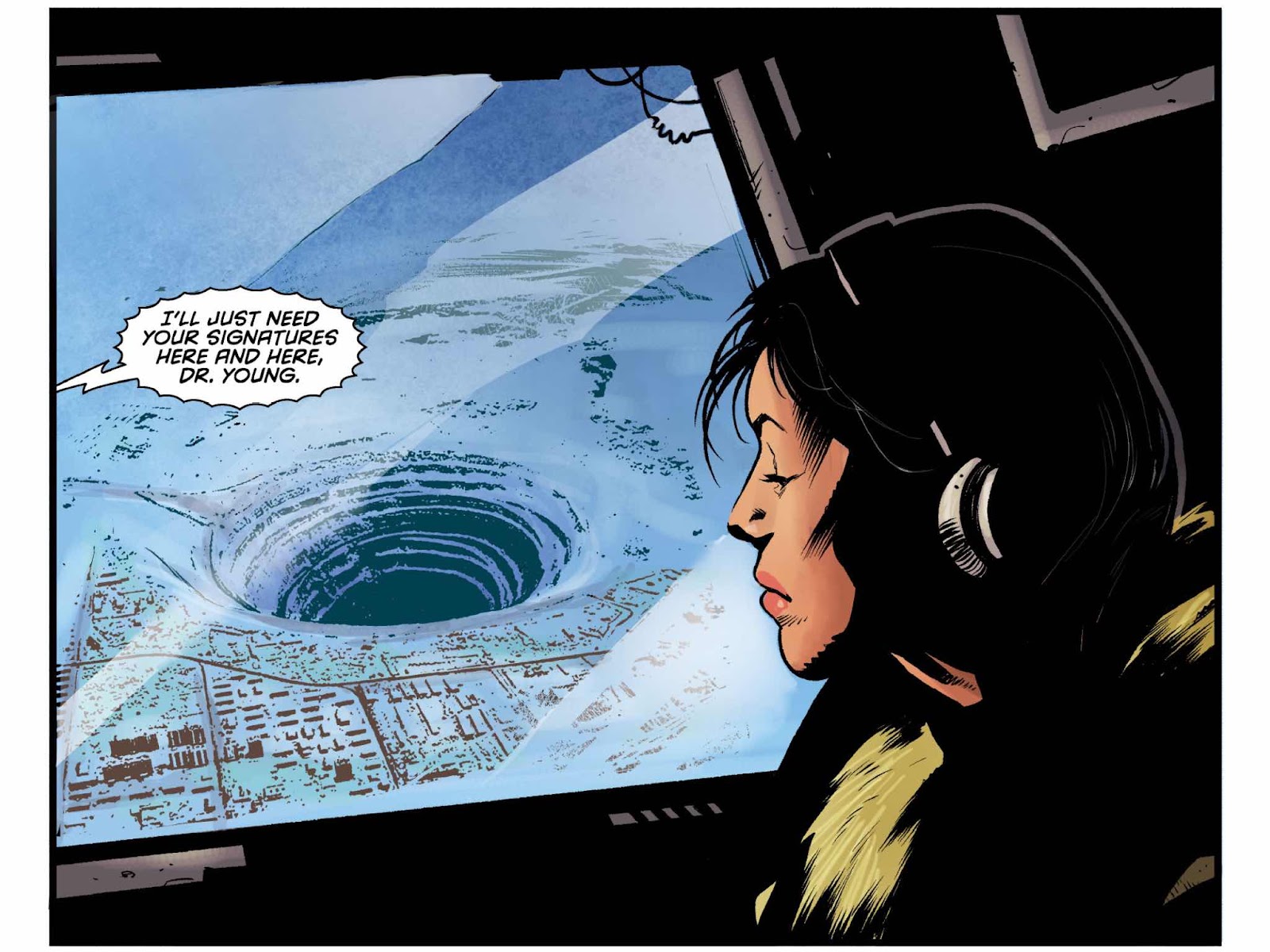 The Review - This was an impulse buy for this bored self-isolating comics reading adult from the profoundly overpriced but have me by the balls ComiXology. £3.99?!?! Really? I based the impulse on a couple of factors. Firstly that Dark Horse rarely put a foot wrong in my opinions and two Andrea Mutti has the sort of well-crafted realistic style that I am drawn to over and over. I hadn’t heard from the writer before but after some Googling I have discovered that he is reasonably new to the profession of writing comics but does have some Small Press projects under his belt and has been writing for the Comic Bulletin for quite a while.

The cover is a little understated and shows the central character Dr Young standing in what appears to be an archeological dig with a skull on the floor at her feet. It’s a tiny bit misleading and doesn’t really hint at the science fiction elements strongly enough. (Although there is a hint of flying saucers on a wall cave painting). When I first looked at it I thought that Young may have been ‘turned’ or ‘the undead’ through the strange colouring?

This comic actually opens like the first twenty pages of a BD album. Something like ‘Carthago’ or ‘Irons’. It spends a lot of time building the characters and setting the stage/s. It also tracks like the first twenty minutes of a disaster movie with impressive ariel views and some melodramatic conversational exposition. It must be said that if you are looking for a comic that is fast-paced or action packed this will most certainly not be your bag. In fact apart from the last couple of pages which could be classed as ‘action’ but in many ways are just ‘scene setting’ there’s not much that goes on in this comic apart from a lot of talking and a couple of impressive looking wide-shots.

That’s not to say that some of the dialogue can really intrigue the reader. I was ready to opt out and mark it up at four quid down the drain when we get the arrival of the Catholic Church. Cardinal Dominick Arns is outstanding and the perfect antagonist in the situation. Whilst outwardly pompous, rude and overbearing he also brings up the theme of Science v Religion but adds and extra element making it Science v Religion + Alien Spaceship.

‘You cultural anthropologists are the worst breed of scientists as far as the Vatican is concerned.’

And the rather creepily commented upon;

‘Yes, we know ALL your sins Commander.’

As I read I am trying not to second guess the story that will continue in future issues but I can’t help but hope that we get a bit of a ‘Chariot of the Gods’ vibe going further. It's the one thread of narrative that seems original in a rather predictable book. 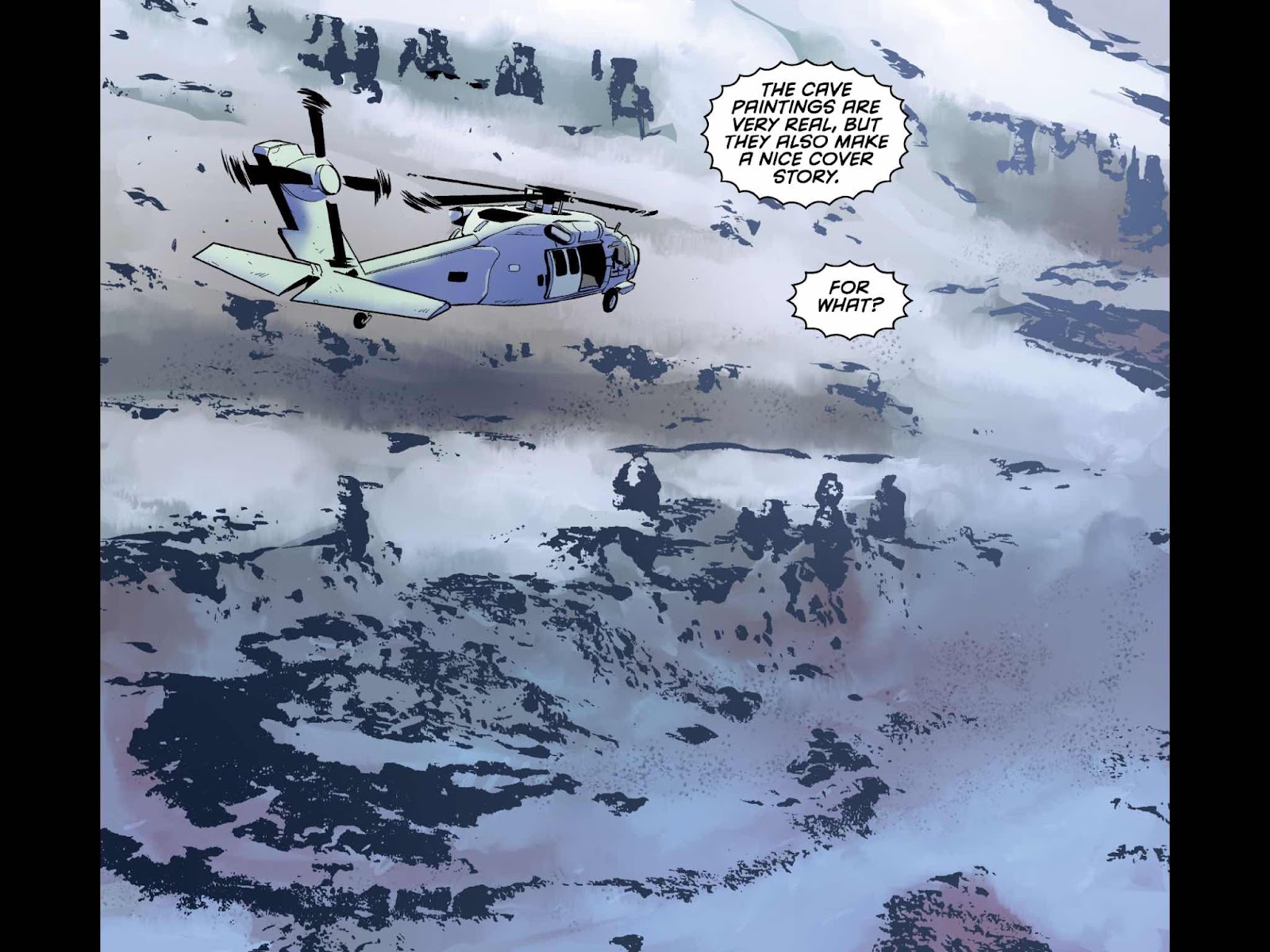 The spaceship design is a little bit obvious and uninspiring and looks a little like a squashed version of the USS Defiant.It could have done with something slightly more original.

When the scientific team finally get into the crashed spaceship they discover smashed stasis tubes that contain what they describe as ‘Neanderthals’ but in fact just look like Terry Jones in a wig from an old Monty Python episode.

I’ll be honest and say that I probably won’t stick with this as a monthly but may consider picking it up in trade if one is eventually forthcoming. It’s a little too slow paced for my tastes and the price of £3.99 for 22 pages is far too high.

Not posting any links on this review as I think it may be better for you to save the cash.