'Now to be killing.'

This story follows Frank Castle and his Russian counterpart as they track a new heroin wholesaler through New York and into Eastern Europe. These new wholesalers Vikady and Kwoc are violent and desperate and constantly on the run from the vigilantes.

The book actually opens on a bleak Afghan war scene in a mountain pass that looks straight out of Kubert's Rock stories. The art style is bleak and washed out. There is almost a post apocalyptic feel to the desperation. Snow and cold and violence. It chills you.

In oh so many ways this is a superb example of Punisher how he was at his roots. Spinning out of books similar to Mack Bolan: Executioner by Don Pendleton and others Punisher was an ex army adventurer. He wasn't afraid to put bad guys in the ground and was a master of doing so.

It is (in a big part) what we see in this Punisher series. It harks back to the pre Welcome Back Frank and before all that 1990s War Zone rubbish. He is a tough stone faced killer who will travel around the globe to take people down.

We see foreign countries beyond the back streets of New York that can be a staple for Castle.

Now don't get me wrong. I fucking love what the likes of Garth Ennis, Jason Aaron and Greg Rucka have done with Castle. They have given him purpose again. We see that relentless drive of a man that is (and should be) Marvel's Batman.

He knows. He knows and he doesn't care what we think. He won't stop. He never hesitates. This is life. This is the whole of life. It's there. No surrender to any form of comfort. Handed over completely to this cause. Why Marvel don't do more with him I will never know. He shouldn't be on a team. What is the purpose?

But what we see in this story is more High Adventure. Imagine The Exterminator crossed with an Indiana Jones movie.

This is not to say that the writing is slight or simple in any way. There are moments of real poignancy of those around Castle. The story seems to reflect the fall into crime that these proud nations felt after the fall of Communism. The Punisher is almost being taught how cruel these nations can be and how widespread poverty and crime has become.

Saying that. I would read a fucking series on Dragonov! He is the standout star of this story. A giant of a man who is (nearly) indestructible. Dixon writes him and then (spoilers) kills him. But I am sure that these days they could find a way to pull him back in?


'Then we nail everybody.'

Kubert kills it as always. His thugs are ugly boil ridden trash. His heroes are stony faced grim killers and his ladies are sexy double crossers. Just gorgeous work.

The only slight gripe I have (pointed out by an artist pal actually) is the terrible photoshop combo cover. 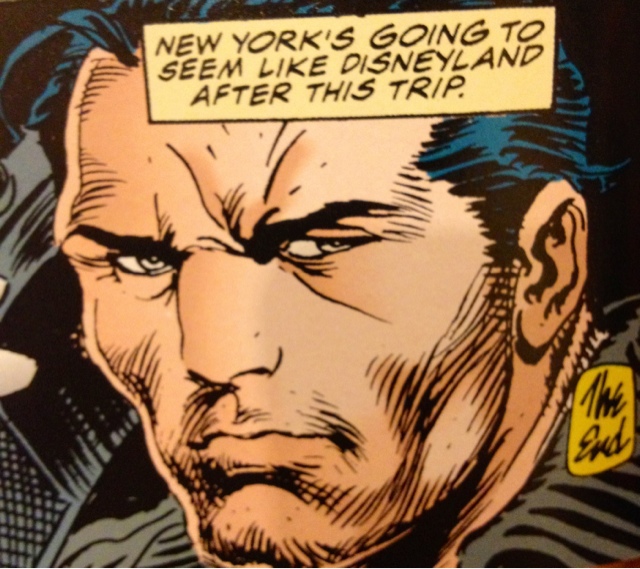 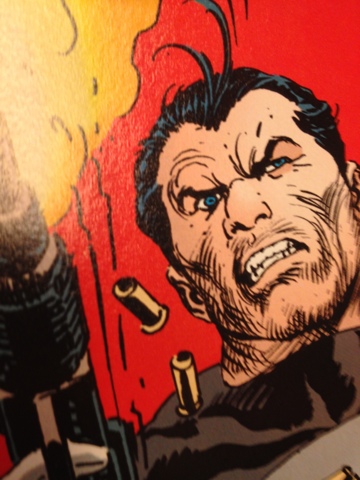 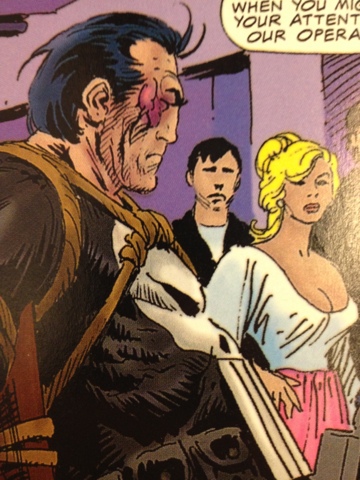 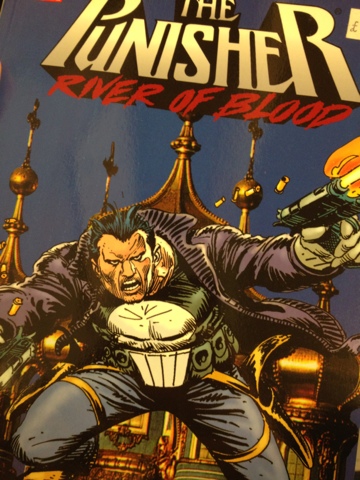