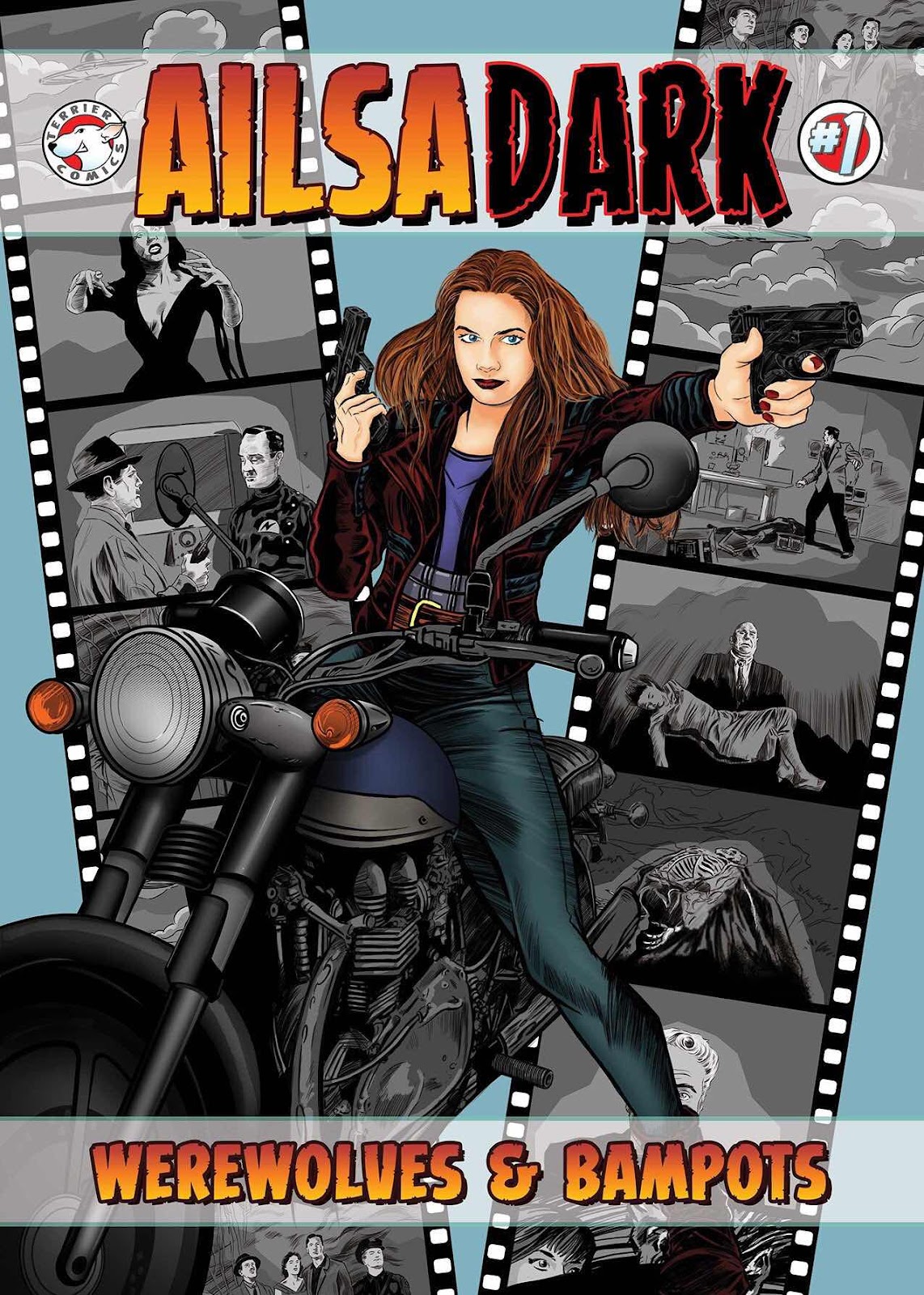 This Published by Terrier Comics.

The Story - ‘Welcome to the weird world of Alisa Dark!

Alisa Dark and her partner Umair Nawaz carve their way through Werewolves, Vampires and various other creatures of the night to protect Glasgow from the dangers of the Otherworld.

Existing in a bizarre, nightmarish world - our heroes soon find that nothing is too ridiculous or absurd.’ 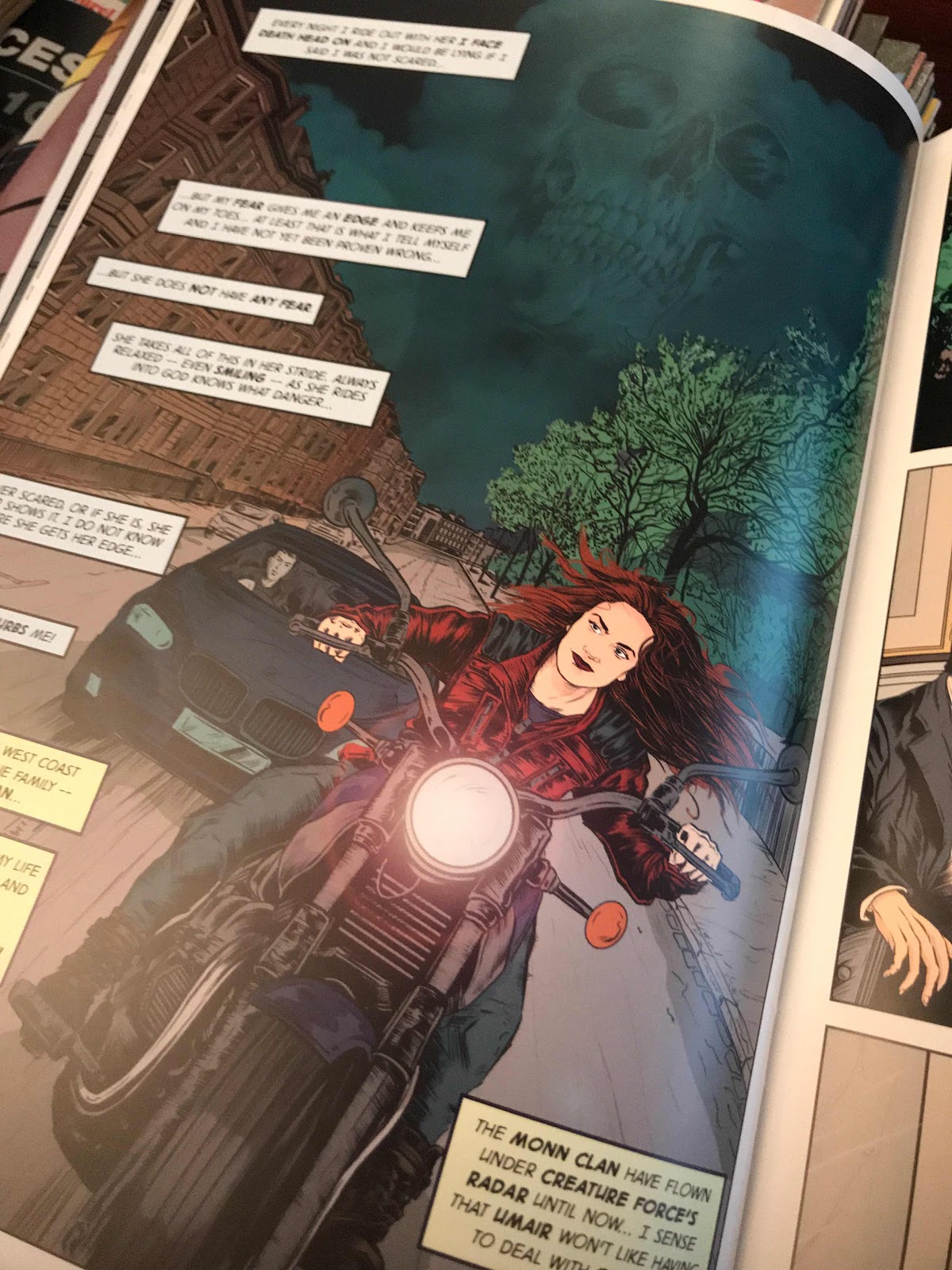 The Review - I picked up issue 1 of this new series at the recent Edinburgh Comic Convention. This is a grand venture by William who after meeting face to face I can confirm that he is not as sinister looking as his Twitter avatar may suggest.

Apologies but I had to look up what a ‘Bampot’ was;

‘Idiot; an objectionable and foolish person.’

This is a really fun read. A Glaswegian version of Elvira (but, let’s face it a whole lot cooler) hosts a late night Horror Movie Show and talks about subjects like Ed Wood and Black Christmas. She is also coincidentally the main weapon in a network combating the visitors from The Otherworld. After finishing her show she heads off to meet her Cop sidekick and the pair of them square up against a couple of werewolves. The plot then really gets going and things become darker and more dangerously complicated.

I loved the attitude and the application of it into this magazine sized format comic. It brings back a sense of nostalgia for the horror magazines of the 1970s and 1980s but also has that recognisable four colour quality that you get in books from companies like Dynamite or Chaos Comics.

The central character is charismatic and very readable and displays intelligence as well as a shoot them in the face first argue later attitude. She rides a cool motorbike (without a helmet of course) and carries a couple of automatic handguns. Is everything as it seems or is there a frightening conspiracy at work, the seeds are sown for this to be explored in further issues.

The writing is pretty strong and switches up between dialogue and narration from the different characters as they go about their deadly daily business. It does suffer on occasion with an amount of overwritten scenes with some repetition and this isn’t a short read.

‘I’m a citizen of Glasgow...No mean city! The Otherworld frequently slips into the Real-World and many of it’s inhabitants have made Glasgow their home. We call them The Other!’

The art is also strong and you can see that the creator is using real people as models for his characters but also he has the artistic chops not to rely too heavily on them and they become mobile, realistically active and full of the required attitude. It’s a book that you’ll enjoy reading and it will give you that little nipple weak of nostalgia for old school horror comics like The House of Hammer magazine or even Vampirella. 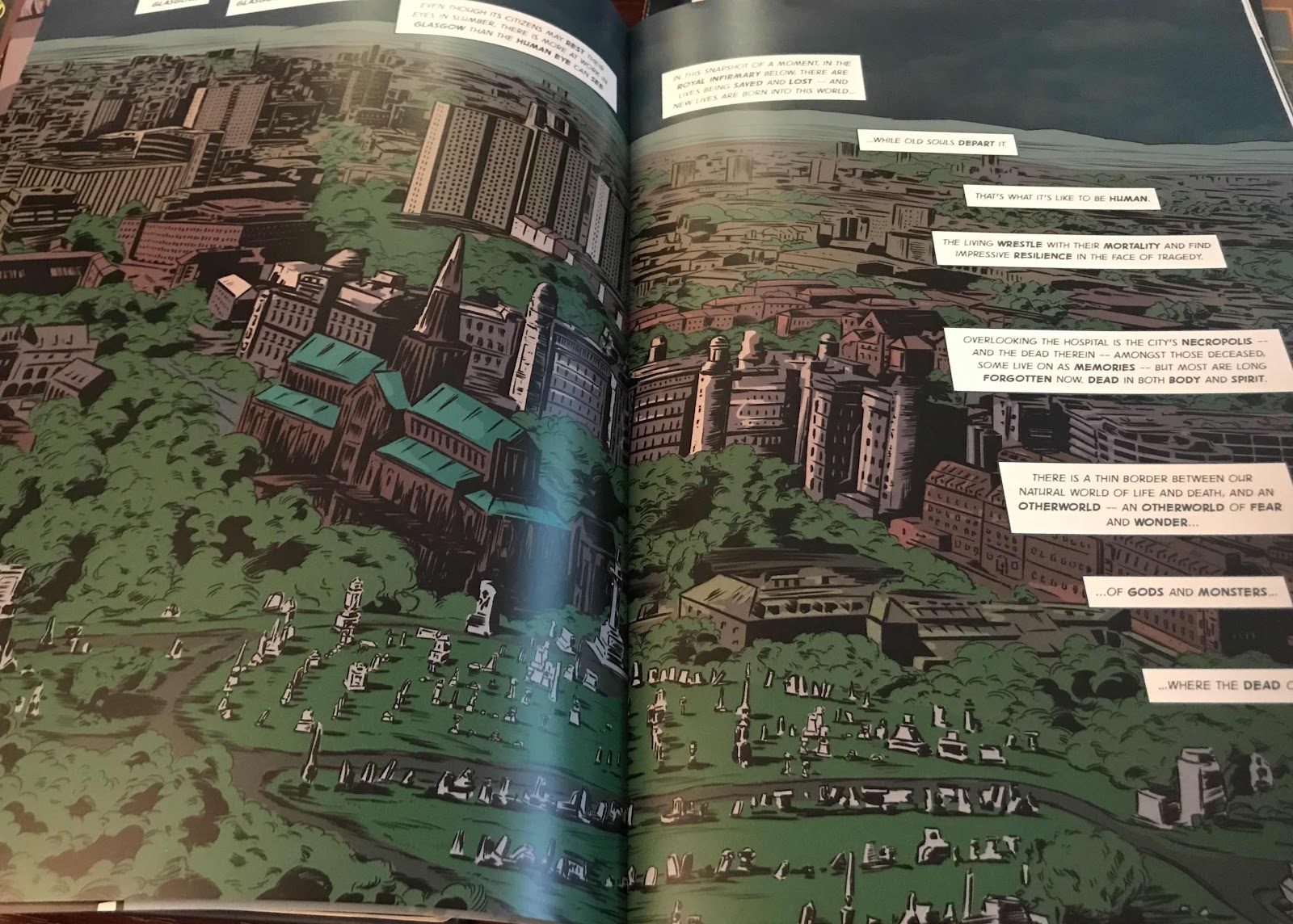 I have to admit to finding the first three and a half pages a little bit of a slow start as they deal with visually only the buildings and landmarks of Glasgow with a noir/horror narration overlaid. The art on pages two and three is a splash page and is weaker than the rest of the book and looks very like an under rendered background that could do with something else more interesting in play. There are a few moments also where the colours seem a little unnaturally flat and could do with blending or changing. It’s a shame that the comic doesn’t open with something more melodramatic and so in keeping with the vibe elsewhere. But generally it’s a good combination of grind house detective styled narration, funny moments and cool action that pulls you along.

William’s table is definitely worth a visit if you see him at a convention and I understand that the Indiegogo is about to launch for issue 2 in this ongoing series. I shall be keeping an eye out.

‘Beware the Ceremony of the Wolf!’

You can find out more about this series and others created by William Crawford Hazel at https://www.facebook.com/TerrierComics/ You can also follow the creator on Twitter @Crawford_Hazle 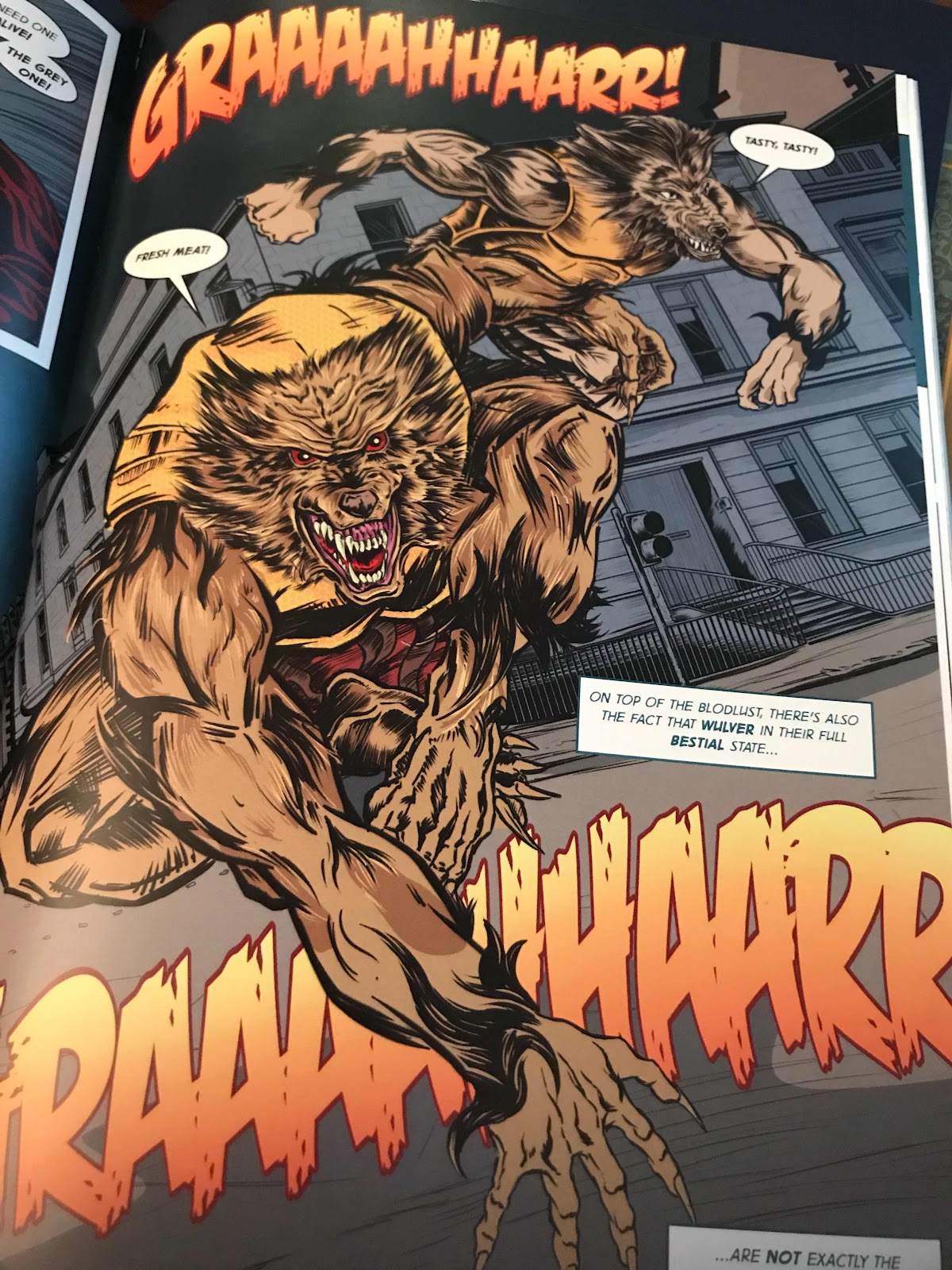 Well worth six quid, go have a look.