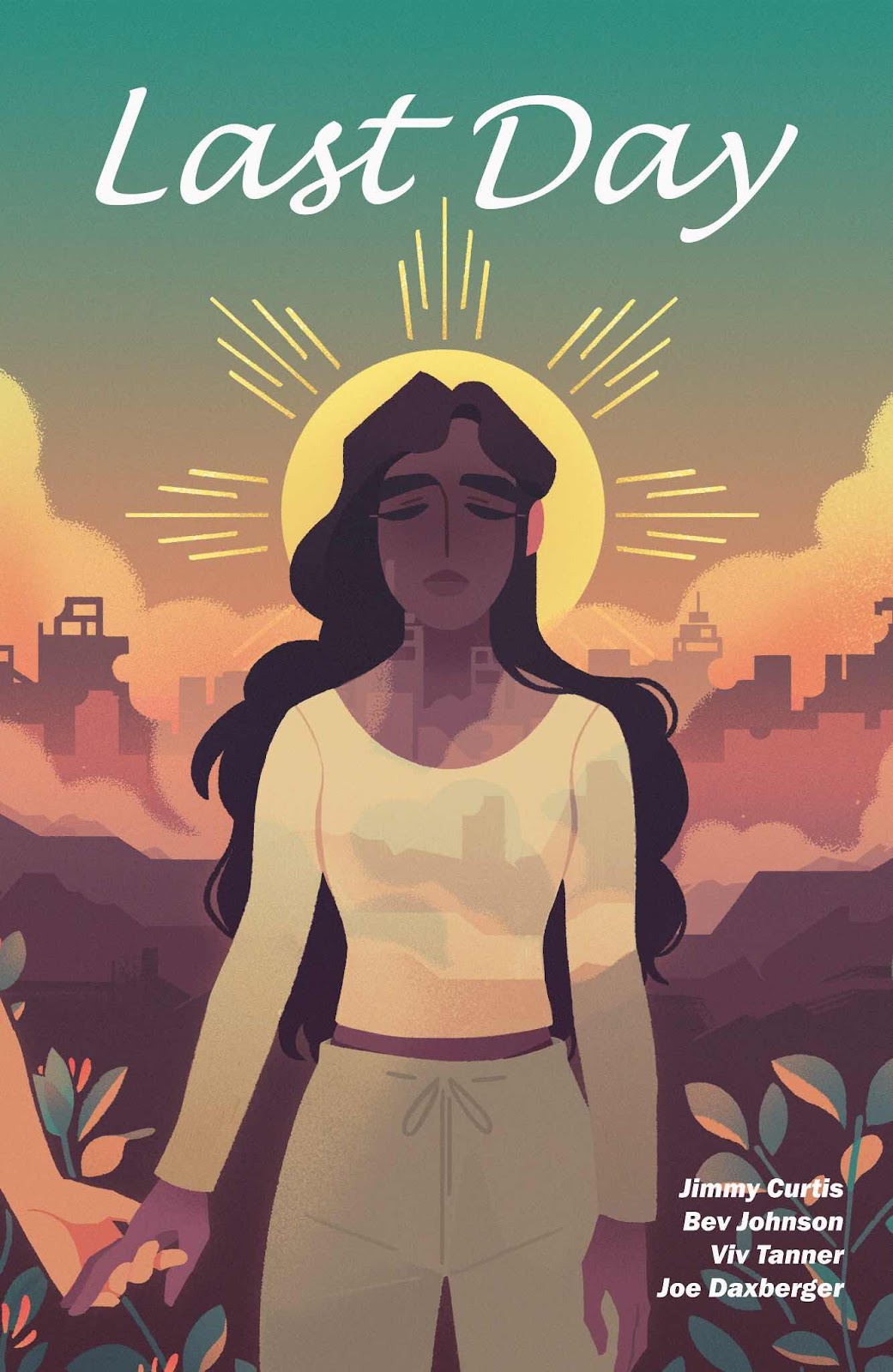 The Story - ‘When Kaylee, a woman with a history of hallucinations, wakes up with a premonition that the world is going to end, she decides to spend her last day embracing adventure and love while her family fears that she's relapsed.’

‘This is interesting. It feels like a dream, but not quite.’

The Review - I’m now over two thirds of the way through Honest Review Month and I’ve been spending a lot of time on digital reading services like ComiXology, Izneo, Sequential and Comichaus. It’s really noticeable recently that there has been a rise in romance books and many of them are dealing with people/issues/backgrounds involving LGBT+ people. As a very old straight guy I thought it was only fair that I take a swing at a book from this community. Representation is important y’all! It’ll also take me out of my comfort zone and maybe open my eyes to something new.

So this one popped up as a suggested read as I surfed around the ComiXology website and the art looked good. So here it comes.

‘What a pleasant nightmare.’

This is definitely a book of two halves. The first part deals with Kaylee as she awakes and realises that the world is going to end. There are no specifics just a  sense she has that after today there’ll be nothing else. It’s a clever idea and the first few pages are composed gorgeously. To the point where I wondered why interior artist Bev Johnson’s art hadn’t featured on the cover. 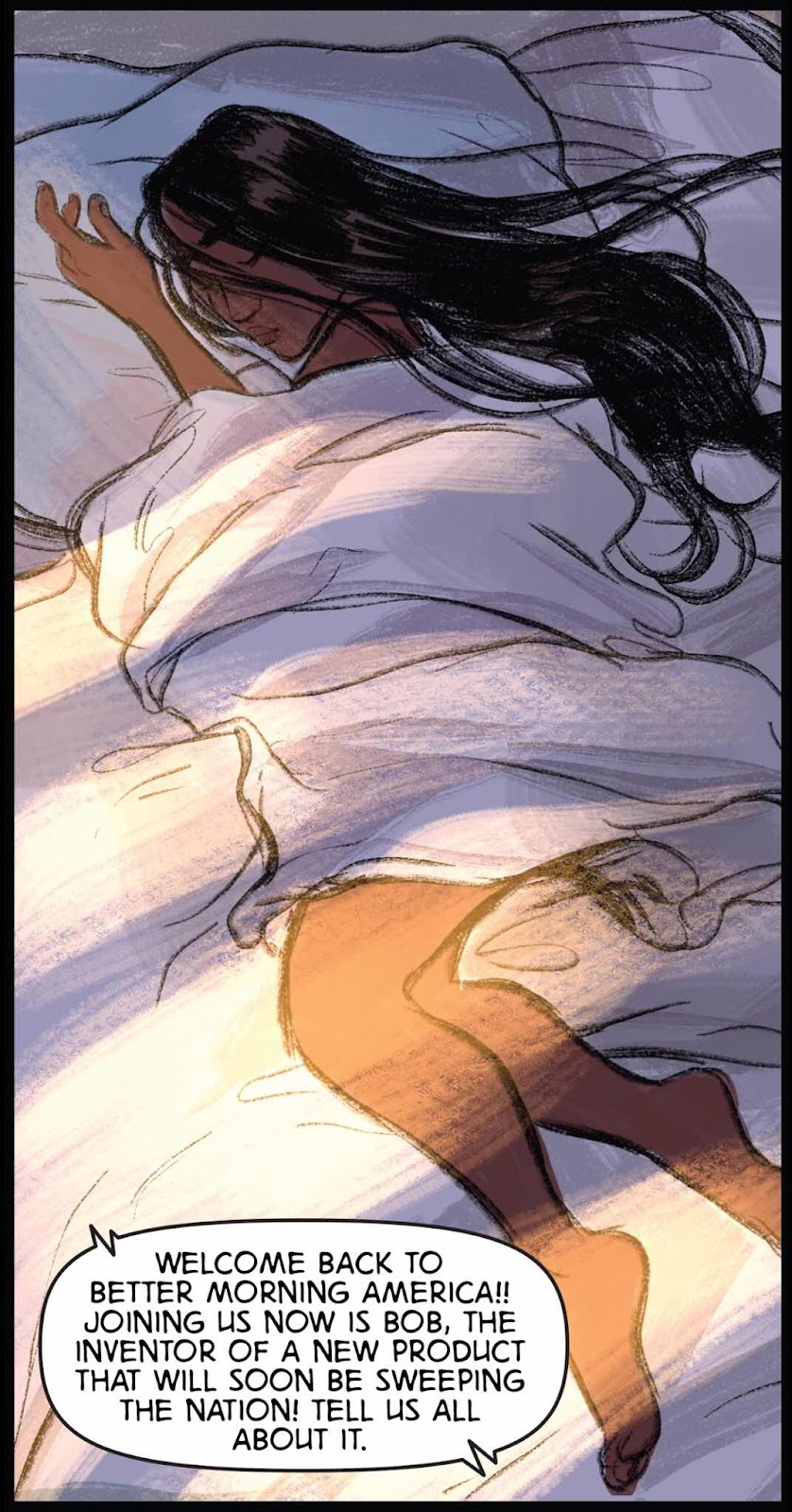 Kaylee decides to meet and tell her family that this catastrophe is on the way and there is an excellently choreographed sequence with her and her sister Maura eating breakfast. They talk like a real pair of sisters and share little in-jokes and they are distinctly composed, one over uptight and one more scatty and emotional. Kaylee eats like there is no tomorrow and there’s a moment where she tries bacon. I found that an interesting aside and am not sure how I’d feel about it if I was Muslim like Kaylee is written to be. I’ll leave that there for others to decide perhaps. 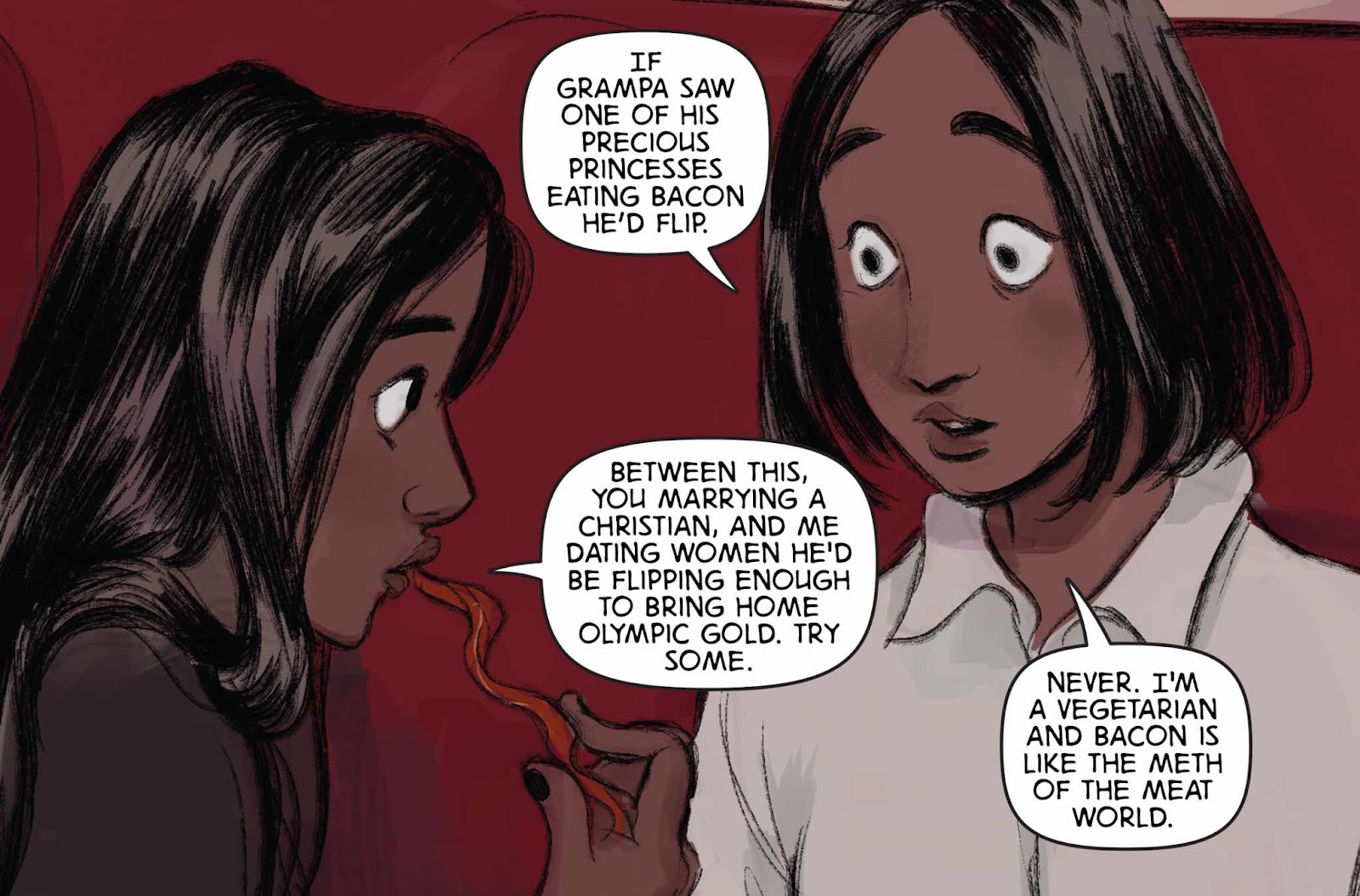 The book then changes pace and Kaylee goes to find ‘Hope’ (a name that is more than a little on the nose?) who she had loved but due to her own insecurities had split with to her regret. I felt that the book then became something else, more of a dreamy love story. Of course (spoilers) the two hook up again and Kaylee decides to live out an end of the world Bucket List. I must admit that I found her choices something of a cliche. She buys a motorcycle, goes on a rollercoaster and buys a bikini. Not sure why but I feel like this sequence could have been more original and I found it somewhat boring. Just nothing there that has any teeth or edge or spike beyond a couple getting back together.

There are also moments where the art, which started so magnificently, got a little rough around the edges and could do with some decent perspective changes and more detail. It just becomes a fairly run of the mill romance story, nowhere near as good as the opening ten pages I’m afraid. It does have an ending of a kind that I wont spoil for those who fancy a read.

You can find Jimmy Curtis on Twitter @JimmyMCurtis You can find this comic to buy digitally here https://www.comixology.co.uk/Last-Day/digital-comic/652074?ref=c2VhcmNoL2luZGV4L3RhYmxldC9zbGlkZXJMaXN0L3RvcFJlc3VsdHNTbGlkZXI