‘The Bugle Boy’ by Alexandre Clérisse. 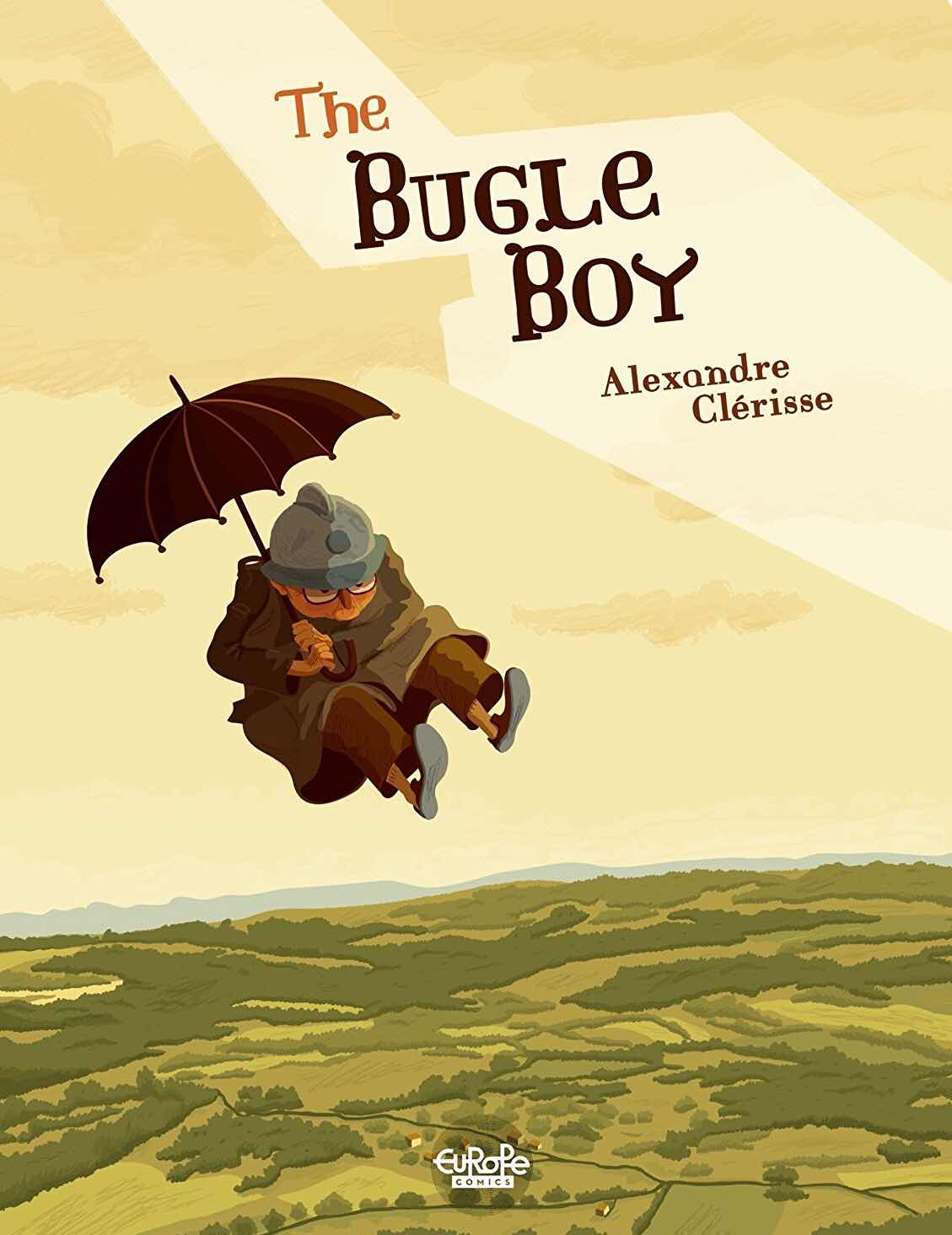 The Story - ‘Eighty-five-year-old Marcel lives alone with his memories of World War II — his short-lived days as a soldier before his capture and imprisonment by the Germans. He's got one thing left to do before he dies: find the bugle he buried by the Maginot Line. When his granddaughter Andrea stops by with her burgeoning rural taxi business, he hops a ride to the site of his regiment's defeat... only to find things have changed. This is Alexandre Clérisse's fierce, tender, and timely rumination on the horrors of war and the lies we tell ourselves.’ 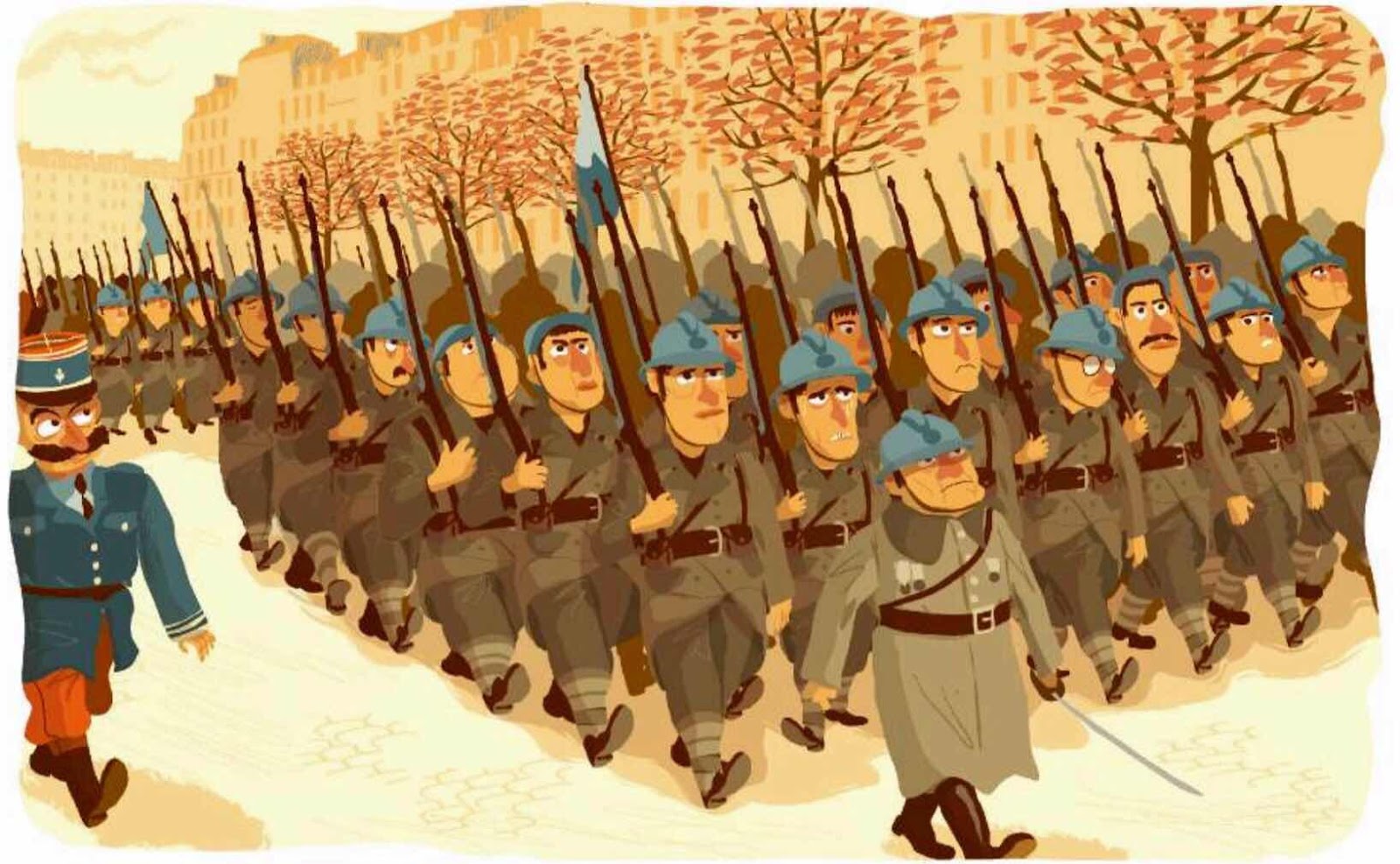 The Review - Taking this review in reverse for a second I think that it’s worthy of mentioning up front that this is inspired by ‘Marcel, whose bugle is still waiting for him somewhere out there’. This is noted on the acknowledgements page at the end of this digital volume. I’m not afraid to admit that these words formed a lump in my throat!

The story itself skips backwards and forwards from the present day to the events in the Second World War leading up to Marcel ‘losing’ his bugle. They transition well and you can follow both the story and themes on show in each section.

This is a book full of heart and personality. Marcel is absolutely the best comics character you will follow around the page this year. He is a man with only his nostalgia and memories of his past, a grumpy, sometimes angry, single-minded, impatient man who doesn’t take well to the superfluous or stupid.  His eccentricities border on the bitter but he retains a sense of purpose, in that he is on a quest to find his bugle, and a little twinkle in his eye that there’s still life in the old dog yet.

And set out on a quest Marcel most certainly does in the tradition of all good classic literature. The bugle is his Golden Hind or his Arthur’s sword. He jumps aboard Andrea’s taxi service unprepared practically but still with a will that pushes him into quite the eventful adventure - just wait until you read the last twenty pages!

This predisposition to just get on with things, even at the age of eighty-five, also leads into the other main theme in this book which is the clash of cultures. Marcel’s granddaughter Andrea is what would probably be called a ‘millennial’ these days but what Marcel might call a ‘hippy’. They disagree and argue but still love each other. He tells her about responsibilities and honour and she tells him that if there was a National Service requirement she would skip the country. It doesn’t stop there, Marcel meets a local Mayor who decides to parade this old soldier in front of a crowd in order to gain currency for an upcoming election. Marcel is too old and wise and bull-headed to fall for any of that nonsense and takes things hilariously into his own more straightforward hands. (I’m trying not to spoil that moment as you really need to experience it for yourself).

This is the world that our hero has grown old into. A world of selfishness instead of selflessness. A world of people who wouldn’t dream of fighting for others and are more interested in their own popularity and virtue signalling lives. But is it all as it seems? What really happens in the heat of a battle? I’ll leave it to you to find out. But what I will say is that war is seldom predictable.

This book was published in French originally by Dargaud.

Here’s a little more about the creator from the Europe Comics website.

Alexandre Clérisse was born in 1980, he first got started in comics back in 1999, fresh out of high school, by experimenting with a number of zines and self-publishing projects. After obtaining a diploma in the visual arts in 2002, he began to gain experience in the field with various illustration projects, including posters, layouts, and other artwork for festivals, cultural associations, and private companies. In 2003, he returned to comics in a big way when he began studying the craft in Angoulême. There things took off, and it wasn't long before he was collaborating on serious graphic novel projects. His first solo project came in 2007, with the engrossing Jazz Club (Dargaud, Europe Comics in English), where his characteristic style already jumps off the page. He followed this up soon thereafter with Trompe la mort, again with Dargaud (The Bugle Boy, Europe Comics). Recently, Clérisse has teamed up with scriptwriter Thierry Smolderen to produce two other spectacular and award-winning graphic novels with Dargaud, the otherworldly  Atomic Empire (IDW for the English edition, 2018) and the psychadelic Diabolical Summer (IDW, June 2019). He also has an all ages seek and find book on cinema, Now Playing (Chronicle Books, 2018).