‘The Cosplayer That Doomed Earth’ from Dan Harris. 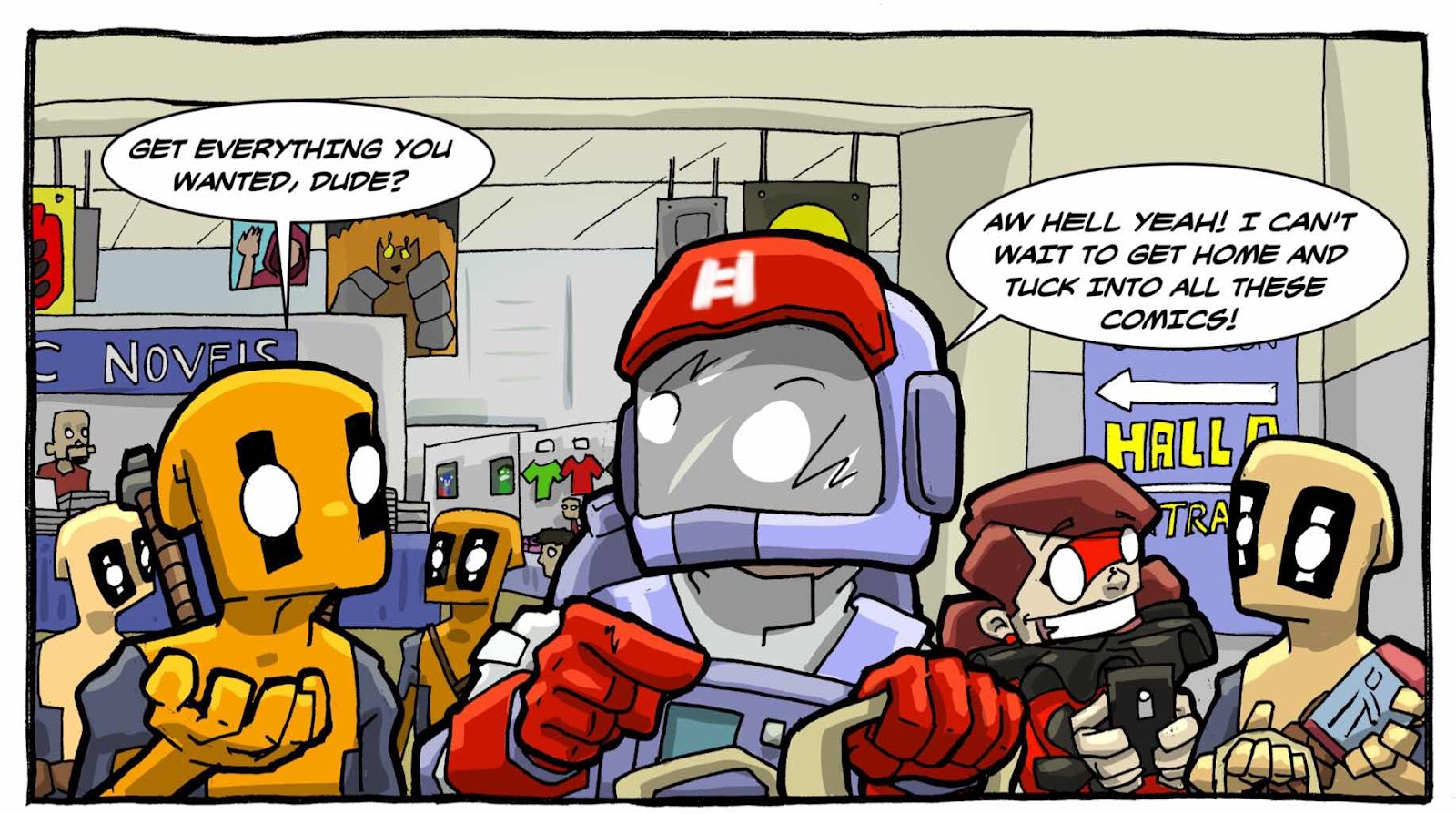 ‘The Cosplayer That Doomed Earth’.

The Story - The young Griff was bought the Captain Aequitas Mega-Drive video game on his thirteenth birthday. He immediately knew that it was the best thing ever. Years later and during the still current cosplaying boom he decides to make his own replica costume and attend ‘Comic Con’ at East London’s Excel Centre. He goes there with his best friend Lee and meets up with Rod, Todd, Hugh, Lewi and Frank who are all dressed up as ‘Deathpolls’.

The day goes smoothly and they pose, purchase and eat their way through their trip out. But then something unexpected happens.

A genuine flying saucer hovers over the convention centre. Not a practical joke, a hoax or a movie promotion this is the real deal.

That’s when the story really explodes!

The Review - Listen, I’ll read anything that lampoons cosplayers. What made this more appealing was that it has been created by Dan Harris. I have to admit that I almost ruddy screamed with joy when the gaggle of ‘Deathpolls’ met their end. Who hasn’t wanted to brutally murder screeching attention seeking ‘comedy’ Deadpools from time to time in real life?

Dan Harris litters the backgrounds with jokes. We see pot bellied Batmen, annoying and aisle blocking Warhammer costumes, desperate Z List ‘celebrities’ at their lonely tables and more. There’s even an off hand reference to an actual cosplayer buying comics that due alien interference isn’t actually realised (they always have an excuse - ‘no pockets’ or ‘I’ll come back later’.) The ‘Comic Con’ environment is ripe for lampooning and Harris does so with aplomb.

The art is cartoony and stylised and you can see that this creator has a background in animation and really knows what he is doing. His people are wide-eyed and emotively melodramatic. They suffer a little from all looking very similar (often with a story lead purpose) so hoping that the arrival of a certain group of characters at the end of issue one changes that. There are also a couple of panels that seem to have some pencil lines left on them that could do with a digital brush up. His settings and dialogue are done with comedic broad strokes that land excellently. If anyone has visited the Excel centre for an MCM or London Super Comic Con they’ll recognise the outside of the building immediately. 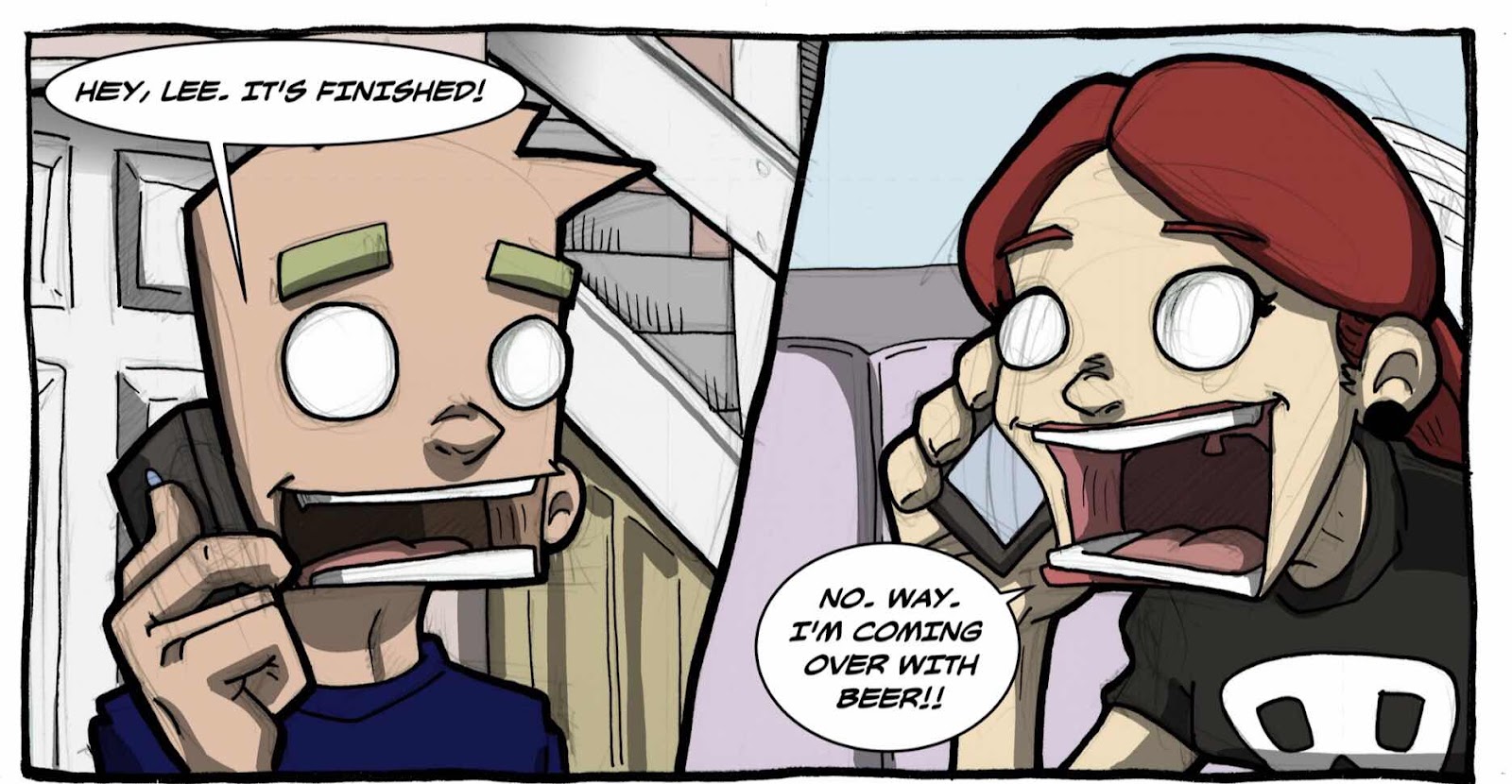 This is a well drawn and sharply dialogued page turner of a comic. Dan tells me that issue two is now drawn and issue one is currently available through his Patreon account for subscribers only sadly (details below). There are plans to release this as a hard copy comic as well as the second issue which is almost complete. I really hope it gets a wider distribution beyond the Patreon account because it deserves it.

Done with great humour and genuine affection It’ll put a smile on your face. 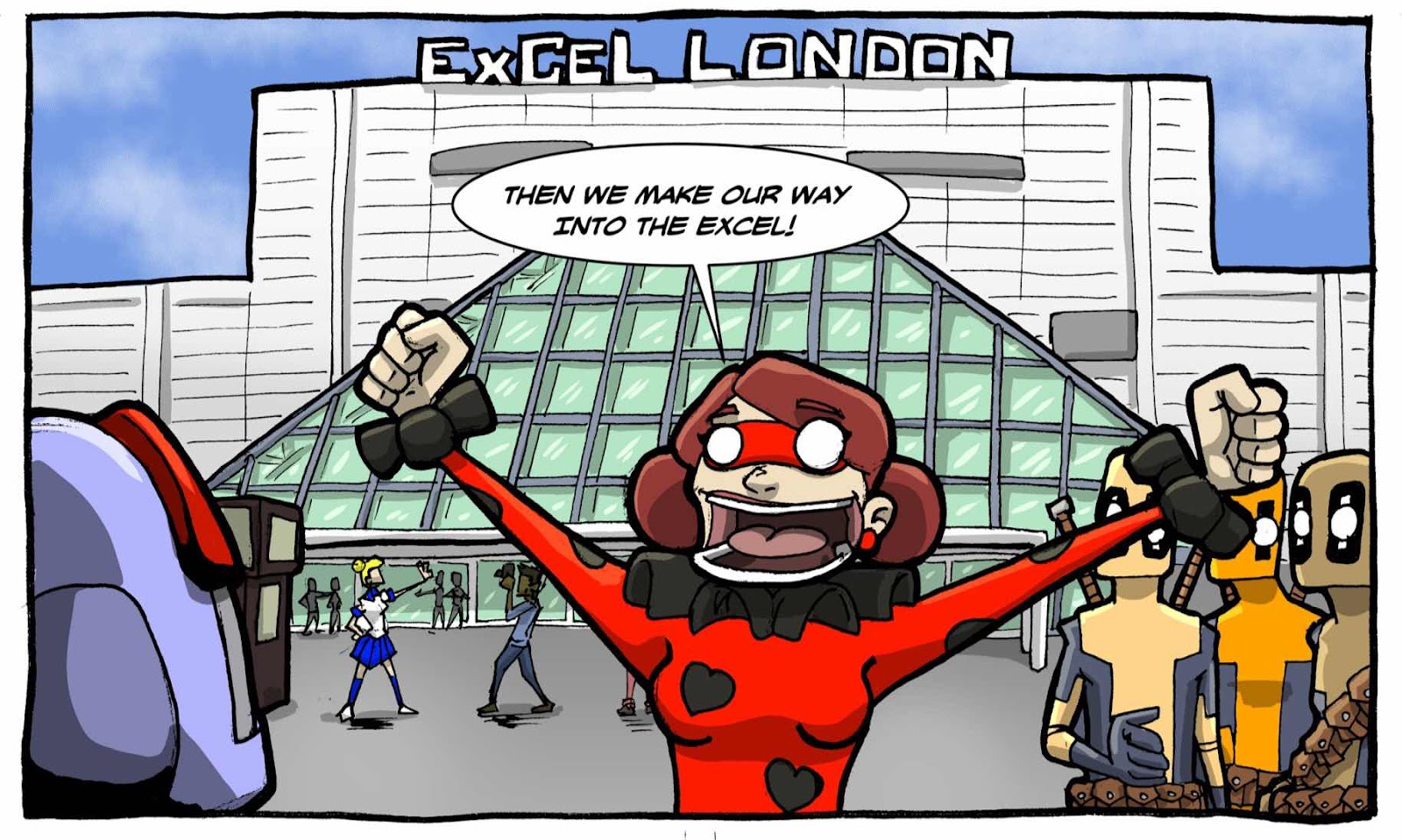 You can find more about Dan Harris by subscribing to his Patreon feed here   https://www.patreon.com/DanHarris

You can find great art for sale from this creator by visiting https://www.etsy.com/shop/pencilpirates