‘The Solitary Divide’ by Lisa Nguyen. 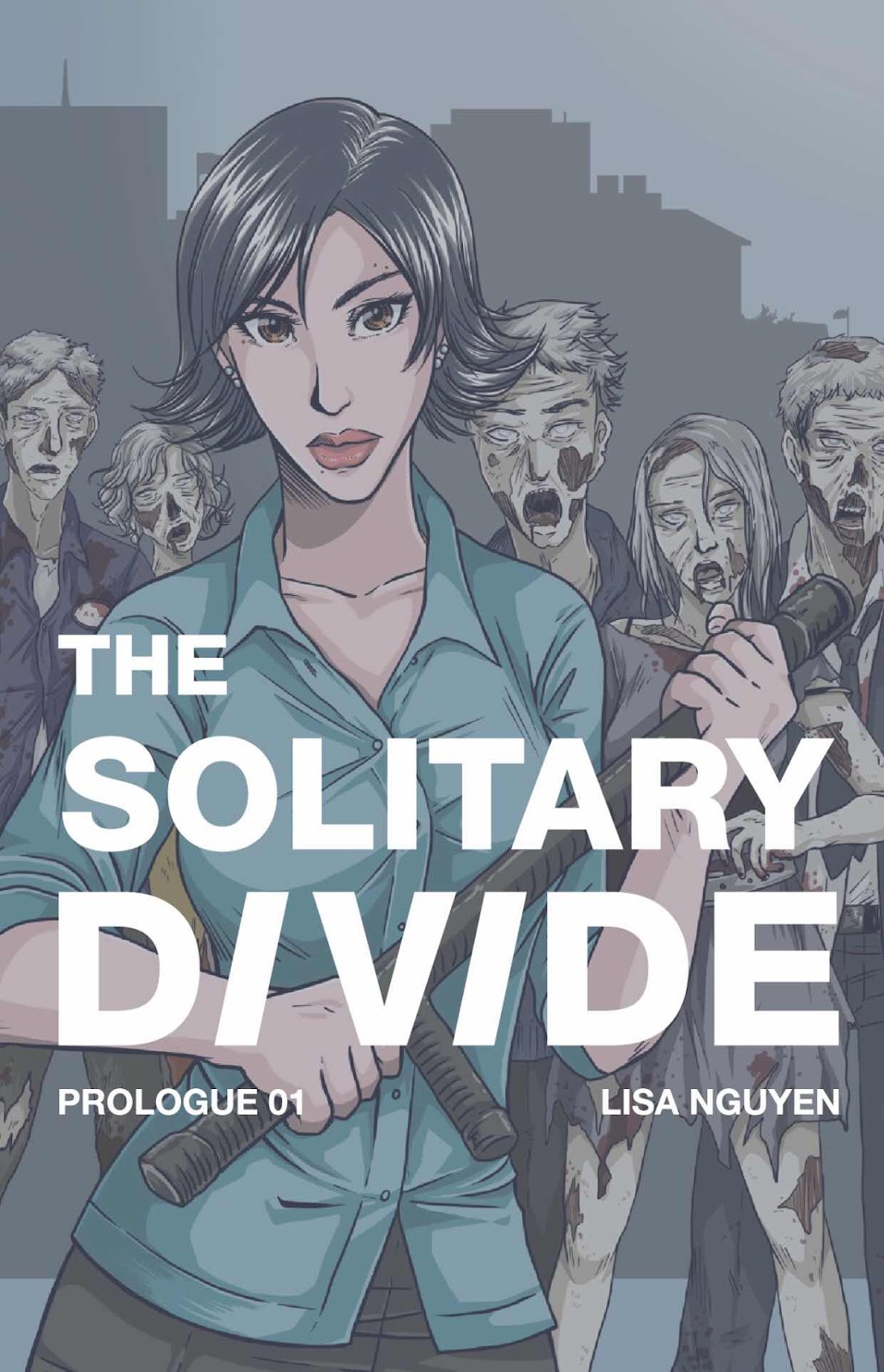 Art and Story by Lisa Nguyen.

(Originally presented as a webcomic at  http://solitarydivide.com ).

The Story - ‘Alex woke up from one nightmare only to be involuntarily thrown into another. The dead are now roaming the Earth, and she has lost everything and everyone close to her. While others insist that there is strength in numbers, she believes differently. Alex must now learn how to live in the new world and how to utilize survival skills and prepping techniques while coming to terms with her former self.’

The Review - I came across this on the Comichaus tablet application. It’s a recent addition to the Small Press Comics library that sponsors the podcast I’m on with Vince Hunt and Dan Butcher. As part of the community that is building up around this comics delivery system the Comichaus app encourage reviews. So here we go.

This is a comic that has it’s origins in an ongoing webcomic. The webcomic has been running since last year and is now into the second ‘Prologue’.

From a design point of view I would say that the multiple uses of the cover image on the following two interior pages was a stylistic and design mistake. It makes for quite a boring series of pages where other newer pieces of art could easily have been used. It also feels like there is an element of padding going on? 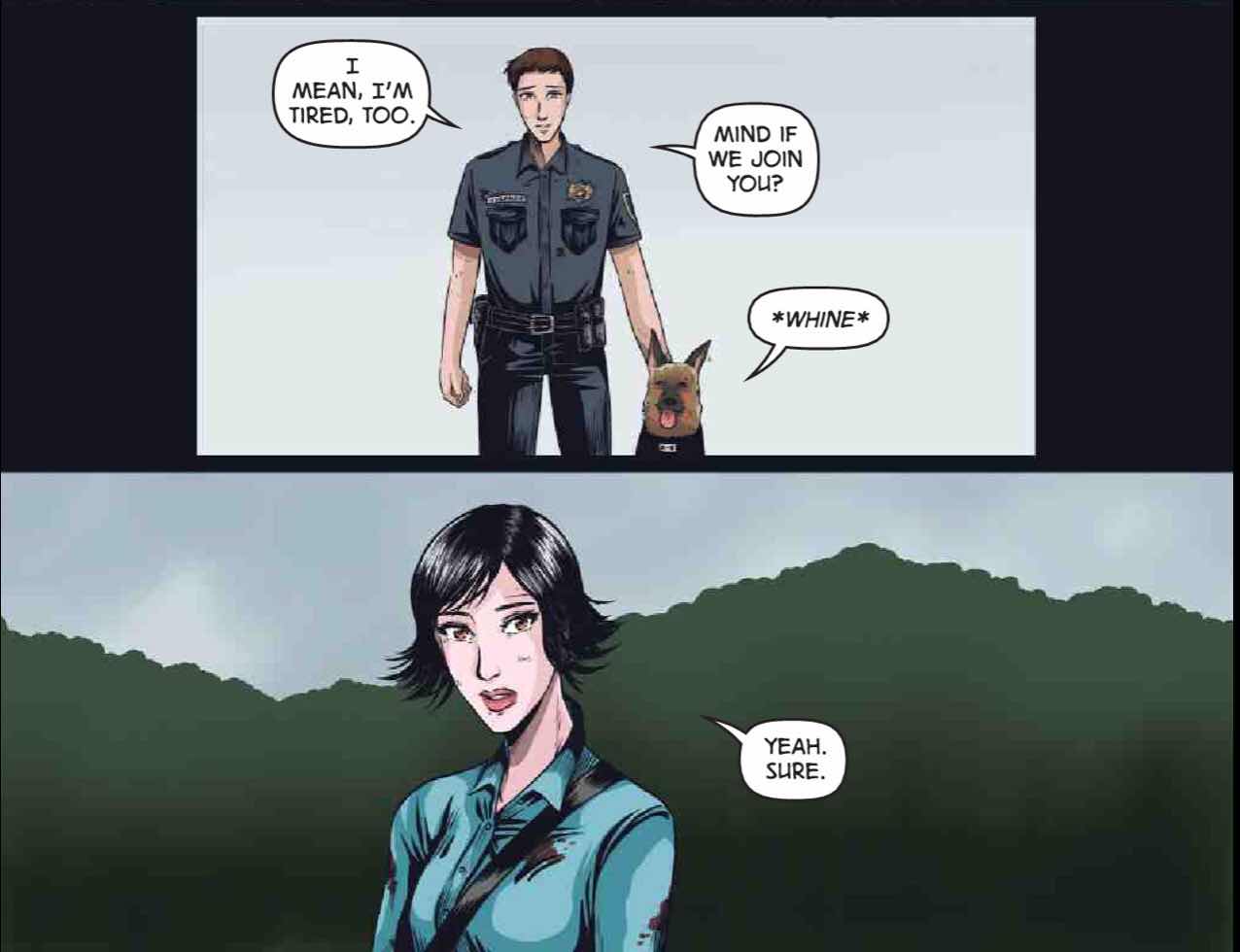 I don’t think anyone would disagree with me when I say that ‘The Solitary Divide’ is a very short read. I have to be honest that I didn’t find the characters engaging (yet) and found that they lacked depth to the point where even in the most extreme circumstances I found them boring to read about. An example would be the explanation given for Alex and the Officer Murphy character joining forces later in the book seemed totally unconvincing and rather sudden. 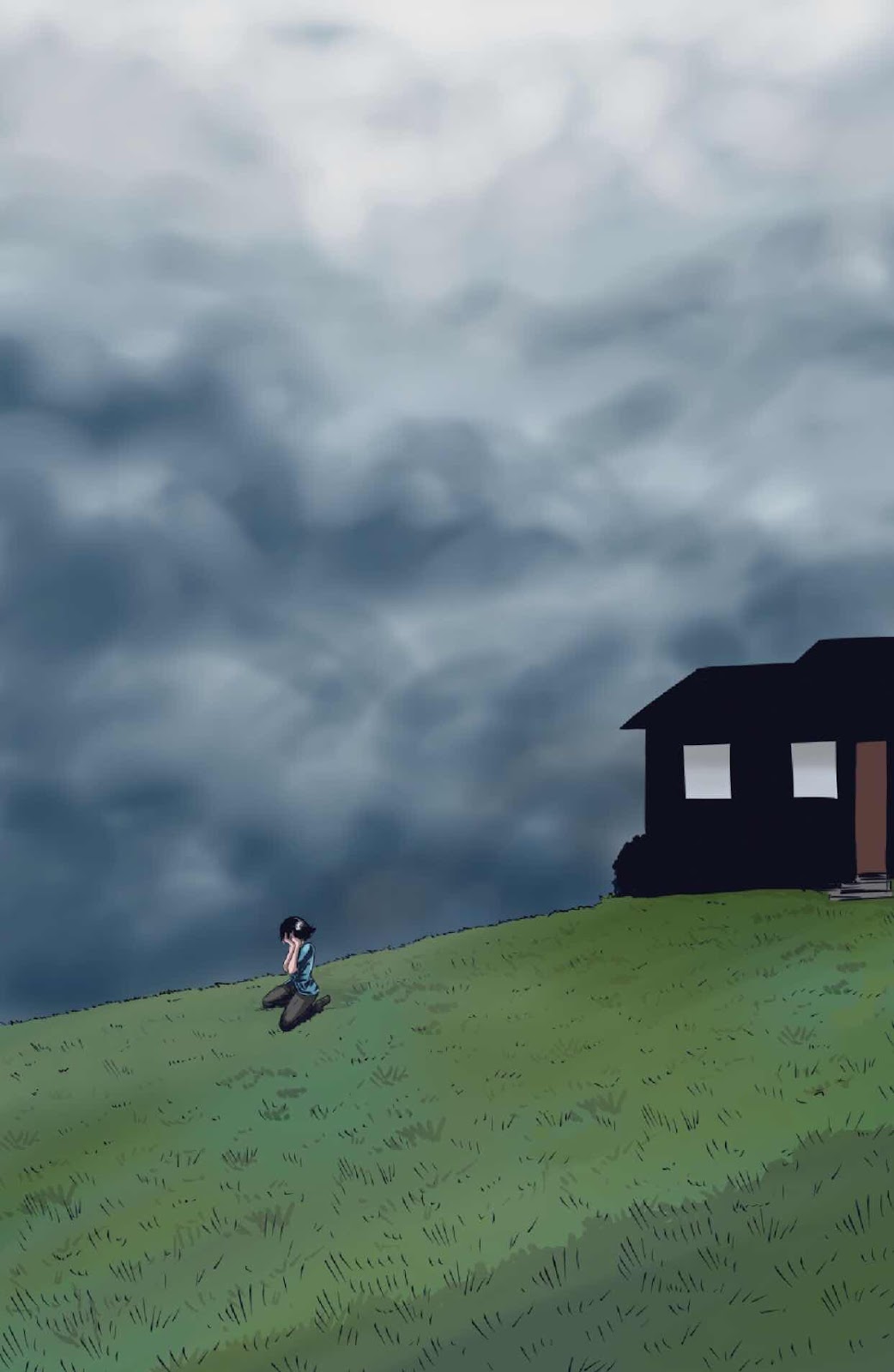 As I carried on through the 29 pages of comic I began to wonder when the personalities where going to start emerging. Don’t get me wrong there are quite a few big events in this comic including the deaths of parents and children but they are dealt with quickly and without resonance.  There is an attempt at this on one page which does show Alex sitting on a hill on a splash page that seemed there (again) just to pad the issue out and is one of the least rendered pages I have seen in a long time. But everyone has so little to say and is drawn in exactly the same way from page to page I have zero interest in who they are and what subsequently happens to them. 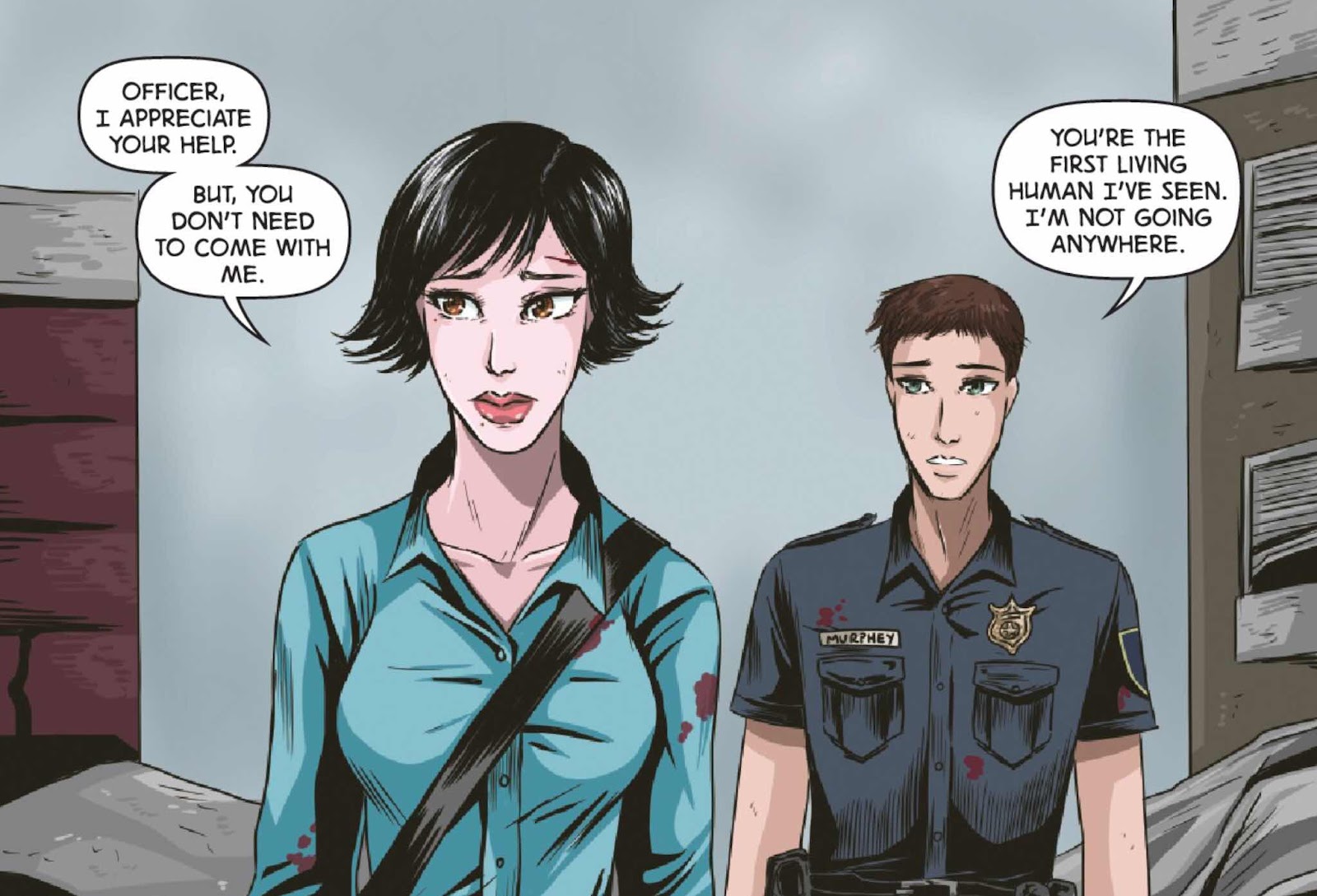 On to the art. There are far too few panels to flesh the action out and those that are there seem unconnected and create sudden changes in mood, direction and narrative intention. There are also many of these pages that have zero background. Sure that may be a stylistic choice but a background can add significantly to the story by adding a sense of place and mood. Many of the faces seem to be the same face with a couple of tweaks. Officer Murphy would look exactly like our heroine Alex if you gave him a wig and lipstick. Some effort preparing character design sheets might assist in this. (They are so similar that I wondered if I was missing a story beat where we find they are clones or siblings).

The dialogue really doesn’t flow at all and is stiff and often just merely explanatory. I think the creator could do with fleshing out each element of the story much, much more and add to conversation, setting, visuals and designs. There is really not enough here at all. It has a feeling of what it is I suppose, an amateur webcomic transferred into a comic book style format.

This webcomic has been running since September 2018 and I can see that in the more recent pages there has been an improvement. I’m not a fan of the re-do but maybe this should be the exception. Go back and add what you’ve worked out to the earlier pages.