‘War of the Realms: Punisher 1 of 3’ published by Marvel Comics. 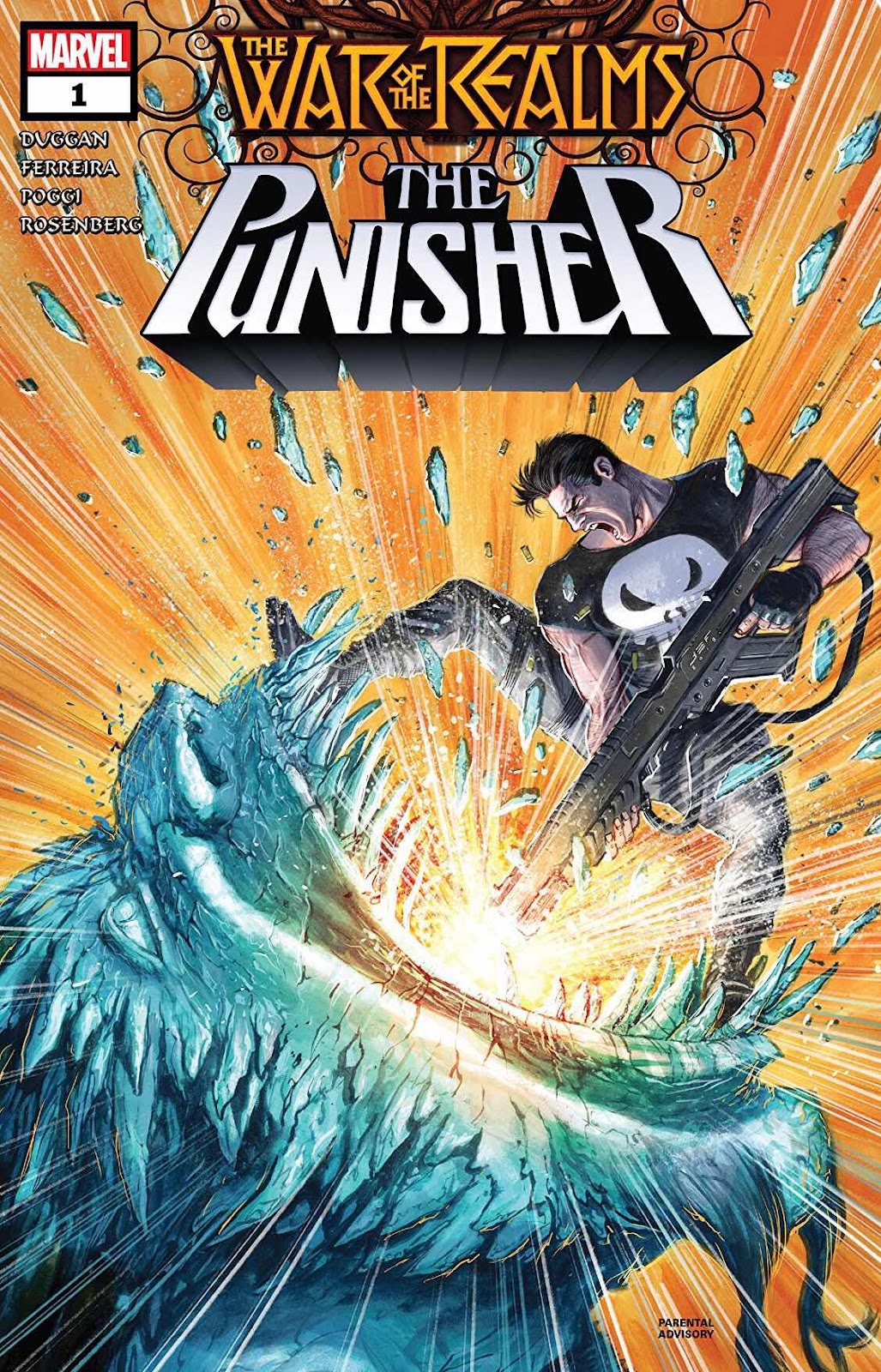 Variant Covers by the following:

(That was quite exhausting!)

(Just for a change I thought that I would tackle a book from the Big Two.)

The Story - ‘The War of The Realms has brought monsters to the streets of New York City, but New York has a monster all its own…Frank Castle, A.K.A. THE PUNISHER! And he’ll be damned to Hel if he’s going to let a bunch of Ten Realms tin-pot tyrants terrorize his town. But given he’s one man against an army of monsters, Hel might soon have him! The War of Realms is about to meet Marvel’s One Man Army. Expect Punishment!’ 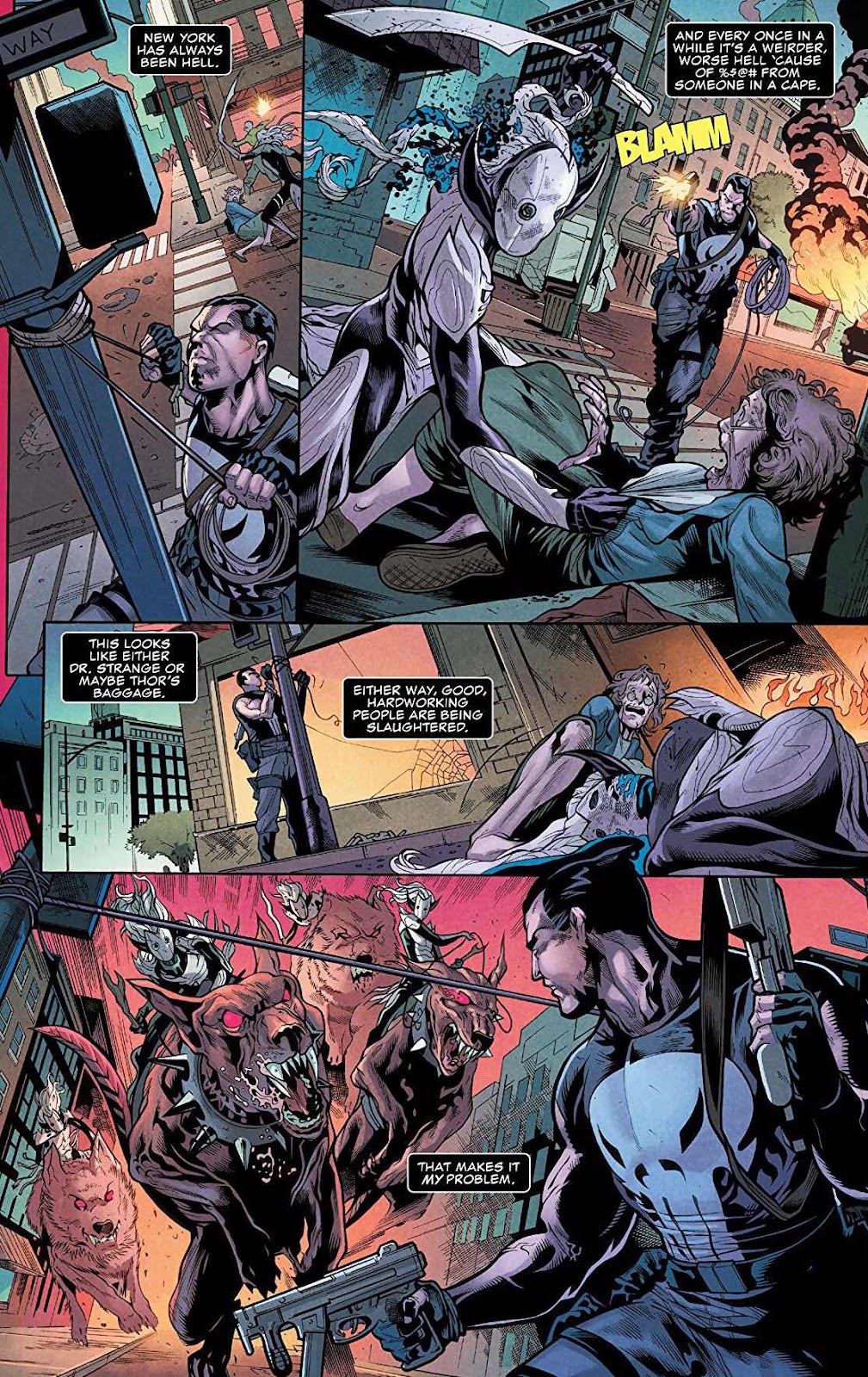 The Review - First off the price. This comic was £2.49 on ComiXology and more in it’s physical form. Sure, I hear you, this is the current ‘going price’ for Marvel Comics. What it is really is about ten and a half pence per page on paper so thin you couldn’t wipe your arse on it. With paper quality that you can’t angle it correctly to stop light shining off the surface and obscuring the actual comic.

It’s published by Marvel. You know them right? The ones with the multi-billion dollar movies? The ones who seemingly couldn’t find a moment to advertise the actual comics that produce this industry and buys disgustingly expensive sports cars and unconvincing wigs for people who have a problem saying more than two lines of dialogue at a time?

Come on people! Would it kill one of your babied actors to do an advert for the comics? Or maybe just tell people how much they owe them. Or even just be seen reading one? (Other than Samuel L - he’s a dude!) 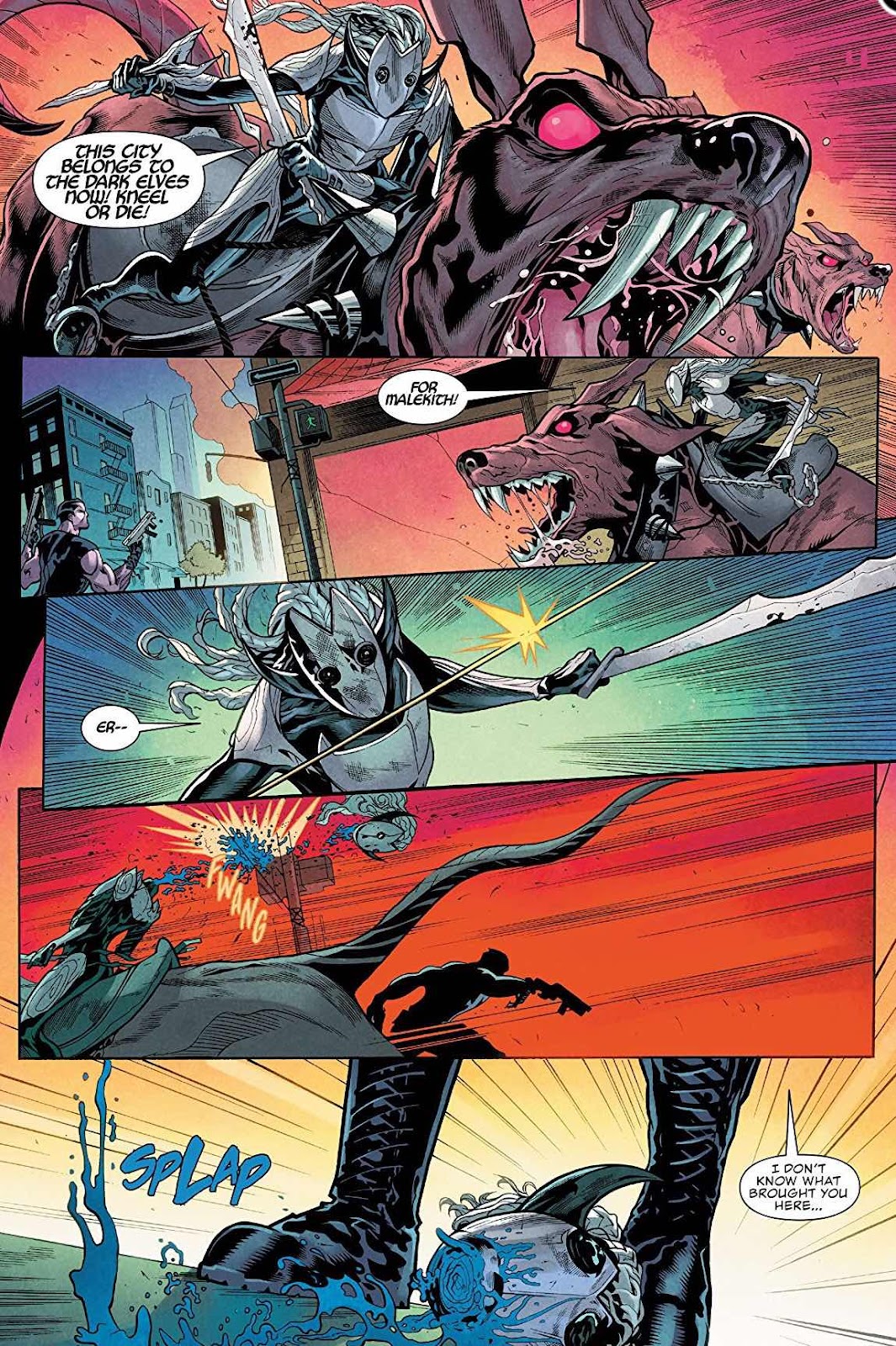 For those wondering what this War of the Realms main event is all about you can keep wondering. I genuinely stopped caring before I opened the cover.

The actual contents of this mini series ain’t that bad. I had a blast with this comic and always relish a story where the writer seems to understand what the character is all about. It opens really well with Frank entering an old school music store and asking for ‘Piano Wire’. The confused staff ask what kind of piano The Punisher owns, he makes a face and they fetch it for him. He then uses it to defeat invading demon hordes from the main War of the Realms series.

The story doesn’t really stop from that point onwards. That violent pragmatism of Frank’s is played to eleven and he makes use of (most) of a bus of prisoners being transported between court and prison to help get hospitalised New Yorkers to safety. These prisoners initially shit their pants when Frank walks onto the bus and the artist slightly oversteps the elements of comedic caricature on their faces. Not a big problem but it just ruins the tension and rate of pace ever so briefly. 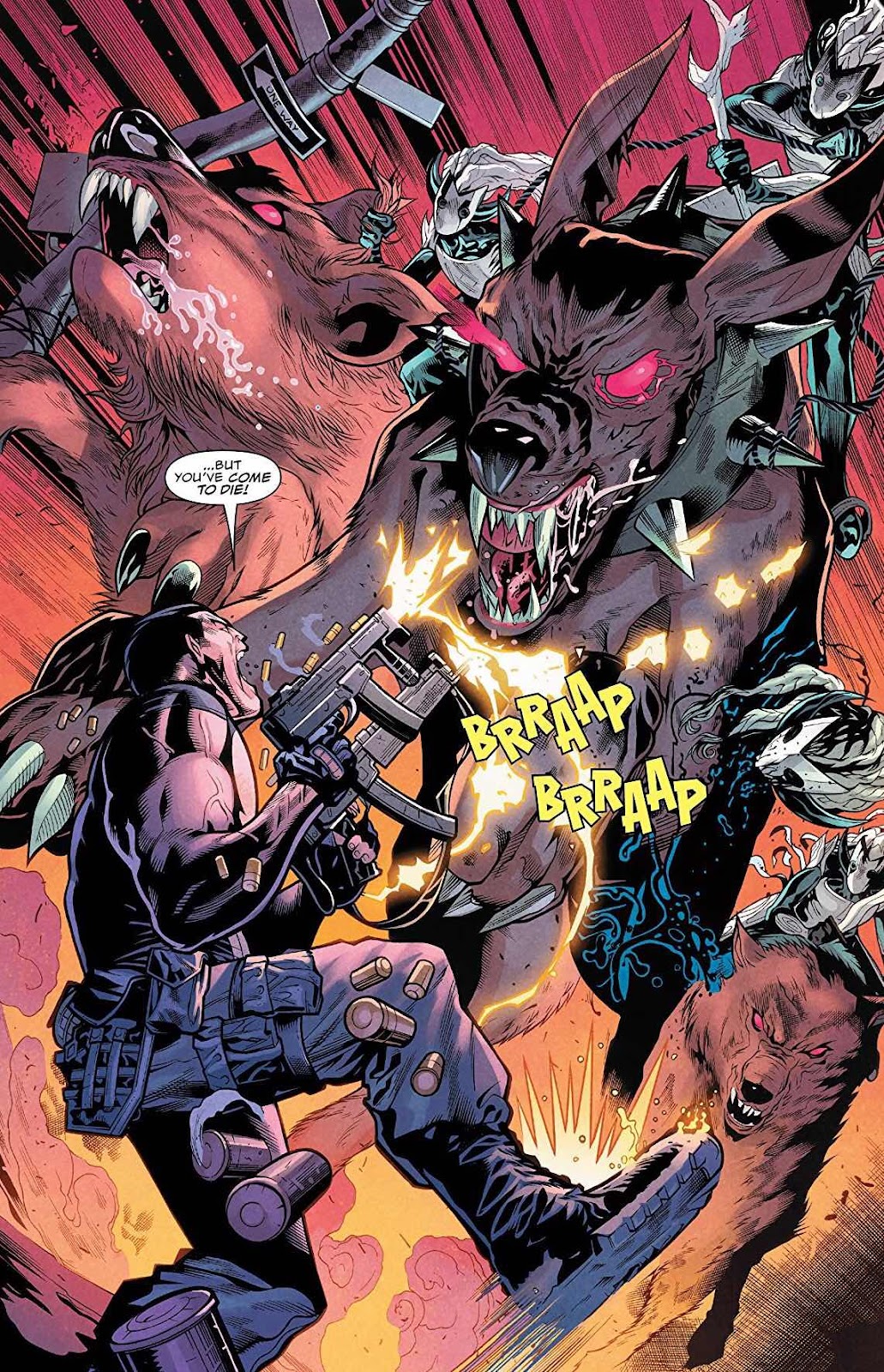 The battle scenes are nicely realised and come off successfully like a war on the streets of New York. That sense of Frank possibly failing in his mission at this point to me is present throughout the issue and that adds to the break neck drama.

Duggan writes this breathlessly and I loved reading this side book more than the main story. It crackles along with maximum action.

The art from Ferreira works well and tells the story making use of some great wide lens moments. His facial acting could do with a tweak here and there but he draws some great monsters.

I’ll definitely be reading the next couple of issues. Well worth a look. It’s a shame that it’s only three issues and that it has that ‘side project’ feel to it’s pages and the fact that well probably have forgotten all about it in a year’s time when the next cosmic event is in full swing.

I really feel the pressure of having to buy all these issues!