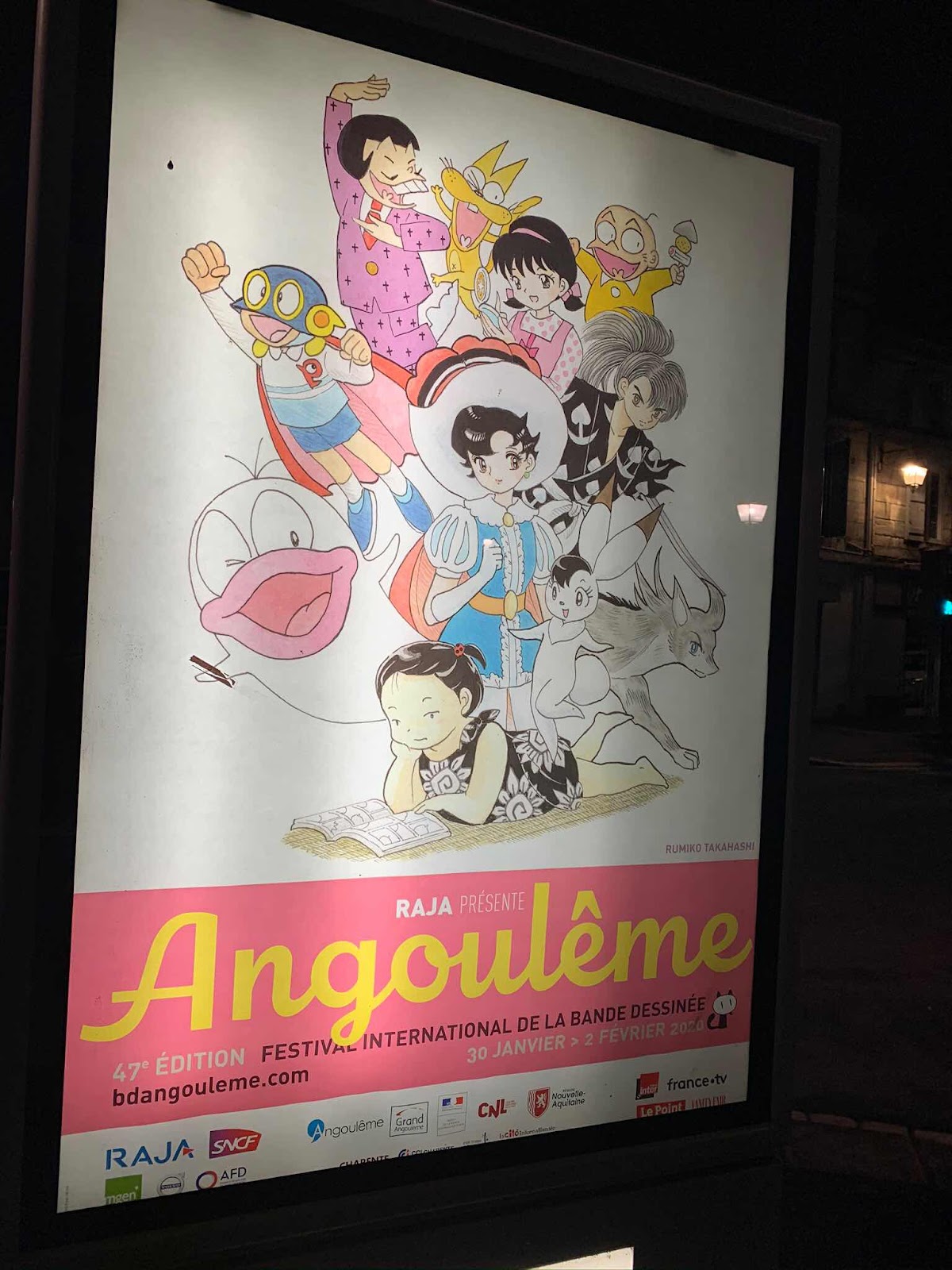 As part of my role at Nobrow I was invited out to Angouleme with my boss Sam Arthur. It’s always been a dream of mine to make this pilgrimage to the holy BD event but I’ve always hesitated because of the lack of hotels or places to stay. This was solved by a contact of the company, the lovely Katherine, who rents rooms out locally for the festival.

This is just going to be a short piece that I’ll scatter with some photographs of the town and books I saw/bought. I wish I’d driven a van out there as I would most certainly have a van load of books to bring back. 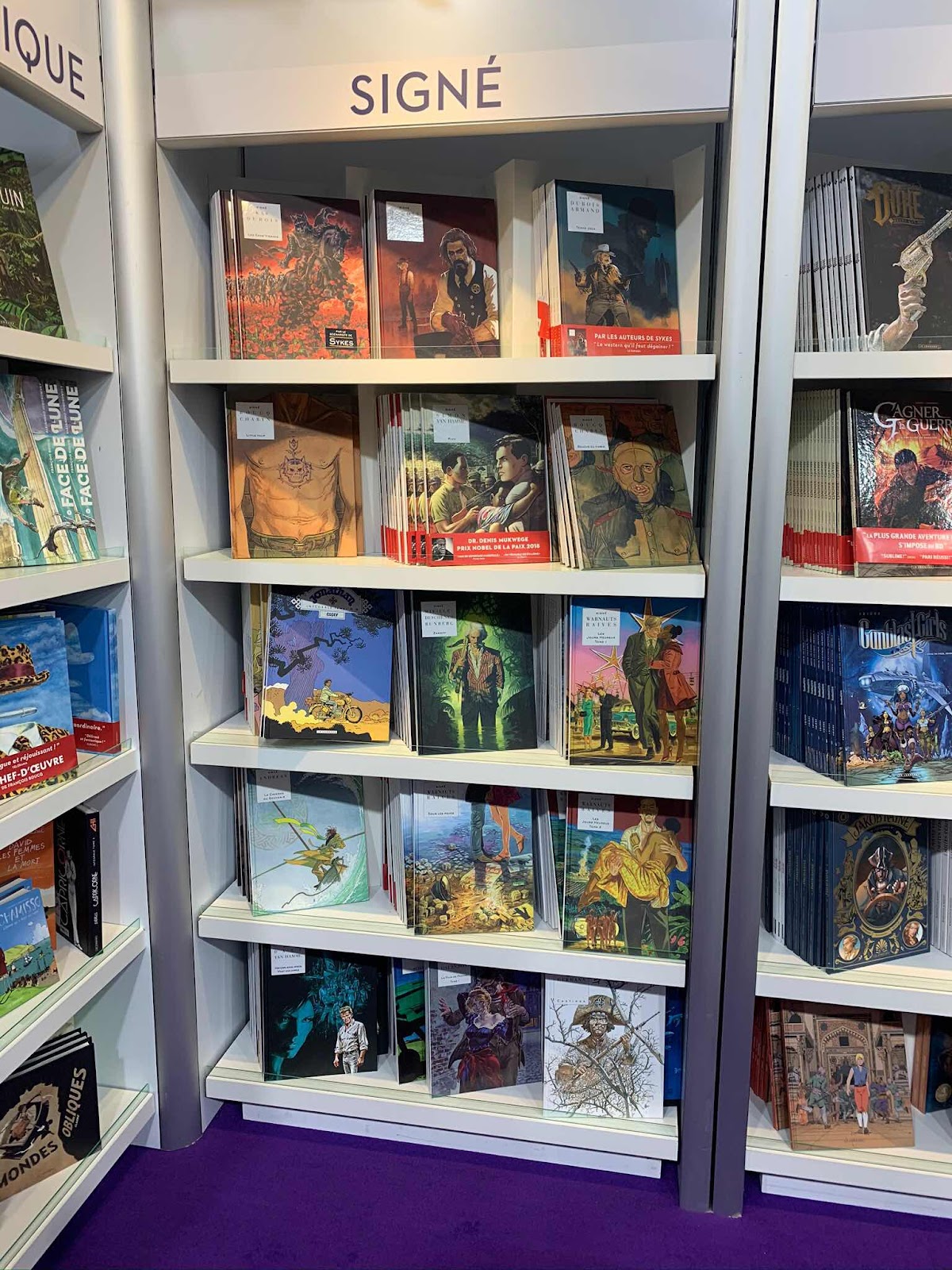 We travelled out by Eurostar to Paris and then jumped on the Bordeaux bound local service and exited at Angouleme. For those who haven’t visited the town and are expecting a quaint village I can tell you that it’s a much bigger place than I personally expected. From what I saw the town is around the size of maybe a Worcester or a Dundee and has a thriving shopping area, an abundance of great restaurants and loads of historical sites. In fact the town is situated on a steep hill and at it’s top is a fort style arrangement with gorgeous spires and battlements. I spent the odd spare ten minutes staring out over the landscape from Angouleme’s highest points. 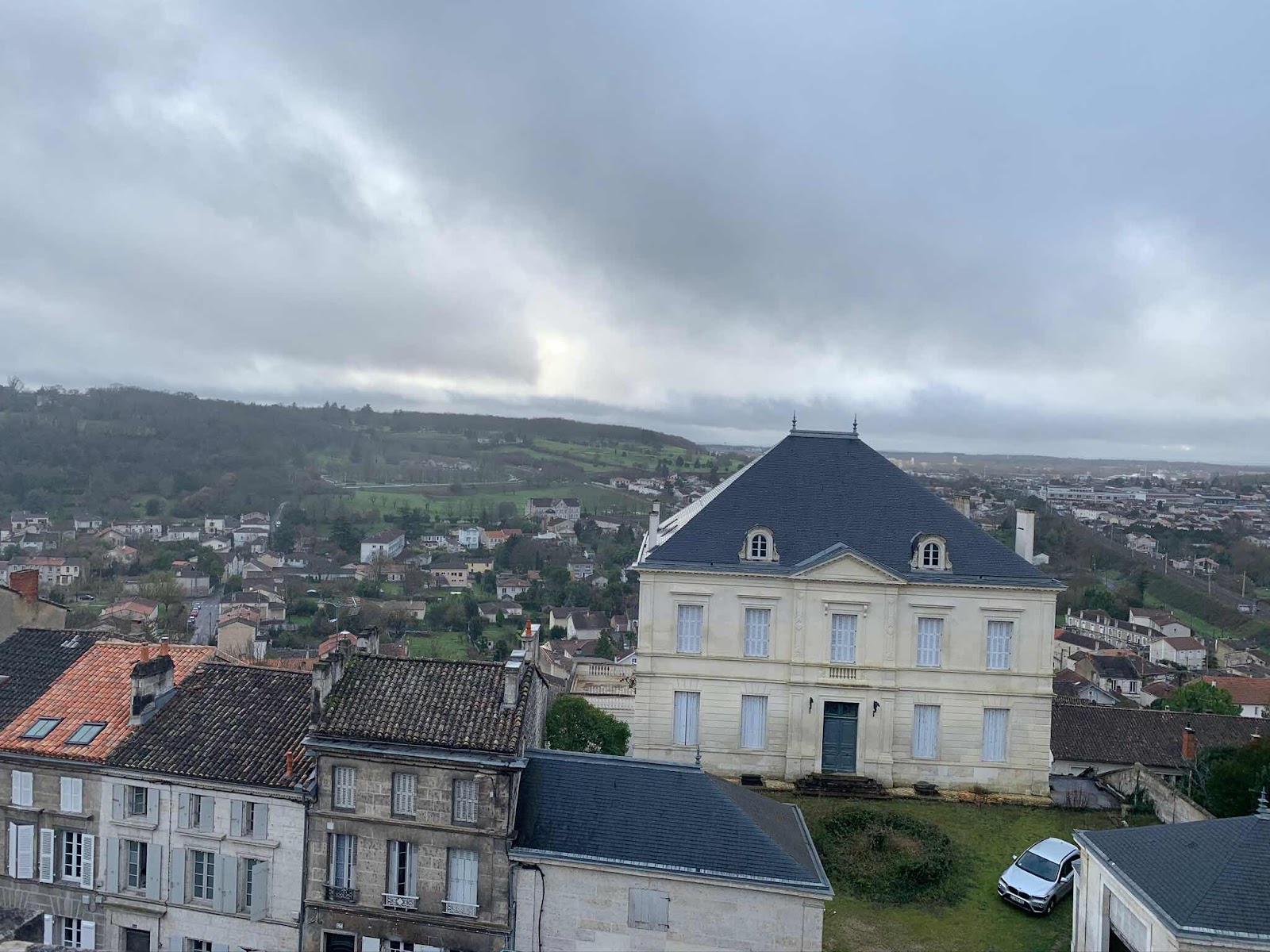 The French take their comic seriously and not only is the town the host of this yearly festival but also of the permanent BD Museum. This year part of it’s exhibition was about that adventurous scamp Hilda. Myself and Sam took a tour and they have done an amazing job of making the experience a 360 degree vision that’s perfect for the legions of families and school trips lined up waiting to get a ticket. 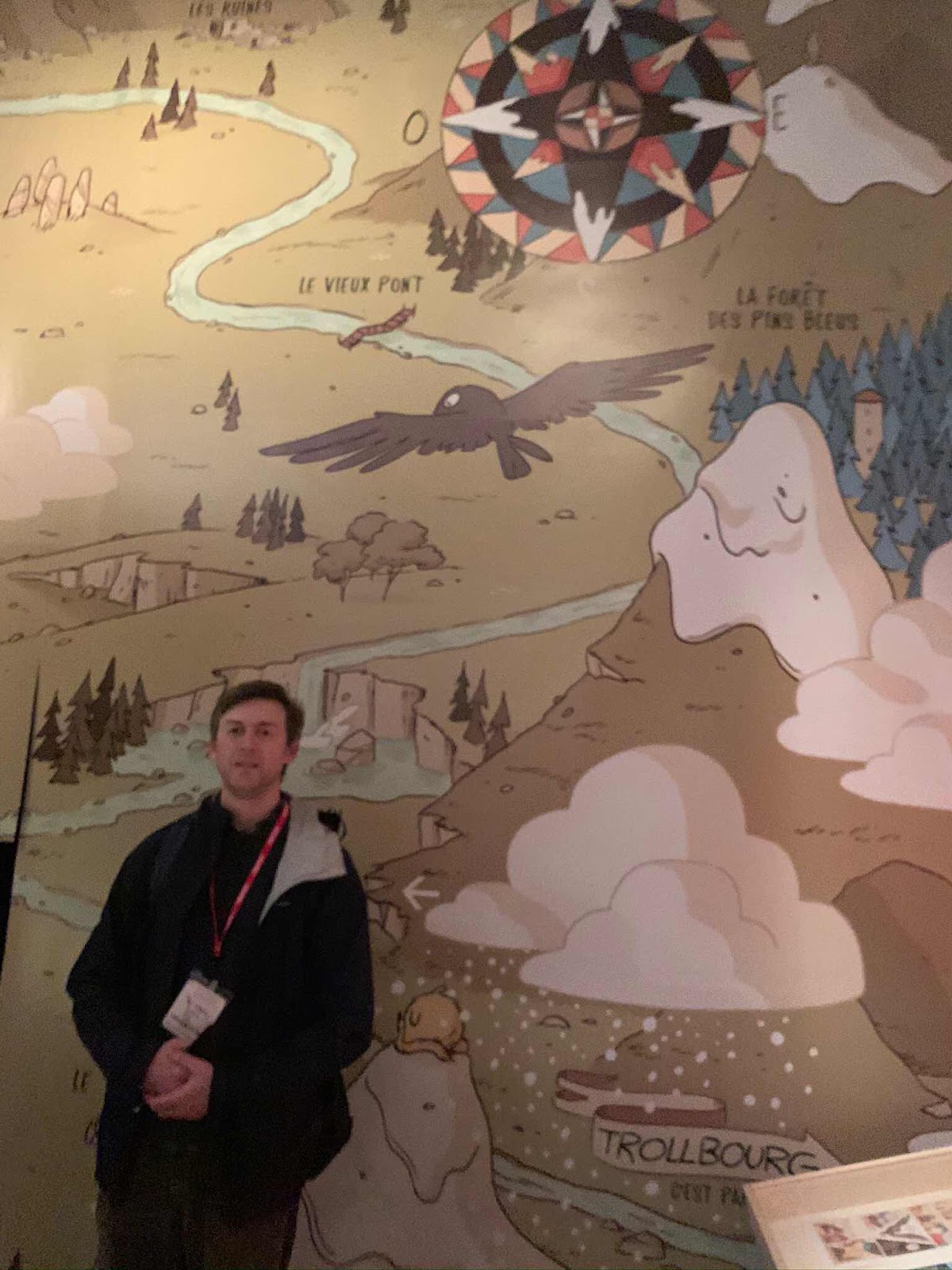 (Sam in the Excellent Hilda Exhibit - included for scale!)

We arrived on the Wednesday night but the festival in main takes place between the Thursday and Sunday. The venues are spread out across the town in huge tents the size of the hall at Thoughtbubble. The main publishers venue had within it separate builds for each of the main publishers. The likes of Casterman, Dargard, Soliel and more had actual shops built into the umbrella building. They presented shelf after shelf of comics as well as images of their long-running and popular series on huge screens and posters. Alongside these shops where long series of post office style counters house the talent who sketched and signed and chatted all day long. 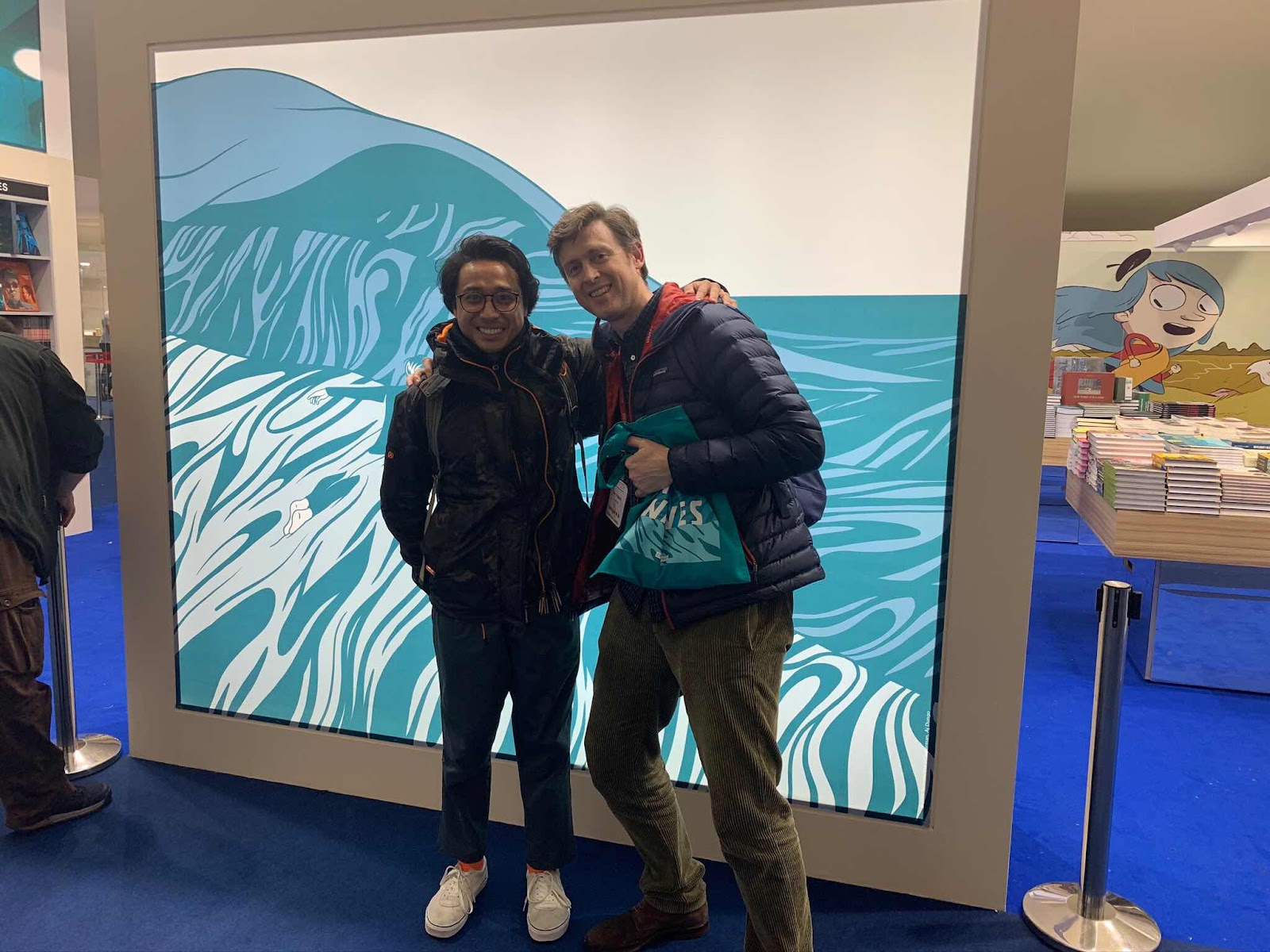 (AJ Dungo with Sam Arthurs outside the Casterman shop).

Other tents included a tent that housed the smaller publishers and some small press creators. One that housed the back issues and original art sales. A manga tent. A ‘Rights Building’ where all the high level deals were done between publishers and with tv/movie studios. There was also a tent that catered to workshops and an exhibition for kids. The streets are lined with banners and signposts for the festival and there is even a tannoy sytem set up in the streets to let you know about events, signings, exhibitions, opening and closing times etc. 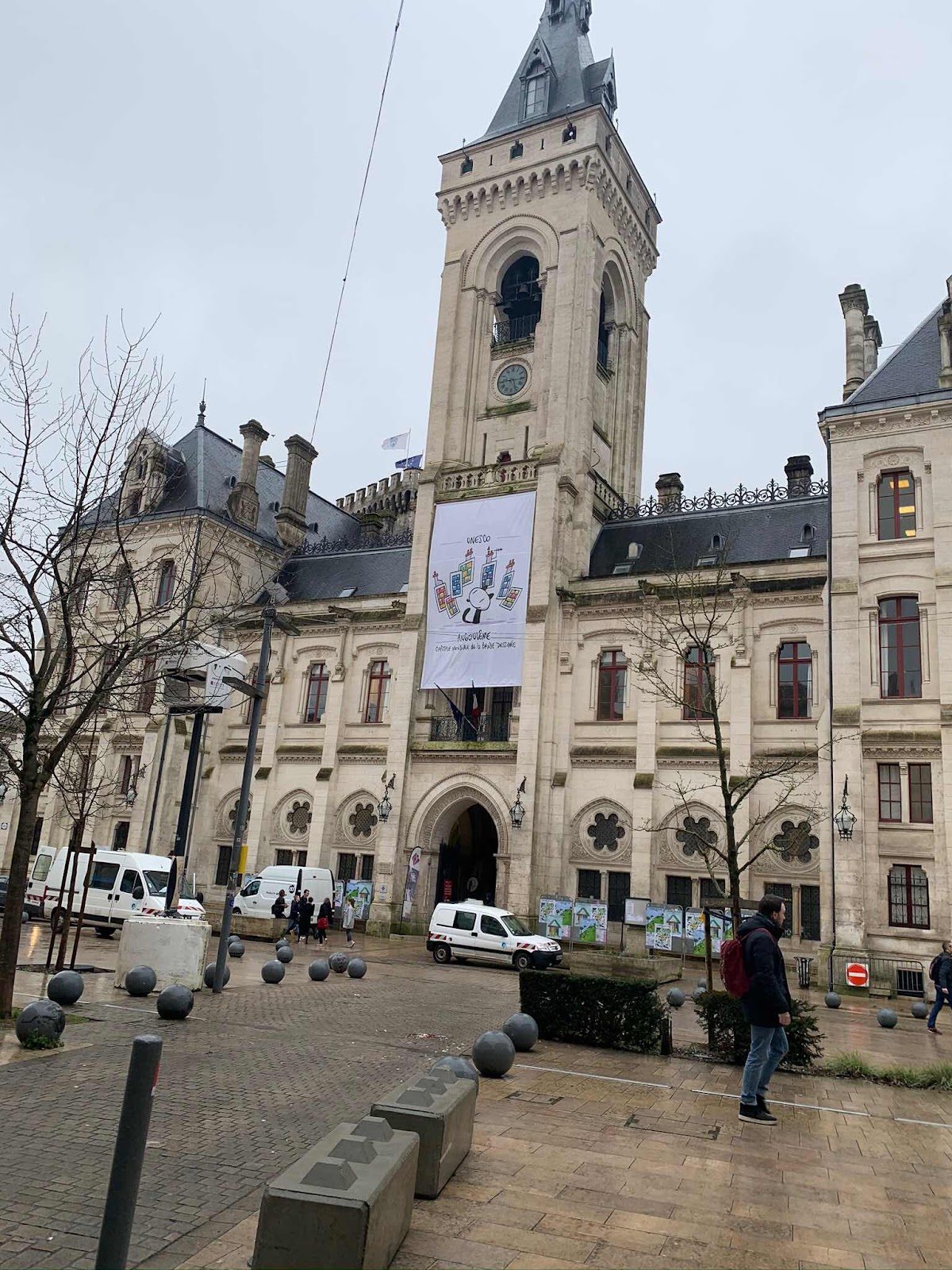 Beyond the above you had at least eight major exhibitions with as varied subjects as a retrospective on Wally Wood, Robert Kirkman and The Walking Dead, the work of Grand Prix nominated writer/artist Katherine Meurisse and many more. Many of the small shops housed smaller exhibitions as well as some great window art, there were stalls and indoor markets selling tatty back issues and even the optician next to my B&B had Asterix comics and figurines in the windows.

I saw only one stall selling Funkos (shame on them) and I saw one Deadpool cosplayer - so you can see why I enjoyed the event so much. 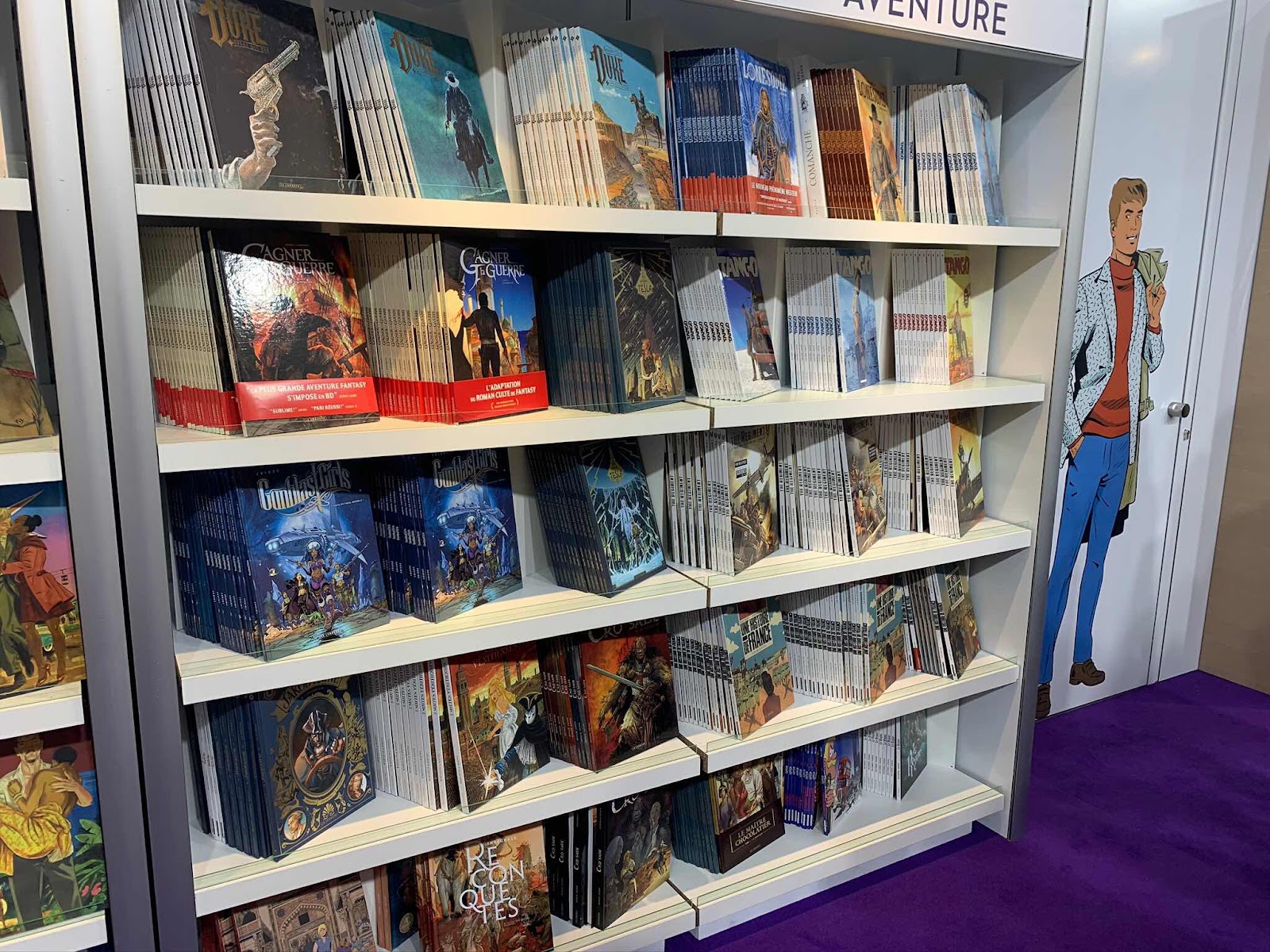 This year there were forty-two books in the official selection and they included ‘In Waves’ by all round top dude AJ Dungo. Having your book listed like this is a big sales boost and not just within the comics community but to the general public. I had dinner with AJ at the Casterman event on the Friday night and he had been signing all day and selling hundreds and hundreds of books - no exaggeration!

It’s a credit to the popularity of the event that even President Macron turned up to have a look round. The French being the French immediately satirised his attendance and also mounted a peaceful counter-demonstration. I can’t really see Boris Johnson or Donald Trump turning up at the MCM can you? (Maybe in a few years to sign autographs for £10 a time?) 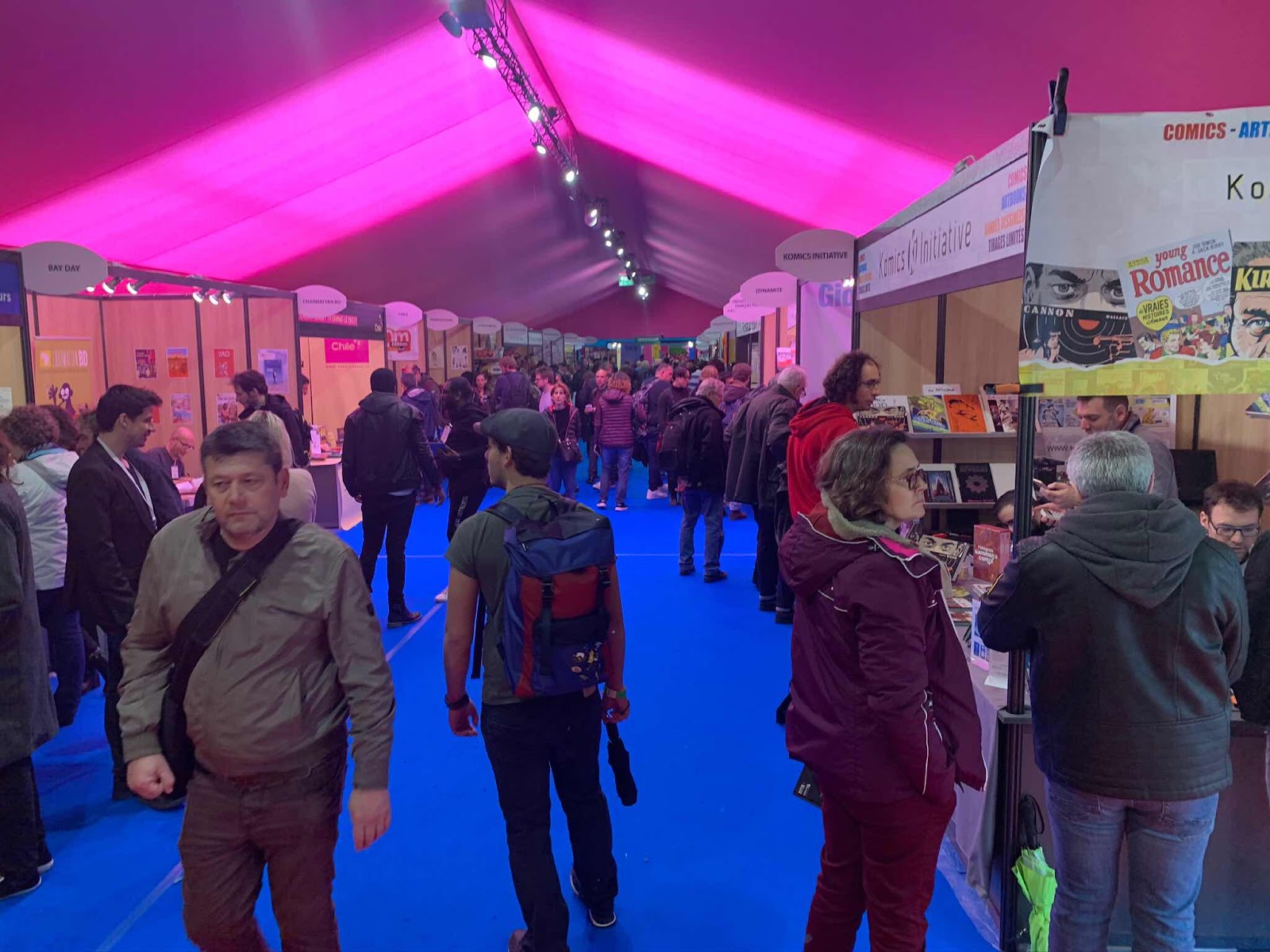 For those new to attending it’s worthy of note that its the town’s main (and only?) hotel The Mercure that hosted the majority of the big meals and cocktail parties. This is where all the big guests are put up and the power deals are discussed. I was there with Sam, AJ, Jon McNaught, Irina Polianina (Europe Comics) and Keith Richardson (Rebellion and 2000 AD) to commiserate the moment the UK left the European Union. The bar is festooned with comics posters and display cases of albums as well as a revolving AV of popular books over our heads in the bar. Beyond my above drinking buddies a little shout to Nazeli (Europe Comics), Chloe, Amy and Steve (Thoughtbubble), Enrico Marini, Lewis Trondheim, Chris Staros and everyone else who chatted with me. 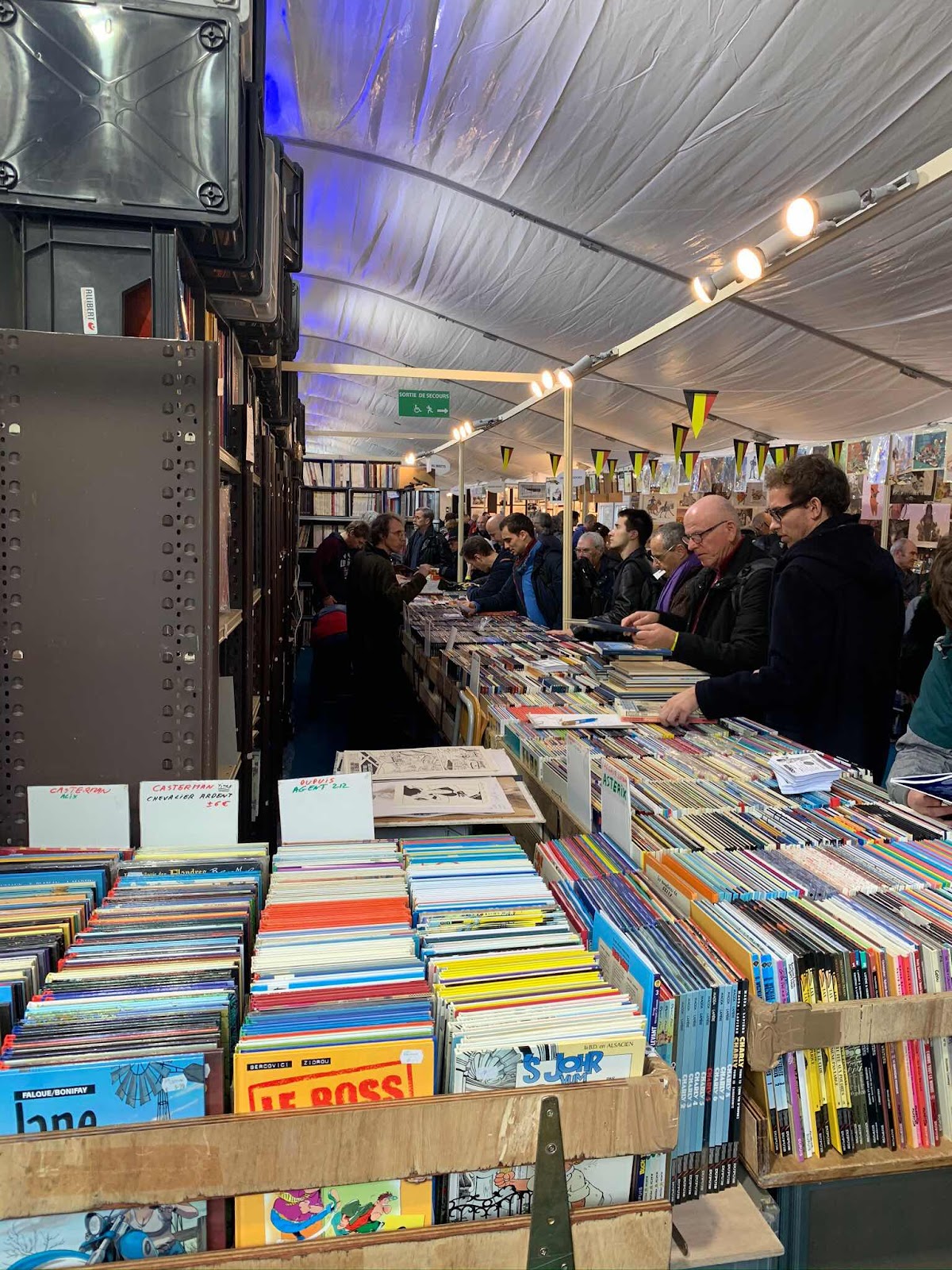 Not even the constant rain could ruin this event for this not so young Angouleme virgin!

Here are a few of the great covers and comics I saw and bought. 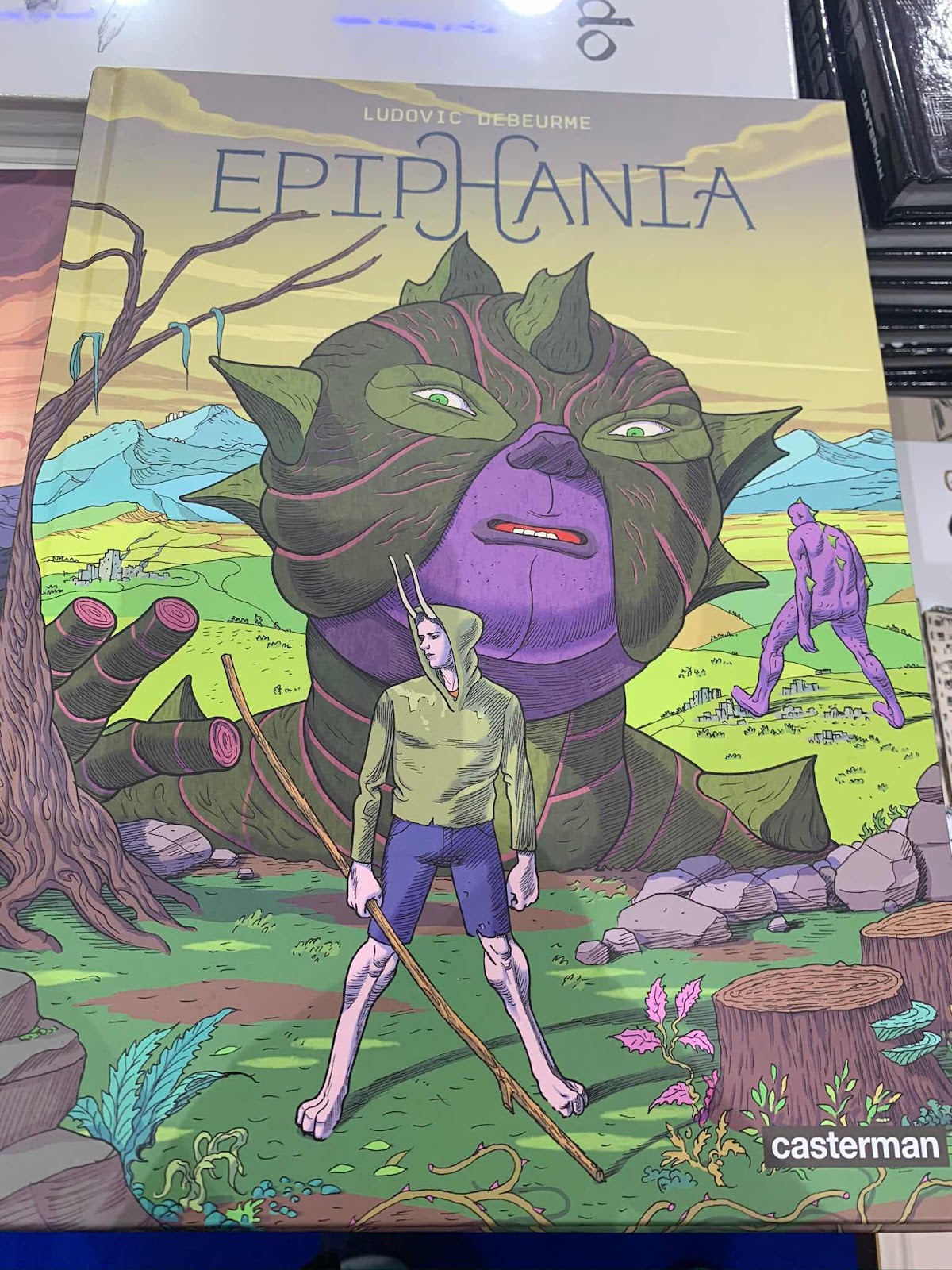 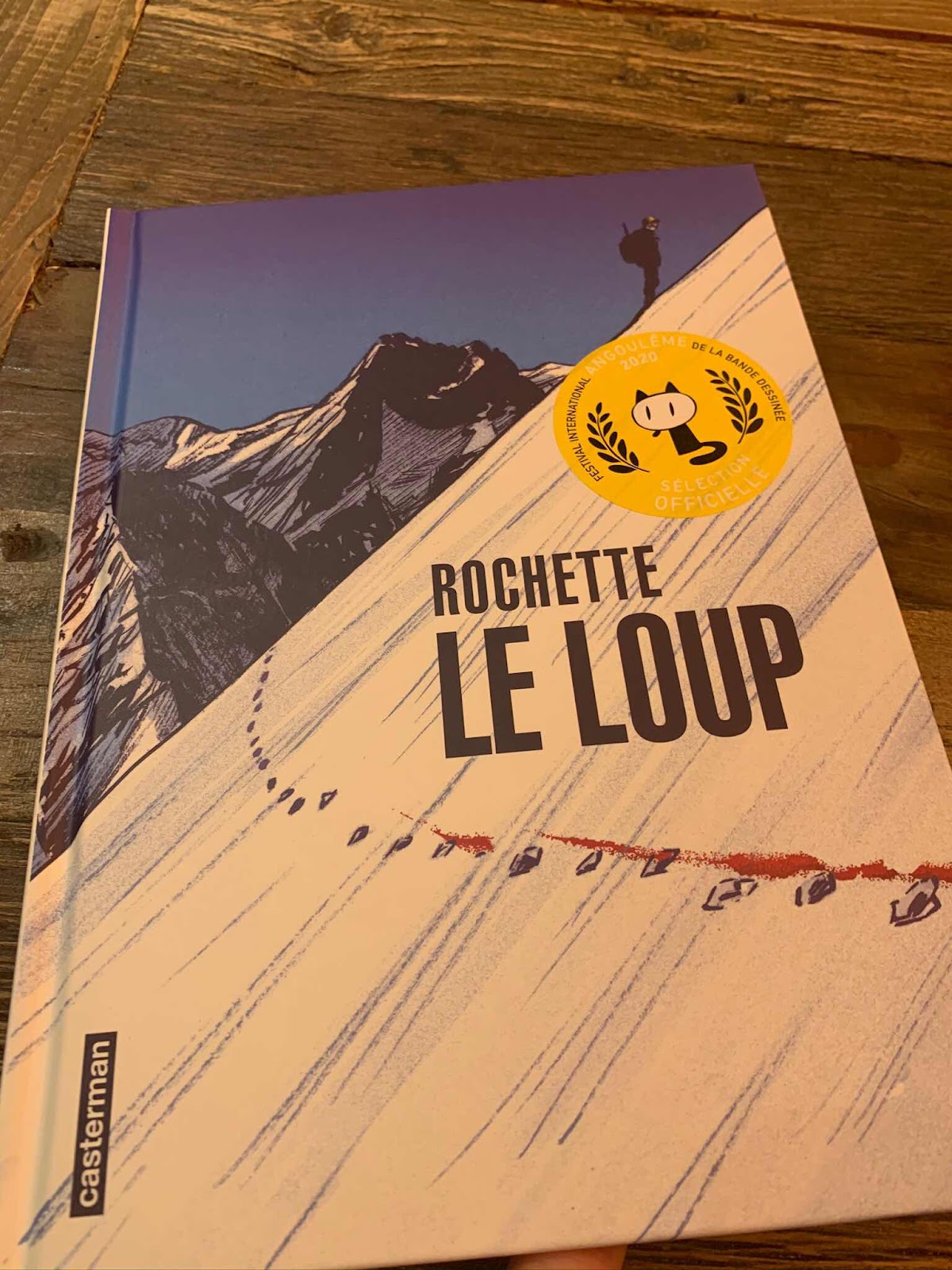 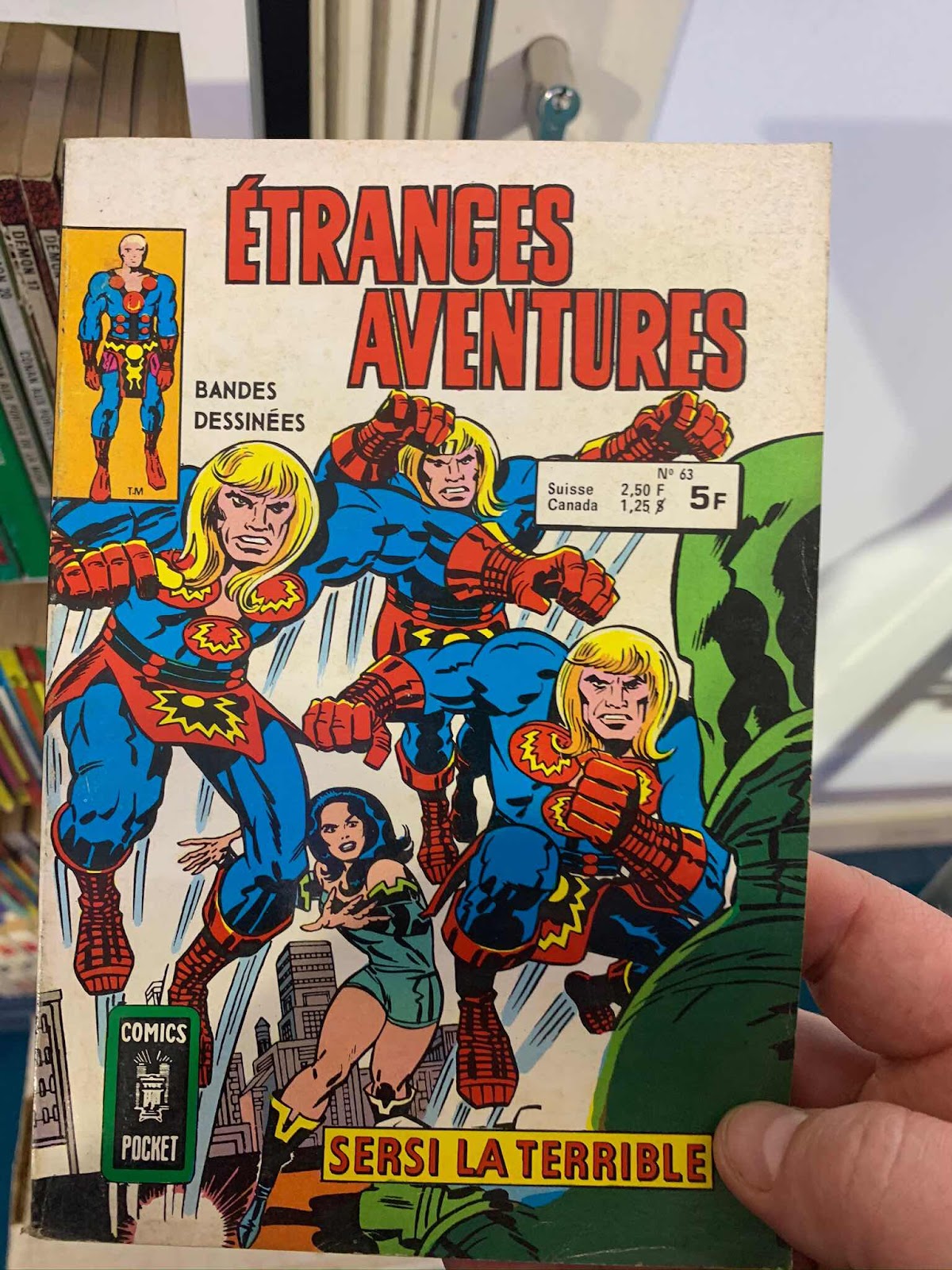 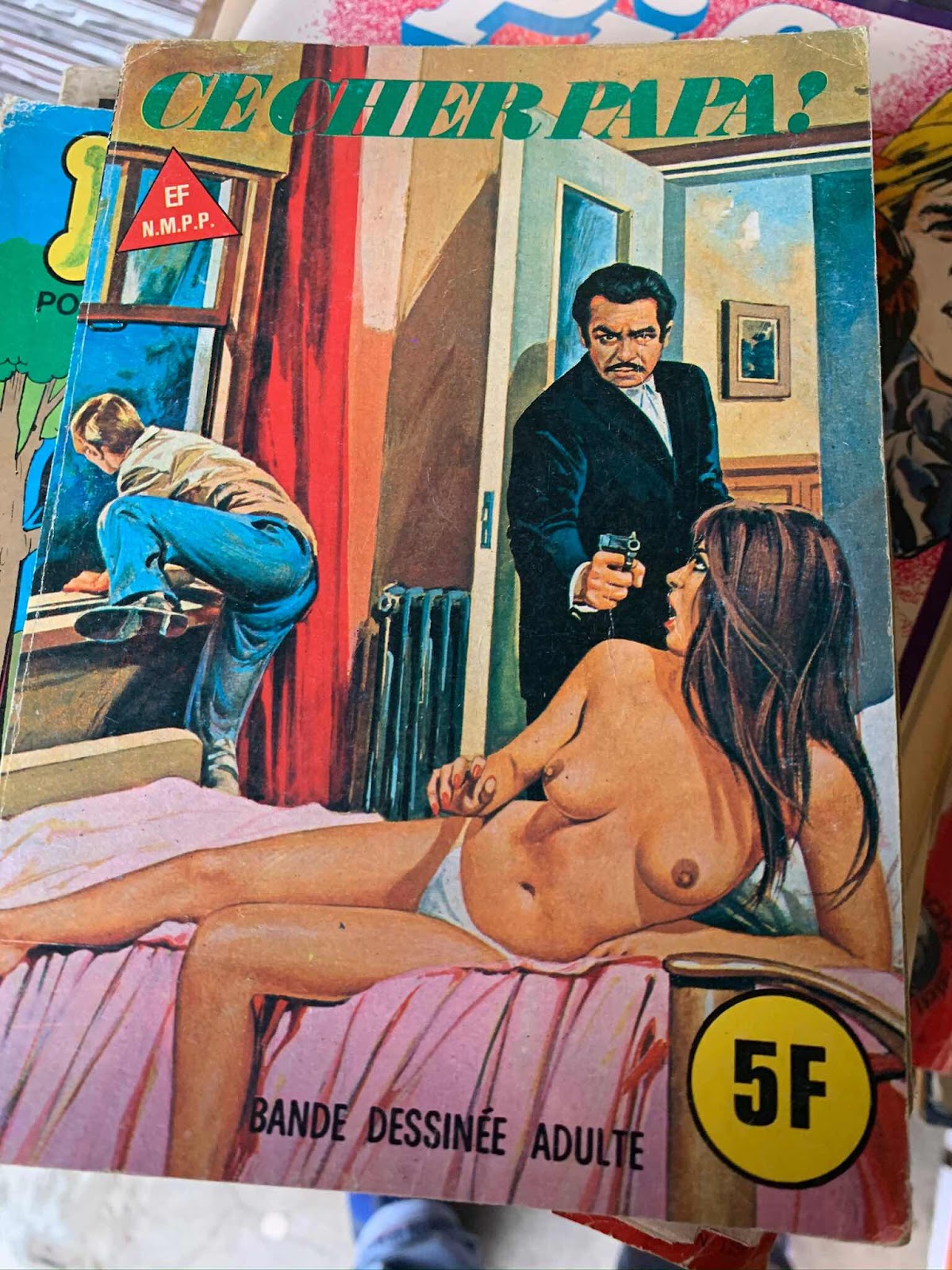 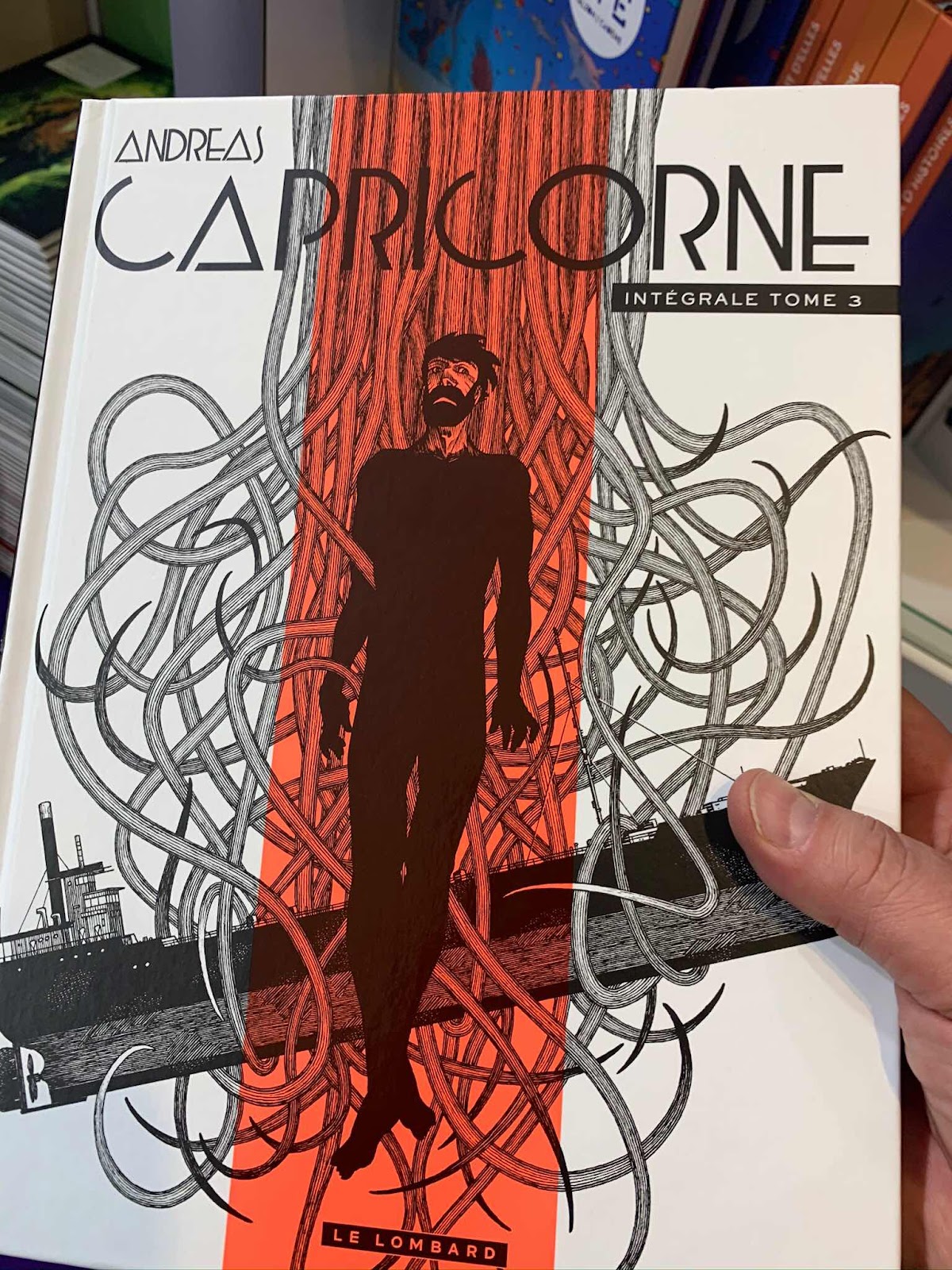 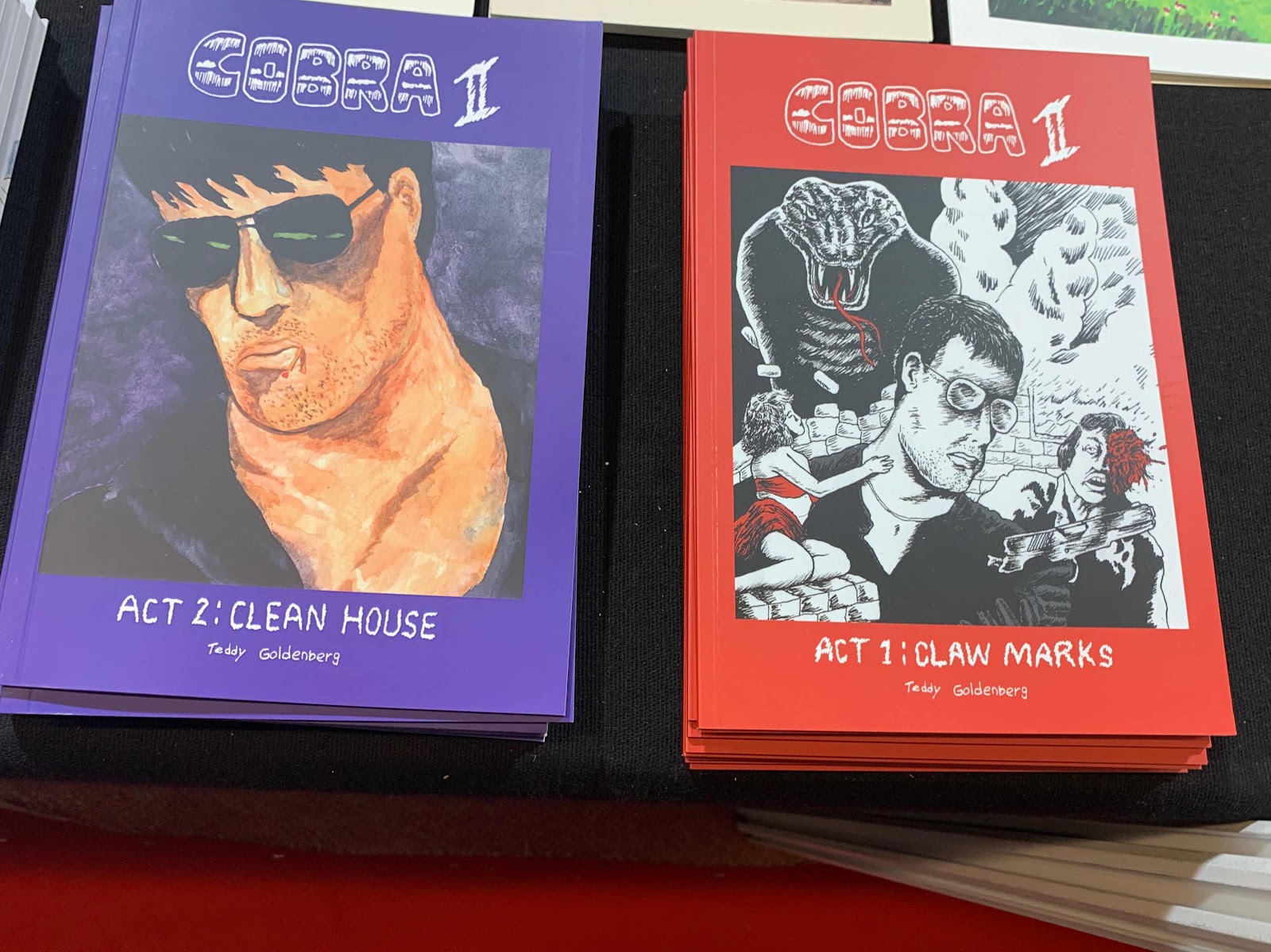 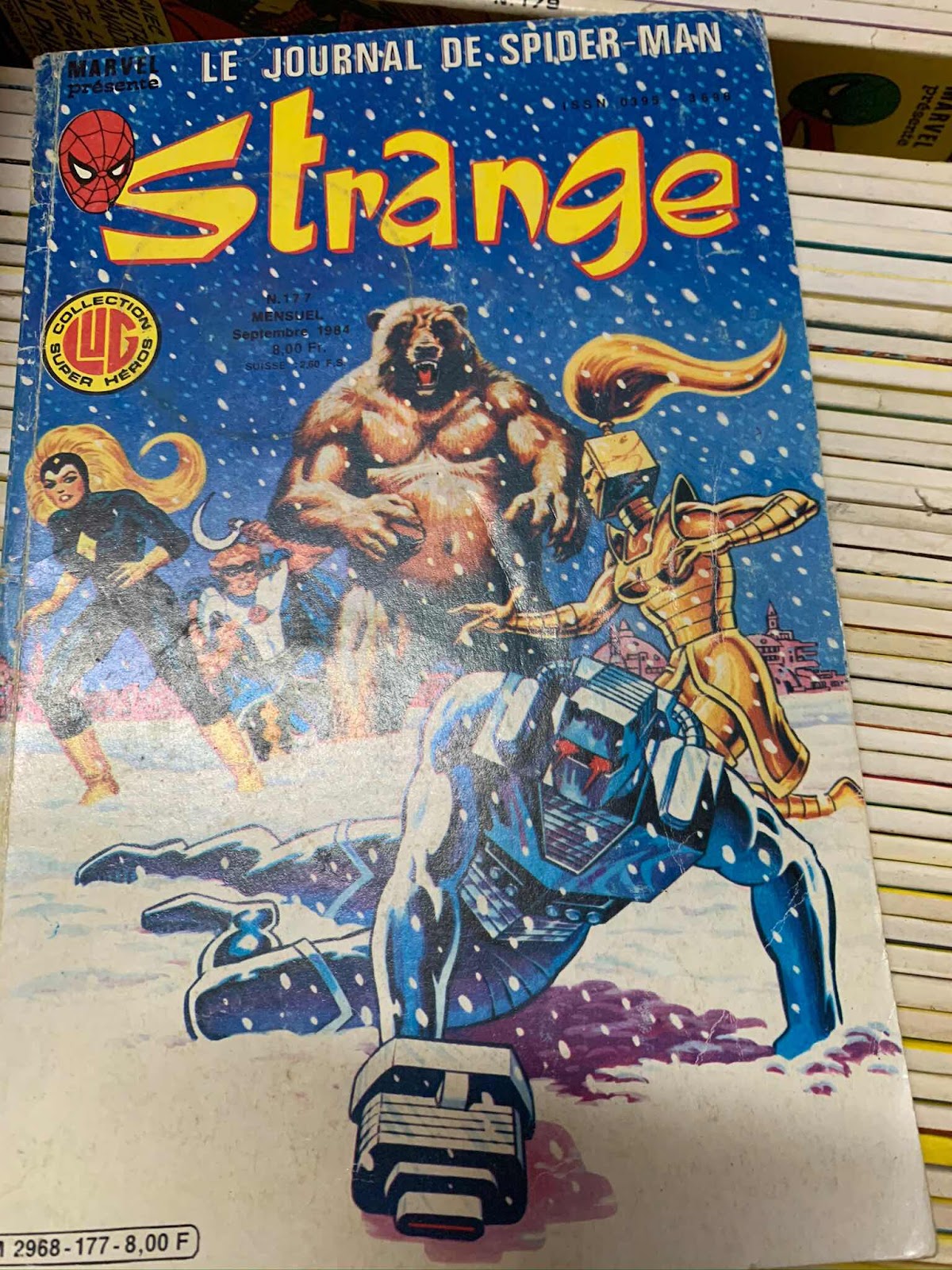 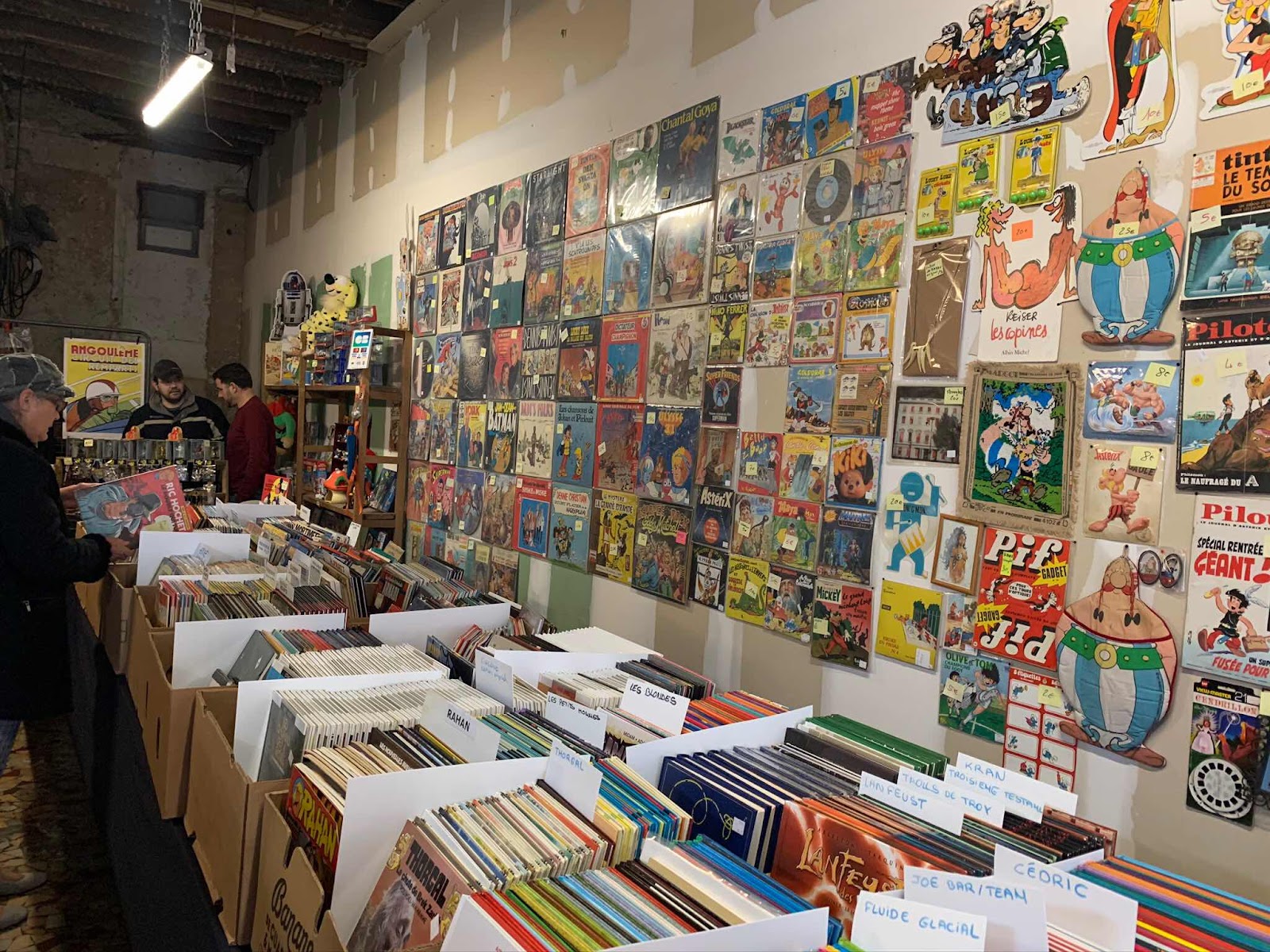