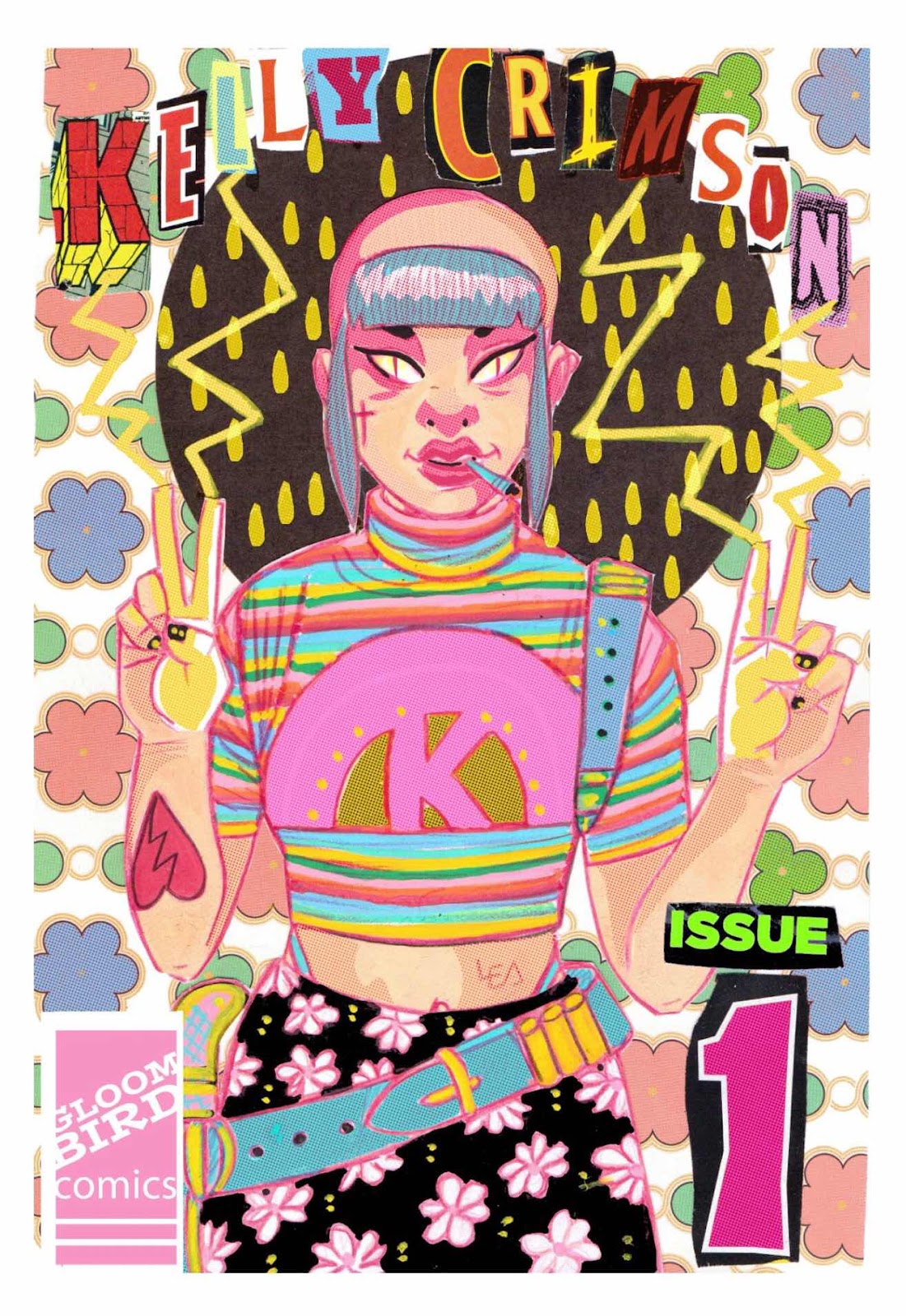 The Story - This is a short and violent revenge story. It features the titular Kelly Crimson who appears with a knife, snake-like eyes, a cannabis habit stranger than most and a punk attitude.

She kills those she decides that demand her very bloody actions and in the next issue she’ll be going to the beach. 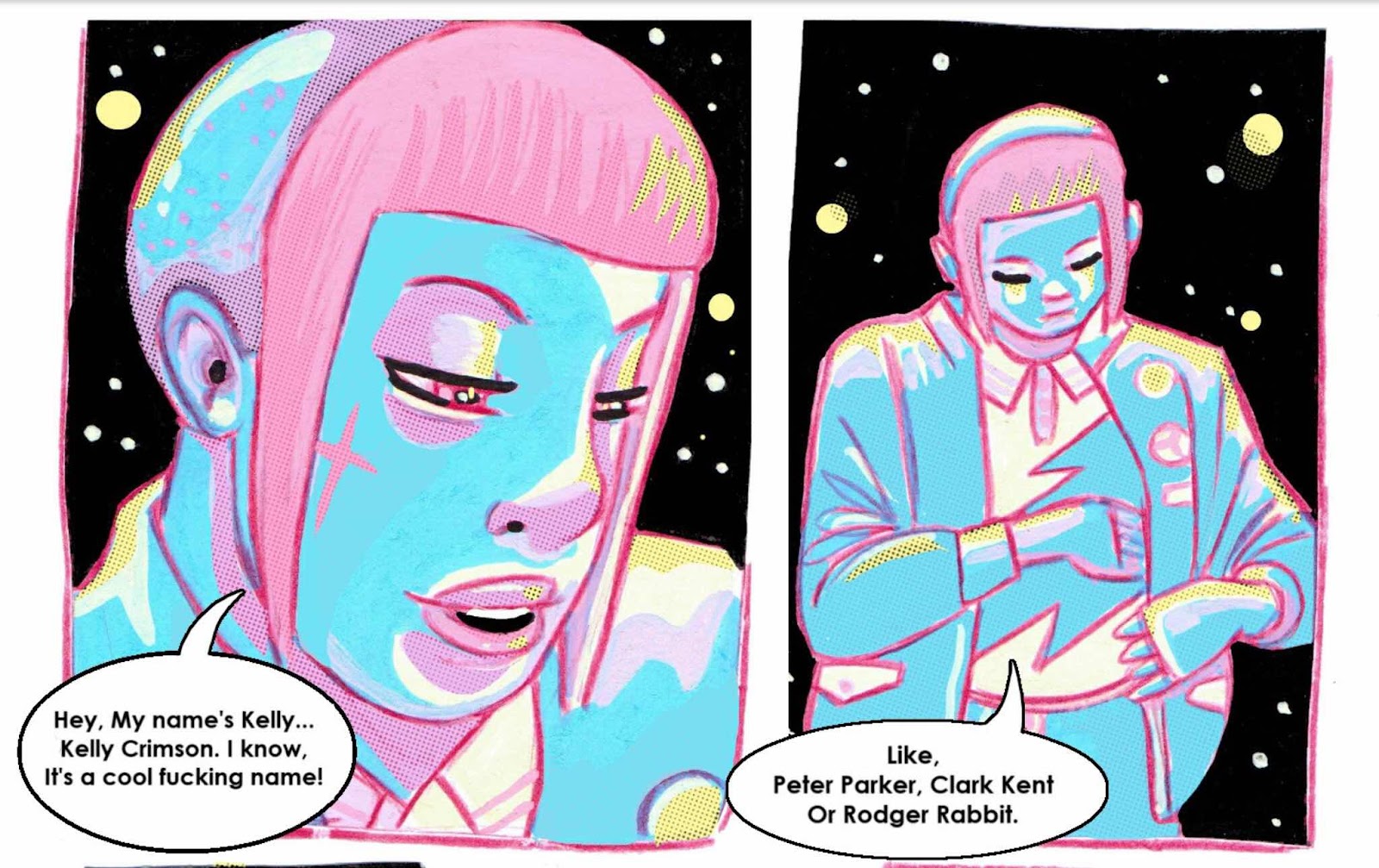 The Review - I read this as part of the subscription to Comichaus. It’s the first work that I remember seeing from this creator and the only work he has currently on this platform. It is a simply told story and a quick read so I won’t labour any points in my review.

To me the cover wouldn’t look out of place at a Zine Fair or on a table at the East London Comics Art Festival. It has a bright pop art aesthetic and features the punk hero surrounded by both dark skies and lightning and as a counterpoint bright mod styled flowers. The title is formulated like a Soho design studio started writing ransom notes and Kelly is wearing a rainbow crop top and sporting a spiffy gun belt.

You see Kelly’s telekinetic and psychic powers are brought on by her smoking a joint which she does pretty much throughout. The book opens with numerous, and to this reader far too many, panels that contain only Kelly and her irreverent soliloquy.  The first five pages are filled with twenty something images only of her and I found this a little repetitive and unimaginative. She lights a joint and talks about herself. The lettering looks far too bold/amateurish and has far too much air around overly thick type lettering. I would have preferred to see something a little more subtle and in keeping with the edgy antiestablishment feelings on show. Maybe something hand lettered would work?

Once you get the monologue of the first act out of the way the gorey action moves to the exterior of a nightclub and a doorman who ......... I’ll leave that to you to find out. It gets bloody and there’s a rather too jarring pop culture reference in the later pages. I’m drawn to the street level vigilante type stories and this is certainly part of that fictional milieu. It’s very rough around the edges and could do with a little more focus on story beats but I’ll be looking out for the second issue and admire the attempts at visual style made here. It jams together the artistic stylings of The Factory with the sudden violence of I Spit On Your Grave. It also makes no apologies and is different from a lot of stuff out there.

If you have a Comichaus subscription have a look for it. If not go over to Instagram and look up @KellyCrimsonComics