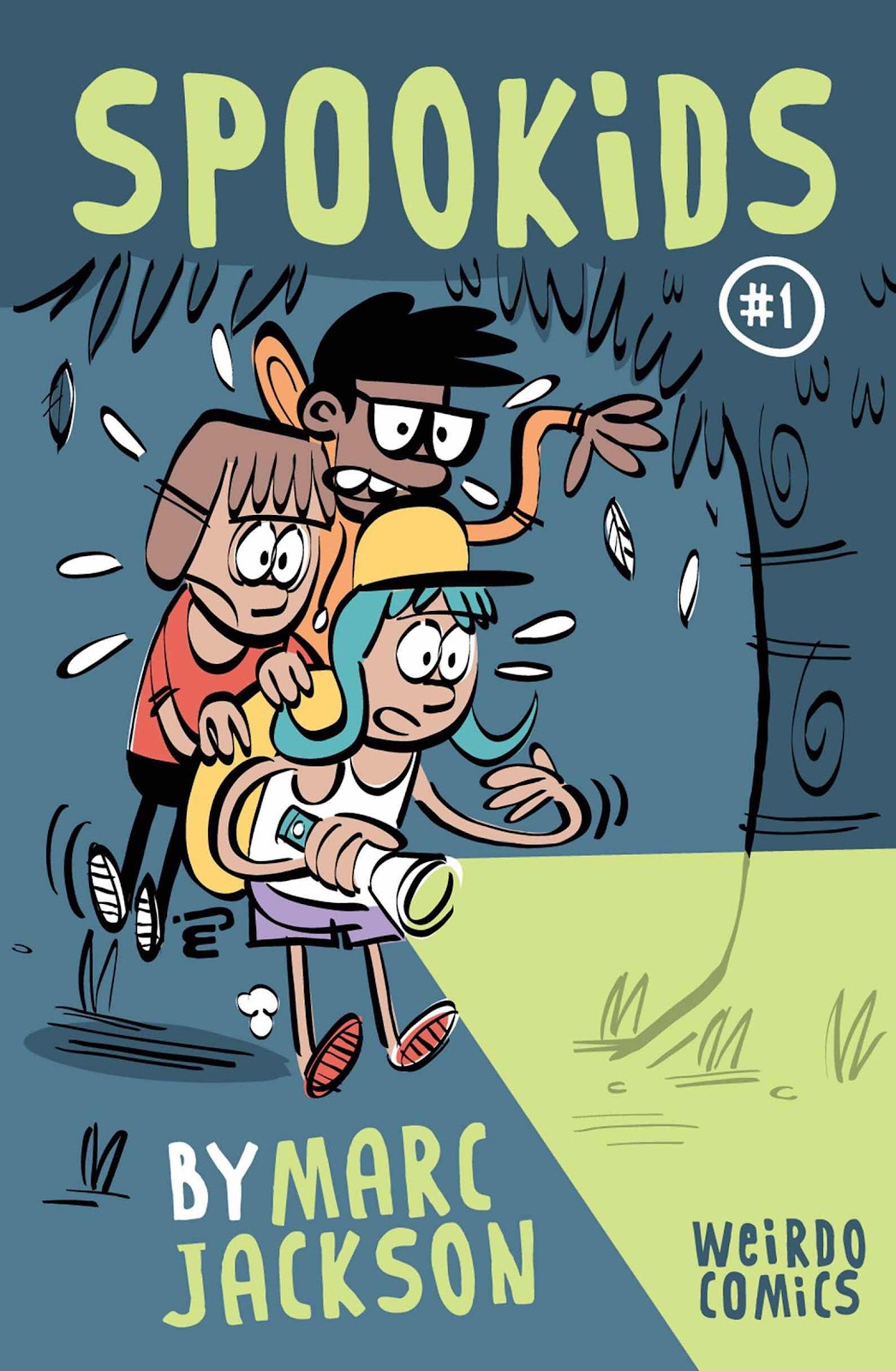 Here’s what Marc has to say about this new release on his website.

‘Join Nellie, Bud and Eric the “SPOOKIDS” on a weird and wonderful caper in the new 4-issue mini-series starting in November. When Eric’s latest invention goes haywire, things start to get strange in their hometown leading them into a world of weirdness! What is a “Brain-hat” who is “Fred Danson” and just what is going on will all be revealed over the next few months!

Fans of 1980’s cartoons, Stranger Things, Scooby Doo and Peanuts will love this sci-fi/monster comic, that is suitable for ages 8+’ 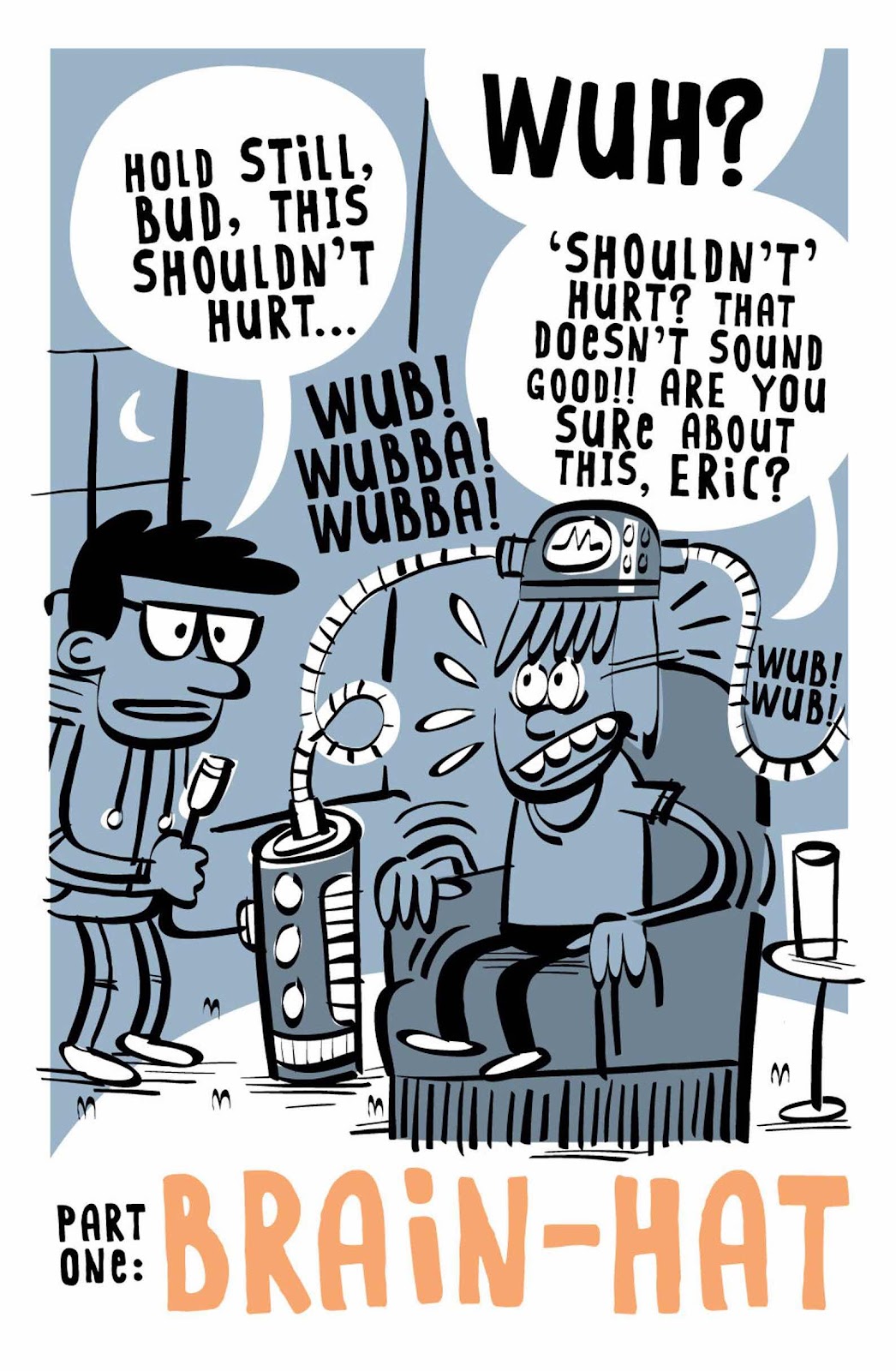 The Review - This book will be getting a release at Thoughtbubble in a few short days and you can find Marc in The Pride Hall at Table 33.

Over the last year or so I’ve had the chance to meet up with Marc and chat about comics. As well as being a really busy creator he’s also one of the organisers of MACCPOW - the Macclesfield Community Comics Art Festival that I was lucky enough to attend. He has a really striking and original all-ages style of comics art and writing that is immediately recognisable on a page. This style is assured and honed and has a hilarious energy.

‘Spookids’ is what us old folks used to call a ‘mini series’ and also has echoes of an age gone by within it’s storyline and tone. It also has that irreverence that we know well from good kids comics. It is the sort of comic that is so full of dangerous antics that make it a gem for a kid to read and giggle from the back seat of the car on a long drive. (Editor’s Note - experimenting on your friend’s brain is not recommended!)

‘Just one of Eric’s dumb experiments that almost killed me.’

The characters never sit still and even when just chatting are full of motion and activity. They don’t stagnate in front of computers or stare at smart phones they run about and have adventures. (Another good idea to set it in the eighties). The kids head into the woods or argue animatedly about ‘Nerd Stuff’. The comic also ends on a fun twist that makes you look for that next issue. 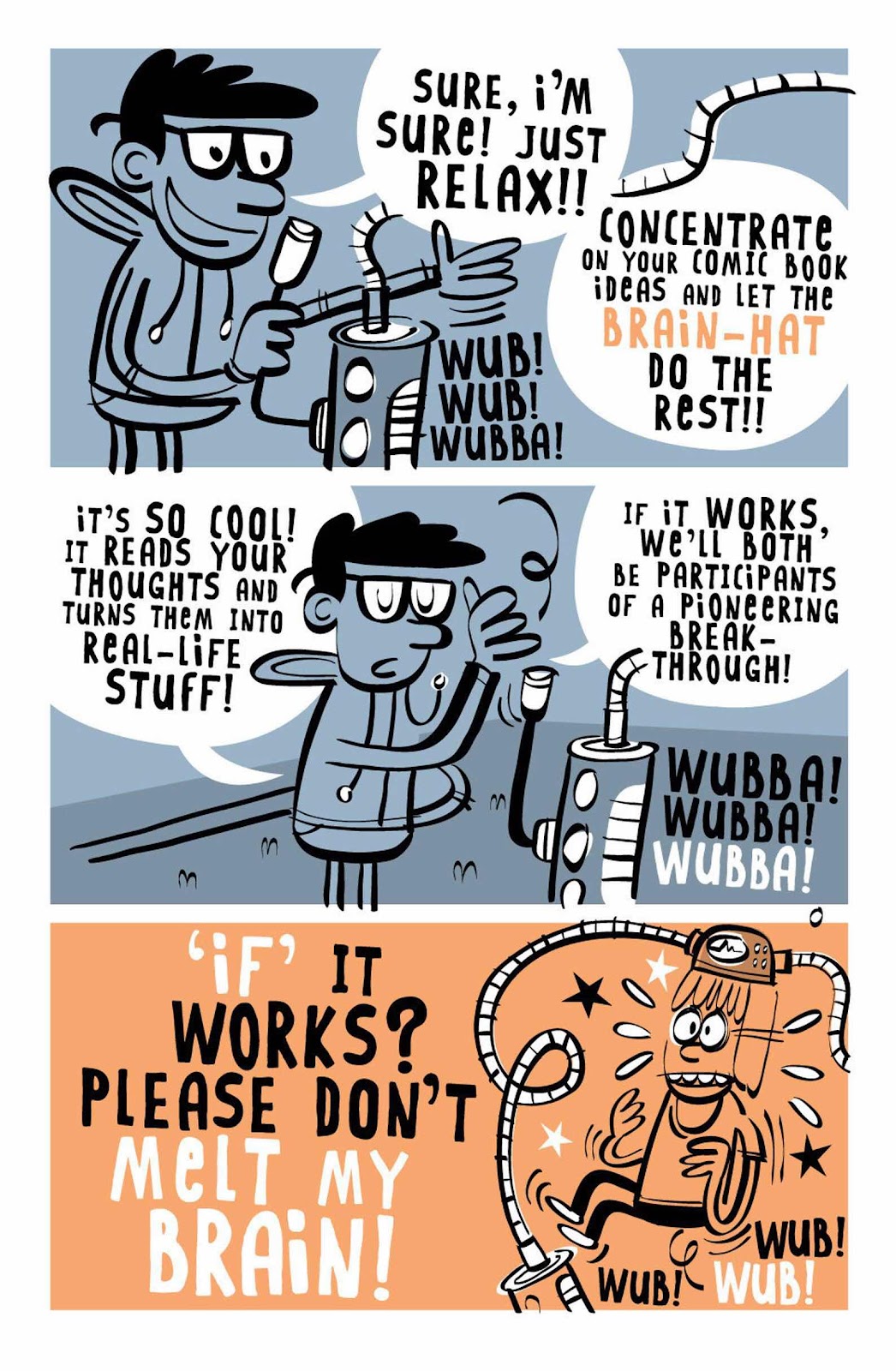 I have a few reservations about the colouring and layouts. For a style so dynamic and bouncy I feel it was a mistake to go with the two colour panels and to stick over and over again with the page layouts of three horizontal panels. For me this became a little bit of a labour to read each page and sucked some energy from the art. Marc’s line-work and character designs are so kinetic that a full colour job would have worked much better. A good example of what I mean is the final page big reveal is considerably dulled down and the impact lessened by having a solid grey across the page and little spots of orange. The possibilities to go nuts here are completely lost.

You can find Marc on Twitter @MARCmakescomics and buy his comics over at https://www.etsy.com/uk/shop/Marcmakescomics

On Saturday at Thoughtbubble Marc will also be running a couple of workshops. (See below for full details). 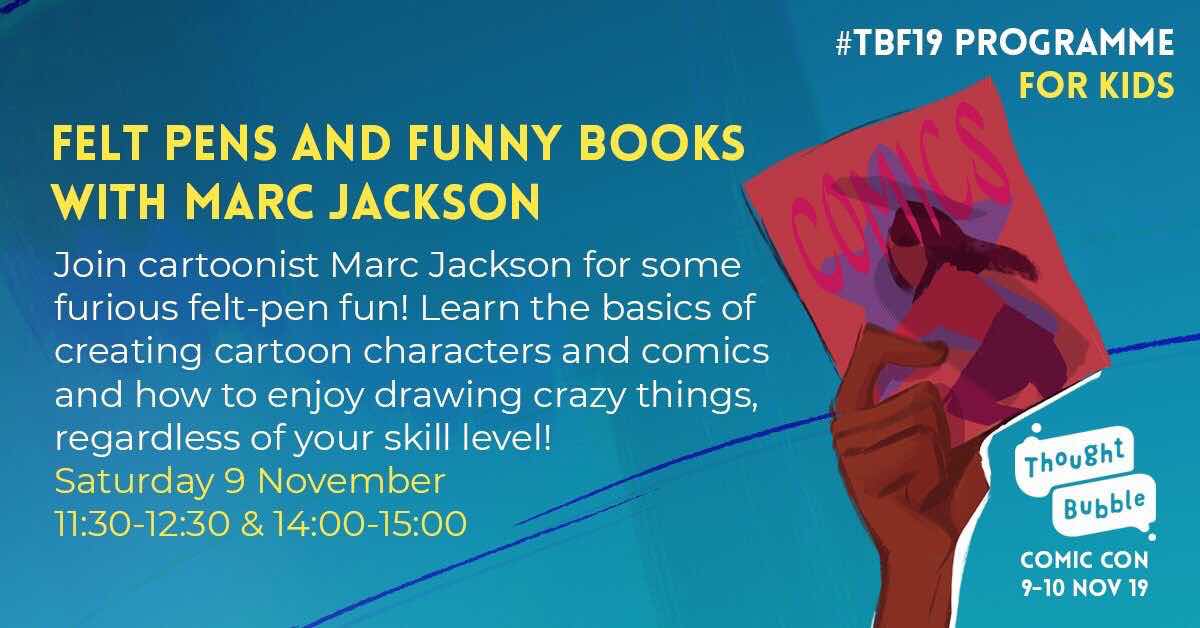