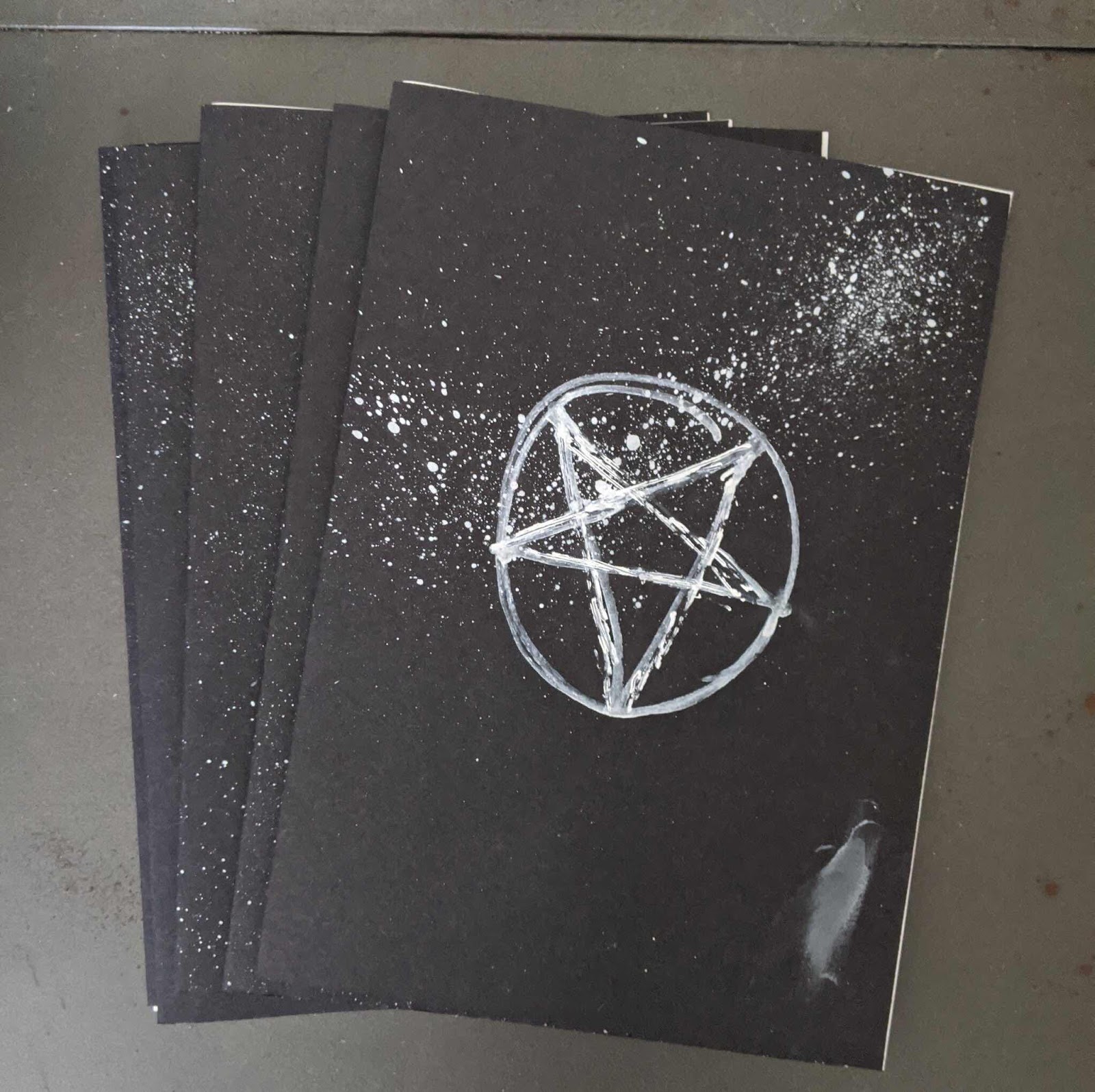 ‘Satan’s Library’
Created by Adam Falp.
Black and White - Hand Bound - Free.
The Story - ‘A comic about comic shops, buying comics and collecting unusual comics.’
The Recommendation - This is the new release from the prodigiously active and creative Adam Falp. Full disclosure here that I am currently working on a new series with Adam so I shy away from a full review of this new book. But what I can say is that this is original, creepy, seriously strange and one of the best things he has produced to date.
You really need to experience this story. 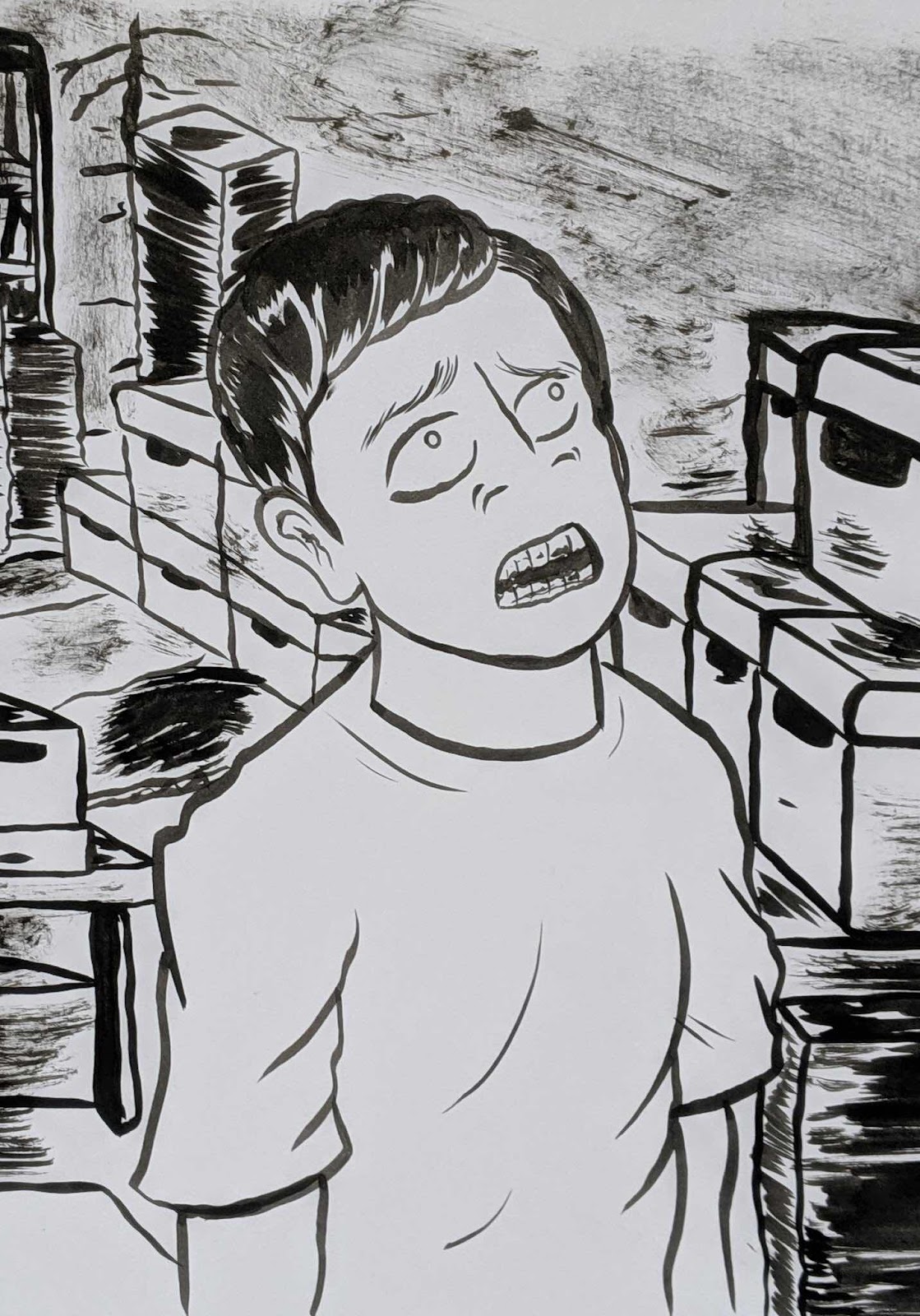 A young boy goes to a messy back alley comics shop. He talks to the wizened and unshaven owner and asks for a particular comic. A comic that stops the proprietor in his tracks before he heads off to find a copy of this bizarre underground produced issue.
But that’s not where this ends. Not only does Mr Falp tell the story of this unsettling interaction but he also staples into the release smaller sized copies of the comics the boy reads. One of these comics is The Unstoppable Kaijuman! And as well as some great Bronze Age inspired storytelling we also get recreated adverts that we all remember from those heady days of the seventies and eighties! The other comic is Brain Reel issue 21 and is an esoteric homage to underground and creepily arcane feeling comix. ‘This second comic also has a biography tone and may show the two sides of the creator - from boyish collector to murderous intent? The last page shows Adam himself at his drawing board and brings this meta head-trip full circle. 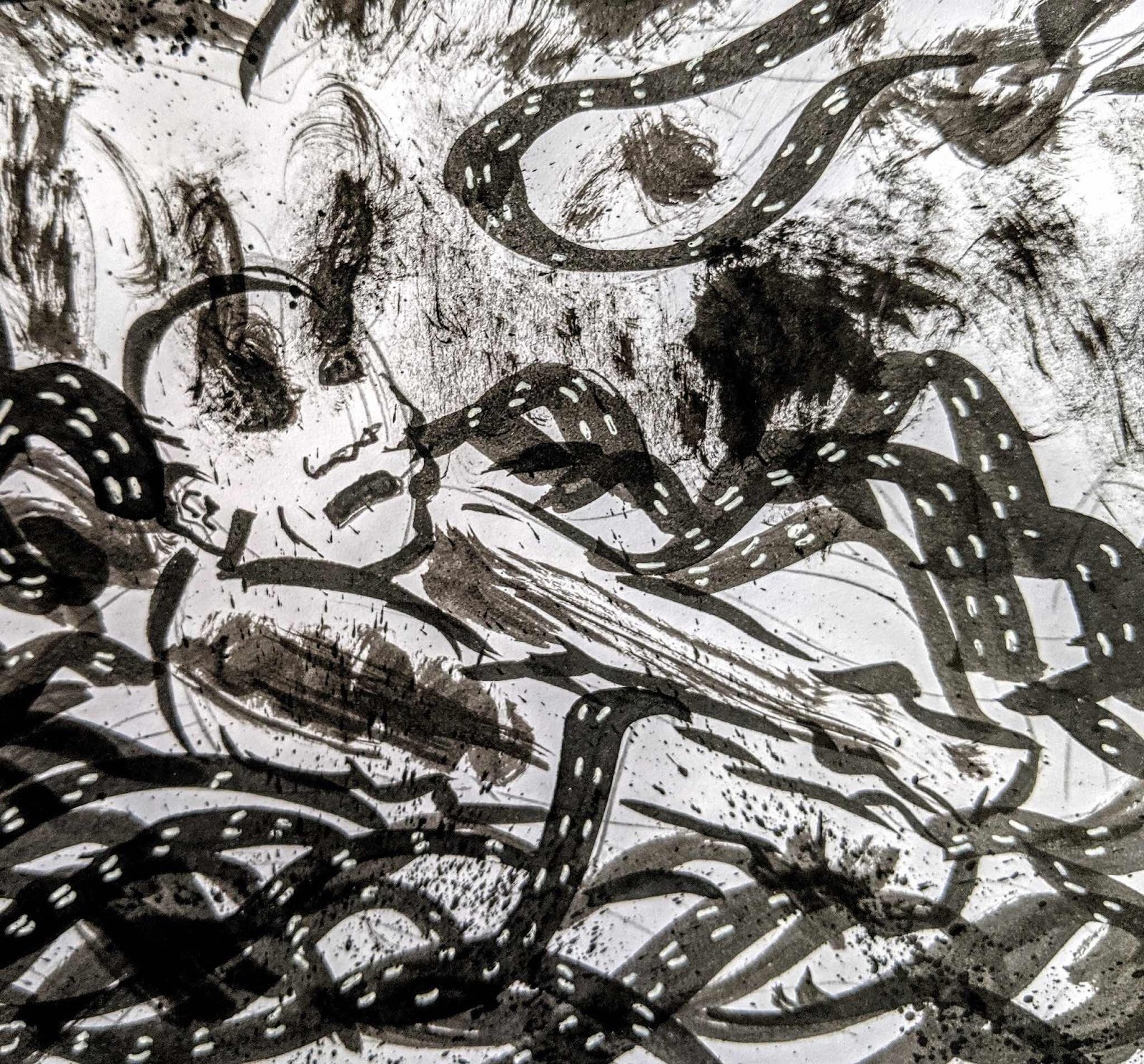 Adam has added the nostalgic with the experimental and wrapped the project in a chilling biography of what could happen at a comic shop of a type we all remember. He is really hotting up as a creator working in the British Underground Comics/x scene and one I advise you pay attention to.
Be warned! This book is free. It is also limited in availability. I’d suggest that you buy something else as well if you visit Adam’s website at https://www.adamfalp.com/
You can Also find Adam over on Twitter @adamfalp 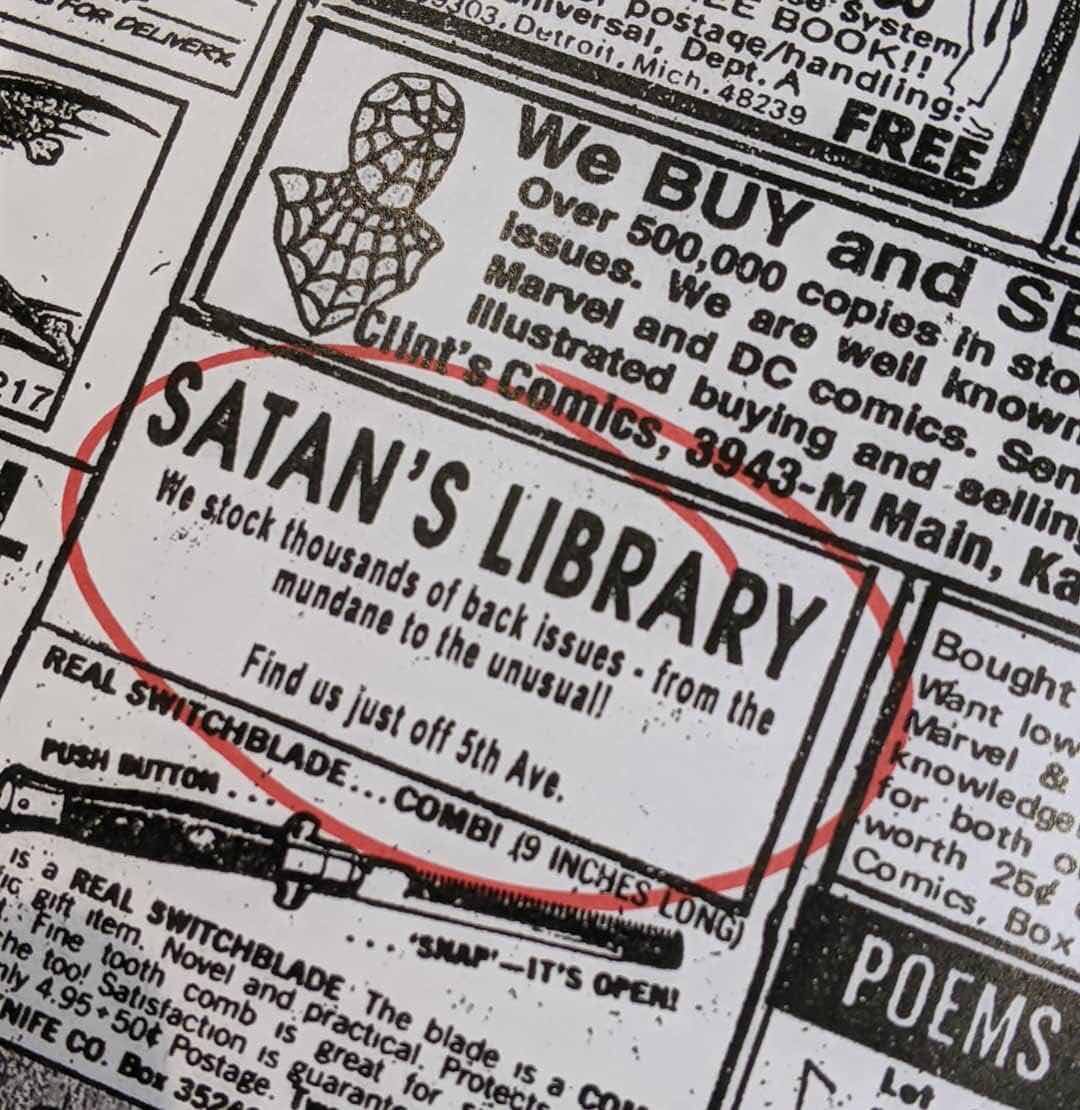 You can also find Adam tabling at the upcoming BAM Comics and Zine Fair in Bath on the 7th December 2019. It’s going to be held in The Komedia on Westgate Street and is free entry.
You can find all the details of this great event here https://bamcomicfair.blogspot.com/ and follow them on Twitter @bam_fair Hope fully I’ll see you there.
Many thanks for reading.